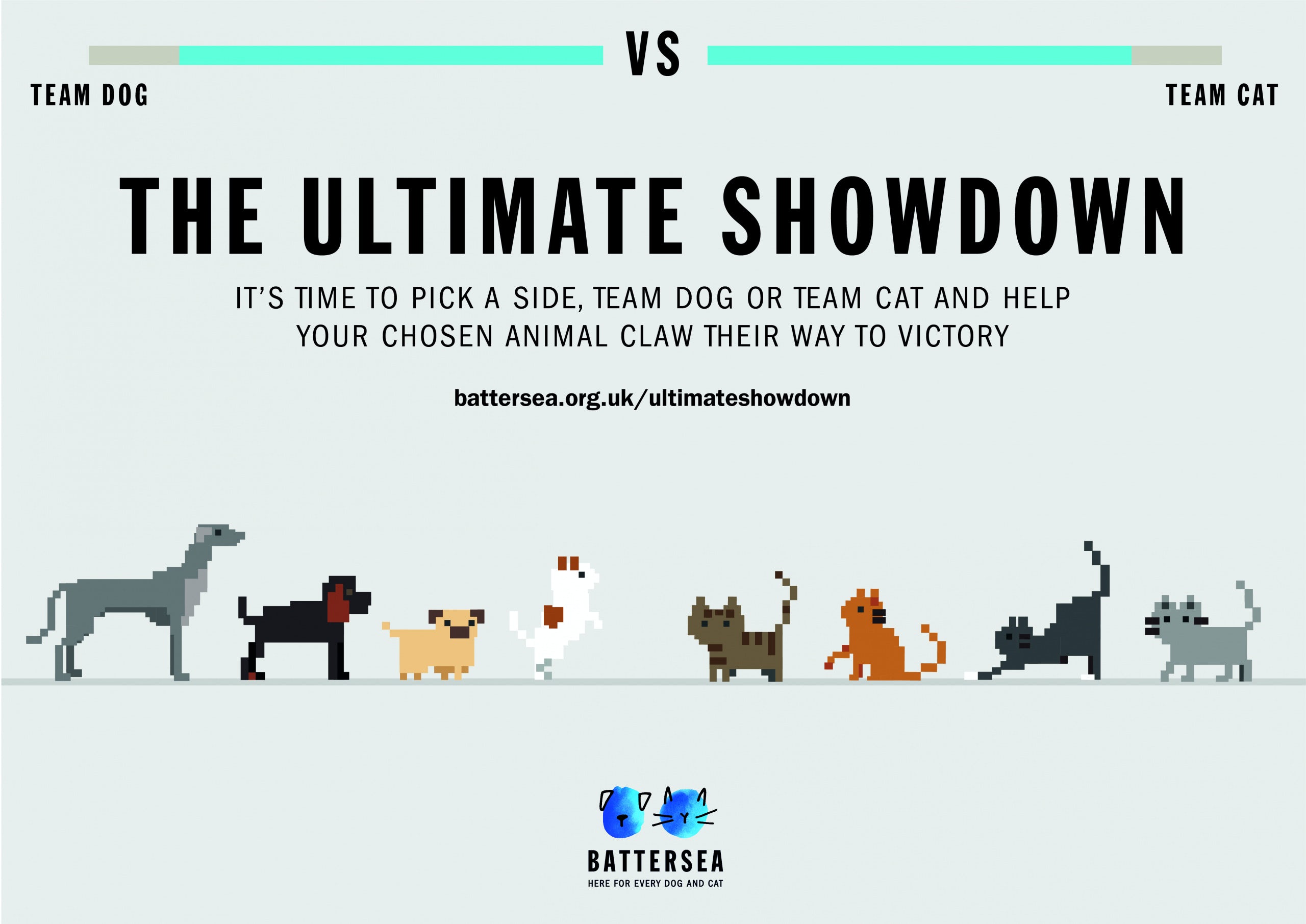 In 2019, Battersea Dogs & Cats Home made its first foray into the gaming world with a new fundraising campaign, The Ultimate Showdown. Under the proposition of Team Dog vs. Team Cat, the animal shelter asked gamers to pick a side and help their chosen animal claw their way to victory by hosting a sponsored gaming marathon. The top fundraisers from each team were then invited to Battersea’s London centre for a live-streaming event, hosted by gaming platform Twitch.

The design team were briefed to come up with an engaging identity that would feel consistent and recognisable for regular supporters, while simultaneously capturing the attention of a new audience. Drawing influence from the gaming community was of the utmost importance, as was weaving the cause into the very heart of the campaign.

The team researched gaming graphics and were drawn to the retro 8-bit characters seen in games such as Space Invaders and Mario Cart. They also took inspiration from Street Fighter; its premise of pitting one contestant against another fit perfectly with the proposition.

Using photos of real Battersea animals, the team translated breeds, stances and personalities into one-pixel squares in Adobe Illustrator. Further nods to the gaming world, such as the score bar and competitive messaging, were developed to heighten the sense of rivalry.

In the run-up to the campaign, the visuals helped generate sign-ups and encouraged people to sponsor their favourite team. The assets, including GIFs and static ads, were used across a range of digital platforms, including social channels, JustGiving and the Battersea website. The design team also collaborated with creative agency Covert, which developed the concept into a teaser video, helping to bring the characters to life and build excitement around the campaign.

The fully fledged identity came to life on the night with roll banners signifying the gaming spaces for each team, merchandise including T-shirts and wristbands, and digital assets that were overlaid on Twitch. 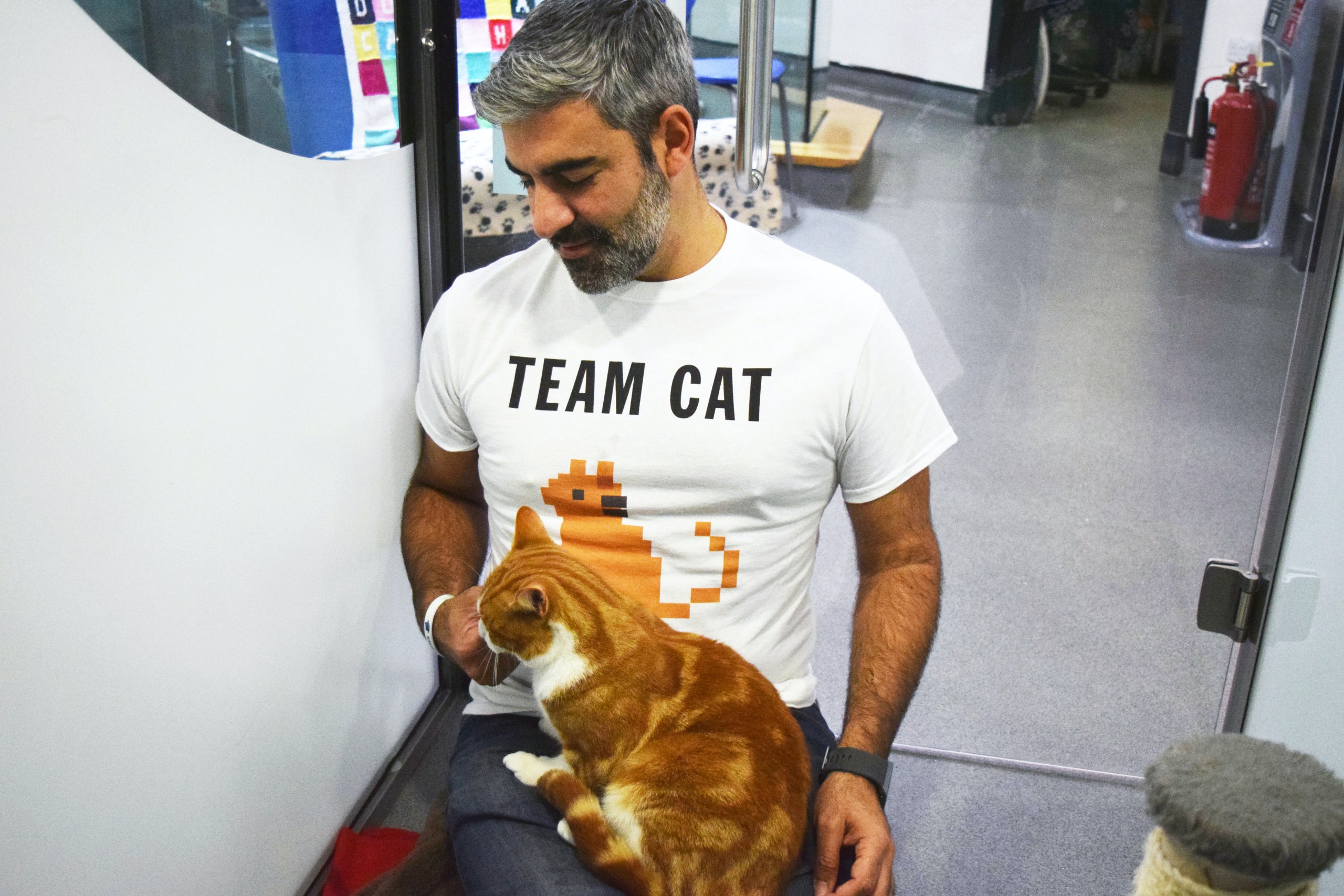 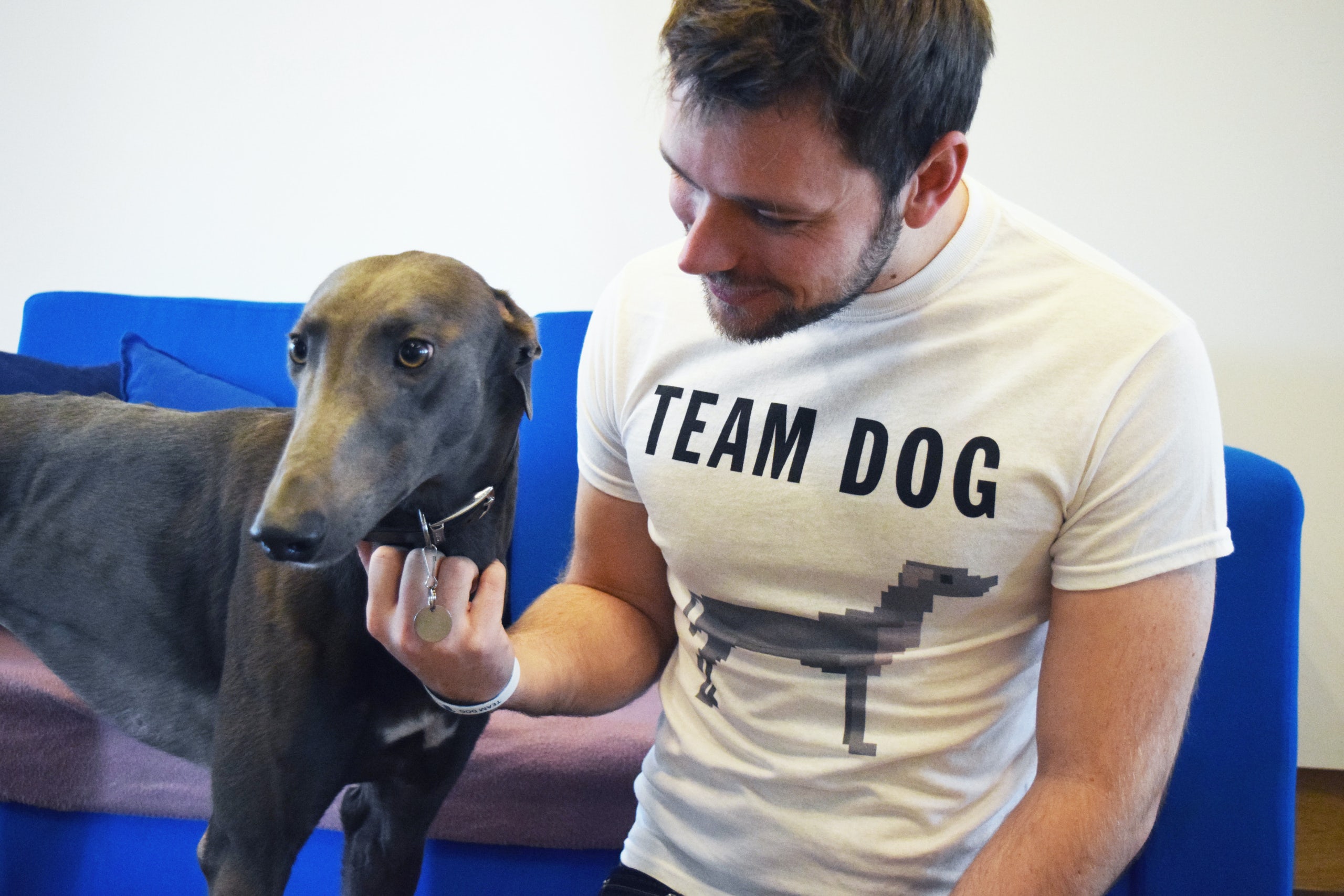