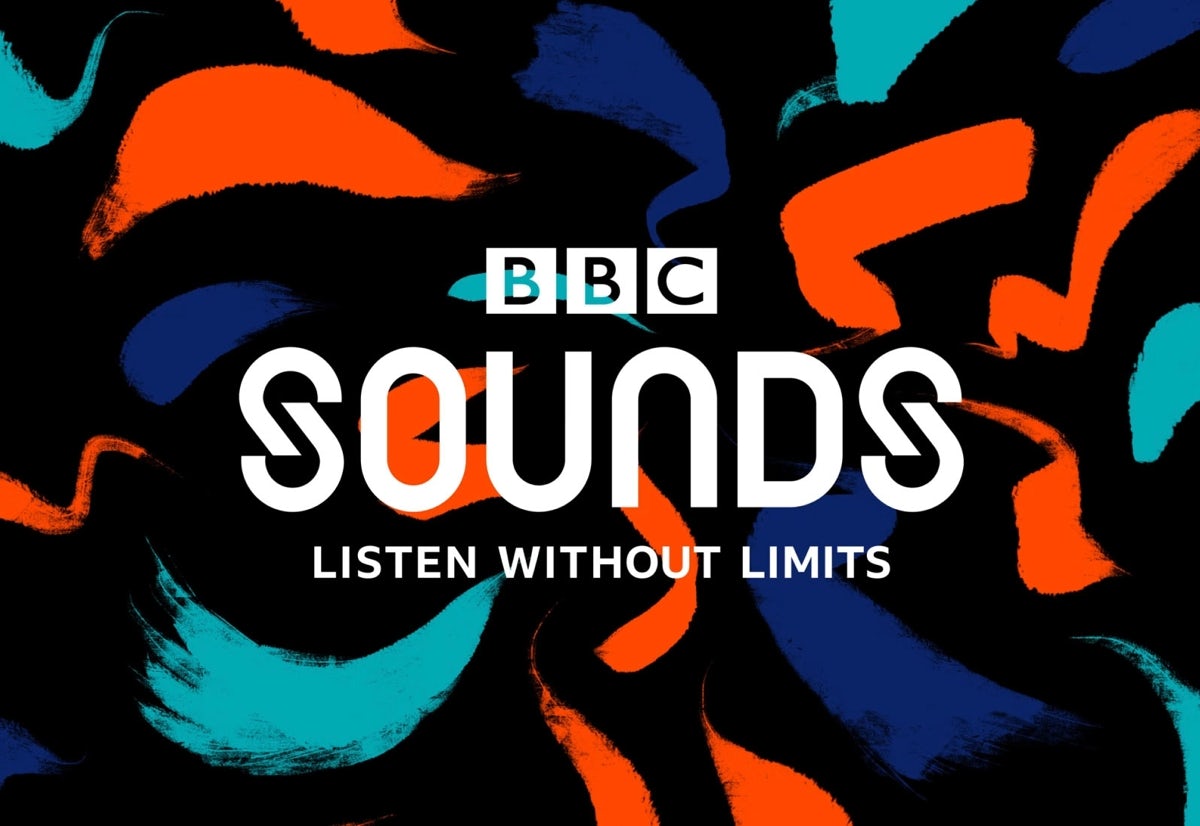 The app includes thousands of hours of radio, music and podcasts, which can be listened to live or saved for later. Much like Spotify or Soundcloud, BBC Sounds creates a constant stream of audio for users, recommending new suggestions based on what’s previously been listened to.

Mother Design spent a year working closely with BBC in-house teams to name and brand the app, and create a launch campaign. The agency designed a visual language based on human gestures, building up a library of colourful brushstroke-like elements that can be added to photos, used as backgrounds and incorporated into branding. 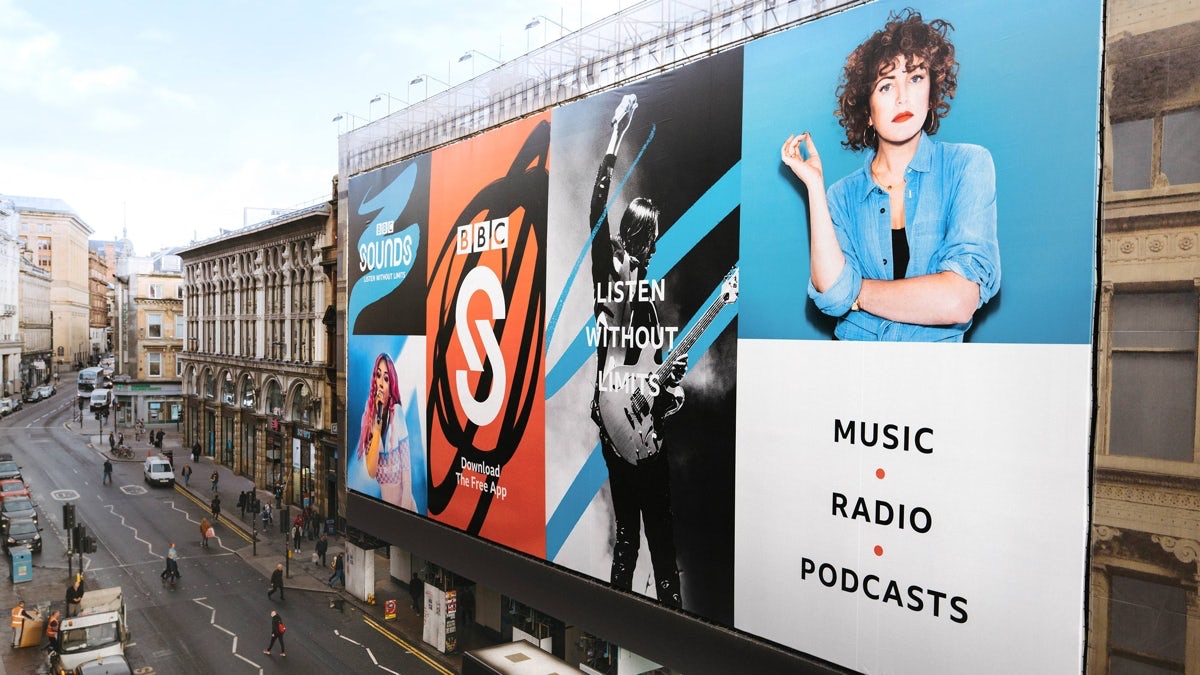 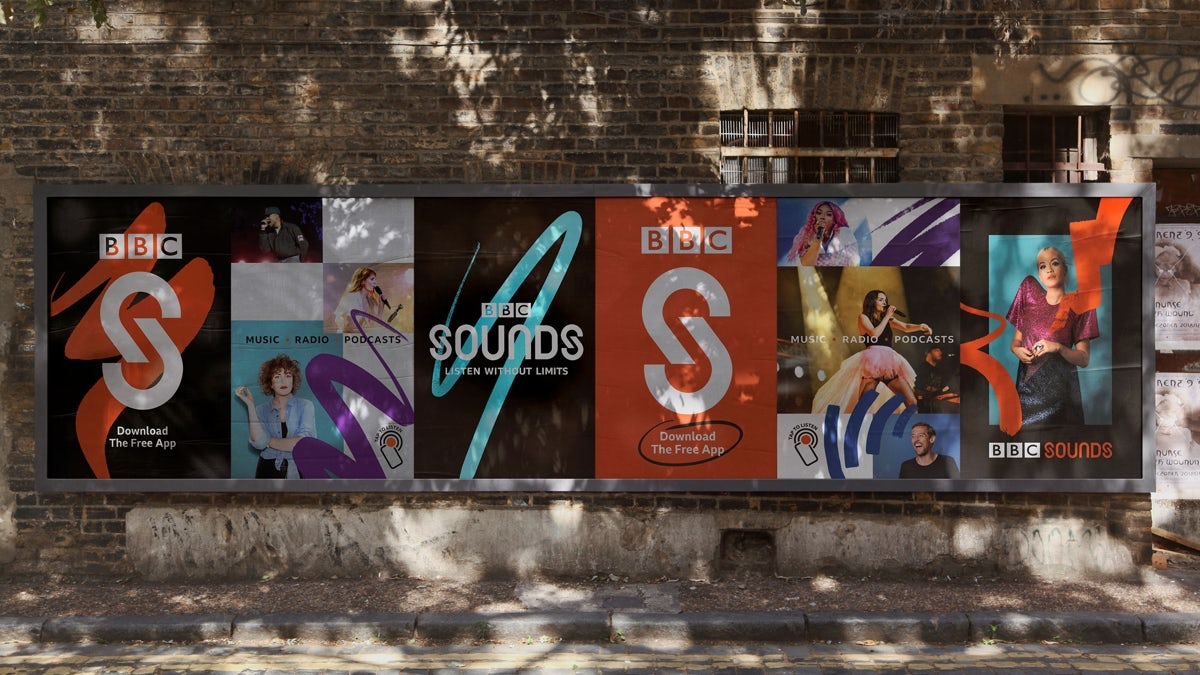 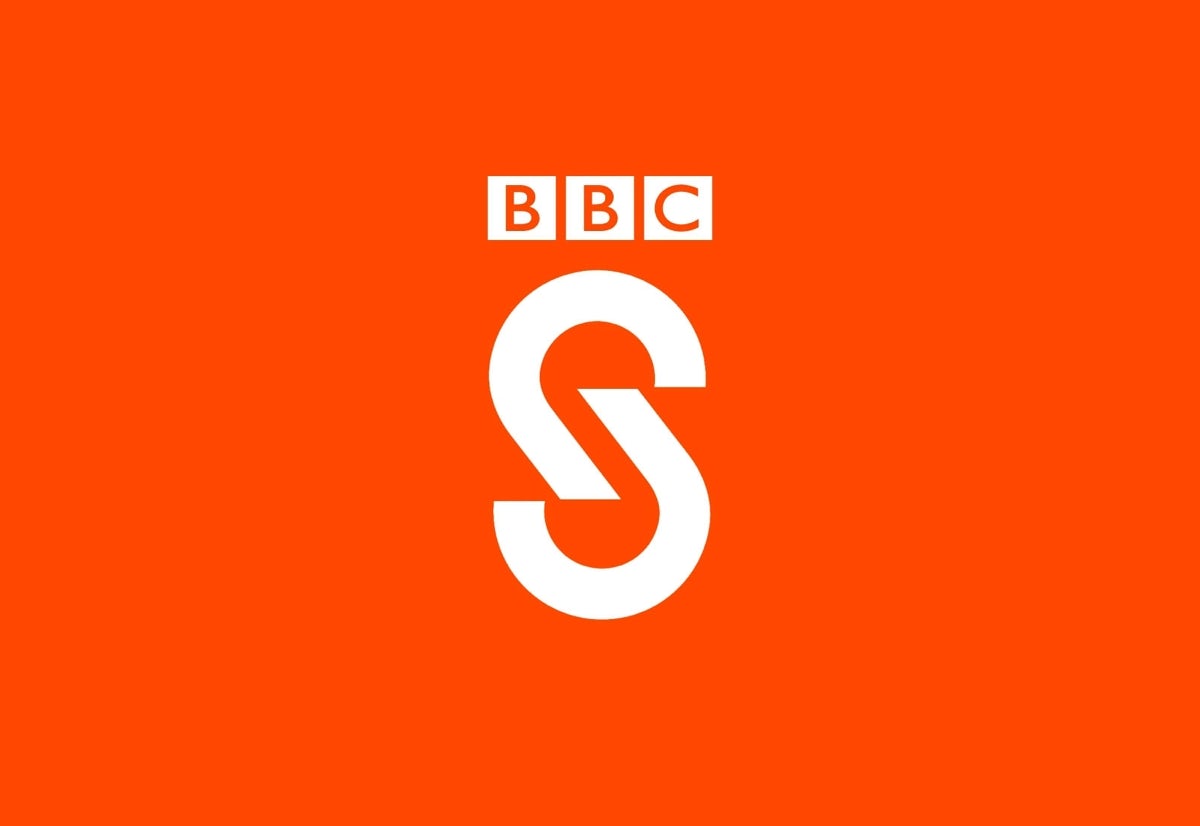 According to Thomas Humeau, senior designer at Mother Design, the team chose a vibrant orange to distinguish BBC Sounds from rival music apps, and the colour appears across the app’s branding, complemented with purple and teal.

BBC Sounds’ logo has echoes of the ‘infinite play’ button about it, as well as a pair of ears that bookend the Sounds wordmark. The standalone S appears across a raft of billboard ads to mark the launch of the service, as well as prominently on the app itself – which is free to download. 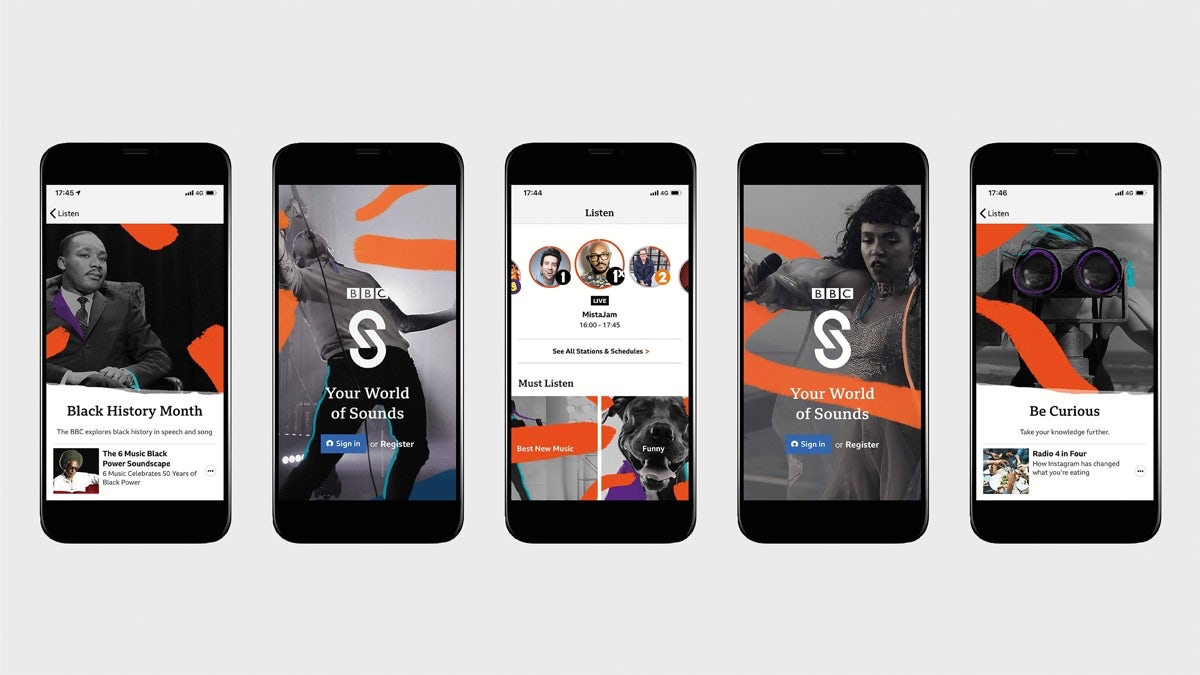 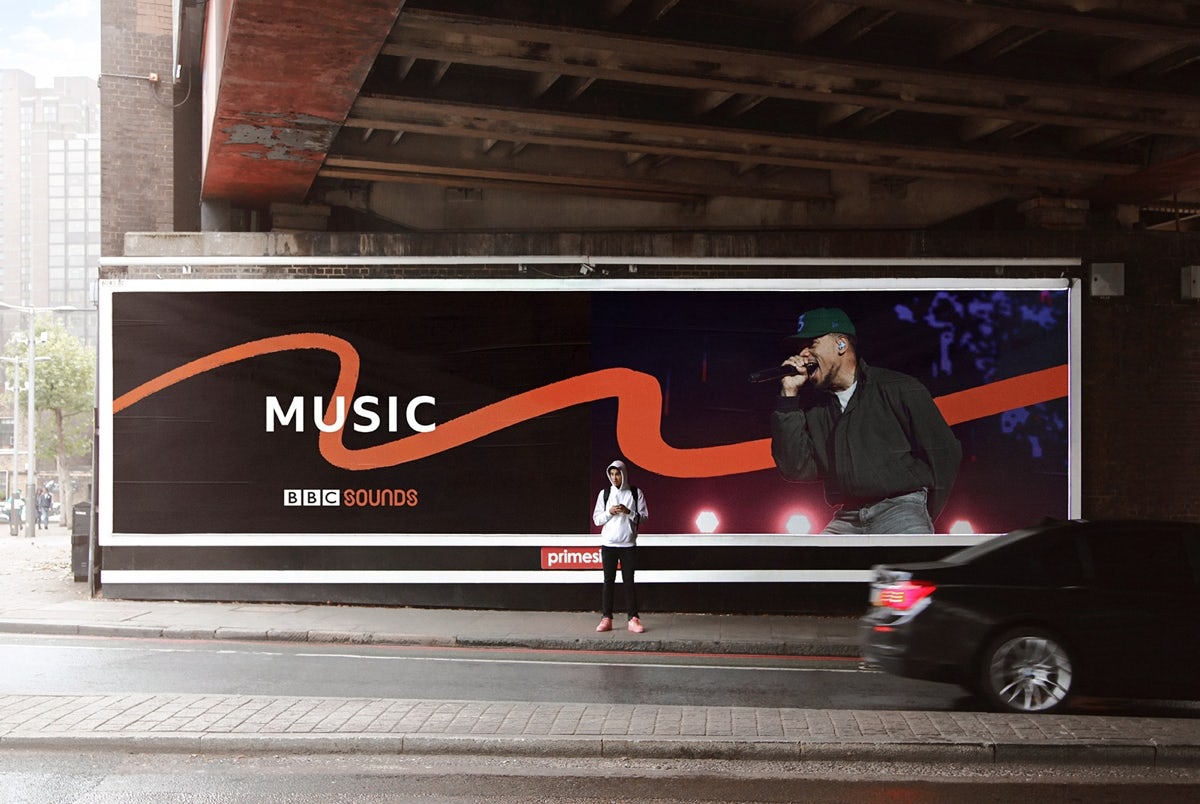 “The brand language weaves all of these elements into a highly flexible system, while always maintaining the human element of BBC Sounds,” says Humeau. “Our aim was for it to reflect the expressive, creative and deeply personal experience of the app.”