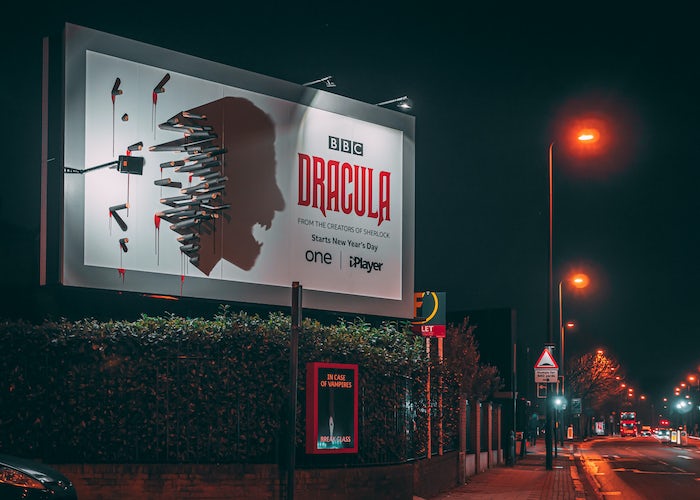 To raise awareness of a new version of Dracula, the classic horror story that was airing on BBC One, BBC Creative came up with this striking billboard which reflects a fundamental aspect of Dracula’s character – his relationship with the night.

Installed in two sites — London and Birmingham — by day the billboards featured a vast white space containing 50 bleeding stakes. Then, as night fell, these came alive, with the evening light shining through the stakes to form a shadow of the legendary character of Dracula.

While the billboards themselves may not have been seen by many, a filmed version showing how they changed at night went viral worldwide, with over seven million views.