BBC One’s new idents position the channel as the glue between us all. “We wanted to show how the channel connects us all in some way, whether you tune into BBC Breakfast each morning, EastEnders in the evening or simply tune into Eurovision once a year,” the BBC Creative team told CR.

The idea of making connections led to the concept of ‘places we share’, which was translated into a series of 24 idents showing how people engage with the same spaces in entirely different ways – from cafés to swimming pools to fields – in a bid to reflect a wide cross-section of the British public.

“The idents are inspired and informed by British culture, the wonderful everydayness of life in the UK and the moments that often pass us by. The films showcase a variety of locations, various seasons, communities and day-to-day activities,” said ManvsMachine, which worked with BBC Creative on the idents. The films are designed to mimic people-watching, the team added, in what they describe as “fly on the wall CCTV footage” that offers a kind of “livestream of the nation”.

The transitions between the various scenes play out through a moving Venn diagram, the implication being that BBC One is the common point at which these contrasting forces meet. The Venn diagram approach also satisfies the challenge of incorporating “the iconic ‘O’ shape following the wider BBC rebranding project”, according to BBC Creative.

“Because we were shooting in the same space three times, we need three very contrasting scenes to overlay, or ‘moods’ as we later called them,” the BBC Creative team told us. “In part, this was to help achieve the aesthetic, but also created a wide variety of options for the station announcers to use. We needed the idents to fit the atmosphere of the programme that is being announced – for example, you can’t introduce a sombre documentary using the rave in a warehouse ident, like you can’t introduce the final of Strictly Come Dancing with the late night sweeping ident. We needed lots of options to choose from.”

The variety of the idents led the team to working with all kinds of circumstances, “from building our very own greasy spoon café to shooting at an icy lido for [more than] eight hours in the middle of March”, explain ManvsMachine. “Capturing the mundane and instantly recognisable scenes of Britain within 24 hours meant rapid set changes, carefully crafted prop design and some post house trickery in order to create a genuine sense of time and place within each location.”

The musical score was carefully considered, too, according to BBC Creative, noting that it “had to fit the mood, match the action we’re seeing, and sit beautifully alongside the announcer’s voice”. 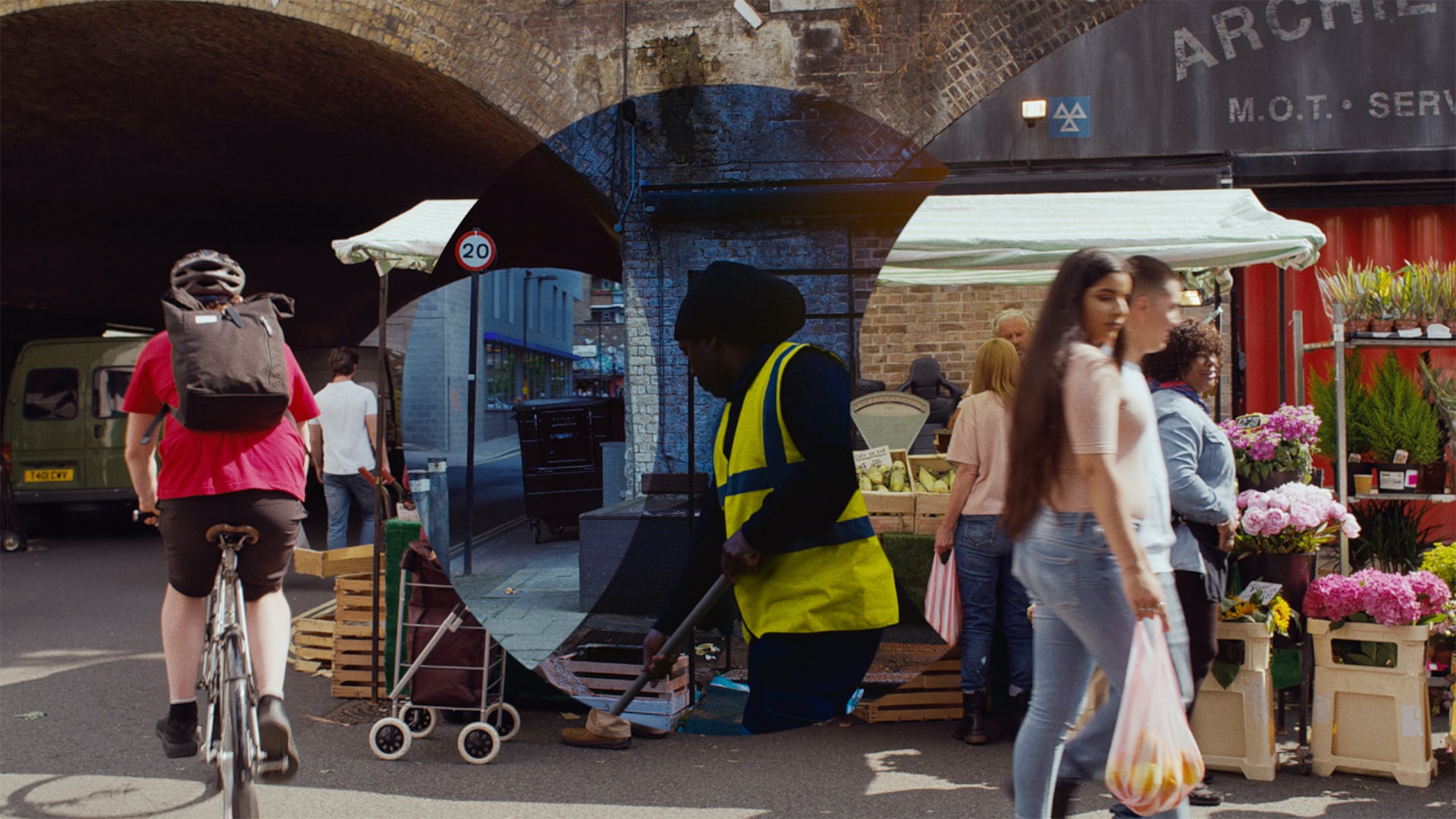 Beyond serving the overall concept, the complexity of each ident is designed to help them stay fresh over their lifespan, given the amount of airtime they will have.

“If you watch closely, there are so many elements that [complement] and reward repeat viewing – again, a vital consideration when these films will have so many outings on the channel itself,” say the BBC Creative team. 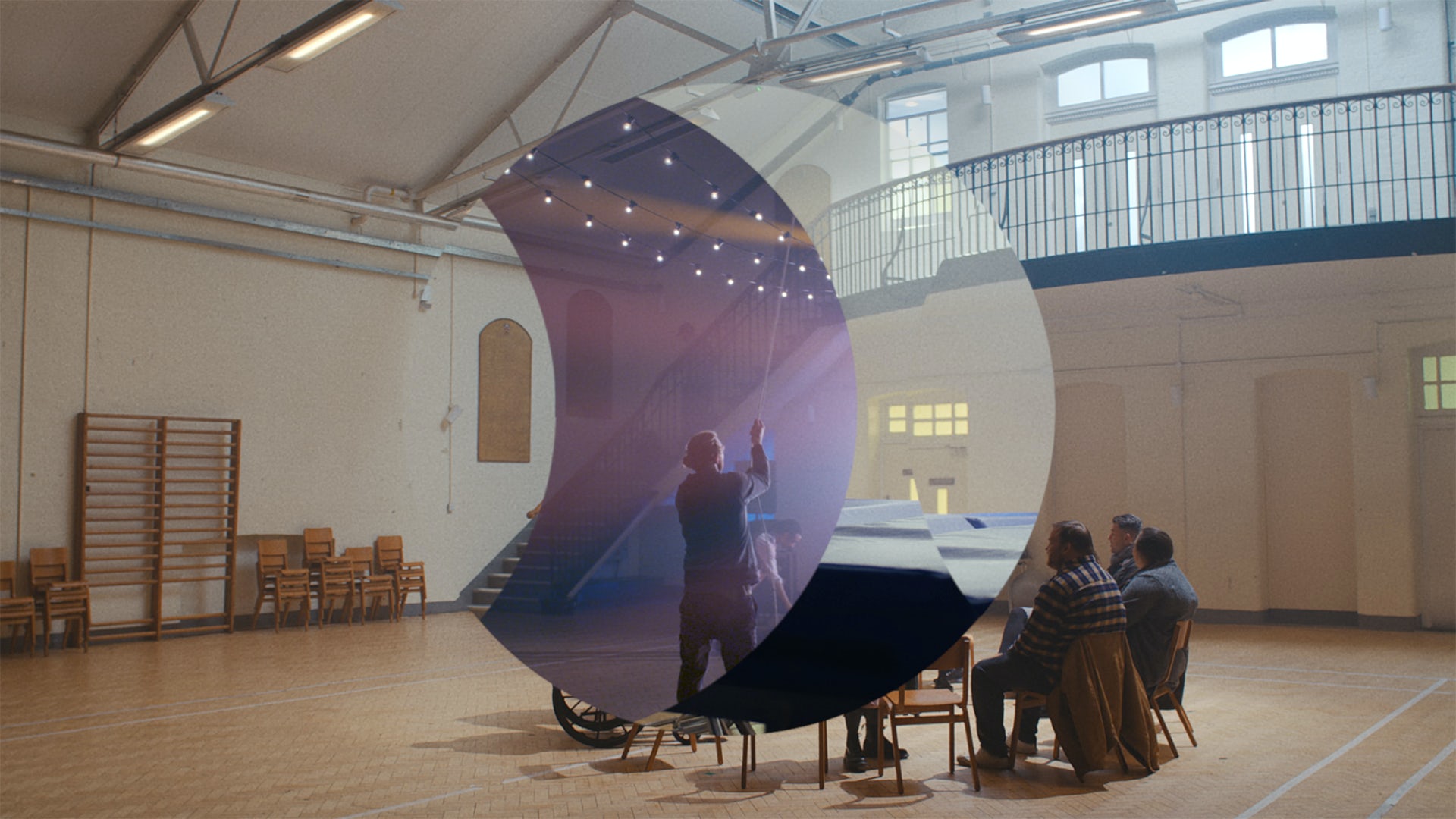 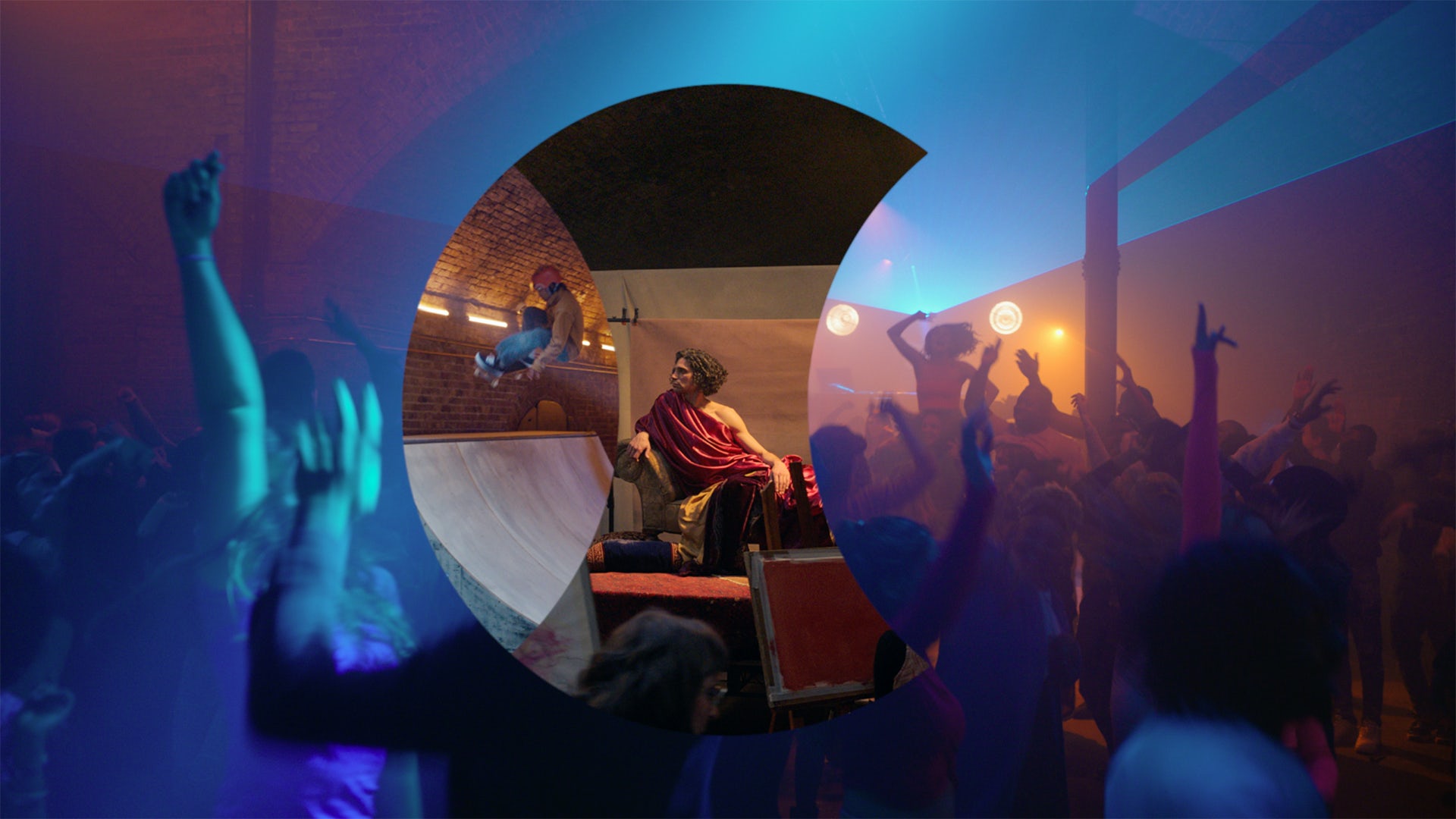 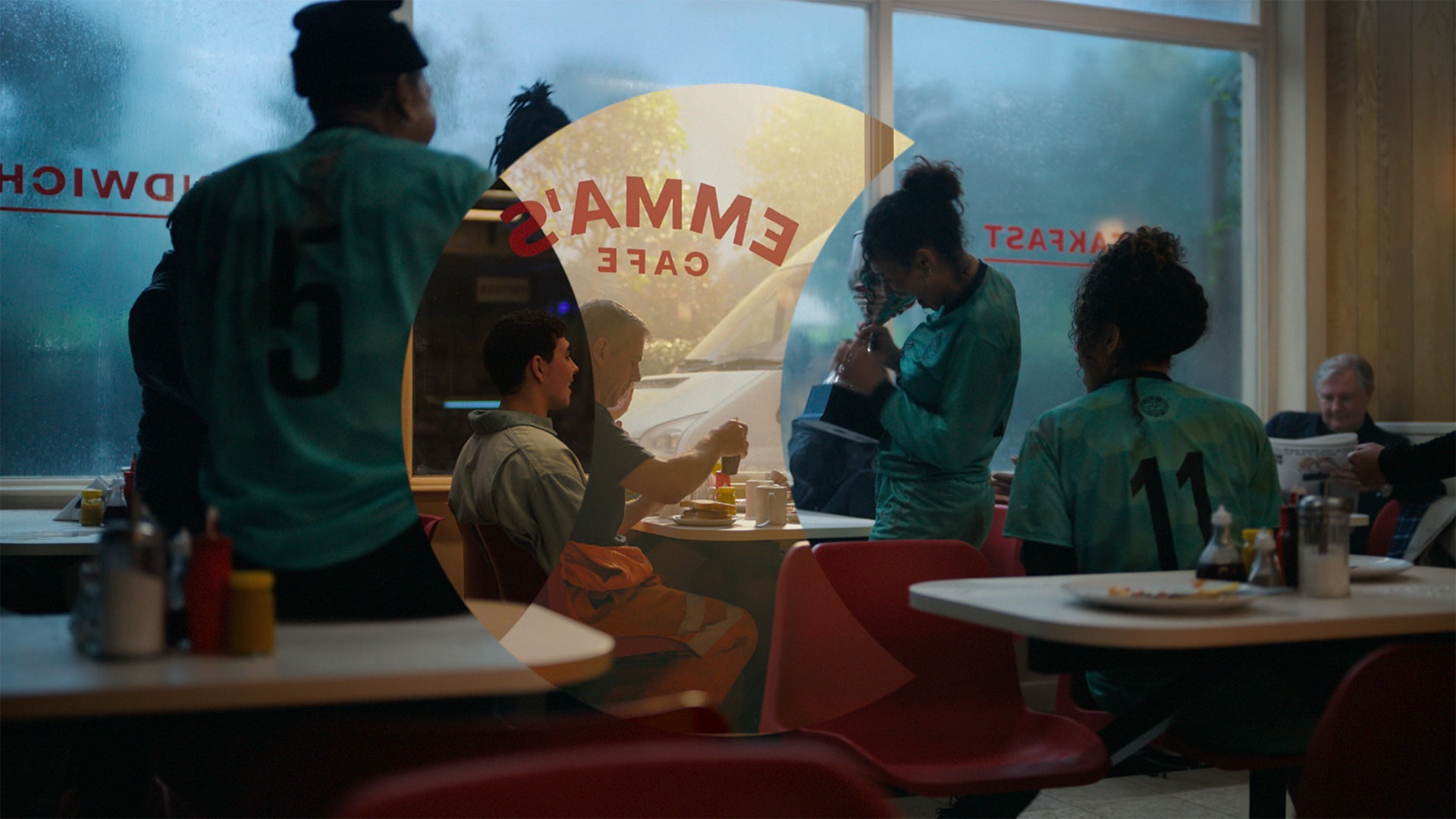 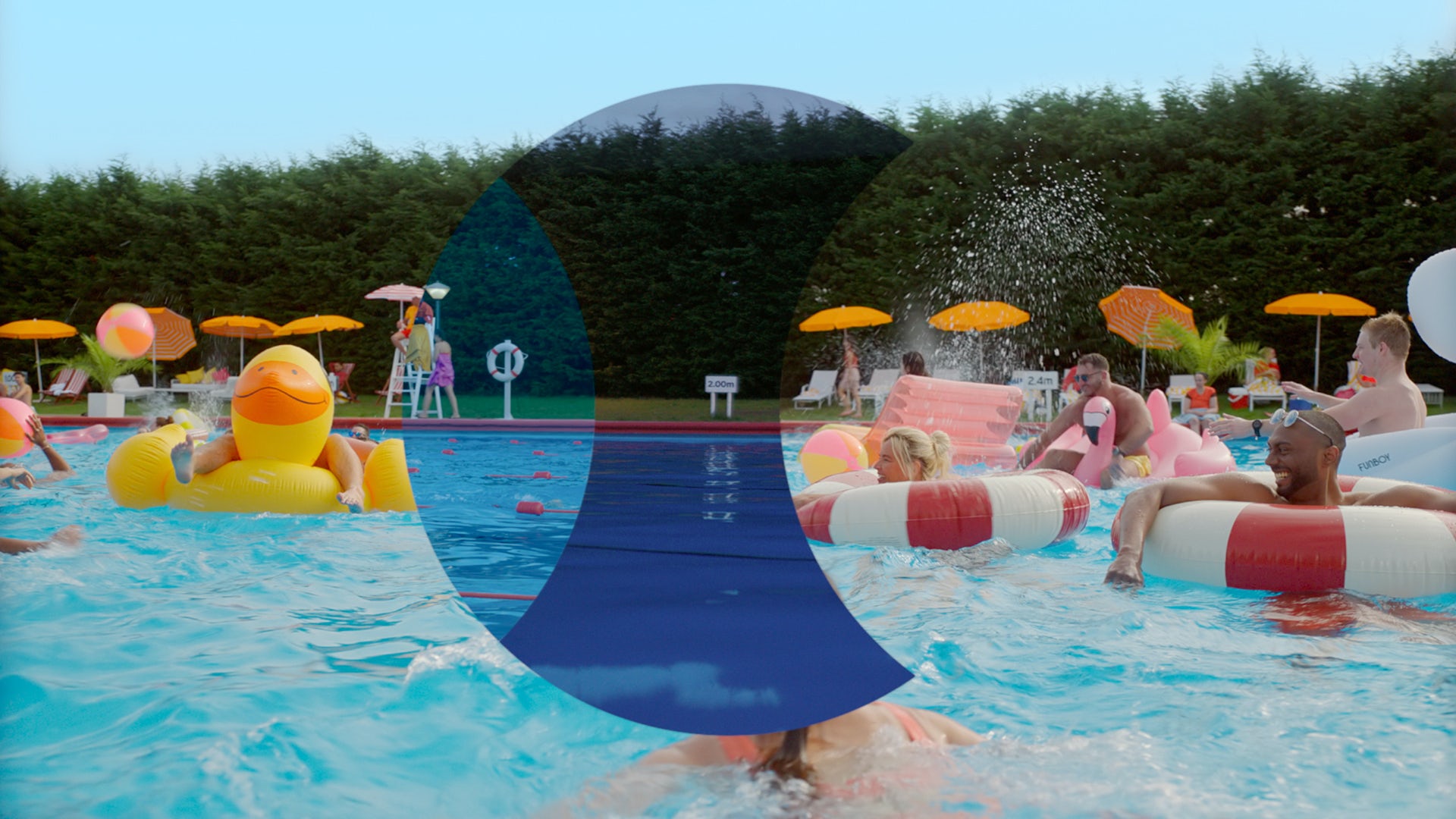 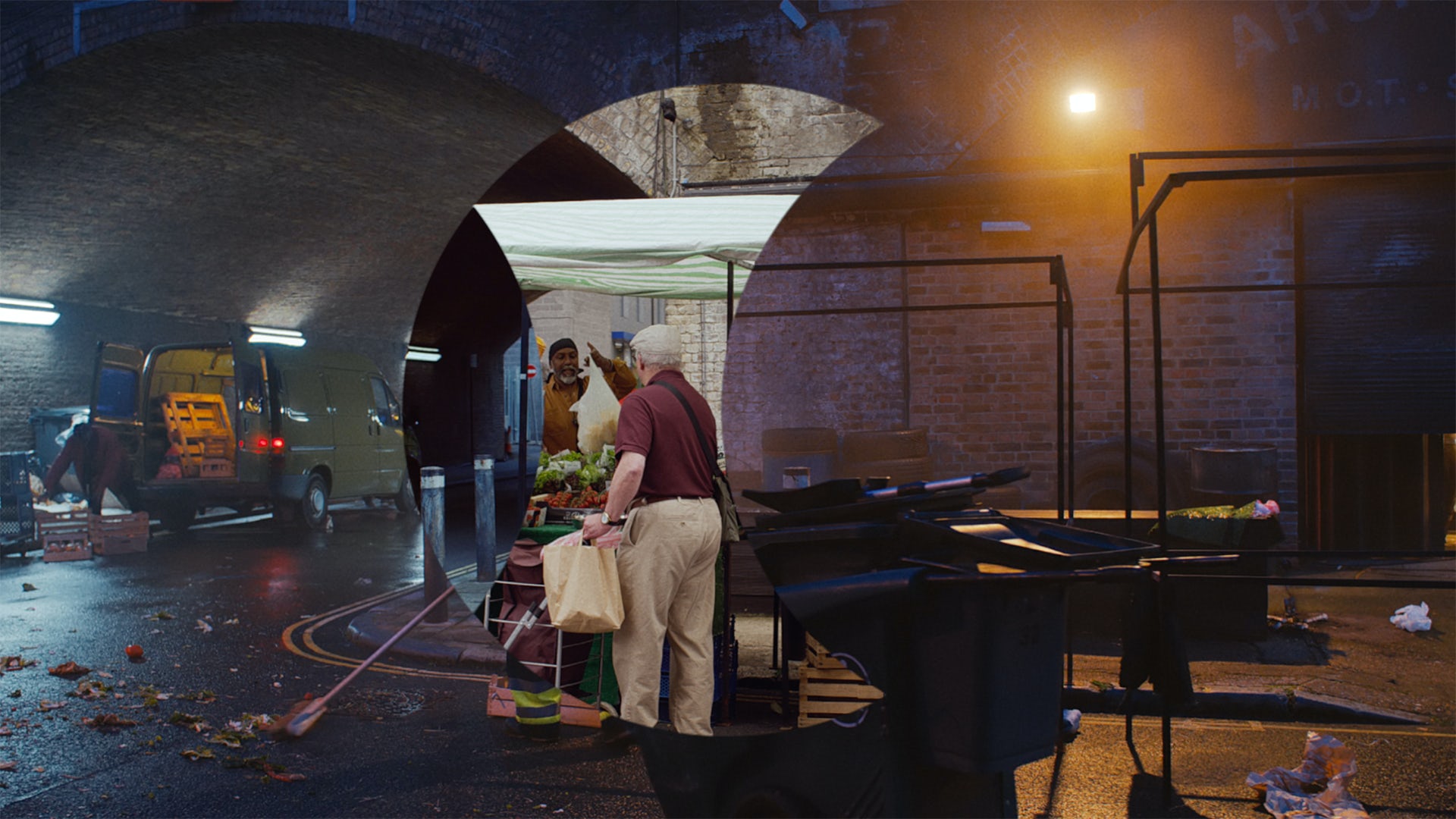