It’s been six years since BBC Three became a digital only channel. In that time, it has made its mark with standout series including Fleabag, Normal People and Killing Eve, to name just a few.

Now, it is returning our screens as it relaunches as a fully-fledged TV channel this month. To mark the occasion, BBC Creative and Superunion have collaborated on a set of idents featuring a trio of hand-shaped characters – Captain, Spider and Pointer. 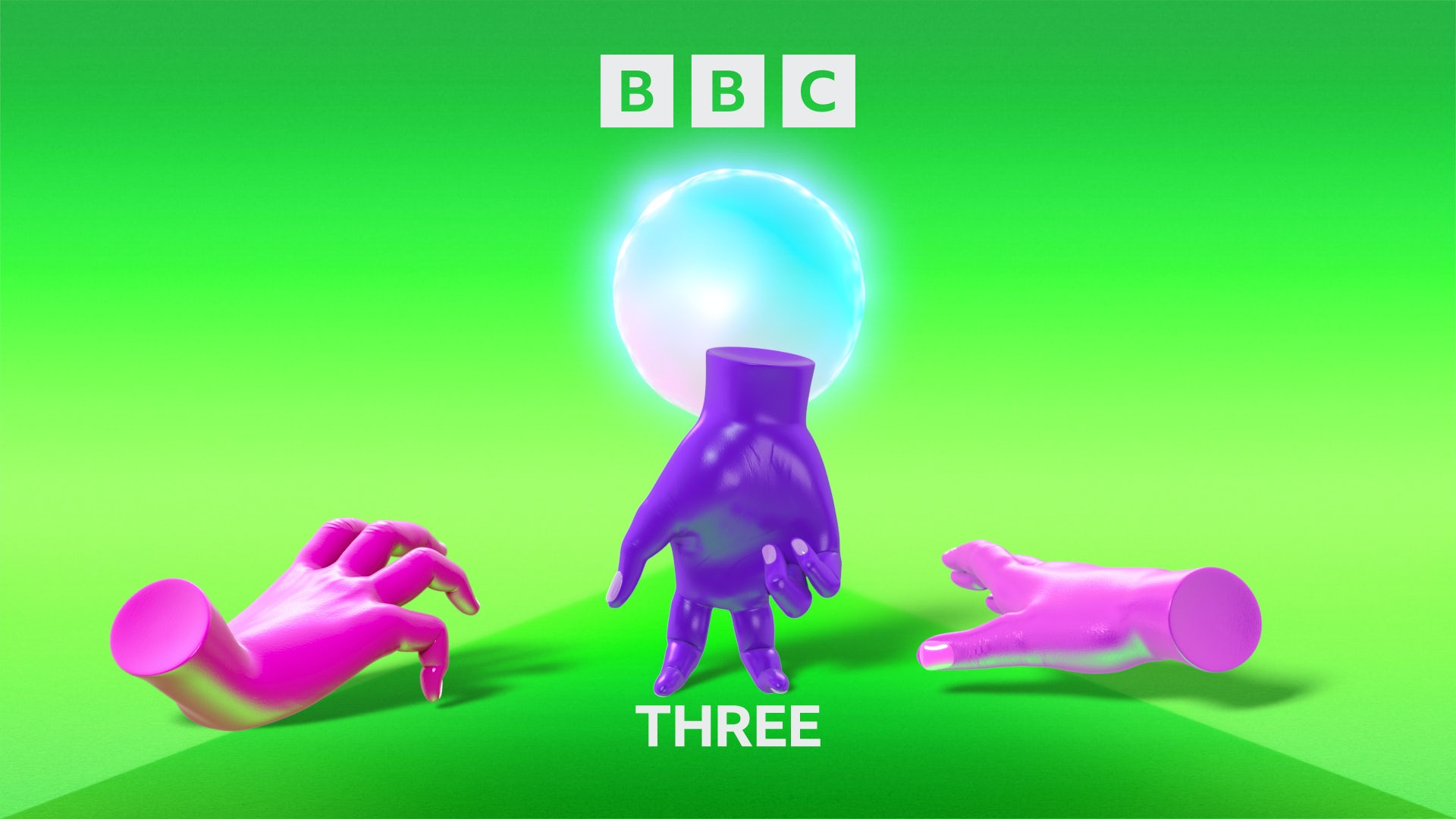 “For a brand like BBC Three, something irreverent and unconventional was required,” says Superunion ECD, Stuart Radford. The idents depict the trio of hands dancing, pointing and generally observing what is going on in pop culture.

To bring them to life, the creative team enlisted the help of VFX studio Ghost and Robert Strange, an animator and director who has created everything from psychedelic mixed-media videos for his band Superorganism, through to an adult animation style campaign for Mini Cheddars.

Strange’s task was to establish three distinct personalities, movements and mannerisms for Captain (“never short of confidence and has a swagger to match”); Spider (“friendly, cute and quick on their feet”); and Pointer (“the strong silent type who’s straight to the point”).

“It’s been a real trip directing the hands on their disruptive journey through the world of BBC Three,” says Strange. “They’re a gloriously immature comic trio you can get totally lost with. The more time I’ve spent with them, the more I’ve had to wonder – am I directing the hands? Or are they directing me?” 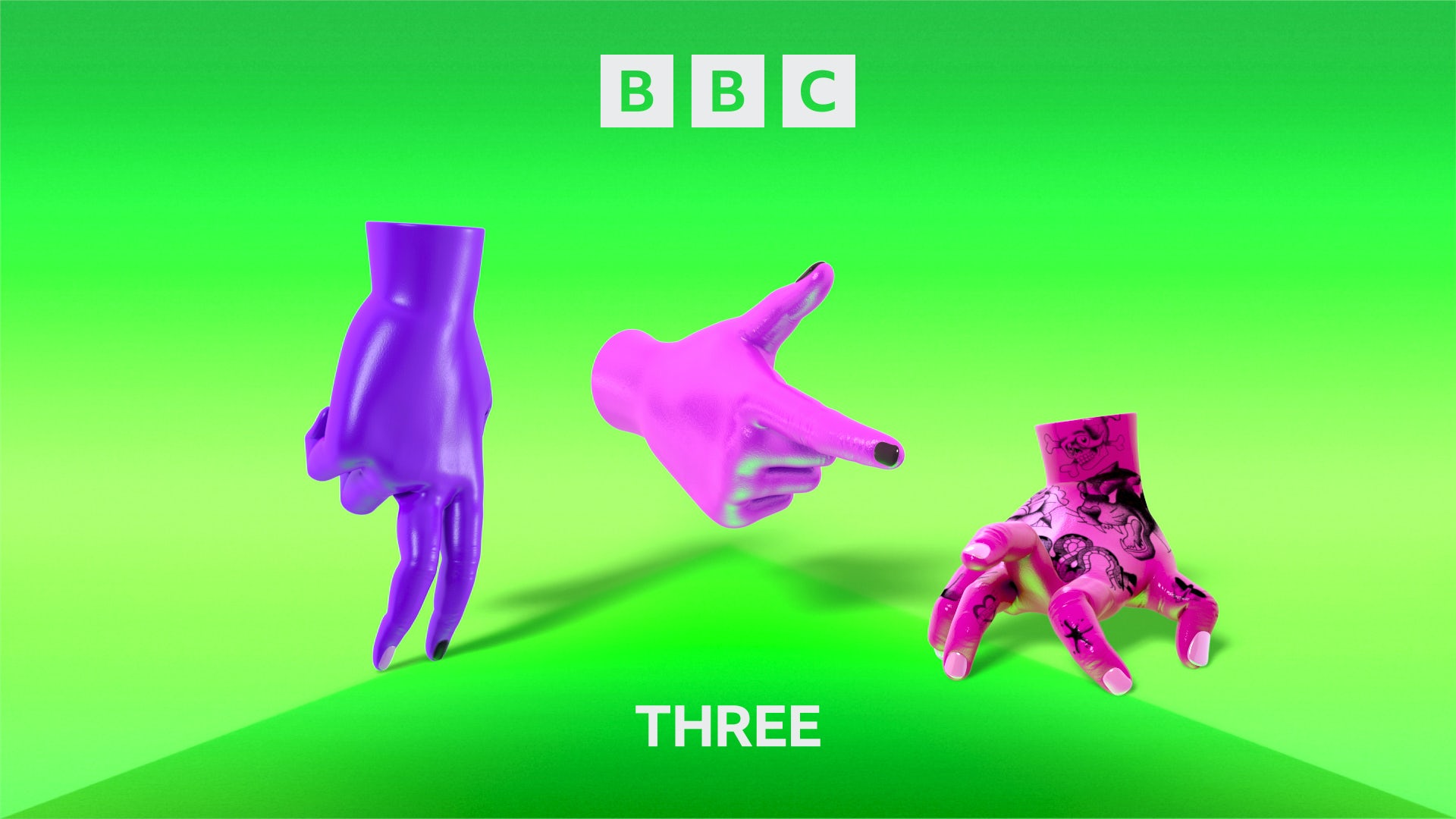 There’s a nostalgic feeling to the idents that suggests the BBC is firmly planting its youth-focused channel back into the world of traditional TV after half a decade of competing directly with the growing number of streaming platforms.

It’s an approach that also feels in keeping with Superunion’s previous work on BBC Two’s rebrand and reimagined idents. Whether it is enough to stand out in the fierce battle for viewers’ attention, and amid the uncertainty around the BBC’s future, remains to be seen.