Created by BBC Creative and Nexus Studios in anticipation of the BBC’s coverage of the Tokyo 2020 Olympics, Let’s Go There is a dynamic film that augments the vibrant host city to place sports and Olympic athletes centre stage.

The brief was to bring the atmosphere and energy of Tokyo to people watching at home, while celebrating the athletes in “a seamless, authentic way”, says BBC Creative. “We set out to show a multifaceted view of Tokyo, not seen before, to UK audiences.”

Nexus Studios and the BBC initially discussed concepts in mid-2019, but the project was soon put on indefinite hold due to the pandemic. To work around restrictions, Nexus planned a remote shoot in Tokyo, a UK studio shoot with Covid protocol, and a distributed production process. Let’s Go There was created using multiple techniques, including hand-drawn 2D animation, VFX to augment real footage of Tokyo, and CG.

Nexus Studios’ directing collective, Factory Fifteen, created a fast-paced, single-shot tour of Tokyo featuring a series of fluid transitions ­between eight distinct environments synonymous with Japanese culture. It includes 50 ‘Easter egg moments’, such as a J-Pop scene inspired by US gymnast Simone Biles. Each scene was designed so that audiences would instantly recognise much of the key imagery, but with details that would reward repeat viewing. “The overall effect is that of a rich visual feast, while on closer inspection, everything ties together,” says Nexus.

A number of Japanese designers specialising in each of the film’s cultural references, from anime to publishing design, were brought in by Nexus director and artist Fantasista Utamaro, who created the artwork and consulted on creative choices.

“Every design was required to be both culturally authentic and entirely original,” says Mike Bell, Nexus Studios executive producer. “For example, the opening street scene in older Tokyo incorporated fabric hanging banners and metal painted signage inspired by the 1964 Olympics, subtly referencing the city’s long association with the Games.” 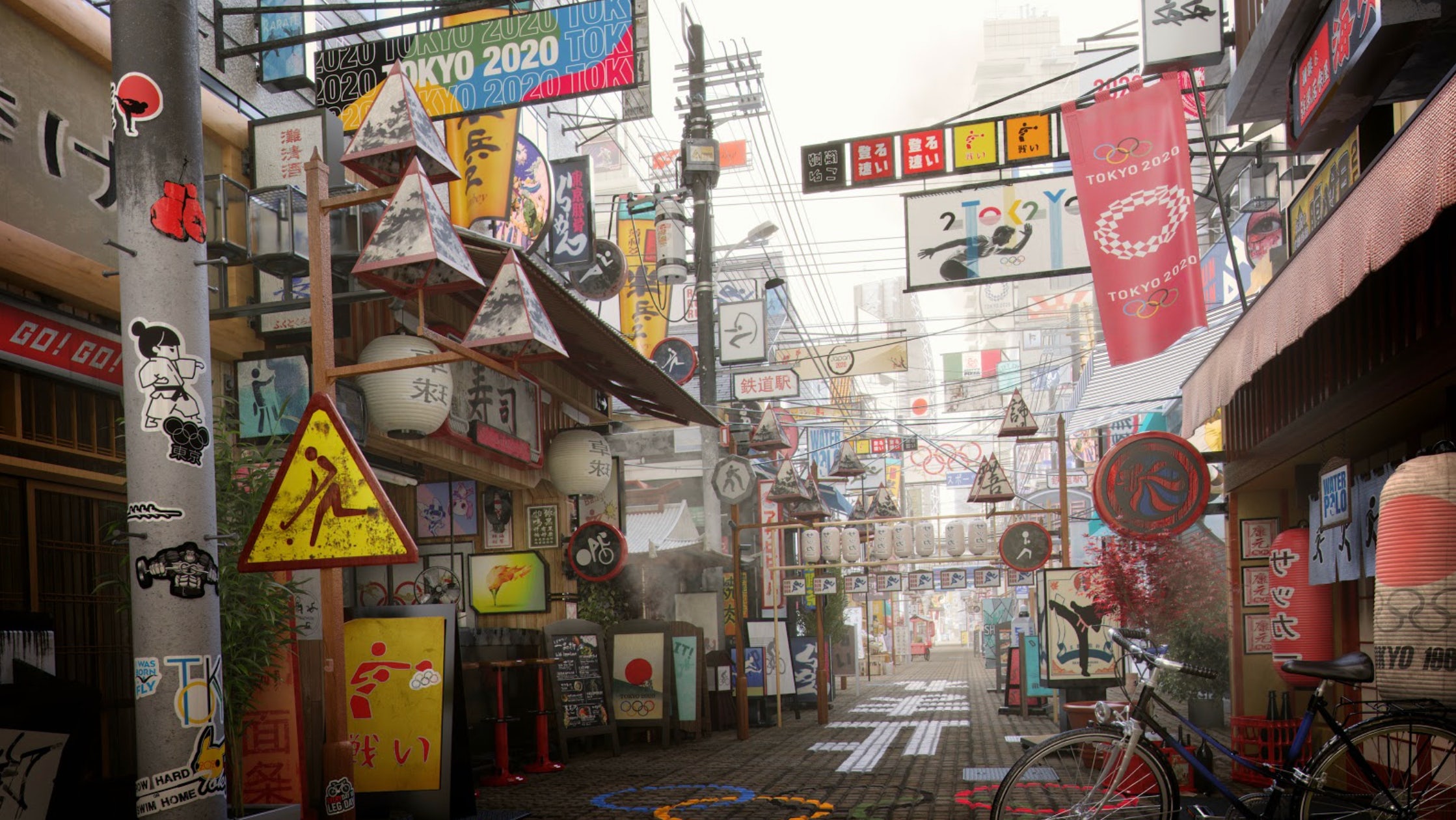 Nexus orchestrated a two-day shoot across four Tokyo locations, with the UK teams attending during the night through a live feed. Shoot preparation included the Tokyo-based art department building a newspaper kiosk in a Nakano alleyway, which was dressed with Nexus-designed Sky Brown toys, magazine covers and memorabilia.

Factory Fifteen wanted to create one fluid, disembodied camera motion, mostly at eye level and transitioning between different scenes within Tokyo. Some scenes would be filmed on location in Tokyo, some in a UK studio, and some created completely digitally, however the concept of the camera would remain the same,” Bell explains. “Aiming to achieve this seamless movement mostly in-camera, Factory Fifteen planned the film in meticulous detail at pre-vis stage. During the shoot, they overlaid scenes before and after each shot we filmed in order to cross-reference the speed of the camera.” Nexus also worked with VFX partner The Mill on the several digital takeovers in the film. 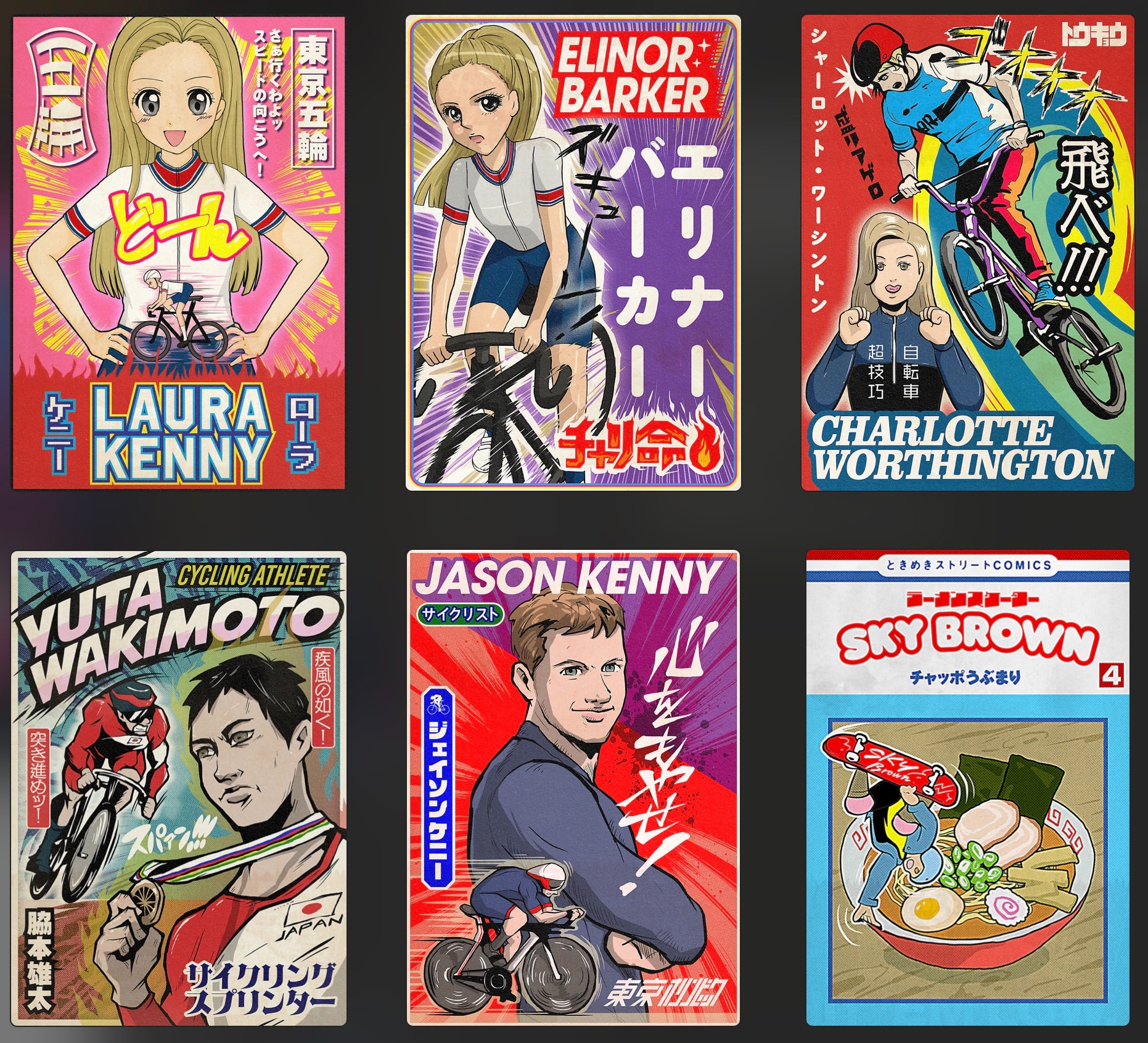 The UK studio scenes included the J-Pop dance homage to Simone Biles, for which the team built a circular stage incorporating a taiko drum trampoline and novelty walking pommel horse based on Utamaro’s designs. Nexus worked with Rambert Dance Company to choreograph the dancers’ moves, which were shot in separate passes to allow for “a TikTok-style snap costume change between gymnastic leotards and J-Pop outfits”, Bell explains.

Kenji Kawai, the Japanese anime and movie composer behind soundtracks for films including Ghost in the Shell and The Ring, created the film’s music.