We’ve come to expect the BBC to deliver its Olympics trails with a mix of epic drama and innovative craft, and its latest offering for the Winter Olympics in Beijing, which start on February 4, is no exception.

Devised by BBC Creative, the trailer is directed by Balázs Simon through Blinkink production company. And while no actual ice and snow is featured, it manages to convey all the challenges of the Winter Olympics via the use of elaborate animation, with entire scenes 3D printed, frame by frame.

“I really admire people having the will to push things to the limits,” says Simon. “What could be a better example for that than the Olympics? Especially the Winter Games where they compete in environments that are so different from our usual experiences. When I got approached for this project, the biggest question for me was how to portray and live up to that dedication … we wanted to portray them being born into ice and snow and eventually breaking out.”

Perhaps unsurprisingly, looking at the end result, Simon says creating the film was “quite a challenge”. “It would be hard to make a list of what went south or simply against our expectations,” he continues. “My personal favourite task was coming up with a solution for the camerawork in the snow scenes. To get a first hand experience of the characters’ efforts, I wanted to bring the viewer as close to them as possible: a great example of how a seemingly simple creative decision could grow into a big web of intertwined technical challenges.”

The solution for the team was a complex mix of 3D printed scenes and camera moves. “We started to think about cameras differently: some of their motion would be directly ‘printed’, and some would be actual movement of the control rig,” Simon explains. 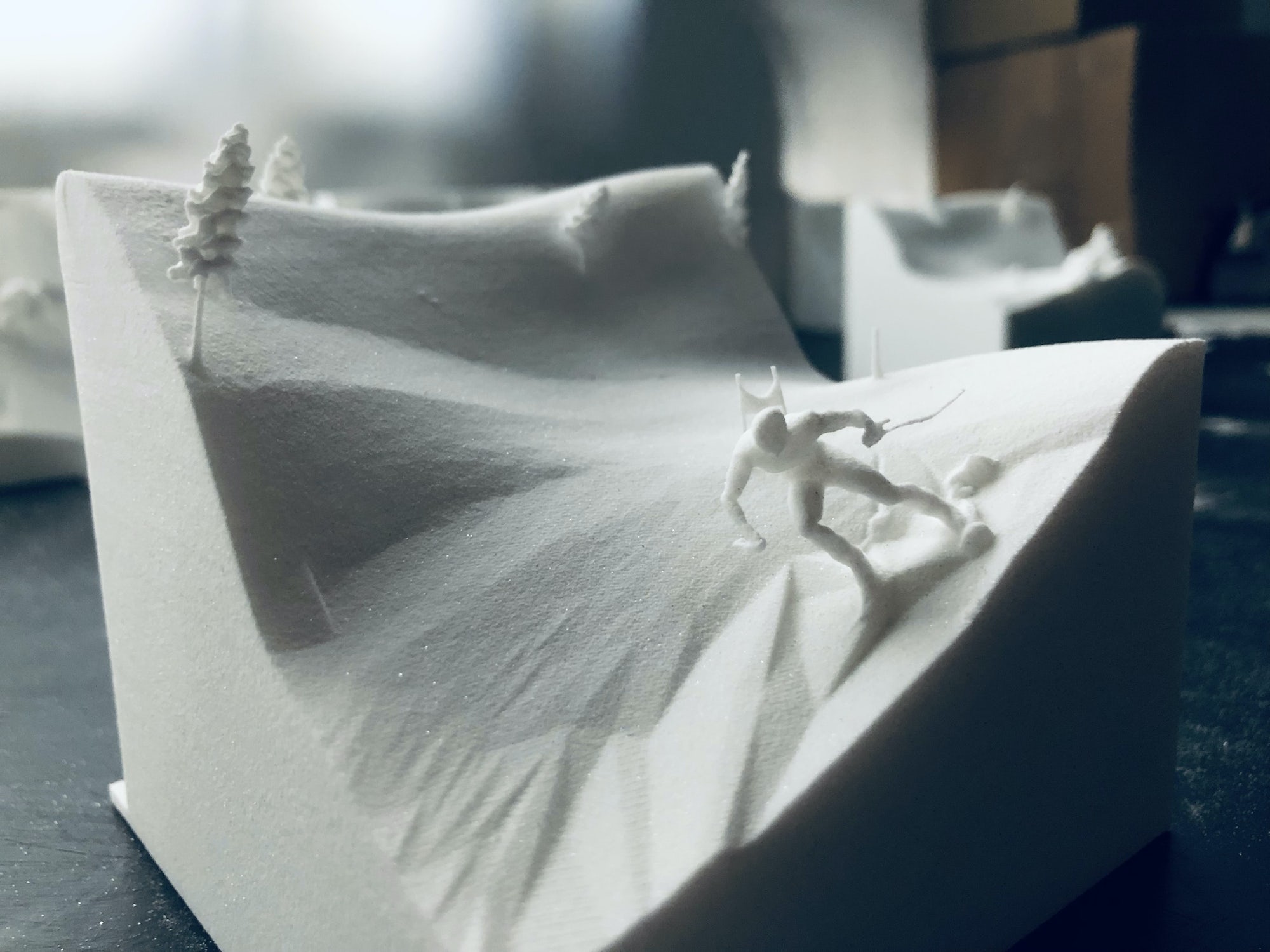 The team had to squeeze the environment the Olympians were in within the small space of the 3D printed cubes, in order to express their speed and sense of movement. “That’s how the forced perspective idea came in,” says Simon, “which we had to solve completely algorithmically: we had deep spaces with characters moving close and far away, followed by fast, rotating cameras. There was no way of figuring out how to distort everything by hand. When seen from the camera, the scenes make sense, but from any other angle they’re pretty abstract and distorted.

“This has turned into technobabble quickly, but it illustrates our basic experience! So much back and forth between departments, which wouldn’t have been possible without such a devoted team and expert coordination.” 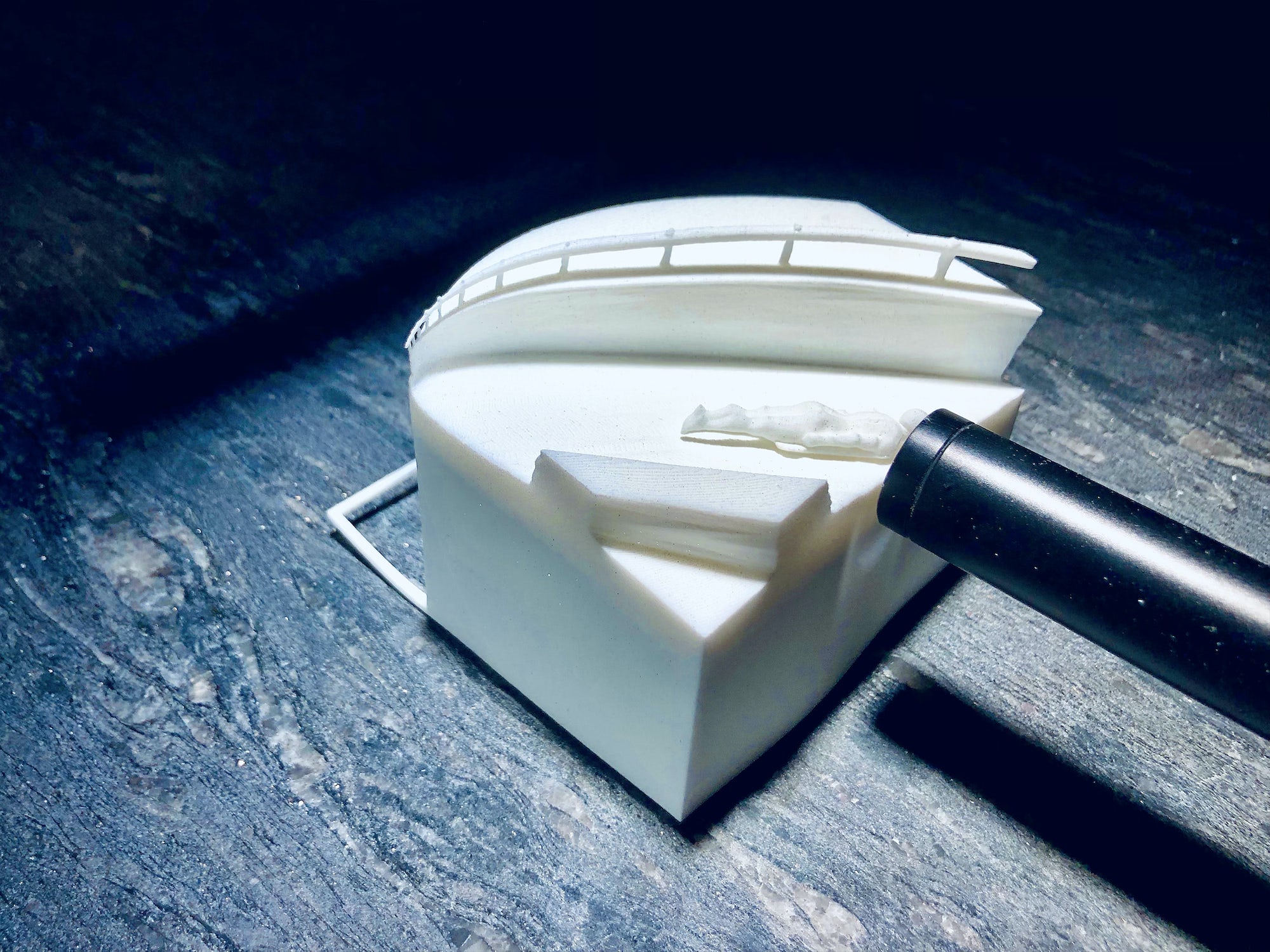 The animation is currently airing on the BBC and online to promote the Winter Olympic Games, and will also feature as the title sequence for its coverage from February 4.