Wolf is taken from Murphykid’s new album Skeletons, which comes with an unusual back story. Originally recorded in 2004 on an eight-track reel-to-reel bought on eBay, following Murphy’s move back to Yorkshire from London after a break up, the music lay unfinished in an attic until last year.

In the intervening 13 years, Murphy built up his career as an illustrator, creating work for brands from Specsavers to the Guardian, as well as a wealth of distinctive personal work. He brings these skills to bear in the video for Wolf, below, which features two mysterious characters on a journey through an often-threatening landscape. 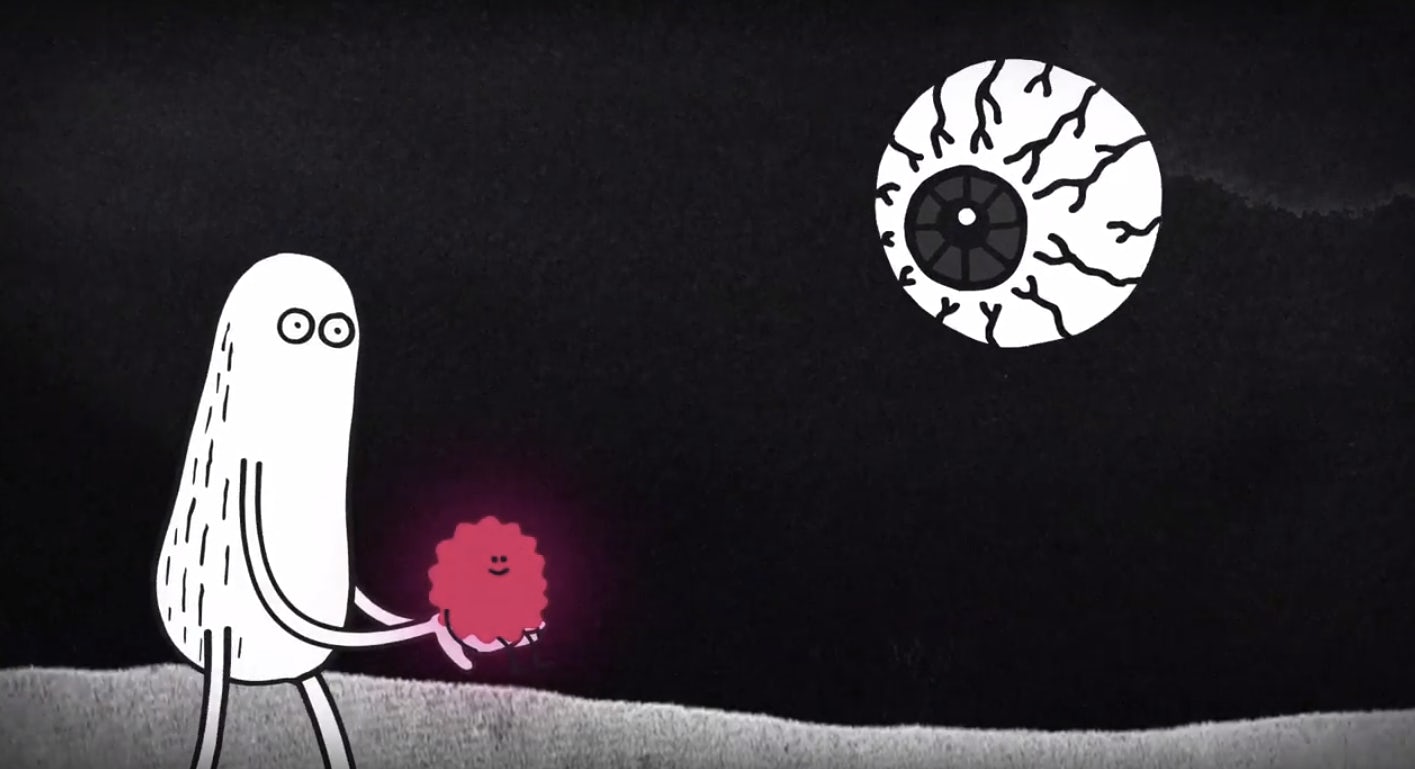 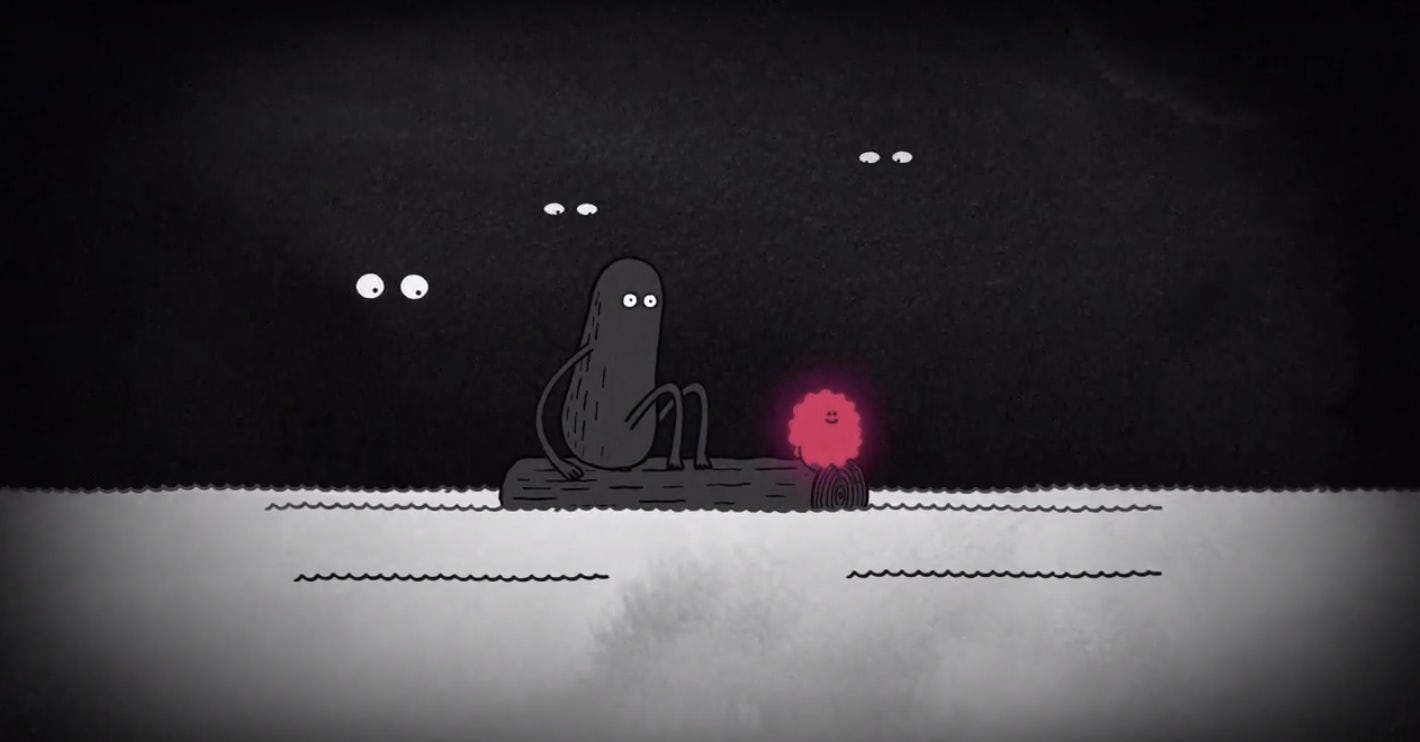 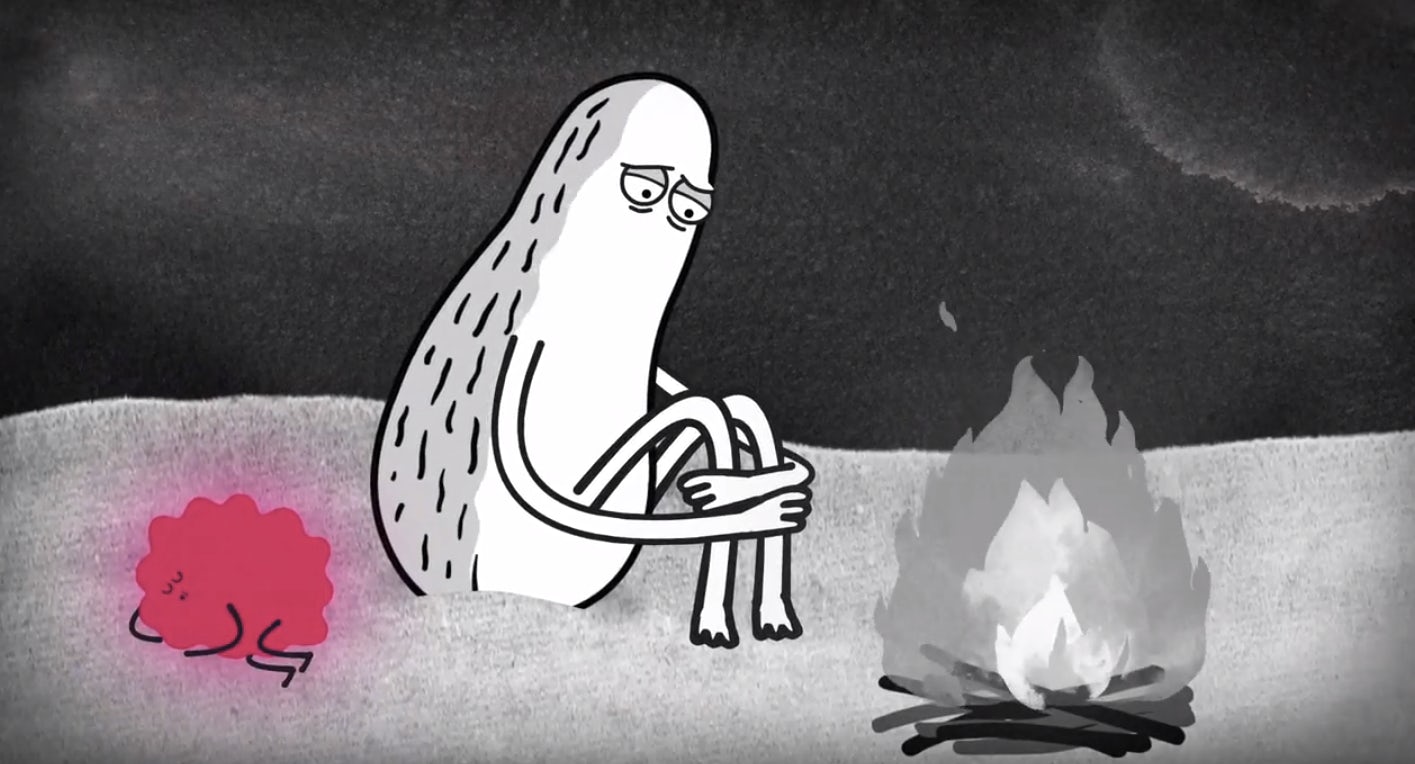 “I had no narrative for the video beyond the opening scene where the two characters are walking through the forest,” explains Murphy. “I think I was trying to do my own version of Hedgehog in the Fog by Yuriy Norshteyn. The only thing I was certain of was that it should be melancholy but without being a literal interpretation of the lyrics.

“So after the set up, I went scene by scene, making it up as I went along and aiming for some sort of conclusion by the end of the song,” he continues. “I didn’t mean for the ending to be so depressing but seem to have been compelled by all my childhood favourites like The Snowman and Watership Down, with a bit of E.T. thrown in too.

“I have no idea what the Yeti/bean character is nor why he is helping the red jelly star thing – I welcome that being left open to interpretation, which is shorthand for being too lazy to come up with something myself.”

Wolf is the third single to be released from Skeletons, which was restored, with additional recording work added, last year. The album is out on October 12.