Having staff poached is typically a brand’s worst nightmare, yet toiletries brand Beco welcomed it with open arms in its provocative #StealOurStaff campaign.

The campaign was created by TBWA\London, which had already been working with Beco on getting its products stocked in leading retailers such as Boots, Waitrose and Sainsbury’s. The brand includes organic, paraben-free and plastic-free toiletries in its range, but it is the people that make Beco what it is. With 80% of its workforce disabled, disadvantaged or visually impaired, the social enterprise is gunning for change when it comes to the disability employment gap sustained by the biased hiring practices of many businesses. It’s a widespread issue that seems missing from wider discourse, which is what #StealOurStaff set out to change. 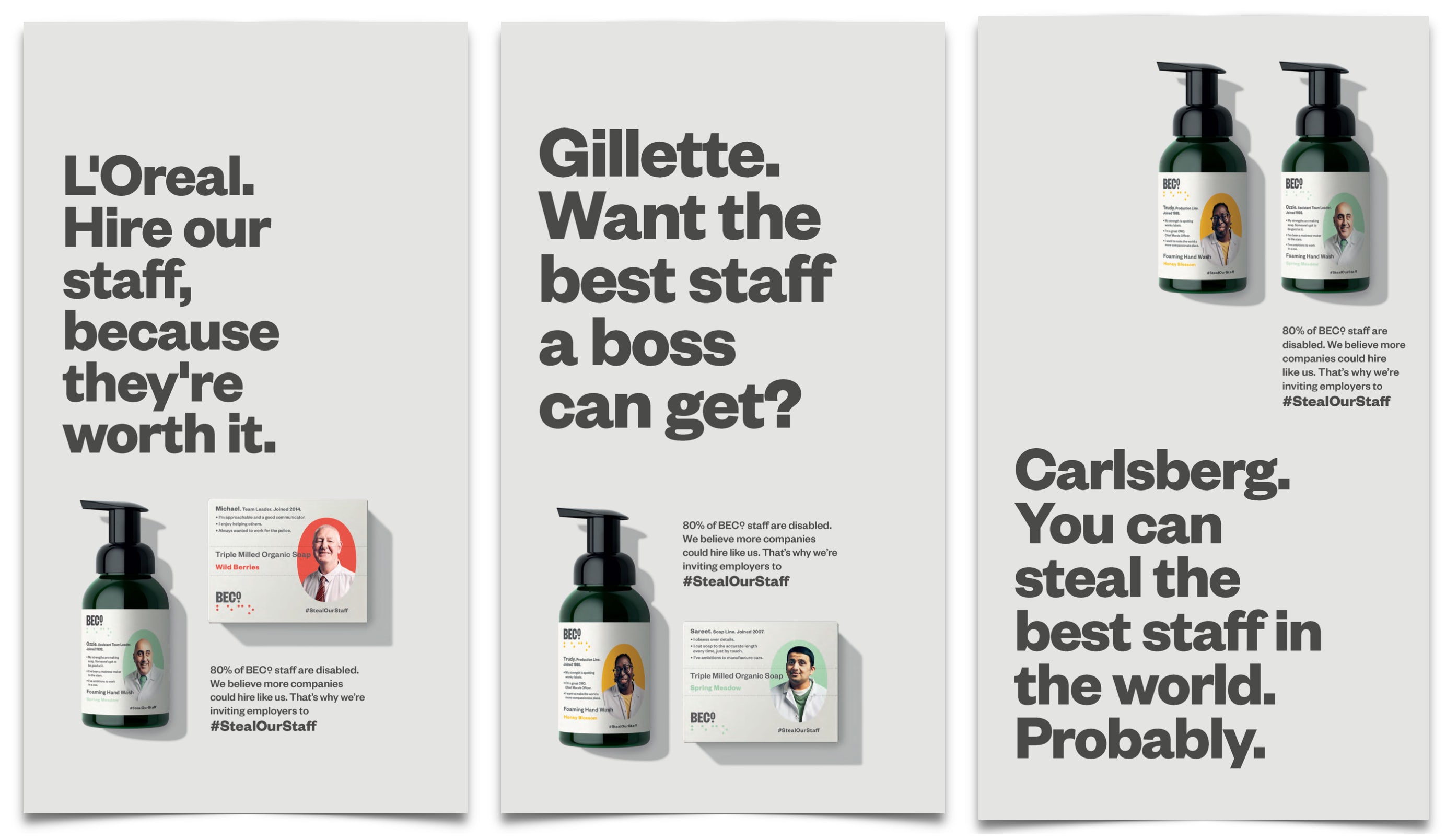 At the heart of the project’s concept was its packaging design, which features CVs of Beco employees. “It’s like an upside-down recruitment campaign,” TBWA\London chief creative officer Andy Jex says. The packaging takeover was joined by tweets sent to business leaders, a website-turned-recruitment portal that also contained advice for employers interested in hiring people with disabilities, and an accompanying spot on Channel 4. Made in collaboration with production company Hoi Polloi, the film stars real Beco employees contradicting the less-than-adequate audio description (AD) voiceover.

The film concept emerged from encounters with Beco staff working at the factory – particularly one team member who ridiculed Netflix’s questionable AD. It soon evolved into a tongue-in-cheek testament to the fact that people with disabilities are not short on humour. The aim was to be more lighthearted and less worthy, with the approach highlighting just how misleading media representations of disabled people can be – “particularly in advertising”, Jex notes. 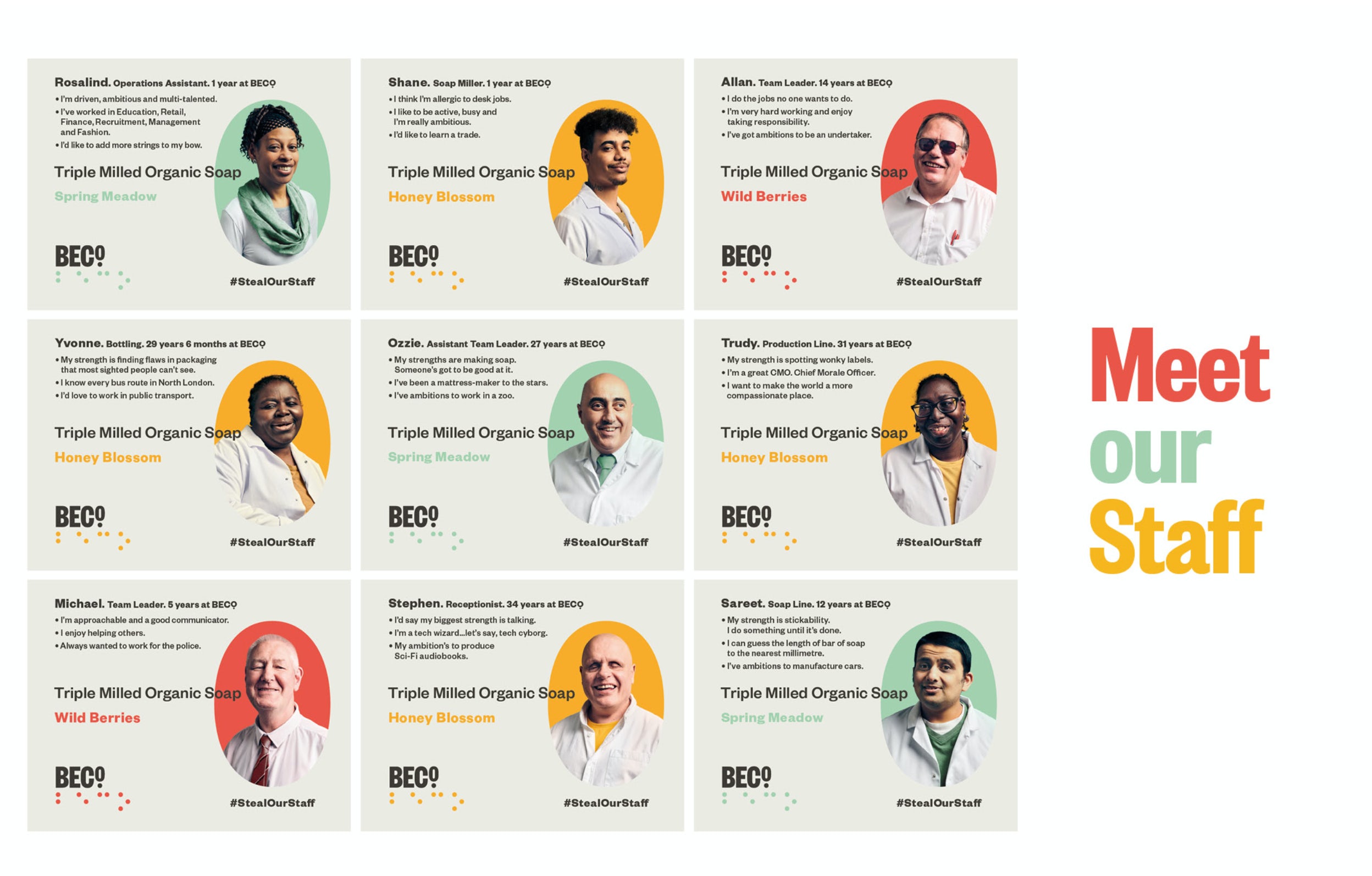 The campaign had a broader reach than first anticipated, receiving positive responses from people with disabilities and beyond, while also enjoying widespread coverage in a range of media outlets. So what actually happened after Beco invited people to steal their staff? “The whole aim is to bring awareness and to get that issue on the agenda; to get change in that disability employment gap. The purpose is not to actually get the staff stolen – but, of course, we had to stay true to our word,” says Jex. Employees were subsequently approached by other brands, with many going for interviews as opportunities came their way – though, of course, no one was under pressure to leave.

“We had to be careful we weren’t putting the staff in the shop window to get rid of them. In fact, it was the opposite,” Jex says. “We were showcasing how great these workers are. The whole campaign [was about] a little company like Beco, and that if it can hire like this, then I think bigger companies should take a leaf out of their book and do the same. It’s almost like saying, ‘If we can do it, you can too.’”