Tim Benson’s new book Britain’s Best Political Cartoons revisits a year of politics by way of the cartoons featured across national newspapers. It focuses on familiar figures like Theresa May, Boris Johnson, Jeremy Corbyn, Nigel Farage and Jacob Rees-Mogg, while subject areas inevitably tread back to elections, Brexit, scandals, and more Brexit. The book also includes stories from abroad – unsurprisingly, Trump crops up often, along with Putin, with the two at times overlapping in cartoons depicting international matters, such as the Skripal poison attack that grabbed headlines last year.

On top of the extensive list of books that he’s edited on cartoons, Benson also runs the Political Cartoon Gallery and Café in London, and is evidently passionate about the role and future of political cartoons. He dedicates the introduction to the trials and tribulations that cartoonists endure within an increasingly turbulent landscape (though that’s not to say they’ve had it easy in the past).

Satisfying wide-ranging demands is presented as the biggest challenge, with cartoonists having to balance the editors’ requests, publications’ political leanings and advertisers’ reservations while delivering something that will actually resonate with readers. Benson also notes the question of political correctness at a time where “cartooning remains disproportionately white (and male)”. Perhaps it should come as no surprise, then, that within the book’s 200-odd pages, only five of the cartoons featured were created by just two women.

These days, revisiting a year in British politics probably feels like something of a punishment – not to mention the fact that the book often involves page after page of the same repeat offenders. However, among the familiar droopy, puffy or orange faces, the book does demonstrate some more unusual cartoon styles that stand out, as well as a generous dose of wit to see you through the next 12 months of political pain. 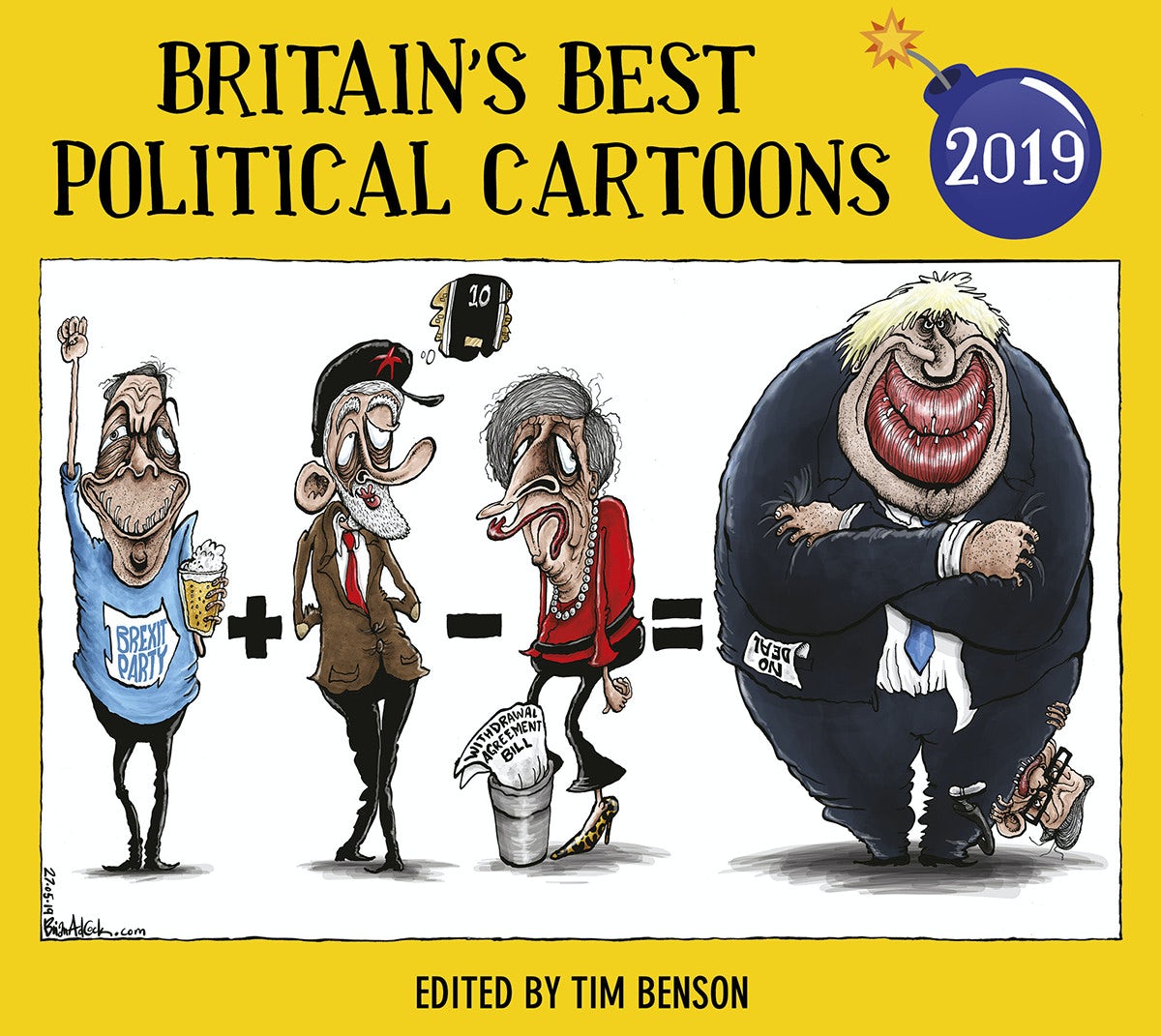 Britain’s Best Political Cartoons 2019 is edited by Tim Benson and published by Hutchinson for £12.99 on October 31; penguin.co.uk