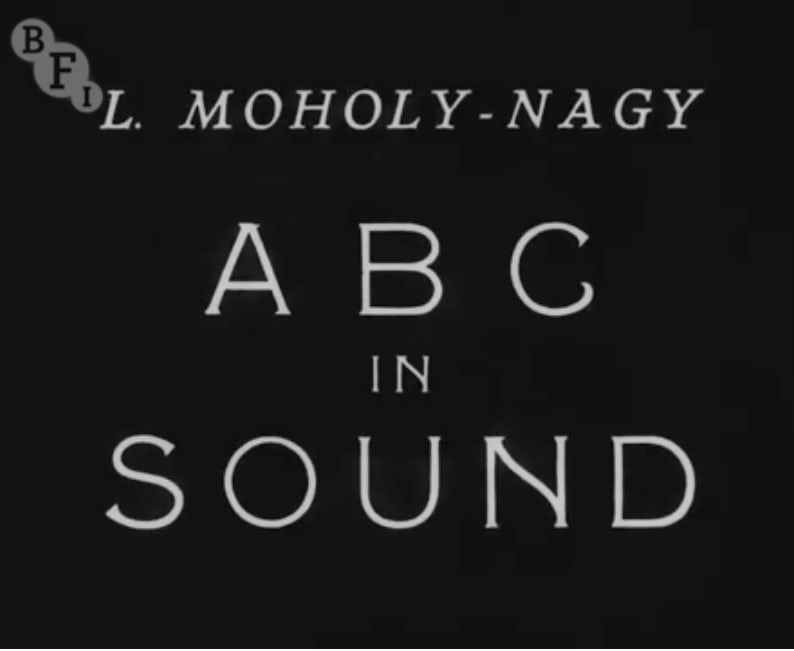 Created in 1933, László Moholy-Nagy’s film Tönendes ABC (ABC In Sound) was recently unearthed  at the BFI’s National Archive in London. The “optical sound” film has since been restored and remastered and is now available on YouTube and the BFI Player app.

The project is one of a series of experiments with ‘drawn soundtracks’ – images that made sound and vice versa – after it became possible to record sound as an image in the 1920s. William Fowler, Curator, Artists’ Moving Image at BFI, says the work “demonstrates the level of invention that took place in the transition between the silent and sound eras.”

The film was discovered in October last year, when Fowler and fellow curator Bryony Dixon were researching early experiments in optical sound, and found it attached to a reel containing Oskar Fischinger’s 1931 short film Early Experiments in Hand Drawn Sound. Moholy-Nagy’s film was presented alongside Fischinger’s in a screening at the BFI this week before being released online.

The rediscovery of the film coincides with a new exhibition of Moholy-Nagy’s work at London’s Hauser & Wirth, on display until September 7. The exhibition was curated by Moholy-Nagy’s grandson, Daniel Hug, and focuses on his bold and diverse practice from the 1920s to the 1940s, which spanned photography, painting, sculpture, film and design. Hug said he was “grateful to the BFI” for the “thrilling re-discovery of one of Moholy-Nagy’s most radical film works. This reinforces his important contribution to film and sound art.”