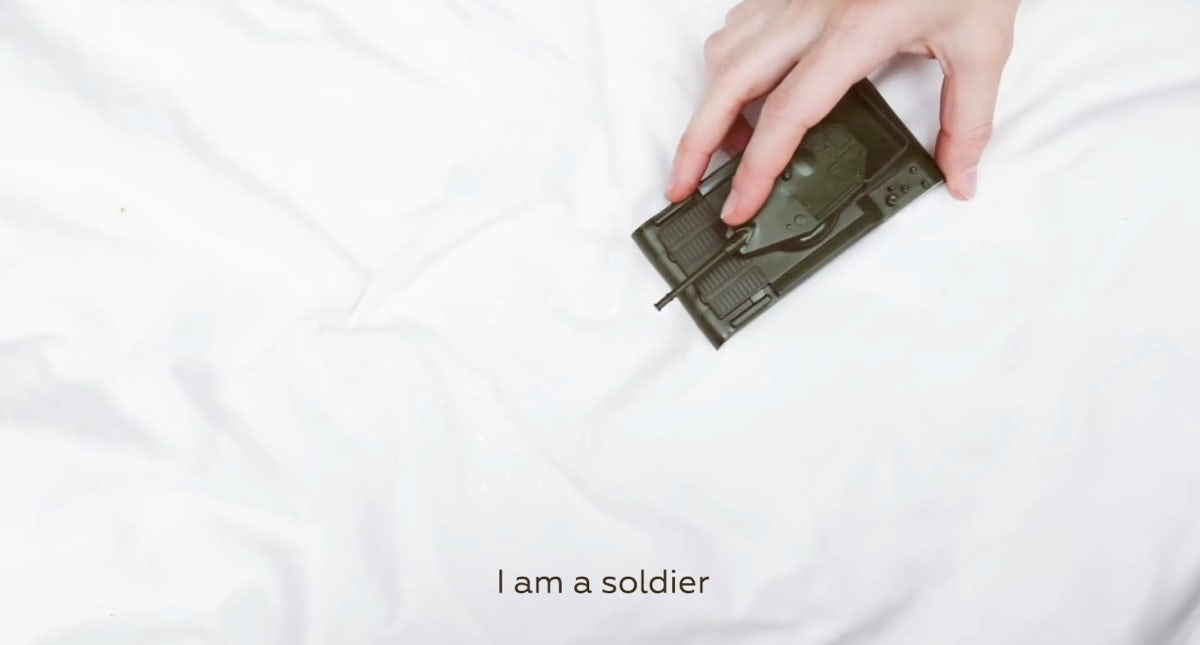 It wasn’t too long ago that Maryna Chernyavskaya, creative group head at Kyiv creative agency Bickerstaff, was feeling disillusioned with her job. “I felt burned out and tired, and I asked my boss to give me a creative break,” she tells CR. “I was thinking, come on Maryna, you’re almost 30 and what do you do for life? Just inventing jokes about yoghurt or something like that? It’s not really powerful and not really interesting and needed in the world. So when I got the brief for the Russian mums campaign I thought, OK, that’s what I want actually.”

The brief Chernyavskaya’s talking about is a campaign created by Bickerstaff to share information with Russian and Belarusian families about relatives that have been captured or killed in Ukraine.

As well as a Telegram channel and website with information about these soldiers, Bickerstaff created a moving video featuring a voiceover of a Russian soldier addressing his mother, accompanied by images of missiles striking buildings and footage of captured soldiers. It was sent to the Union of the Committees of Soldiers’ Mothers of Russia, and Bickerstaff says it’s been viewed around 500k times.

“That was the really hard emotional point, because usually when you create communications or a campaign you’re trying to feel yourself at the place of the person you’re selling or telling stuff to,” adds Chernyavskaya, who’s currently working from Amsterdam, having travelled there before war broke out on February 24. The rest of her family is still in Ukraine. 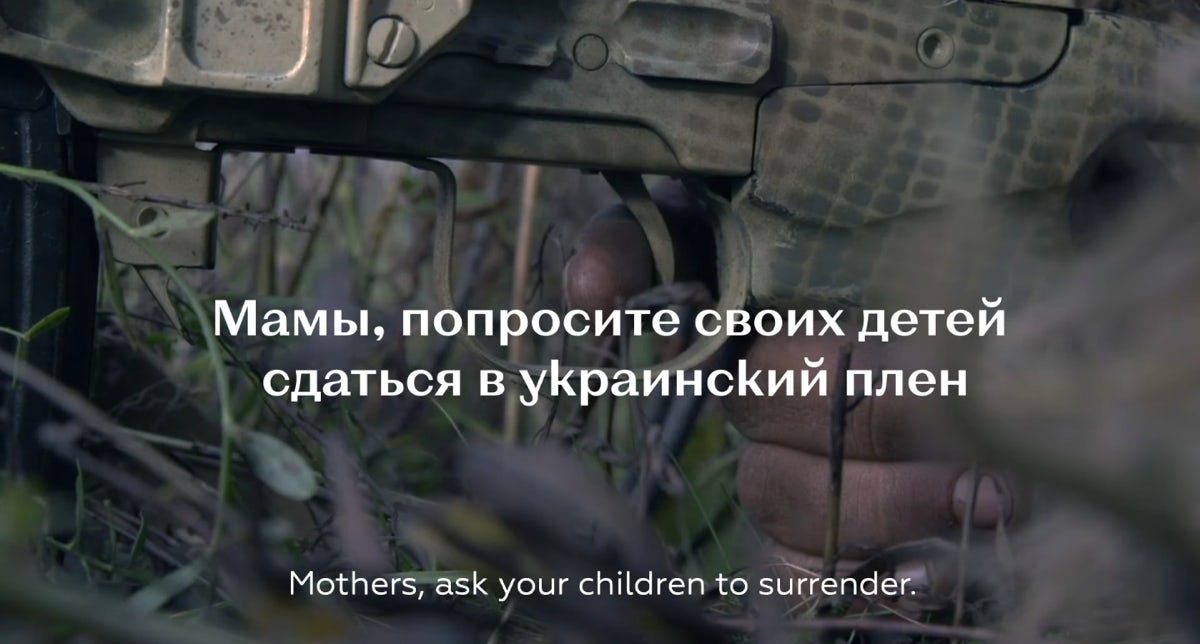 “It was really hard, but I felt like probably for the first time during my career that this thing that I’m doing is not just funny, or cute, or beautiful, or stylish. It’s important for someone. And that was hard, but that was a huge lesson.”

The campaign is one of several projects the agency is currently working on in partnership with the Ukrainian government, alongside other branding projects for humanitarian organisations working in the country, and projects with pre-existing Bickerstaff clients – including trying to raise money for a dog shelter just outside Kyiv, which is struggling to care for thousands of animals.

Prior to the war, the agency had made award-winning work for Ukrainian bank Alfa-Bank, the Ukrainian island of Khortytsia, and Ukrainian security company Sheriff.

Half of Bickerstaff’s 17-strong team remains in Kyiv, or the surrounding suburbs. The agency’s senior designer was, until recently, based in the town of Bucha, forced to shelter in a basement for almost 14 days with no electricity or heating, and very little food and water. She’s since managed to move to Kyiv, and is attempting to relocate to western Ukraine, which Chernyavskaya says is currently the safest location, despite still being bombed. 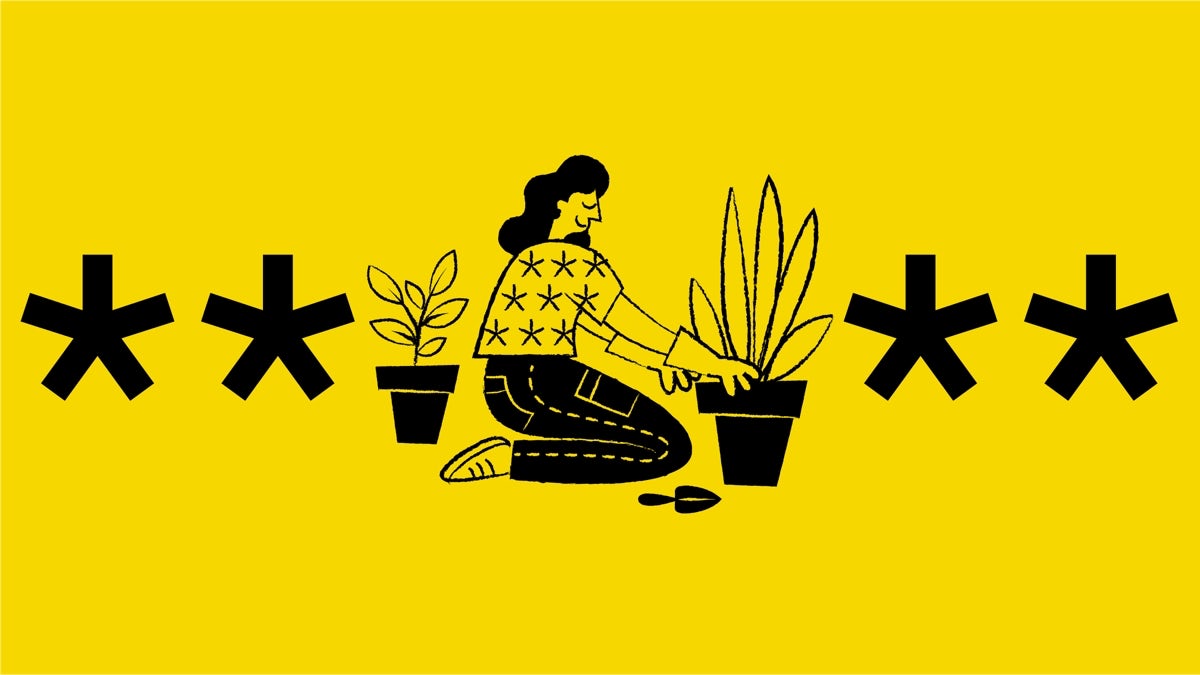 Although facing an unimaginable situation, Chernyavskaya says the agency was quick to respond to the situation. “On the second or third day of the war, when all of us accepted the fact that everything had changed, we decided that all we can do at the moment is something we’re good at,” she tells CR. “We decided to keep working, and now we have lots of work – but it’s only non-profit [projects] so we are constantly looking for some commercial clients outside of Ukraine to support our team.

“A special fact about Ukrainians as a nation is that we’re probably too proud, probably unnecessarily proud. We’ve regularly received questions from colleagues abroad about if they can donate to us or help support us financially and we say, no, thank you, but you can give us jobs. All of us are safe, and still able to do our jobs properly.”

Combating Russian propaganda is now a key part of Bickerstaff’s daily work. Chernyavskaya says they hope the campaigns they’re working on can convince Russians, at the very least, to question what they’re being told by their own government. And the agency still has faith that creativity has the potential to effect these kinds of changes. 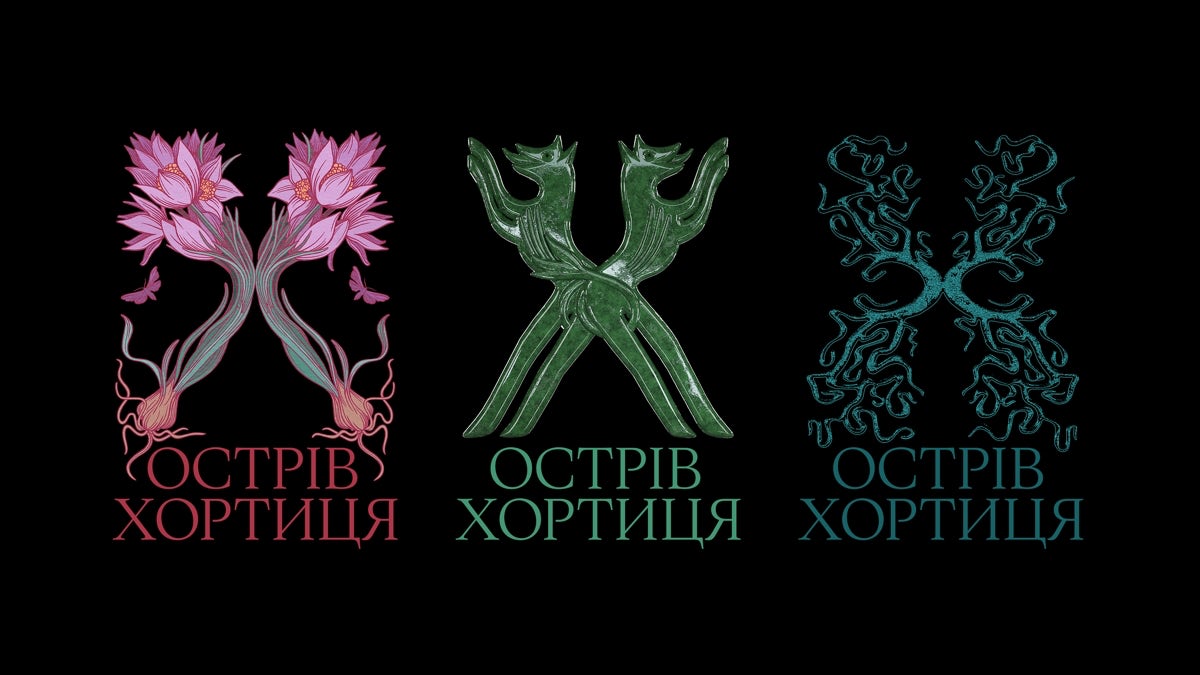 “To some extent I know it’s advertising, and creativity is first of all a business, but I still believe we have some place for art in this space, and in this market,” she says. “I believe that art during hard times saves people and helps them to open their hearts and listen, and see something they were not ready to see and hear before.

“It’s really hard to put away your anger, put away your fear and put away all the negative stuff you have inside. All of us currently have these emotions … and creativity is one of the most powerful tools. You can’t make people believe you if you just beat them and shout at them. It’s hard, but we are one of the most powerful groups at the moment. There are our guys fighting and defending the country with their arms, [but] for those who can’t do it physically, there’s a more emotional and artistic way just to get inside of the enemy’s heart.”

The importance of a powerful communication strategy, in difficult times, can also be seen in Ukraine’s president Volodymyr Zelenskyy. Although Chernyavskaya admits she had her reservations when the former actor was elected in 2019, she says it’s clear how pivotal his background in TV, and innate understanding of comms, has been during the war. Chernyavskaya credits his savvy with keeping Ukraine in the news and in people’s minds, even as people around the world, living in peaceful countries, might begin to lose interest in the onslaught of terrible reports. 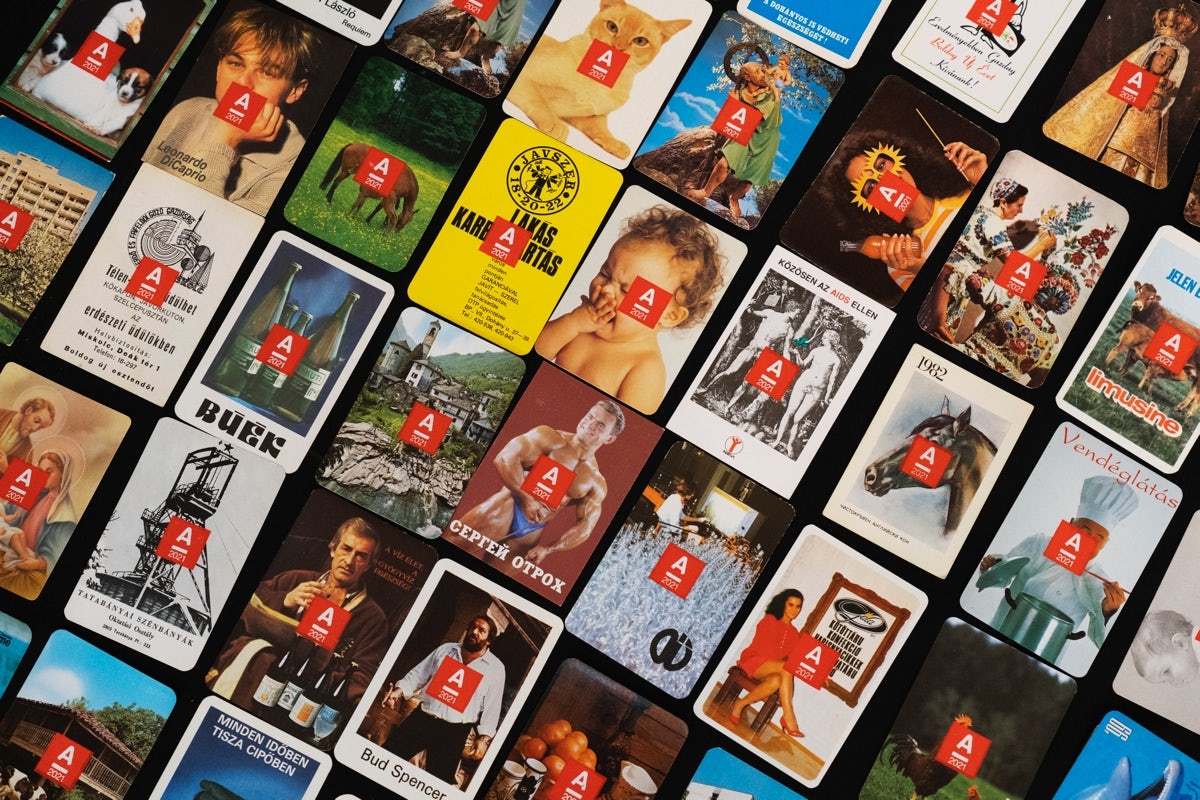 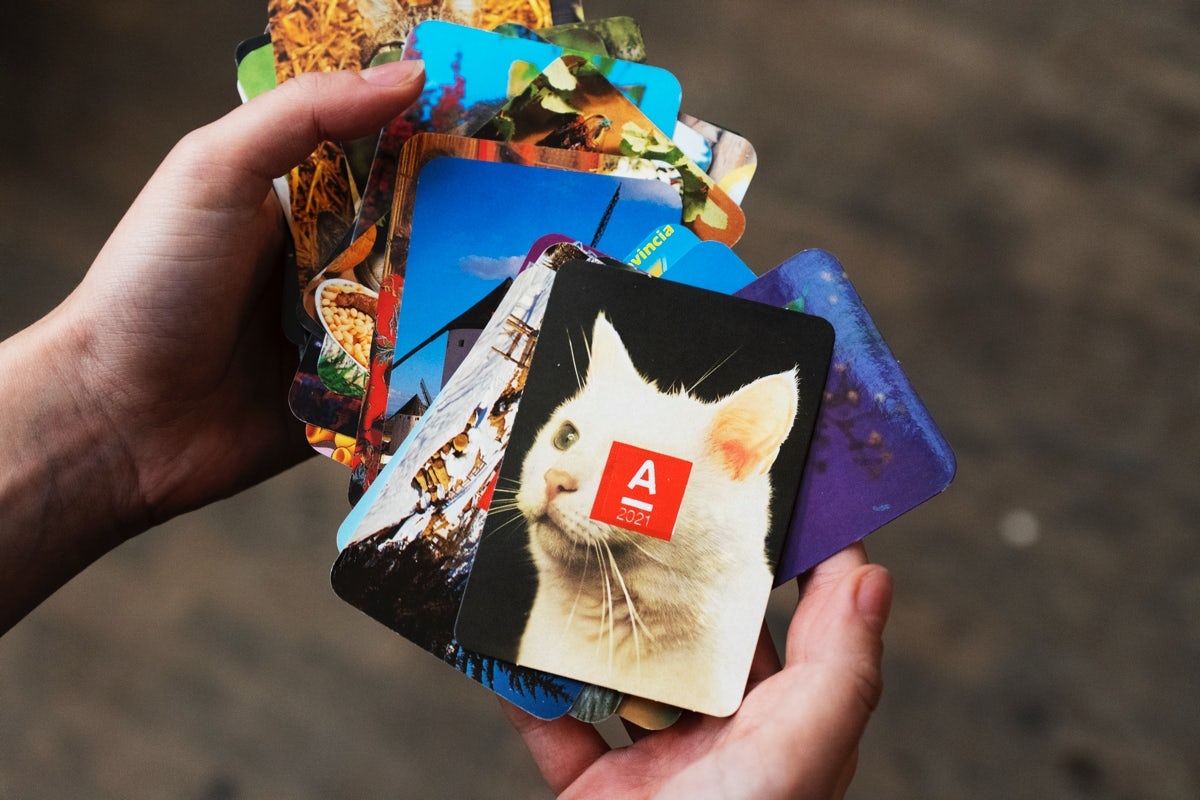 “People living their lives in their safe countries are not going to protest in their main squares for months or years,” she explains. “It’s going to end, and thanks to the president, who is a really skilful showman, he keeps the attention and interest on the Ukrainian question.”

According to Chernyavskaya, Ukraine’s Ministry of Digital Affairs has also harnessed the power of communication, quickly assembling teams to send messages “to every corner of the Russian internet”, and other Ukrainian ad agencies are also working on projects to convince the country of the truth that lies behind Putin’s propaganda.

And this work is, perhaps, says Chernyavskaya, one way for Ukrainians to grapple with the horror they currently face. “Some of us are volunteering, for example packing humanitarian cargoes,” she tells CR. “Some are doing the job our team does, because it’s still needed.

“Working right now is a type of relaxation – not about being relaxed but about being focused on something except the horrific photos of bombs and hospitals.”