Place branding is big business these days. It’s become widely used by countries looking to rejuvenate their national image and attract more tourism, as seen with Smörgåsbord’s recent overhaul of Wales’ place branding, or to create personalities for entirely new areas, such as dn&co’s reimagining of the former London 2012 Olympic site as tech hub Here East.

The studio, which also worked on the place branding for the Television Centre in west London and Ilford on the outskirts of the capital, has just unveiled its latest place-themed project: a new look for Birmingham’s creative quarter Digbeth.

The area was historically Birmingham’s key manufacturing hub since the Middle Ages, and played a key role in the city’s industrial revolution in the 18th and 19th centuries.

More recently it has undergone huge redevelopment, with former industrial sites and factories such as the Custard Factory becoming home to an array of independent shops, startups and other creative businesses. 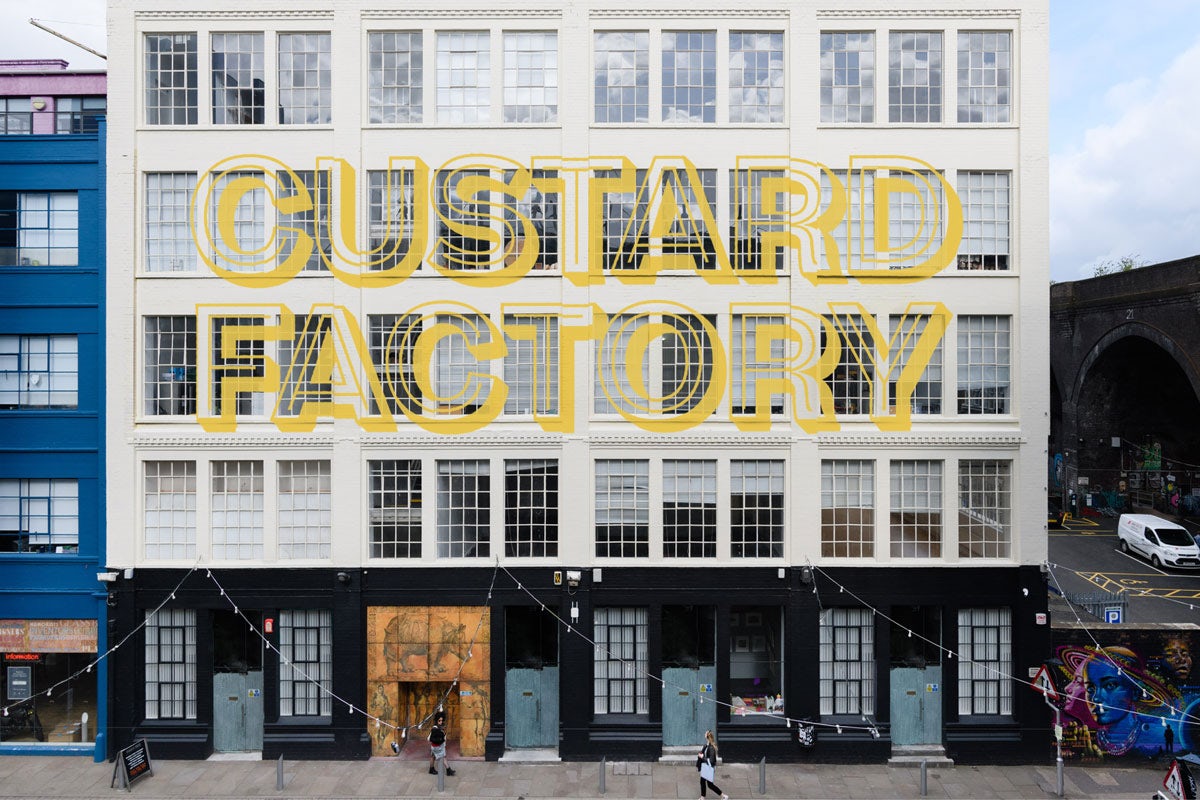 Based partly on interviews with local business owners, Digbeth’s new place branding nods to the quarter’s industrial roots, as well as its more recent reputation as a hub for creativity.

The main brand colour, a distinctive yellow shade, takes inspiration from the Custard Factory’s history as the birthplace of Bird’s Custard when it first opened in 1906. 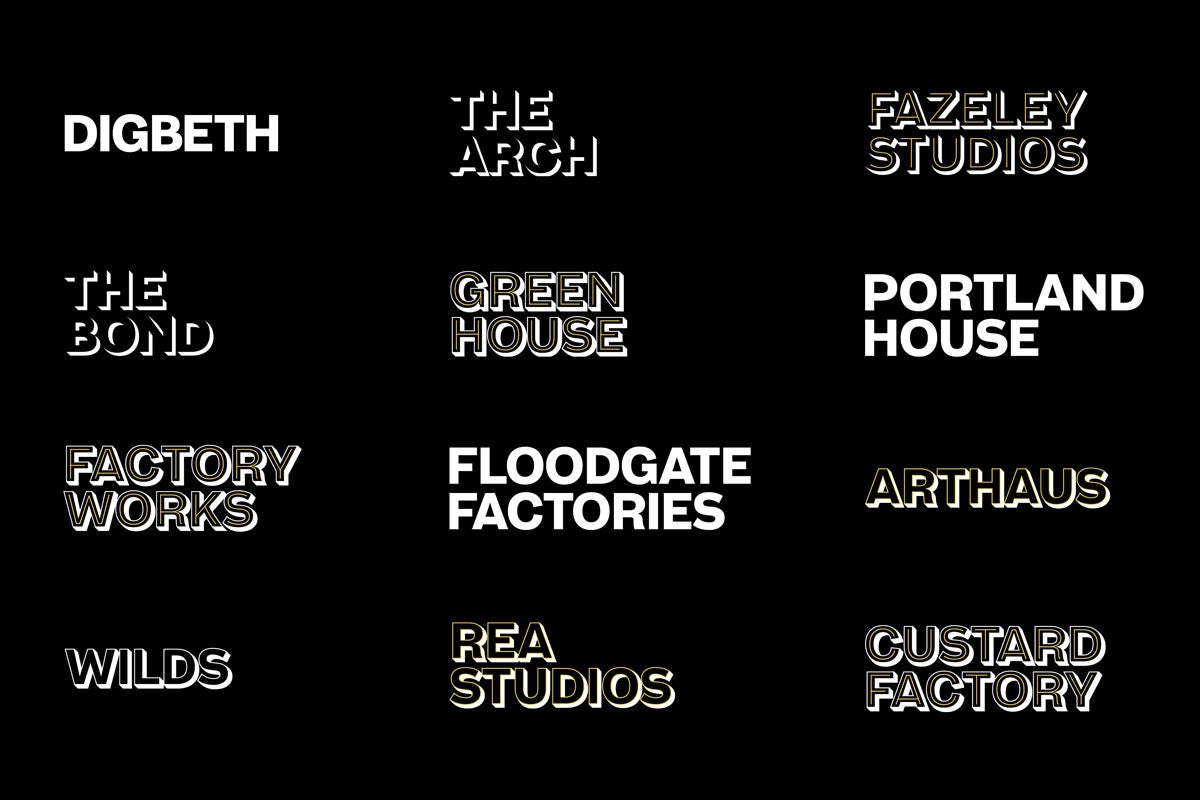 The Studio has also collaborated with type foundry Colophon to create a bespoke typeface for the neighbourhood, Digbeth Sans, which can be downloaded for free by anyone working or living in the area.

“In a place where a digital agency sits next door to a blacksmith and opposite someone who specialises in 3D printed candy, there was never going to be a single marque that could reflect the incredible diversity of this community. Instead, we developed a rich typographic identity to give us the necessary flexibility,” says dn&co Creative Director Patrick Eley. 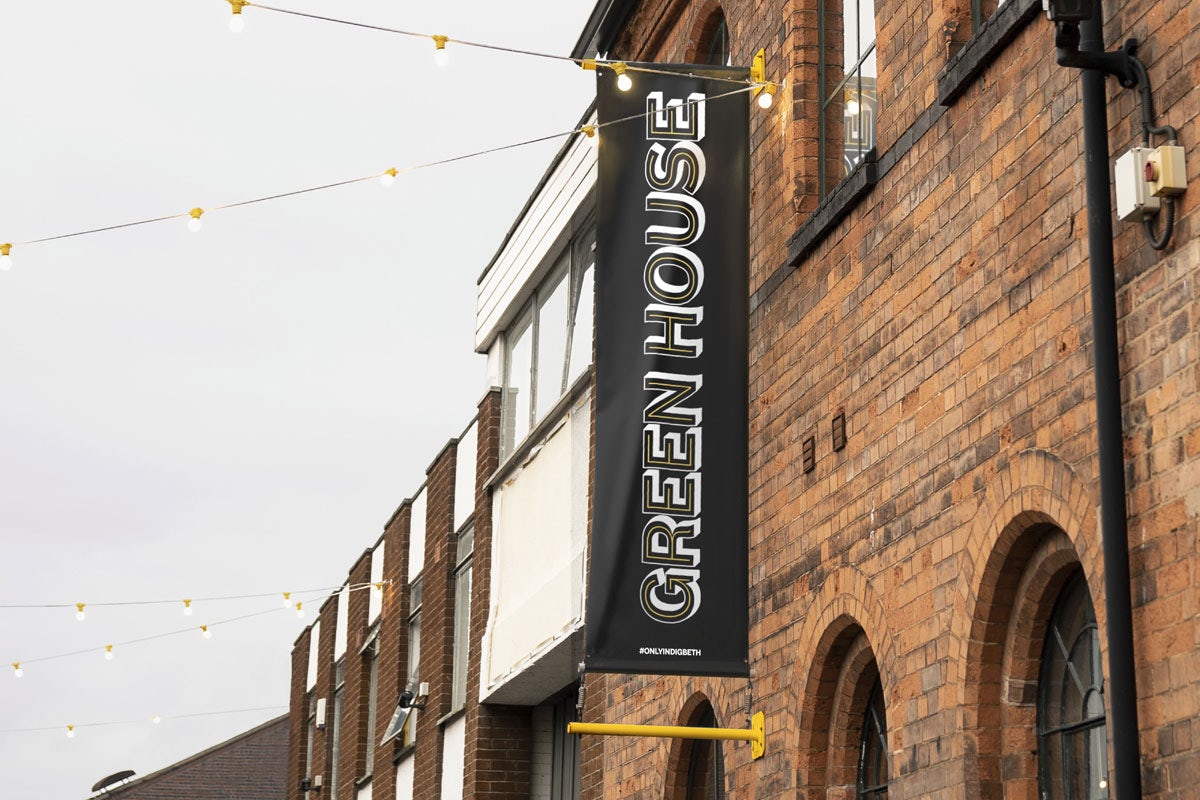 The typeface is composed of several layers – including inline, outline and shadow –which can be dialled up or down for different places in the area, such as Factory Works and Green House.

“The variety of styles and layers draw inspiration from the lettering on the canal boats, and the industrial typography that runs through Digbeth and the surrounding Grand Union canal,” adds Colophon Foundry Director Anthony Sheret. 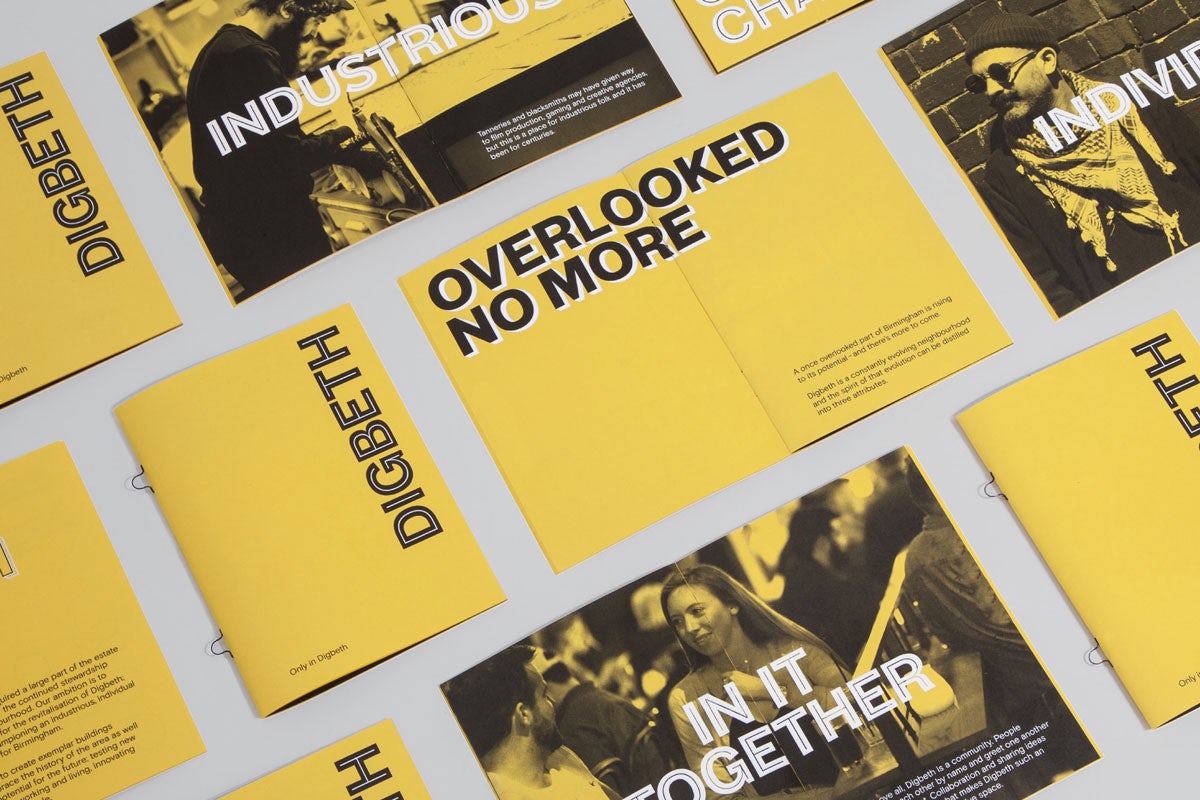 The new branding will be unveiled by dn&co at this year’s Birmingham Design Festival, which runs from 6-8 June. The studio has also worked on the brand strategy and website for Digbeth, and the identity will be rolled out across print and digital marketing materials, signage and wayfinding in the coming months.