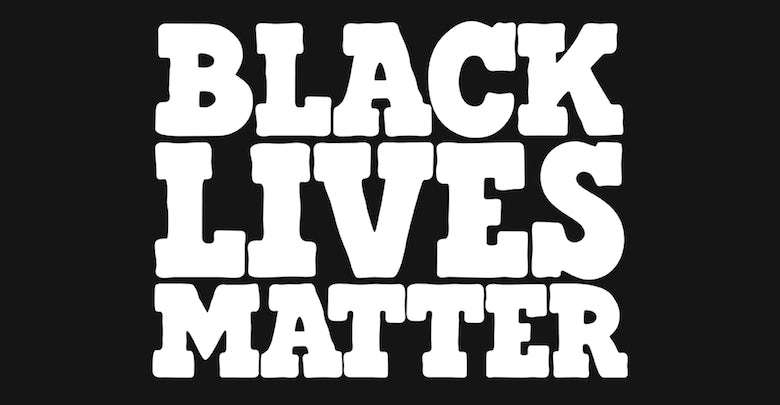 In my 2018 thesis, titled ‘How brands use trends to enhance credibility’, I looked at brands and their opportunistic relationship with Black culture. I knew that it wouldn’t be the last time I’d have to make the case for not commodifying Black lives. So, to say I’m surprised that we’d be seeing the same type of brand backlash in response to #BlackoutTuesday would be dishonest.

As once-silent brands and corps rolled after one another to share black screens and statements in support, I, amongst many others, questioned the tact and integrity in this alliance by brands. According to cultural branding guru Douglas Holt, brands must co-opt cultural movements at the right moment to remain relevant – they must also be consistent. Though many brands felt that this was the right moment, their ‘efforts’ were quickly met with contempt. This moment reminded me of when brands like Pepsi were called out for co-opting the Black Lives Matter movement with the infamous Kendall Jenner ad (which has re-entered public discourse this week). Or when Dove were called out for their T-shirt ad (and other ads) in the same manner as we’re demanding that brands do better today.

On Monday, members of Congress introduced the Justice in Policing Act of 2020. But that news that was bulldozed by the pageant antics accompanying it. Swathed in identical kente stoles, the lawmakers “only made themselves models of obtuseness,” Doreen St. Félix writes. At the link in our bio, read St. Félix on the history of kente and the Democrats’ photo op, which “felt not just misguided but like an outright mockery.”

The Black Lives Matter movement isn’t a trend to be commodified. I repeat, the Black Lives Matter movement should not be commodified. But it already has been, by brands and people. Whether it’s brands banding together to sell merch in aid of Black lives, or members of victims’ communities, it raises the issue of intentionality. As brands all over the world are taking a stand, the virtual protest leaves consumers asking these three questions; where were you then, why now, and for how long will you take a stand?

HOW TO ALLY: THE BEST BRANDS IN CLASS

Brands have been stuck between having to prioritise either Black or LGBTQ+ voices during June – as if the two couldn’t possibly coexist. In light of this, there are very few brands that have authentically been able to align themselves with both causes.

Ben and Jerry’s have recently been lauded as the ones to watch as many brands flock to understand ‘how to be an ally 101’. The ice-cream brand made its alliance to Black Lives Matter clear in 2016 following on from Ferguson’s protests for Mike Brown (image from that statement shown top). They were one of few brands whose recent virtual protest was met warmly because of their consistency to the cause; being constant in your approach is key.

The murder of George Floyd was the result of inhumane police brutality that is perpetuated by a culture of white supremacy. Link in profile for our full statement.

But this won’t guarantee immunity from criticism. Absolut has been successful in advocating with the LGBTQ+ community for 35 years, so much so that vodka itself has being hailed as the ‘Spirit of Pride’. Absolut continues to donate to LGBTQ+ organisations, whilst sporting the rainbow all year round, not just during the month of Pride. However, Absolut has received criticism of pink-washing despite having 35 years of continuous support. The problem is the idea that brands are now supposedly supporting Black and LGBTQ+ causes, when in the past they only align to profit off aspects of their culture. Brands must be willing to take on struggles instead of simply supposing/announcing themselves to be allies to the cause.

Whilst the creative industry attempts to put action behind their pledges, with posts and donations, there has been a flurry of opportunities and mentoring being made available specifically for Black people. This has Black creatives rushing to now-available opportunities they were once led to believe were limited or nonexistent. It’s unsettling that these are only just being made open after such tragedy and raises a question as to why they seem to only arise in hindsight?

Only being concerned with offering aid or opportunities to Black people for a period of time is racist. It’s putting a timer on relevancy for a community who has entire systems and structures set against them.

“This whole, kind of, falling in love with black things for a short period of time is essentially racist,” said Courtney Callender, former director of the Studio Museum in Harlem, New York, in 1973. “It still is hypothesised on a great sense of separateness and a sense of treating black activities as a kind of curiosity; either benign or threatening, one or the other. When it’s threatening, ‘Oh my god, they’re going to riot or something’. And if it’s benign, ‘Let’s let them paint or draw or sing or dance, whatever they want to do. Until we, the white community, get tired of it’, and that whole structure, is essentially racist.”

The creative industries has a cyclical nature in the way it chooses to align itself with Black people and culture. The difference is that now consumers and employees are no longer waiting for change, rather demanding it. Yet despite Black creatives speaking out about the injustices they face in this industry, brands like Google have reportedly shut down their diversity schemes amid fears of looking too anti-conservative.

The virtual protest leaves consumers asking these three questions; where were you then, why now, and for how long will you take a stand?

It has taken countless murders and a global pandemic for organisations to begin efforts towards making space for Black employees. If the advocacy is genuine, not contingent on selling a product or responding to a new wave in a longstanding fight against racism, it can’t just live in outward branding or virtual declarations alone. Alexis Ohanian, the co-founder of Reddit, showed what true brand allyship looks like when he stepped down and advocated to be replaced by a Black person. Acknowledging that the momentum for change needs to arrive from the top to ensure that Black lives truly matter across all levels of a brand’s organisation.

I can hope that the work is being done in longevity, with intention to include and retain Black people into a workforce that has a plan to support them. Because the revolution won’t be sustained in diversity schemes.