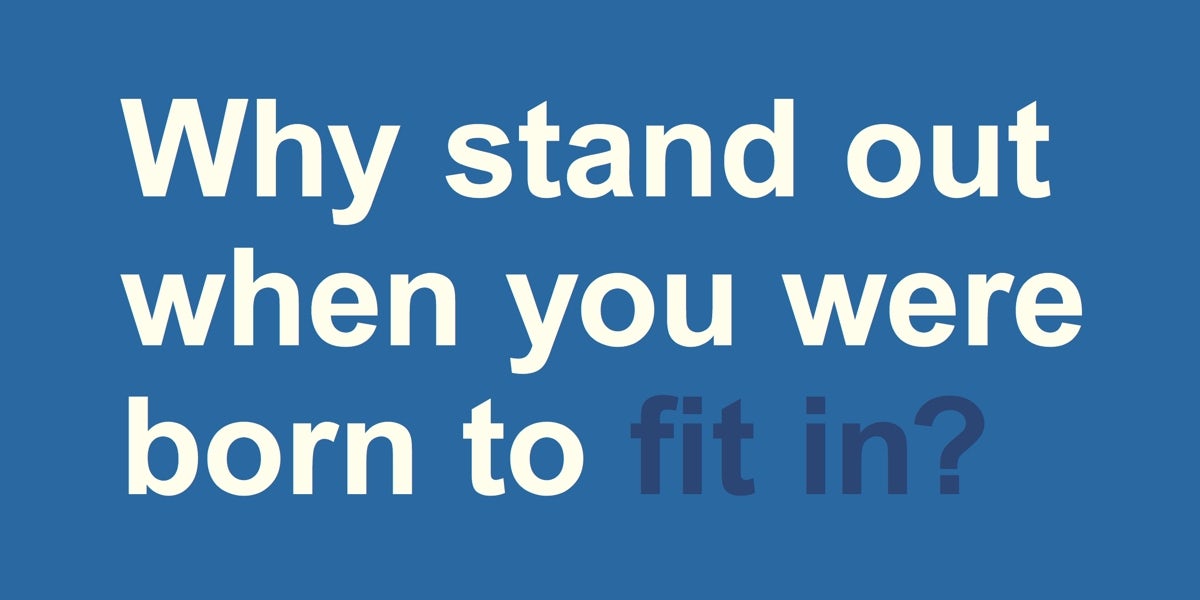 Copywriter Vikki Ross and Mellor&Smith design director Paul Mellor are on a mission to end the reign of bland branding, having launched the Bland Book in 2019 to mock the rise of companies relying on empty statements and equally empty design.

“We did it so brands and agencies would recognise themselves in it – either through work they’ve done or people they’ve worked with,” says Ross. “We want them to see that they shouldn’t produce anything bland as it’ll never compel consumers to take notice.”

What was originally just a set of guidelines has now developed into a fully fledged website, with contributions from creative industry figures from across the world. And it tackles a long list of misdemeanours including terrible press releases, diabolical briefs and a sarcastic social media guide that takes aim at brands’ reliance on influencers and its lip service approach to diversity. 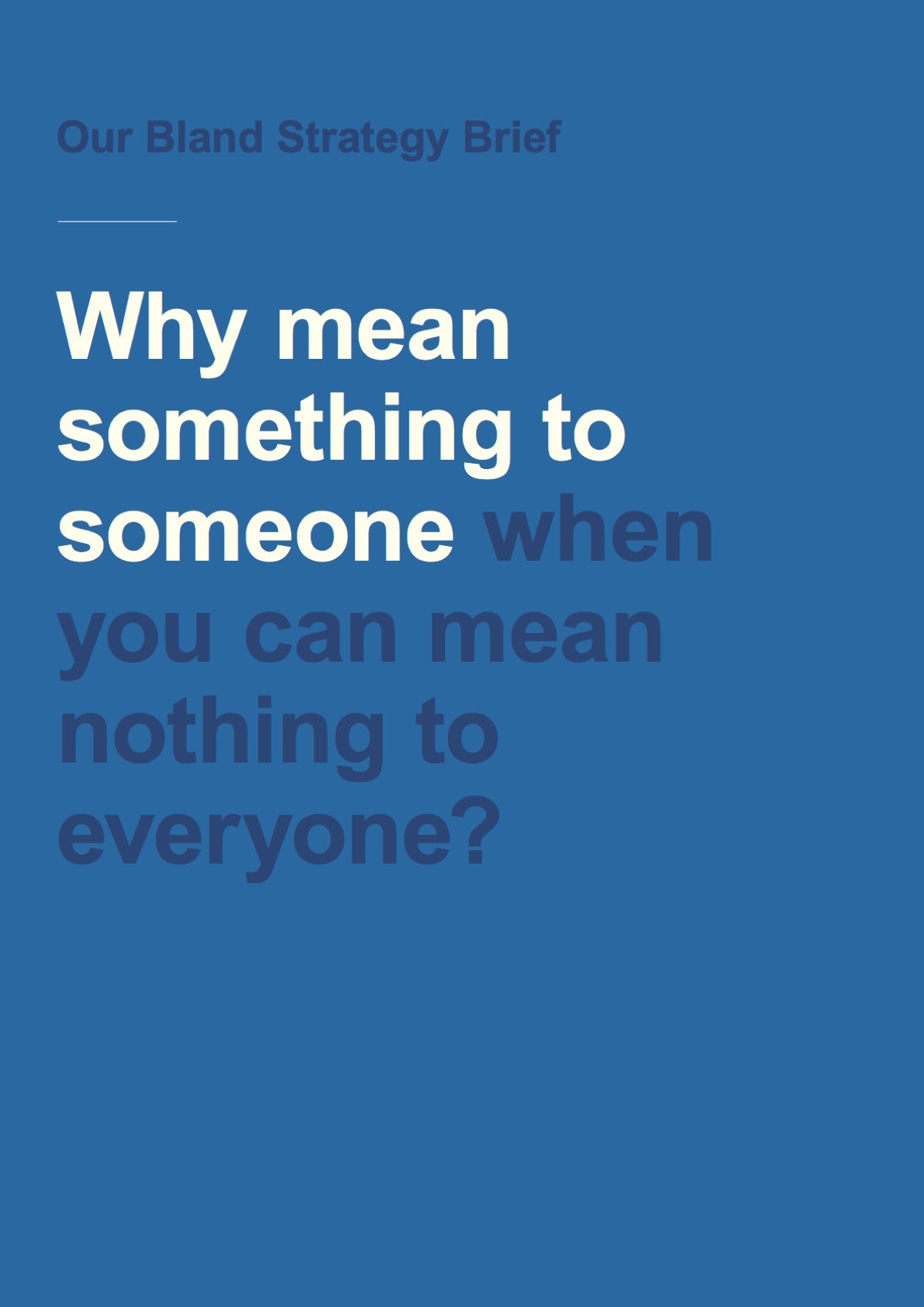 It makes for amusing and potentially uncomfortable reading, managing to get to the heart of why so many brands end up feeling so unremarkable. The bland thinkpiece, written by &us’s brand and innovation director Amy Kean feels particularly incisive. In it she perfectly mimics the jargon-heavy drivel that many creative companies believe passes muster, as well as the industry’s magpie-like attraction to the next new thing.

“Our industry has been on the cusp of a sudden, unprecedented exponential revolution for an unquantifiable amount of years,” she writes. “Not one living or deceased human, animal or mineral can keep up with the pace of change. The pace of change has been so fast, it’s faster even than 5G, which is also a revolution, but an additional one to the one we’re currently in.” 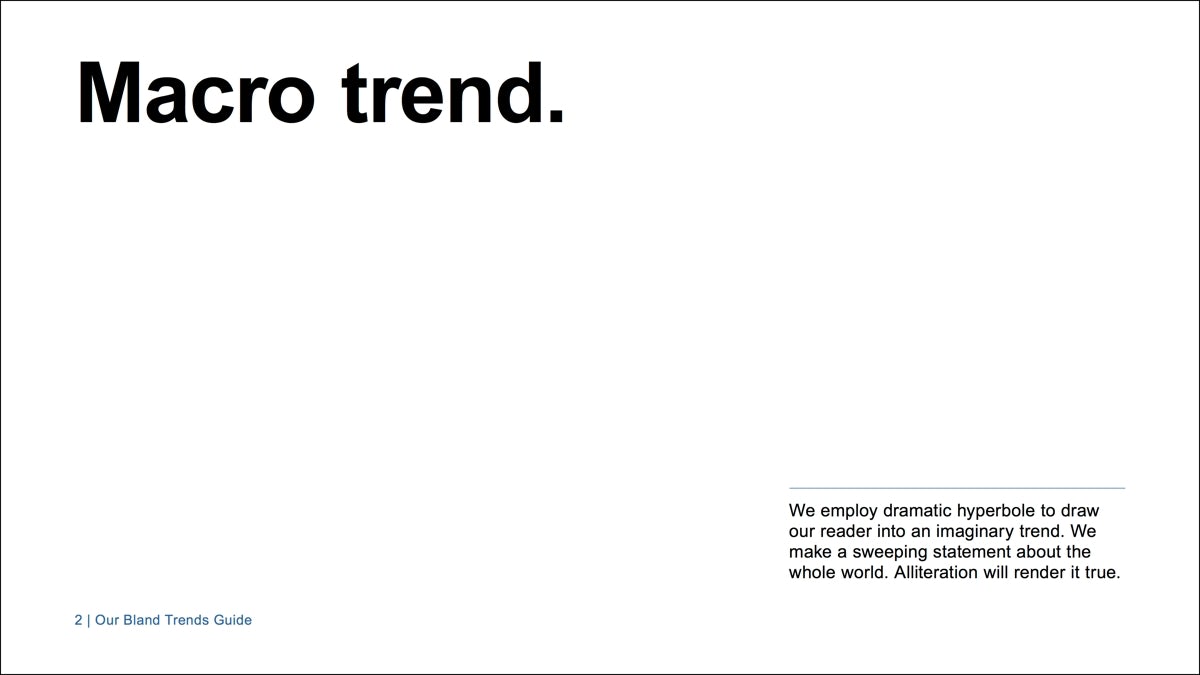 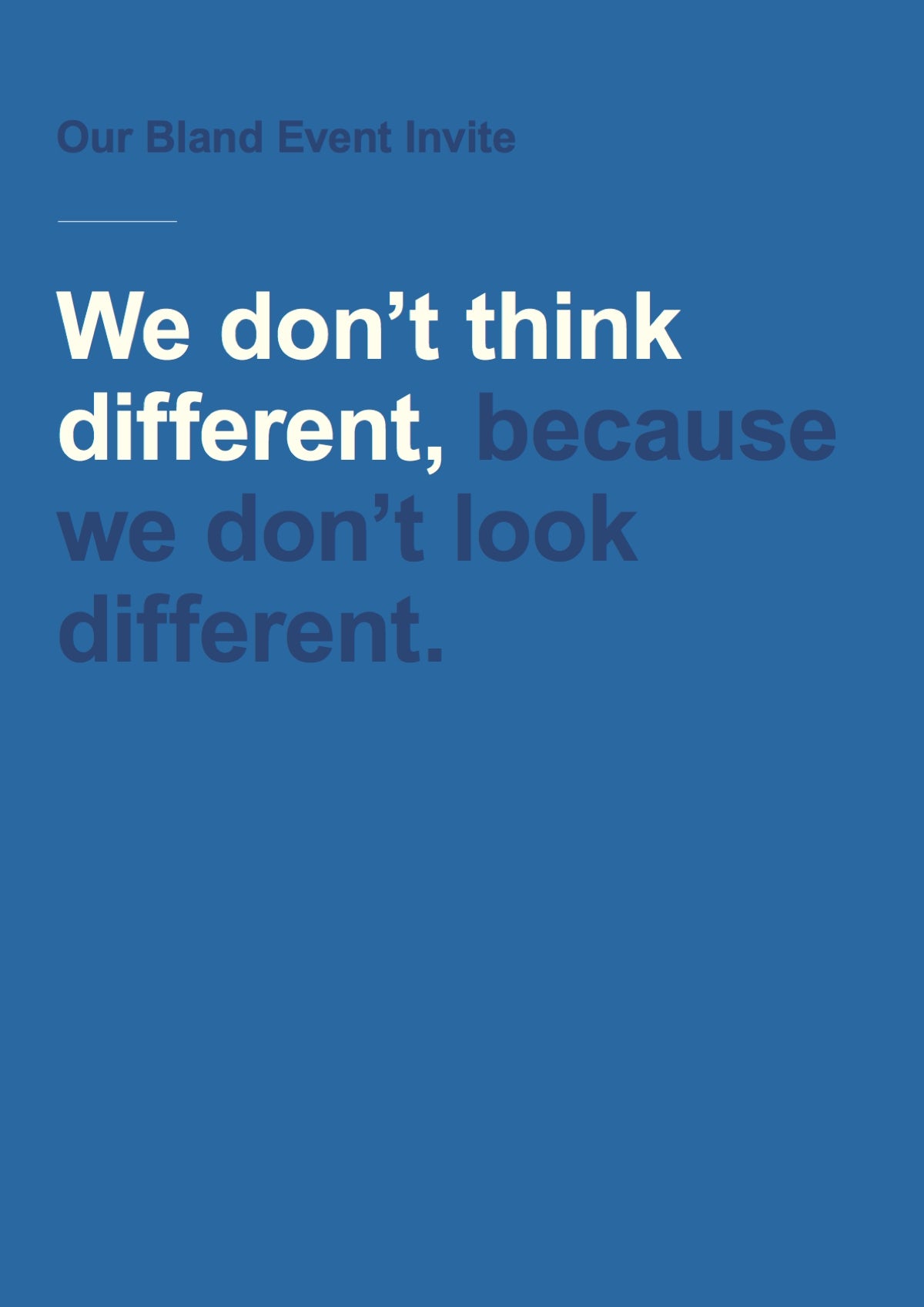 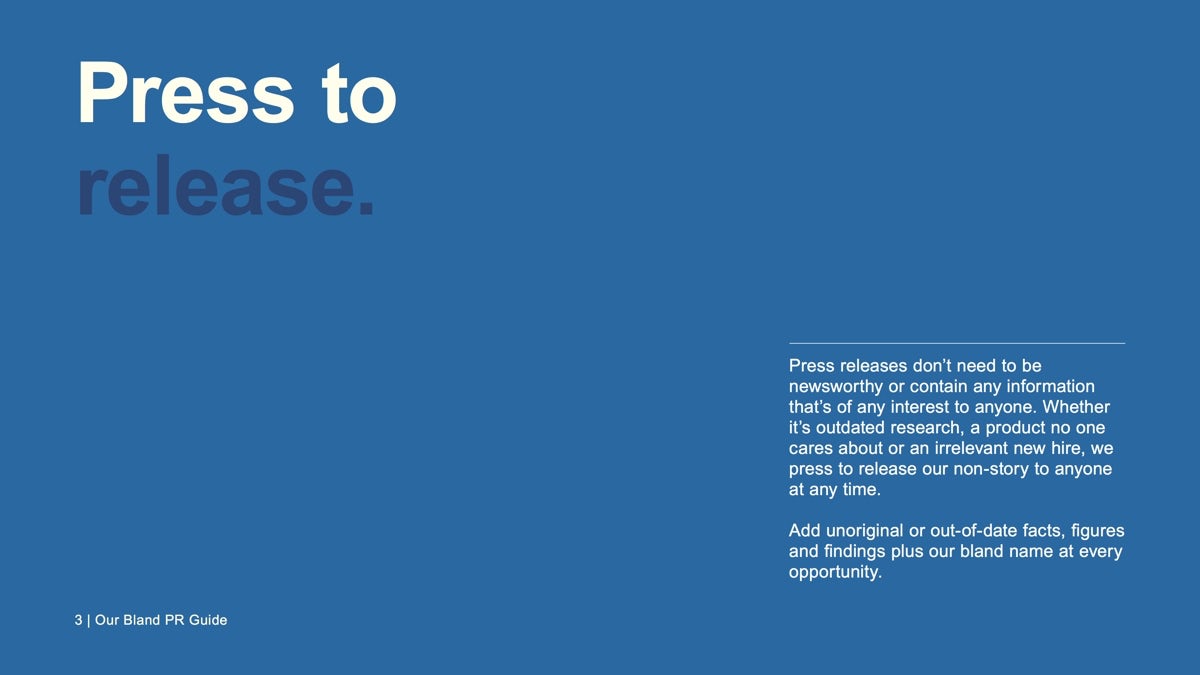 “Bland is the new oil and oil is the old data,” she continues. Disruption is the glue. But what’s driving it? Let me tell you about some innovations we have absolutely nothing to do with: AI, VR, AR, drones, bitcoin. Our proprietary methodology and artificial approach combines every technology ever invented to form a kind of bland machine.”

It’s all in good fun, but beneath that there are some serious lessons for brands, design studios and creative agencies to take note of. These habits might be easy to poke fun at, but they’re just as easy to fall into.