Roller skater Harrison Peterkin is the star of the music video for Otomo, Bonobo’s new single with producer O’Flynn, which is directed by Dave Bullivant.

The track’s introduction and choral bridge offer moments of respite in the visuals as Peterkin glides around serenely. However, the tension soon builds back up through his expressive movement on roller skates, eventually culminating in wildly disorientating footage and editing as the bass and percussion kick in again.

“This track was a really intriguing one to work with creatively,” Bullivant tells CR. “On first listen you just feel the vibe and the beat and it’s obviously a banger. But when you get under the skin of it you start to feel these polar opposite emotions: serene, soaring freedom and intense, almost deafening claustrophobia. I wanted to bring these two elements together with a something that can contain these two emotions, and skating seemed like an interesting fit. I have this whole back story of this character and what has happened to him and why he is on the journey he is on, but I like to keep that to myself and let the viewers fill in their own ideas.”

The footage was shot in Cape Town across three days, and brings together remarkable landscapes and city scenes. But these vistas are only left to breathe half the time, before they’re twisted up thanks to the use of 360-degree cameras and a particularly intense editing style.

“I have been obsessed with these 360 action cameras for a while now as they are totally unique in what they can do, but no one seems to be really pushing what is possible with them in a way that created a totally new visual,” says Bullivant, who poured a lot of his time into experimenting with them. “I ended up with a nice set of techniques that I could bring to the shoot to get what I wanted. We had various lengths of selfie sticks, and a body brace that works like a cheap Snorri Cam,” he says, referring to a piece of equipment that can rig a camera to a body. 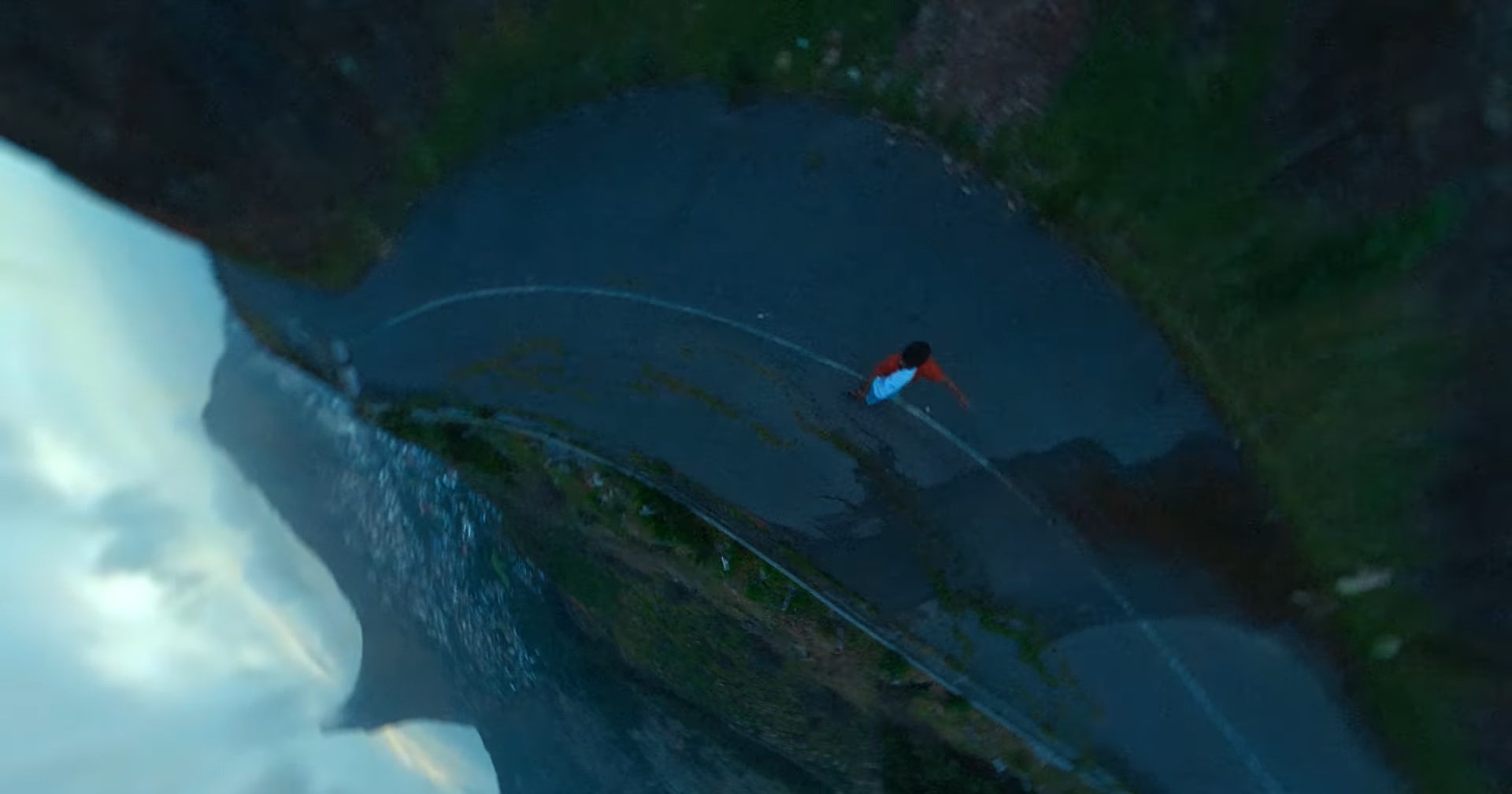 “Once I had attached the camera to Harrison (the skater), the crew would all hide away and he would skate off into the distance. The key was in the movement or the placement of the camera. Once that was right, in the edit I would animate the point of view to the beat. There are so many variables that you have at your disposal with 360 footage.”

Working with three days’ worth of footage taken from three different cameras (one of which had “infinite possibilities in terms of focal length and pan, tilt and rotation”), the project involved “a beast of an edit”, Bullivant explains. “I was sat next to my editor generating rushes from the 360 camera whilst he was cutting the more traditional cameras together. I knew I wanted to push the techniques harder than anyone had before, but it still needed to communicate and look good. That was the hardest part. Big props to my colourist Jason Wallis for matching all of the disparate visual streams into something beautiful.” 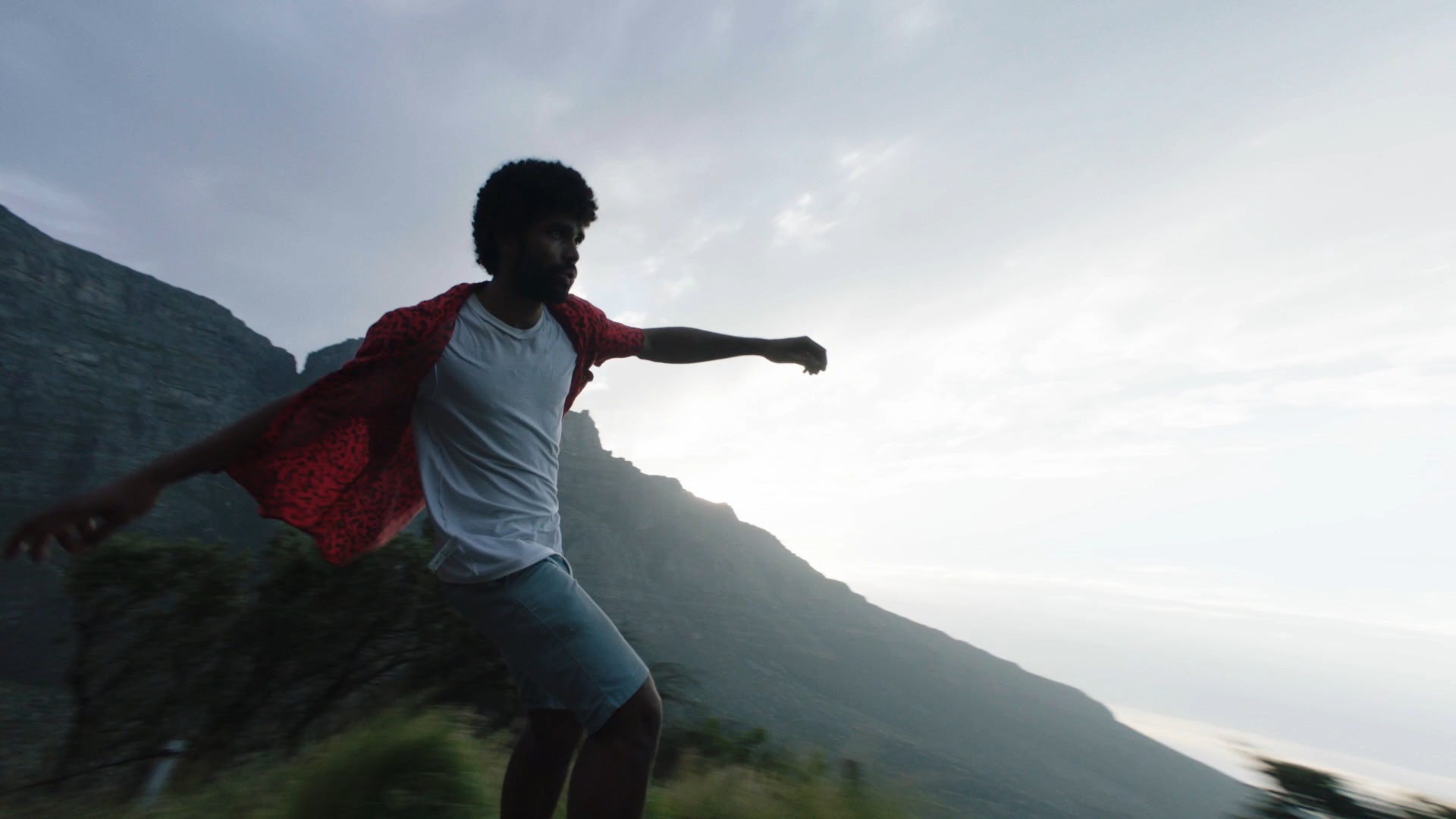 Bullivant has previously worked with Bonobo under the alias Bison. The director’s glitchy video for Kerala, from the producer’s last album Migration, starred Gemma Arterton and demonstrated Bullivant’s grasp of striking yet tense editing.

Fragments by Bonobo is out on January 14 with Ninja Tune; davebullivant.com