Towards the end of last year, D&AD debuted its free digital Annual, a move that has made the industry’s best work more accessible than ever, but equally left many creatives feeling the power of the printed page had been overlooked.

Among those disappointed by the digital-only D&AD Annual was creative team Rhys Hughes and Barret Helander, who work together at London communications agency Elvis. Their project The Illegal Blood Bank picked up five pencils in 2020, meaning they were set to appear in the book for the first time. When they realised this wouldn’t be the case, the duo set about making their own version of it.

The initial idea was to whip up a few copies for themselves, however this has evolved into creating a limited edition run of 100 copies at £58 each – a nod to it being D&AD’s 58th Annual – with the money leftover from sales going to the organisation’s education fund.

At 542 pages, their version is around the same size as the usual D&AD annual, and features all of the 2020 pencil-winning work. Dubbed the Bootleg D&AD Annual, the book draws on its unofficial ‘knock off’ status in the tone and design, complete with a cardboard cover, dodgy photocopy textures and a questionable take on D&AD’s typographic style, since they couldn’t get hold of the official typeface. The D&AD Annual logo has also been reimagined to fit the tagline ‘Not Dead Yet’. 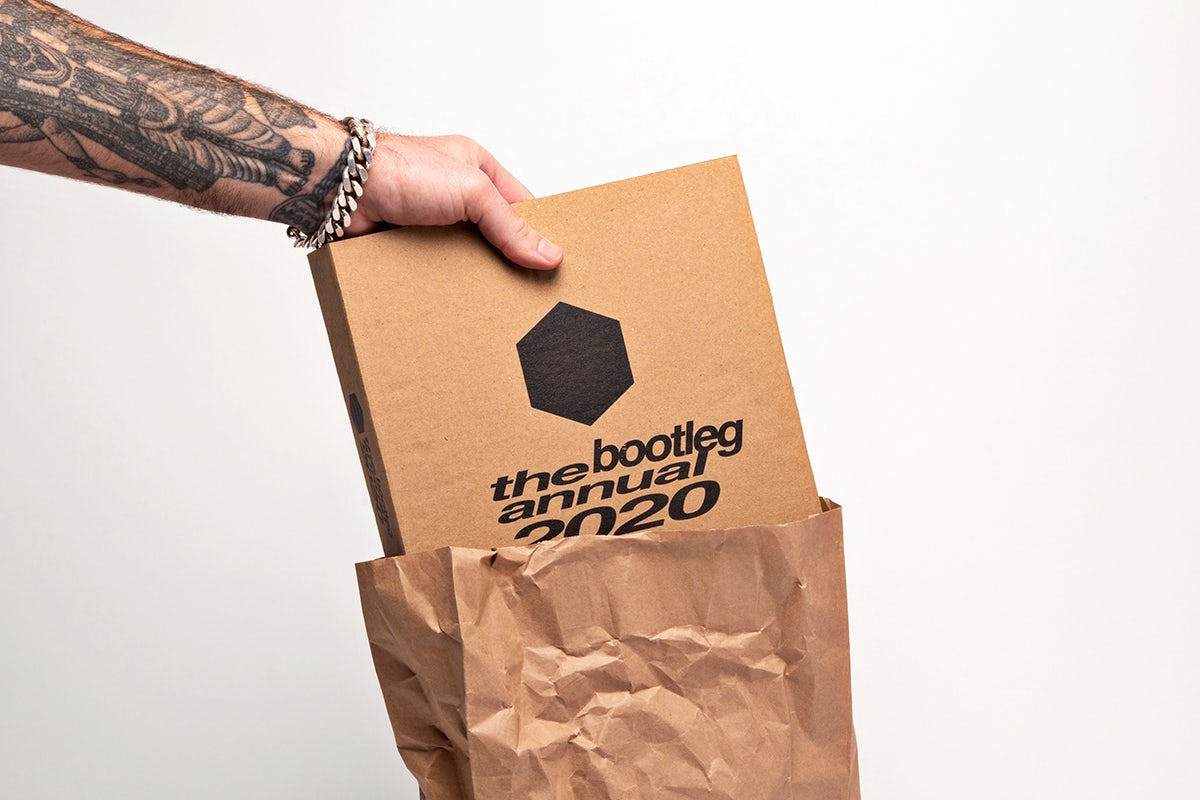 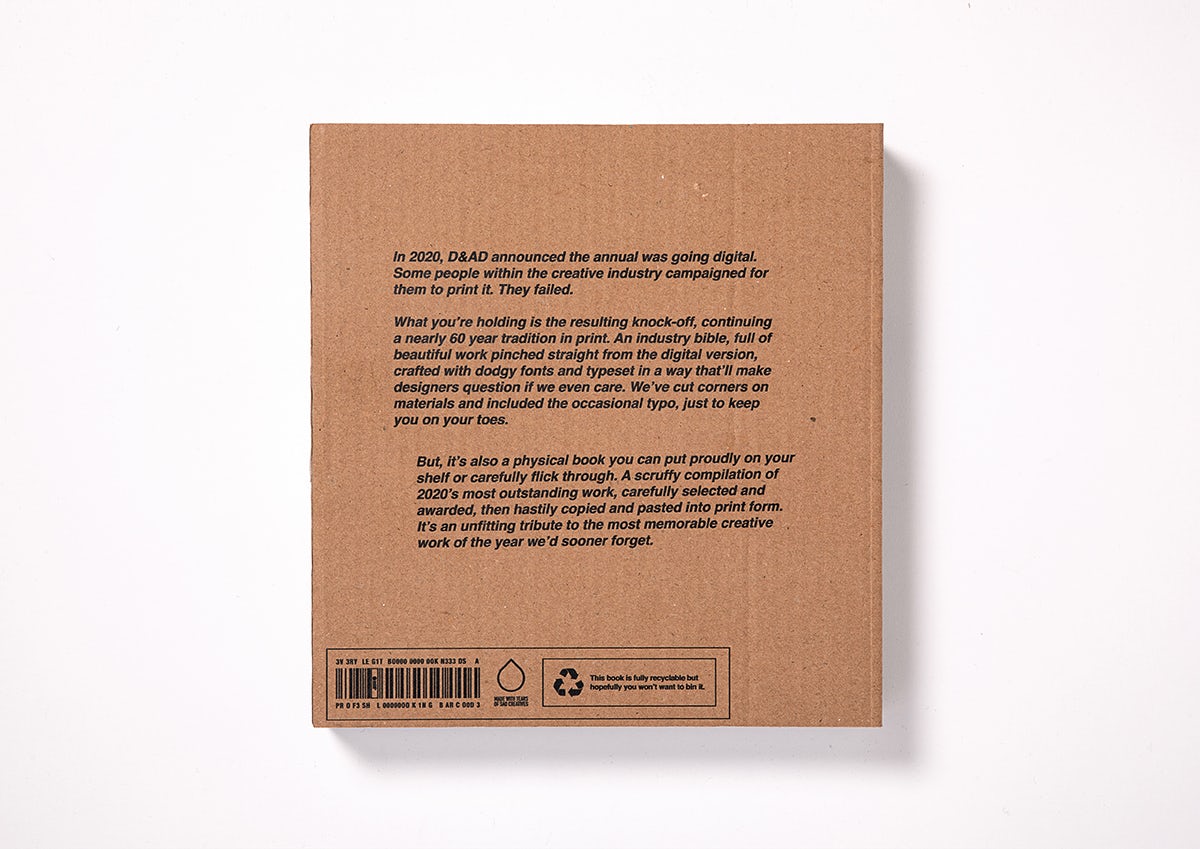 “We both love the book, have used it for inspiration throughout our student and professional careers and looked forward to the day some of our work would feature in it. Finally it was our year, then this happened,” Hughes and Helander tell CR. “We think there’s something really special about a proper, real life book, especially one that’s been going for so long, and don’t believe it can ever be fully replaced by a website. As Sir John Hegarty writes in the foreword: ‘In a time when we’ve lost so much, it’s important to hold onto that which is precious.’

“Don’t get us wrong, the website is brilliant, we just don’t see why the two have to be mutually exclusive. Even as we were making it, we realised how well a physical and digital annual could potentially work together,” they add. 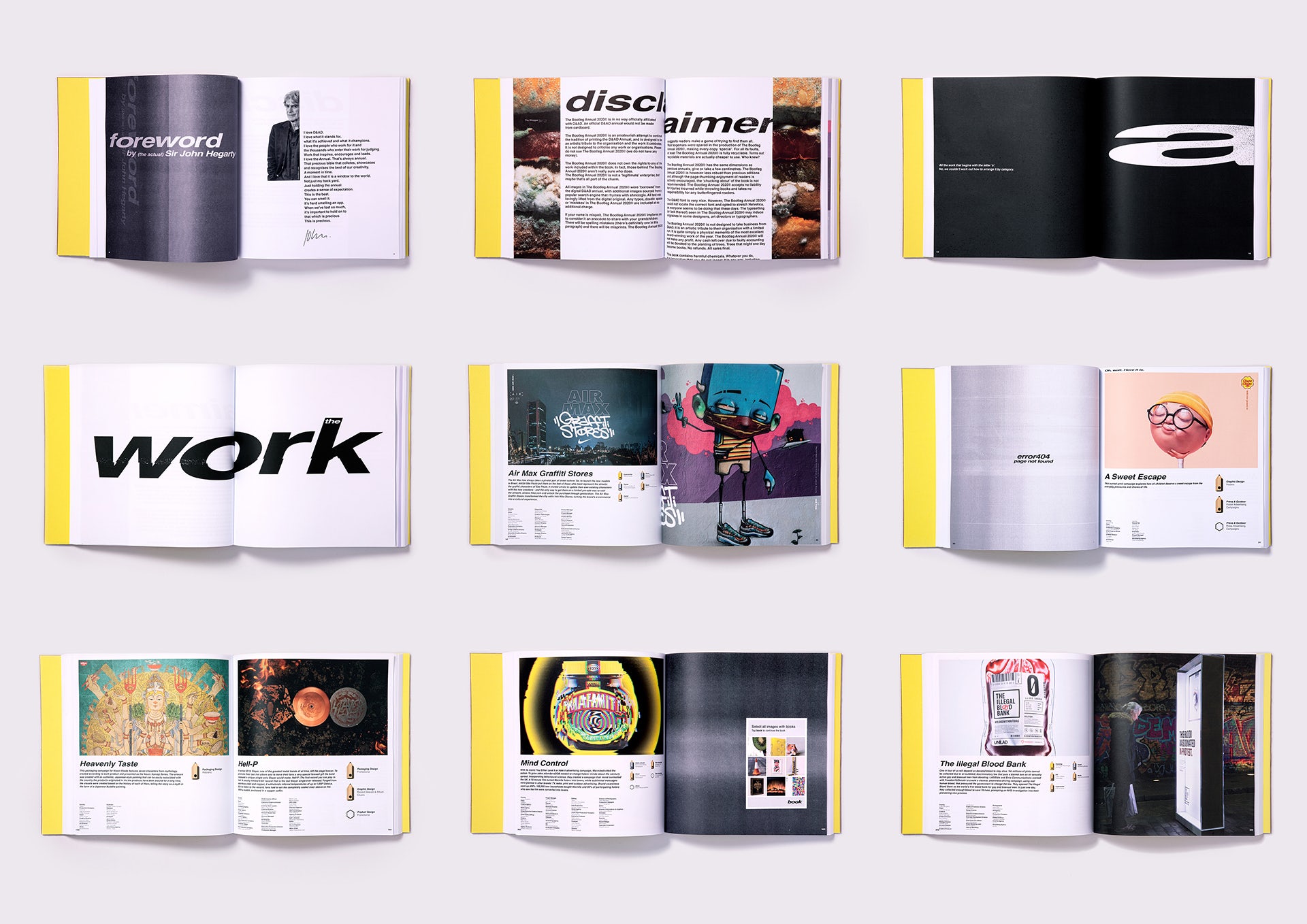 While the disclaimer explains that the texts and images were mainly lifted from the digital Annual showcase rather than going through any kind of official process, the team have been in talks with D&AD for some time, who “couldn’t have been nicer,” Hughes and Helander explain. “They were very clear that they could in no way endorse what we were doing, but would look upon our efforts kindly. They understood that our campaign was one of appreciation for D&AD and even gave us a sneak peek of the digital annual.”

Their hope is that the Bootleg Annual will demonstrate the appetite for both a book and website, and that it is possible to print a book that is carbon-balanced (the Bootleg Annual is certified carbon neutral) without making a loss. “More than anything, we just want D&AD to feel the love,” Barret and Helander say. “Our whole campaign is out of love for their book, their brand, and how much they’ve done for creativity over almost 60 years. Without them none of this exists.”

The duo haven’t ruled out doing it again next time, or even passing the torch on to another creative team. However, they say their ultimate goal is for D&AD to reconsider printing the Annual again – and there are already calls for the project to appear in next year’s book. 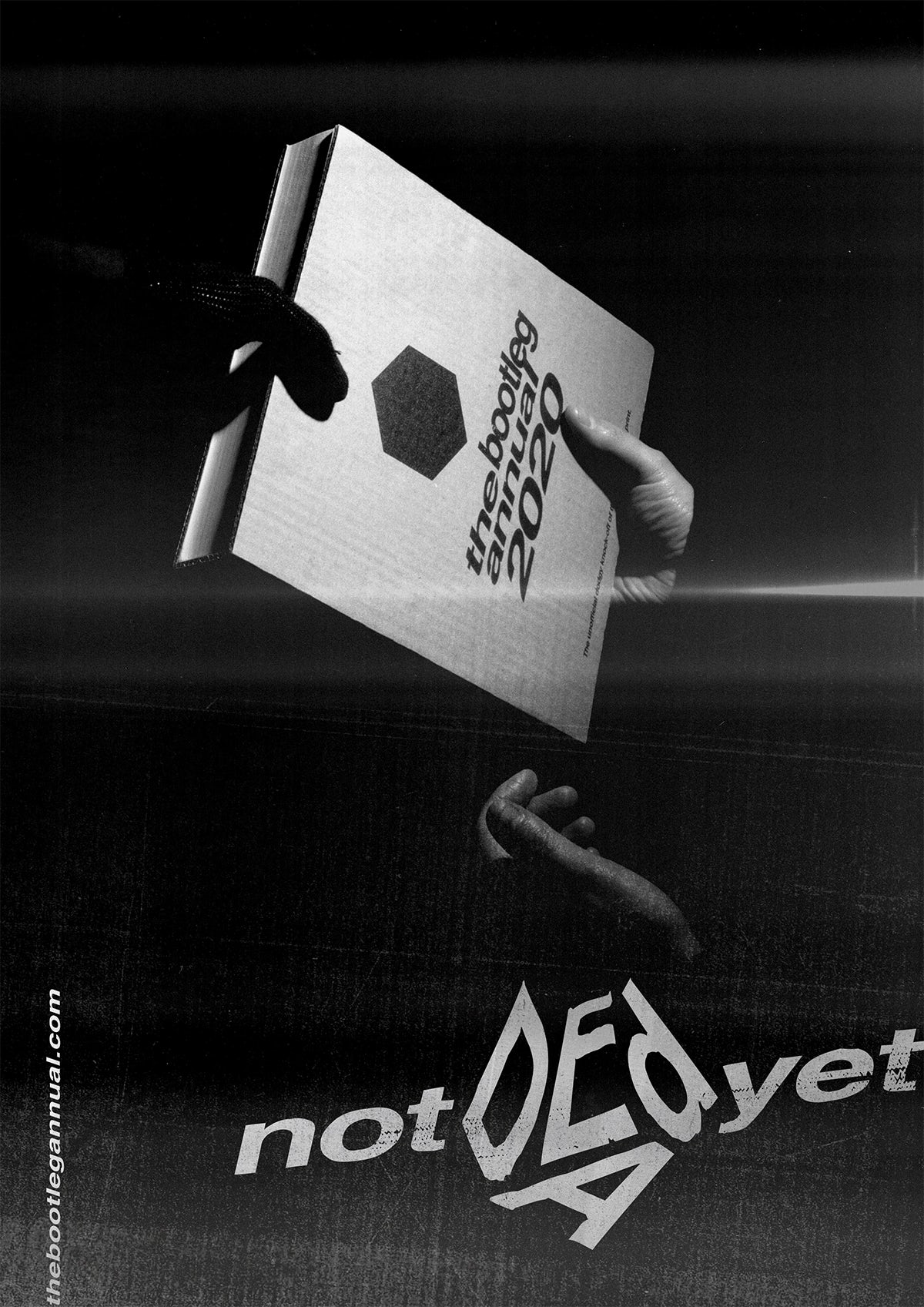 The Bootleg Annual 2020 is available to buy for £58 in a limited run of 100; thebootlegannual.com