It’s safe to say that it’s been a summer of sports mania, particularly with England’s well-above-average World Cup performance and the frenzy surrounding that Gareth Southgate waistcoat.

Illustrator and regular CR collaborator Mark Long is hoping to capitalise on us Brits’ renewed enthusiasm for sporting endeavours with his latest project, an illustrated encyclopaedia of all things sport. 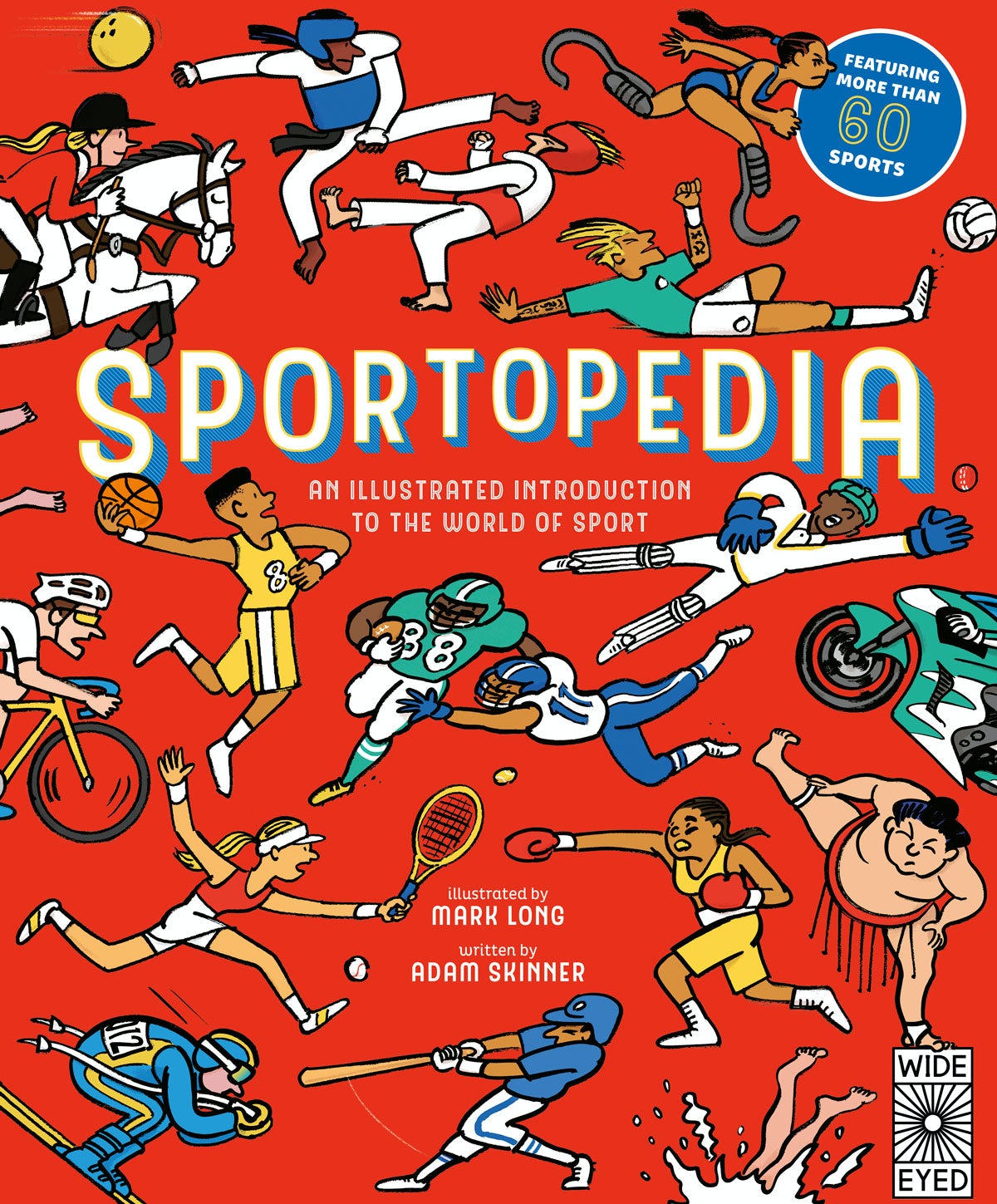 Sportopedia features illustrations of more than 60 sports ranging from football to fencing, alongside words by sports journalist Adam Skinner on each sport’s rules, leading figures and historical milestones.

As a big sports fan himself, Long has tried to capture an accurate scene of each sport and include as much interesting information as possible. “While I was working on the book I’d often get distracted and end up going down Wikipedia wormholes reading crazy facts, or on YouTube getting distracted by old footage of obscure sports while looking for reference images.” 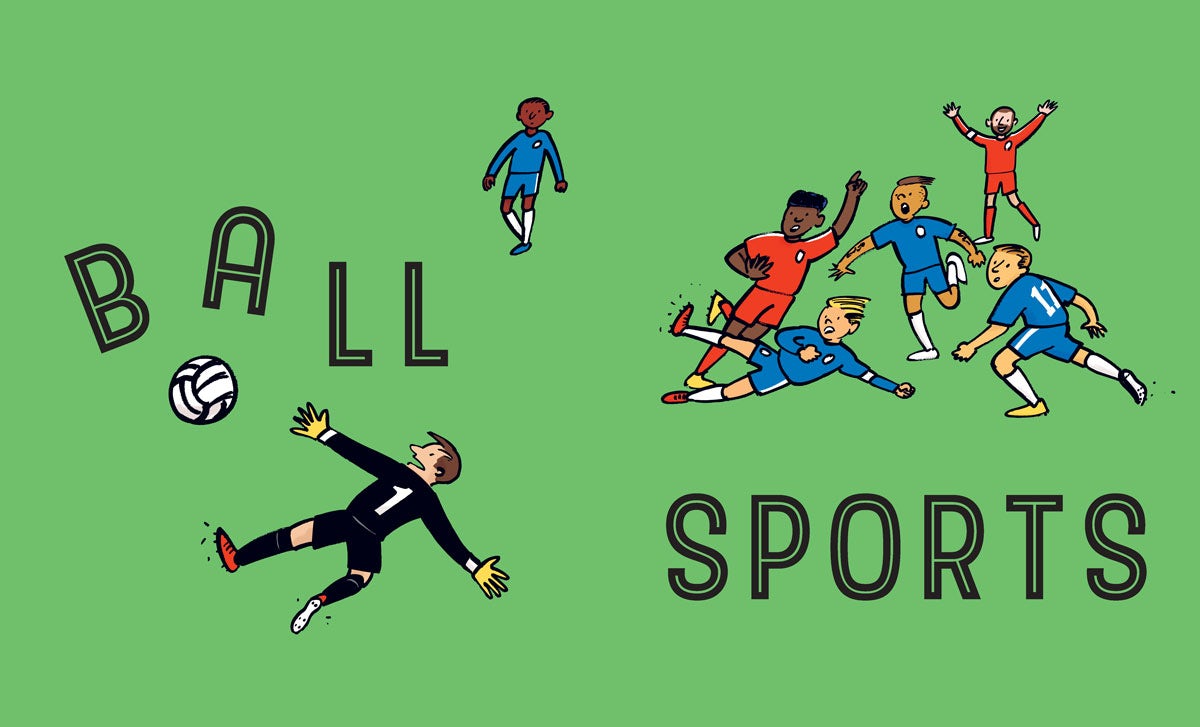 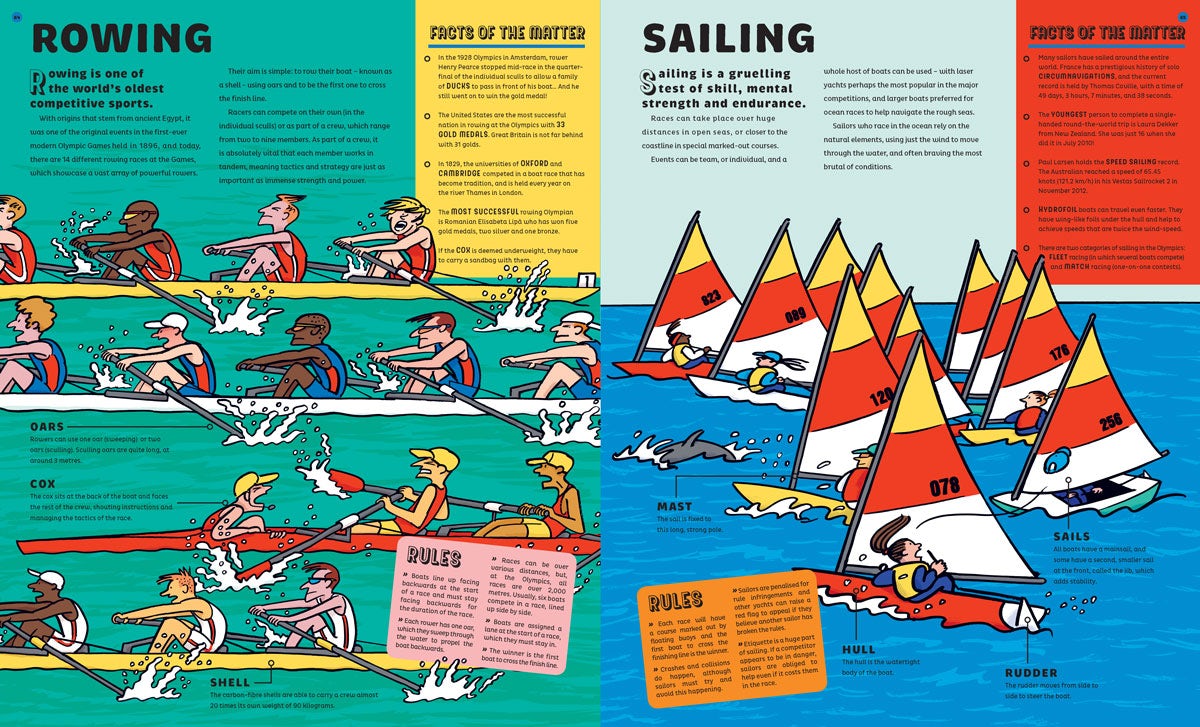 Long hopes that the book will have an international appeal as well, and has deliberately included sports that are more obscure in the UK but are much bigger in other parts of the world, such as kabbadi and boccia.

“When I was a kid, I used to get up really early on Saturday mornings before my parents were awake to watch Sumo on Channel 4, followed by Trans World Sport,” says Long. “[It] used to show all kinds of niche sports from around the world that you wouldn’t otherwise get to see. I think if you’re going to make an encyclopedia of sport you have to include all of these weird and wonderful ones as well as the big ones.” 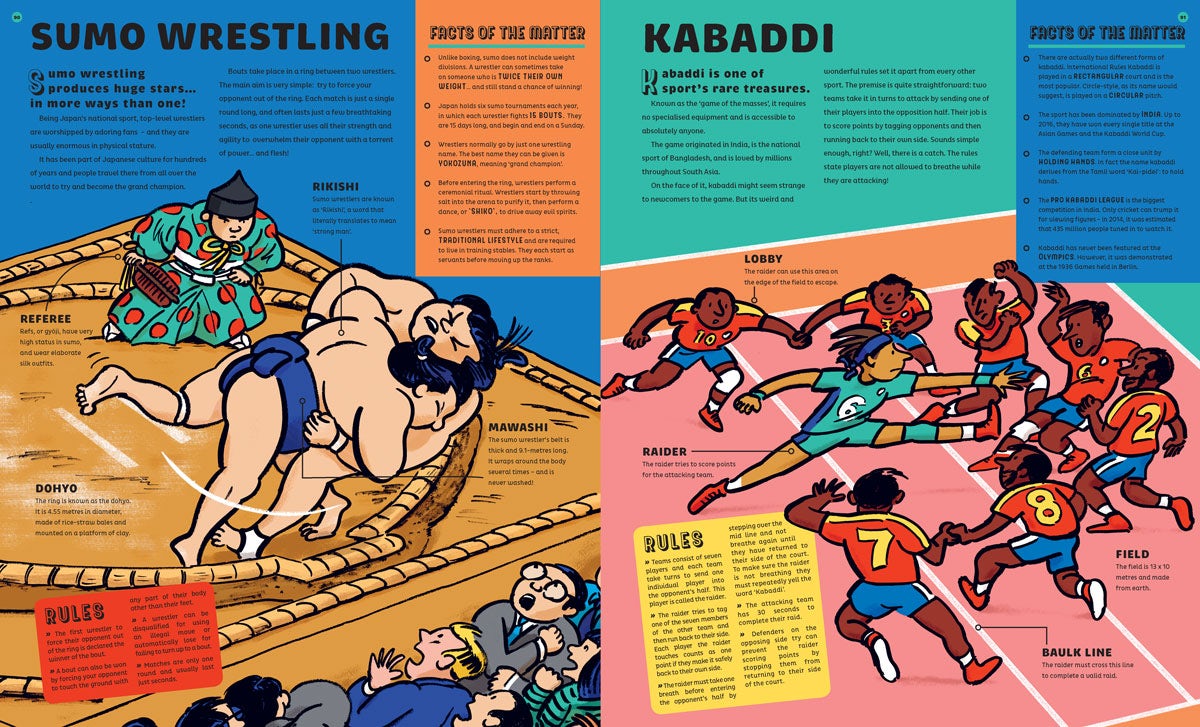 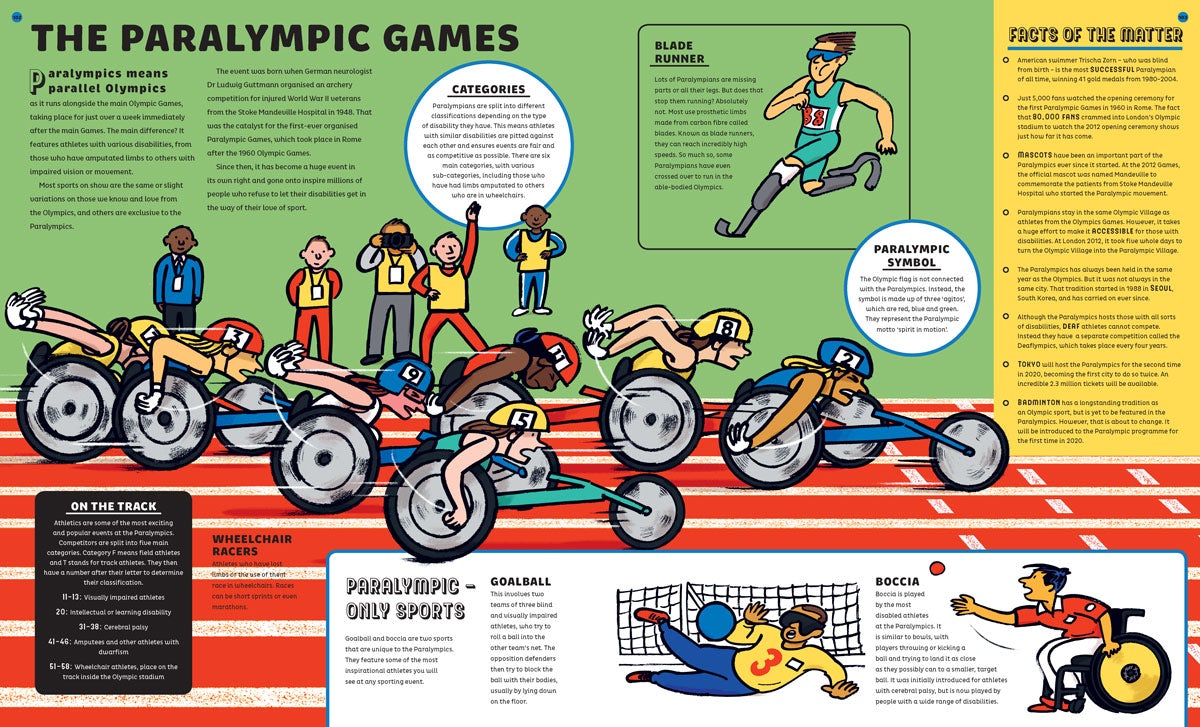 Given the constant headlines about the childhood obesity crisis and today’s generation of children being less active than ever before, Long is hopeful that Sportopedia might just encourage its young readers to take up a new sport.

“When I was younger I enjoyed playing pretty much every sport, and I could happily watch any sport on the telly too,” says the illustrator. “My hope is for the book to reach kids that are as sports mad as I was, and if it reaches some that aren’t – or aren’t yet – then that would be brilliant. 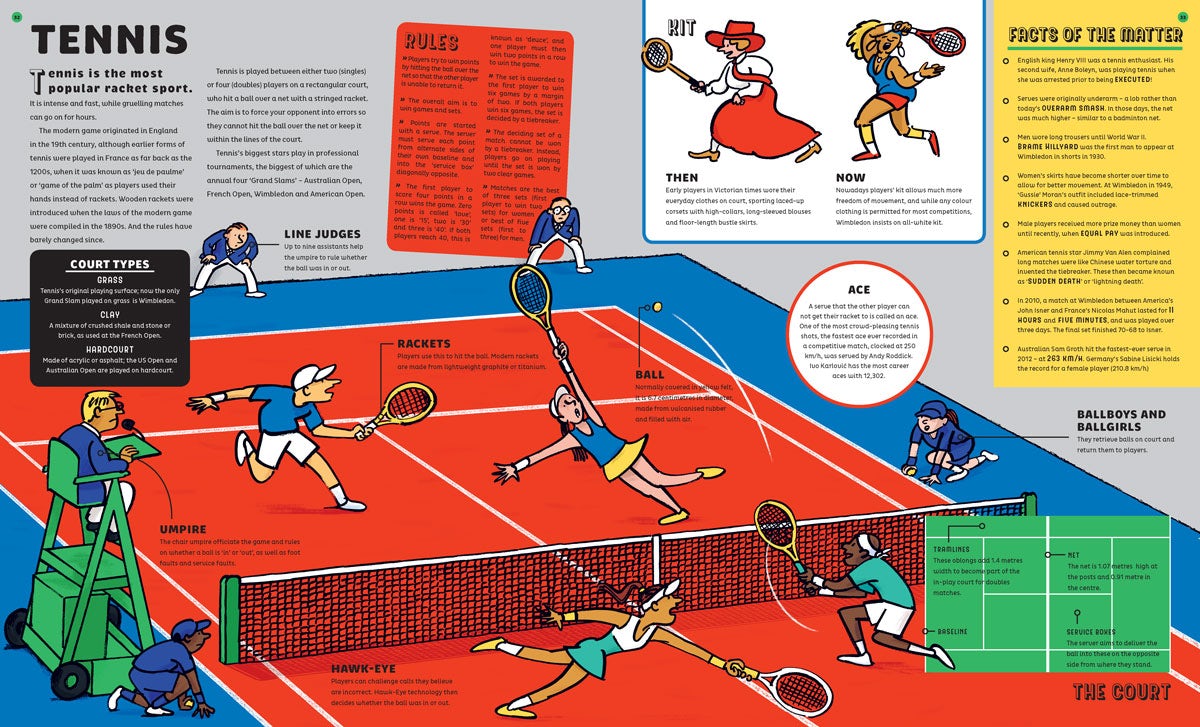 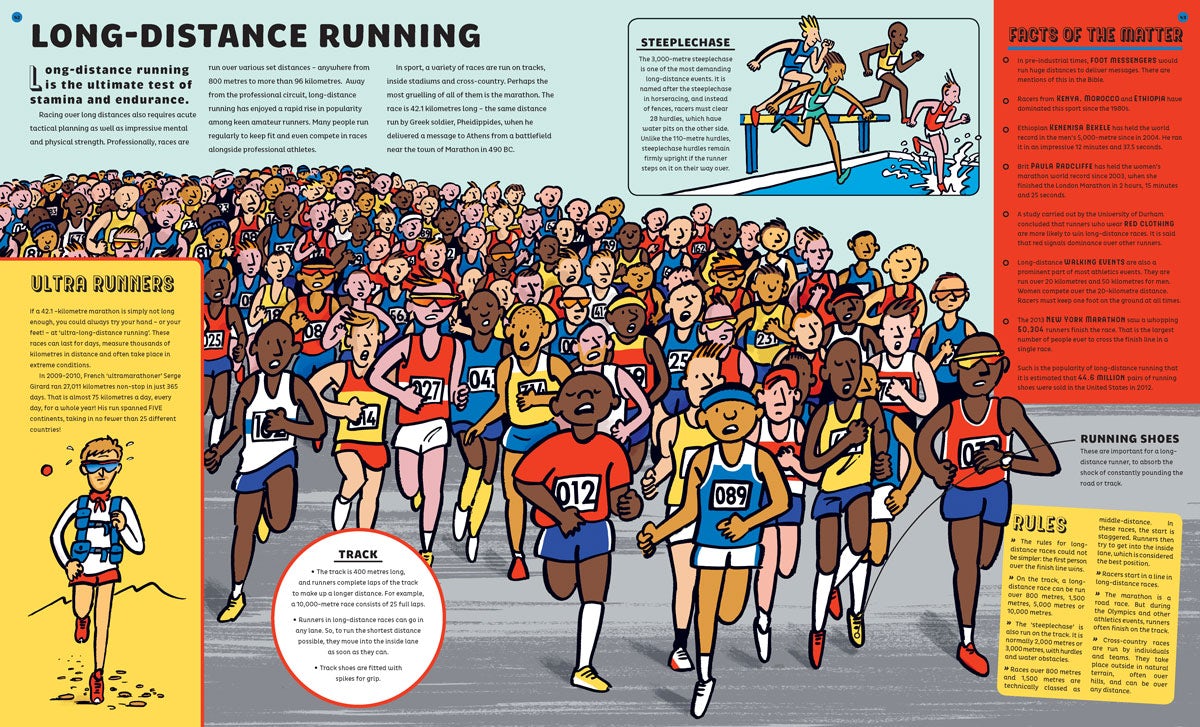 Sportopedia: An Illustrated Introduction to the World of Sport is published by Wide Eyed Editions on September 6, priced £14.99; quartoknows.com