Boys began life as a way for documentary photographer Rosie Matheson to hone her craft. Based between London and Brighton in 2015, she started taking portraits of young men – some of whom were her friends, some who weren’t. Since then, the part-time project has grown into a fully-fledged photo series that documents the softer side of the male persona all over the world.

Now, Matheson is preparing to put on a solo show in East London featuring images from the series so far, along with an accompanying screening of her first documentary short film on the same subject. Here, she discusses the pressure to make other women look ‘hot’, and why being a woman makes it easier to capture her male subjects’ sensitive sides.

CR: How did the Boys project first come about?
Rosie Matheson: Looking back, I’ve been photographing portraits of men since around 2015, when I first got my medium format camera. For me, it’s always been the relaxed nature of shooting men that has attracted me to this subject matter for so long. When I first started photographing people, I was pretty shy and I felt this sort of pressure when photographing women to make them feel attractive. There’s an underlying sexualisation of the female body and a lot of women want the end result of the photographs to make them look ‘hot’ which I felt quite uncomfortable with.

Photographing boys was almost the opposite for me. It was about capturing a quiet moment and softer side to them, while making them look ‘cool’ was the only pressure that I felt it came with. It was never supposed to be a project; it was just me learning my craft. However, around December 2015 it started to form into something special and the portraits began to work well together as a series. This is when it really begun. I’ve now shot over a hundred young men from London to Hawaii. My aim is to shoot a global series.

CR: How has it developed over the last three years?
RM: I think it’s developed as I have personally. I’ve grown out of the super shy person I was, so I feel I’ve been able to give a lot more of me to the project and my subjects as the years have passed. It’s become more about building relationships with the individuals and really getting to know them as people while taking the photos. As time has gone on and the project has really made itself, my approach to it has been more considered and focused, I know what I want from the series and each person. It’s been interesting to have more of an approach focused around masculinity and find out the voice behind each subject on how they feel and fit into society (or don’t) as a young man today.

CR: How do you find and choose who you want to be part of the project? Is it a mixture of unknown faces and more famous names, such as rapper slowthai?
RM: I met slowthai at the very start of his career. I’m friends with his manager and shot him for my Boys project in 2017. Thai is unlike anyone else, he’s full of energy, ridiculously positive and I like the contradiction of his friendly personality to how people assume he may be through his on-stage and music video performances. He’s a super intelligent young man and since meeting him I’ve become a big fan of his music. I want the project to involve everyone, even including musicians. It’s about them as a person rather than the music persona.

A lot of how I choose subjects is just through people I know, mutual friends’ suggestions and also over Instagram. I like a sense of character, whether that is someone super shy and deep in their head or someone who doesn’t stop talking. I find interest in people who can’t help but be themselves, there’s no front, just them. Mothers’ of young men have reached out to me over Instagram and I also street cast people. I found one of my favourite subjects of this project, Seb, in Brighton Library. 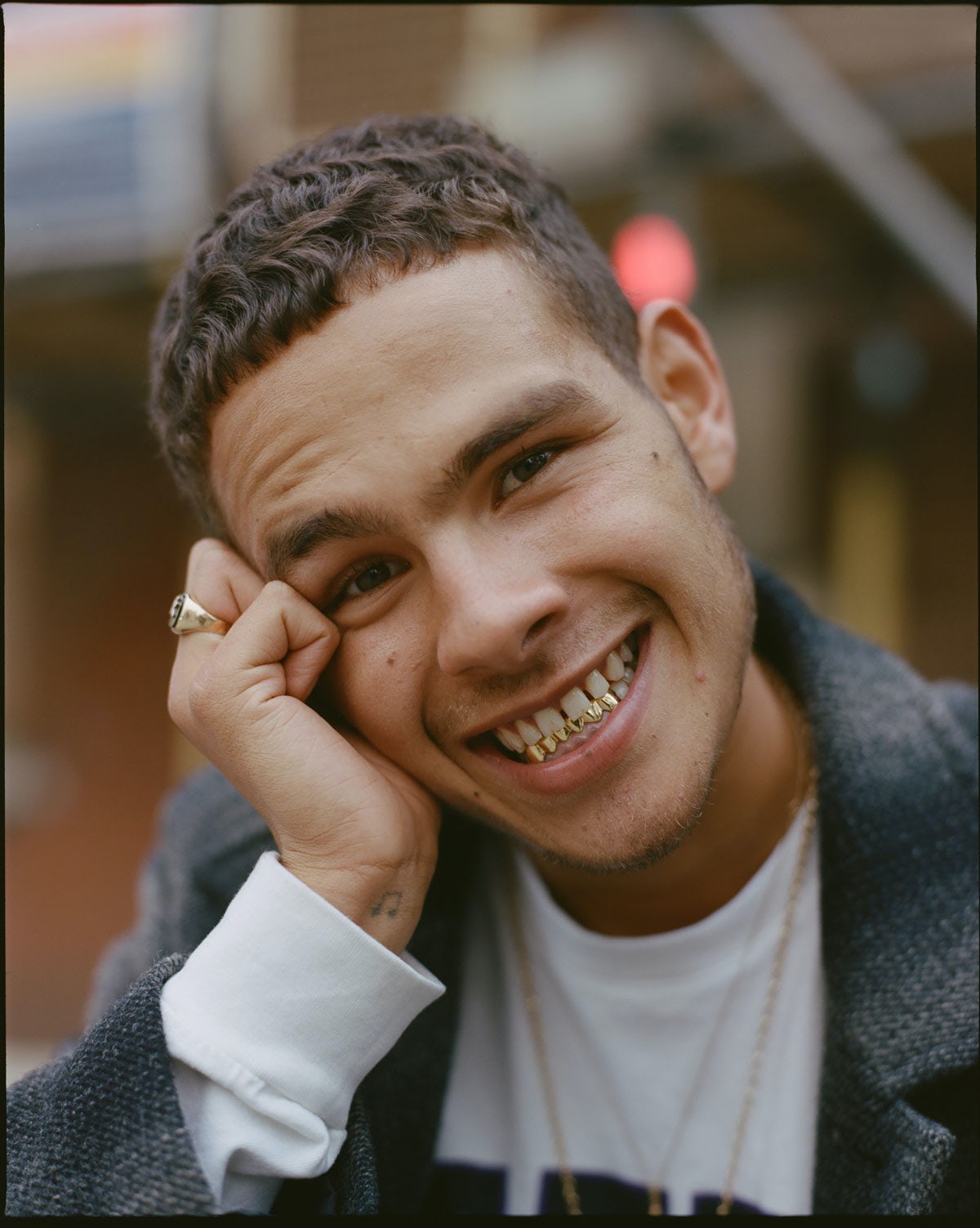 CR: What insight do you think being a woman gives over another man, for example, doing a photo series that explores masculinity?
RM: I think my perspective, whether it be due to the fact I’m a woman or an outsider to the subject, has a softer approach than usually seen with men. I take the time to chat to the guys, ask them how they feel, what they’ve been up to. I think this brings out a more vulnerable and peaceful side to each subject. It’s not about sexualisation or machismo – it’s photographing people as they are. I prefer the pressure to be solely on me to capture them as honestly and as true to themselves as possible, rather than them feeling pressured in front of the lens. Men behave differently when on their own in front of a woman. I think for them it’s relatable to hanging out with their mum or sister, as there’s a level of respect they carry and they almost let you take control of the situation and are very accommodating, I’ve found. Perhaps being a woman brings out the sensitivity in men.

CR: Why did you want to make a short film and what do you think it does for project?
RM: Video gives the voice behind the face. I love the idea of challenging perceptions. Photos are generally up to interpretation; people can make what they want of them. However, adding the video element means that these initial perceptions are challenged. You can hear their voices, opinions and stories and this results in going back to the photos and perhaps looking at them differently. Moving image offers a different viewpoint and I think photos and videos really complement each other. After a successful Kickstarter campaign, I’ve been working on the short documentary with my friend and filmmaker Kaj Jefferies, who has shot the footage so far.

CR: Why have you chosen to just use Kodak Super8 film stock?
RM: I love the feeling and emotion that comes with the footage. I photographed all of the photo series on Kodak Portra film, and making sure the video was also shot on film was very important to me as they carry the same feeling. Shooting on film gives so much atmosphere, a sense of nostalgia and makes a really personal connection with an audience. It’s a risk and has been difficult, with some rolls of film not exposing, broken cameras and having to wait a week or longer to get footage back and actually know what we have shot but I wouldn’t have it any other way. I would love to move up to 16mm next!