London’s King’s Cross has evolved in the past decade from a dreary transport hub to a bustling commercial centre, housing the offices of tech giants such as Google and Facebook, swanky restaurants and bars, a university campus and an al fresco artisanal market. The opening of retail hub Coal Drops Yard late last year marked another significant step in the evolution of the area.

This new shopping destination, designed by architects Heatherwick Studio, saw two vast Victorian warehouses repurposed to become a shopping hub, with space for more than 50 different retail establishments. Coal that came in on trains from the north of the country used to be deposited and distributed from these warehouses in the 1800s, hence the name. Building the structure was only a part of the place-making exercise. The challenge when bringing Coal Drops Yard to life was to reposition the neighbourhood as a ‘destination’. Agency Droga5 was brought on to do this, with a visual identity, advertising campaign and wayfinding system.

Droga5’s solution plays on the idea of consumption, redefining it as a positive, engaging experience. The visuals emphasise the rich multiplicity of experiences to be had at Coal Drops Yard and the diverse range of shops housed in the buildings. Shapes inspired by its architectural features are pieced together to form a dense base pattern, which is filled with bold colours, imagery and type. 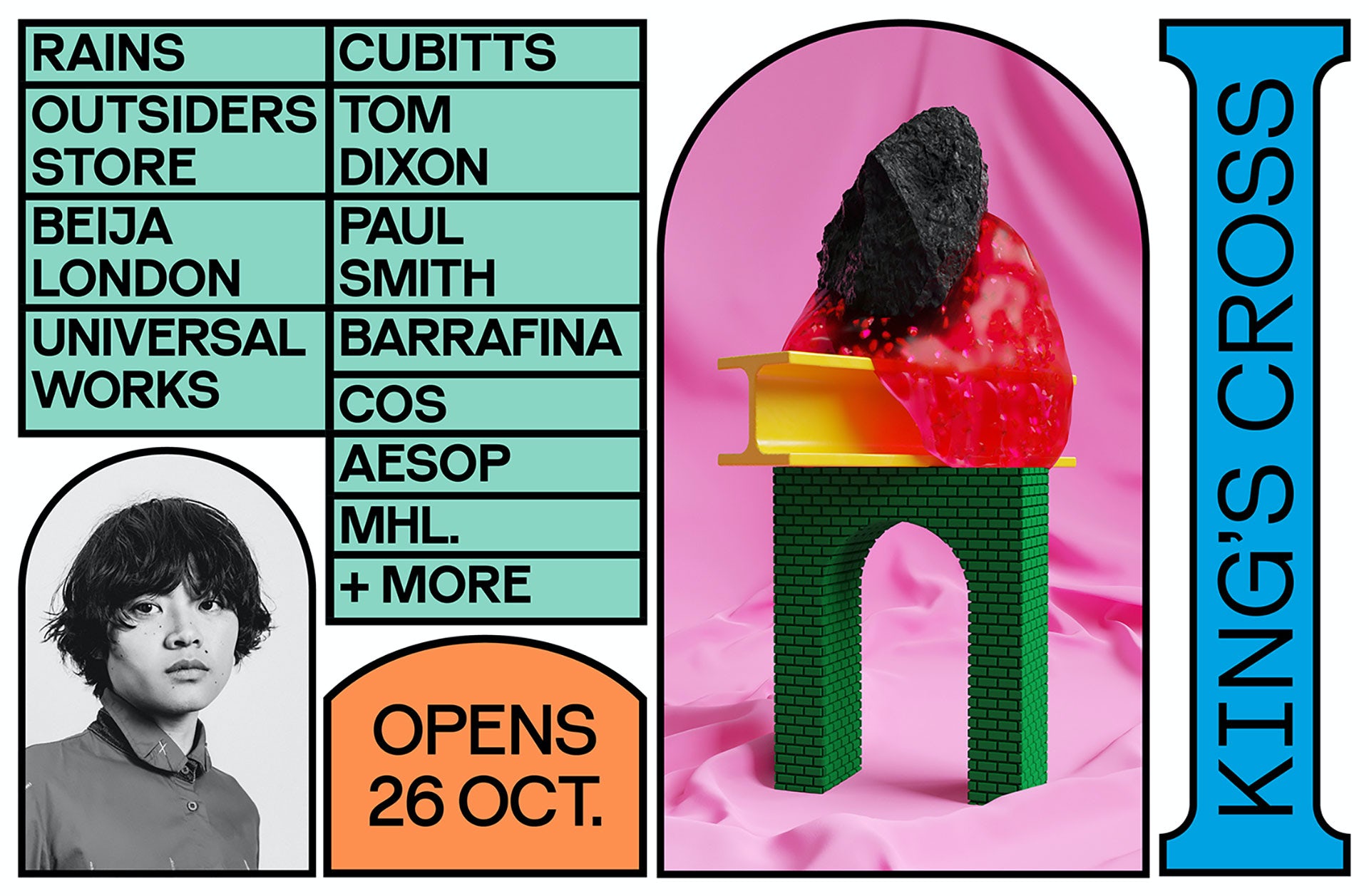 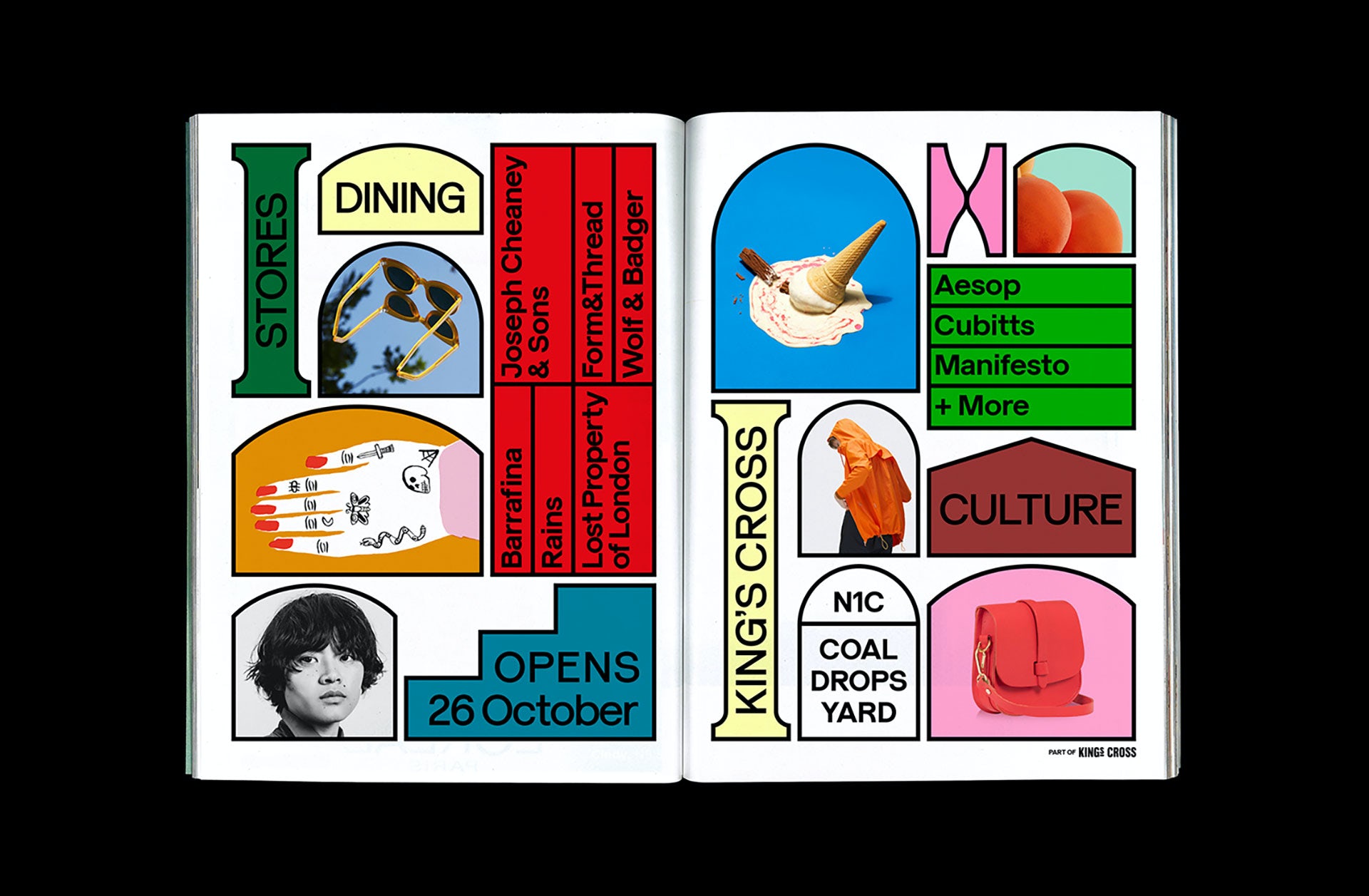 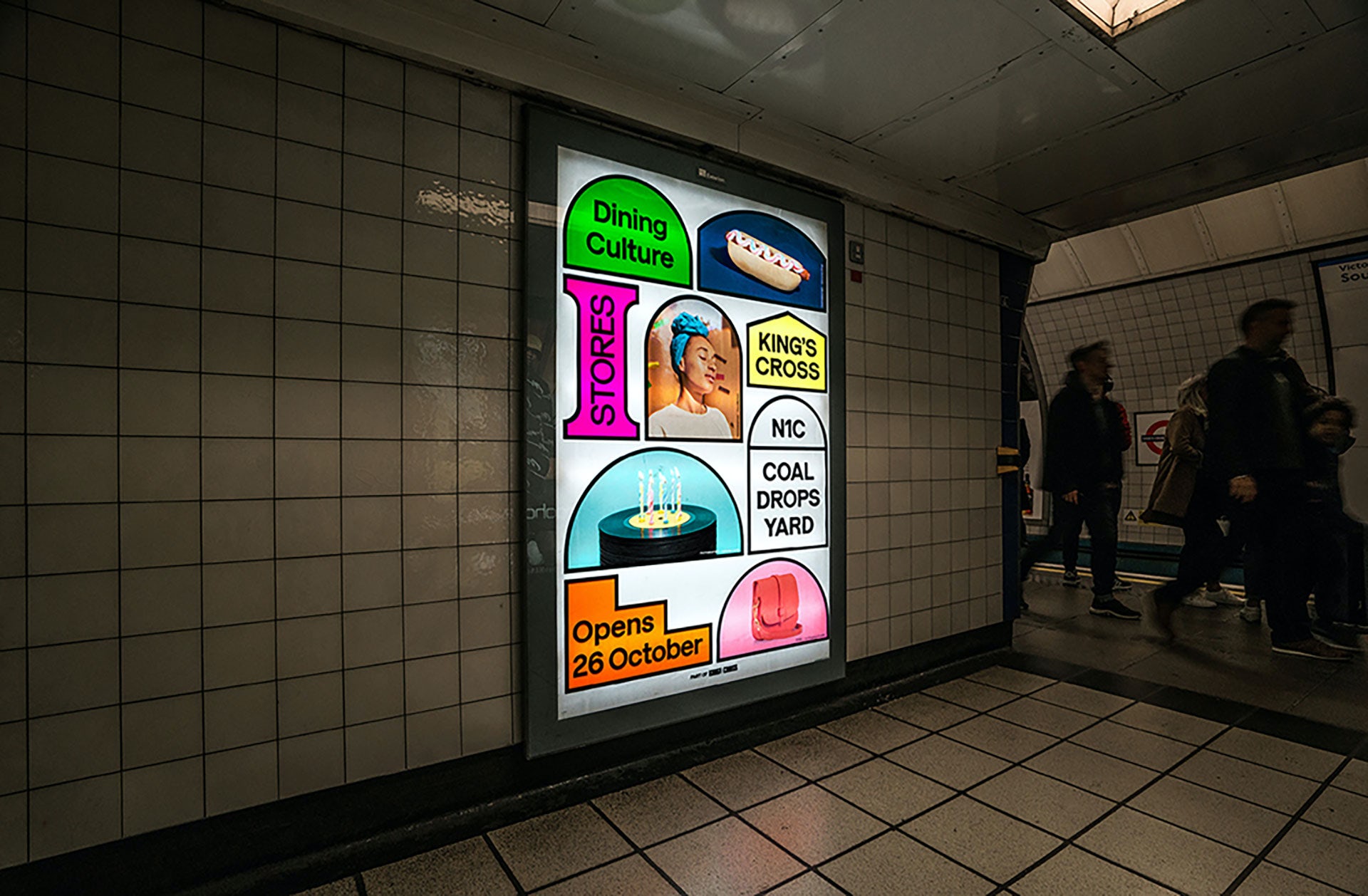 The campaign brings together imagery of contrasting aesthetics, but the shapes hold them all together beautifully. The visuals feel like an endless tapestry with no beginning, end, top or bottom. “Rather than dictating or streamlining the audience’s experience with fixed messaging hierarchies (headlines, end lines, logo bottom right, etc), information is randomly placed, leaving people’s eyes to ramble and discover,” the agency explains. “As the space itself encourages serendipitous social collisions, so the design is ever changing, always unexpected.”

The primary typeface is the simple sans serif Reader from type foundry Colophon, used in several sizes and weights, and often used in varying orientations within a single frame. This further causes the eye to ‘ramble’ across a poster or post, rather than follow a linear order. The identity translated well into an extensive outdoor campaign that announced the coming of Coal Drops Yard in the months preceding its opening, and works particularly well on its website and on Instagram, conveying a lot of information in a single frame.