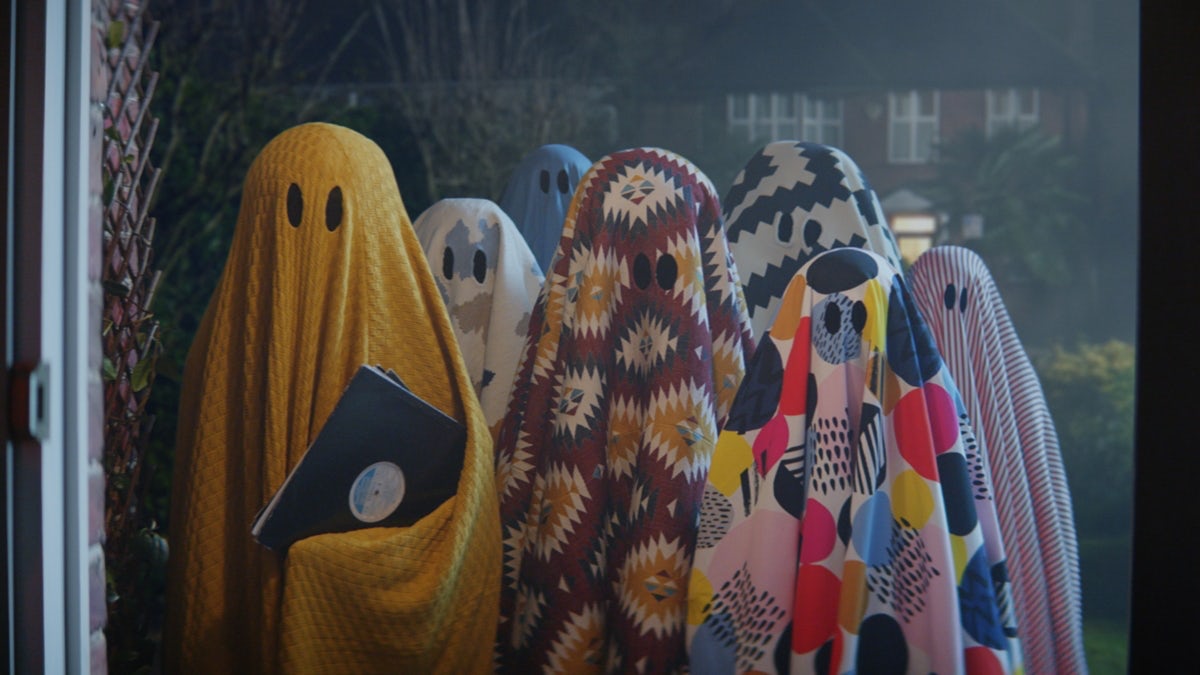 A new ad for Ikea, the latest in the Wonderful Everyday series of spots, finds a gathering of white-sheeted spooks interrupted by a gang of striped and polka-dotted ghosts, who arrive and hit the decks (and the dance floor).

The brightly coloured ghouls are just getting things going – doing the worm, firing off confetti cannons and dancing on tables – when the night is brought to an abrupt end with the return of the house’s human owners. Luckily escape is close at hand, and the party-goers return to their former selves as cushion covers, curtains, rugs and throws.

The ad, directed by Dougal Wilson, is part of a campaign to encourage people to be more adventurous with fabrics – which includes an online personality test to decide which Ikea textiles are the best fit. It’s the latest in the furniture giant’s Wonderful Everyday series of films, which feature everything from a poetic skydiving-themed take on bedtime and an animated tale of a flying robot, to flocks of penguin-like clothes flying home (also directed by Wilson).

This latest iteration is in a similar enjoyably whimsical vein, but lacks the punch of Ikea’s most recent print ad/pregnancy test stunt. That said, it’s undoubtedly still a cut above most other furniture advertising.