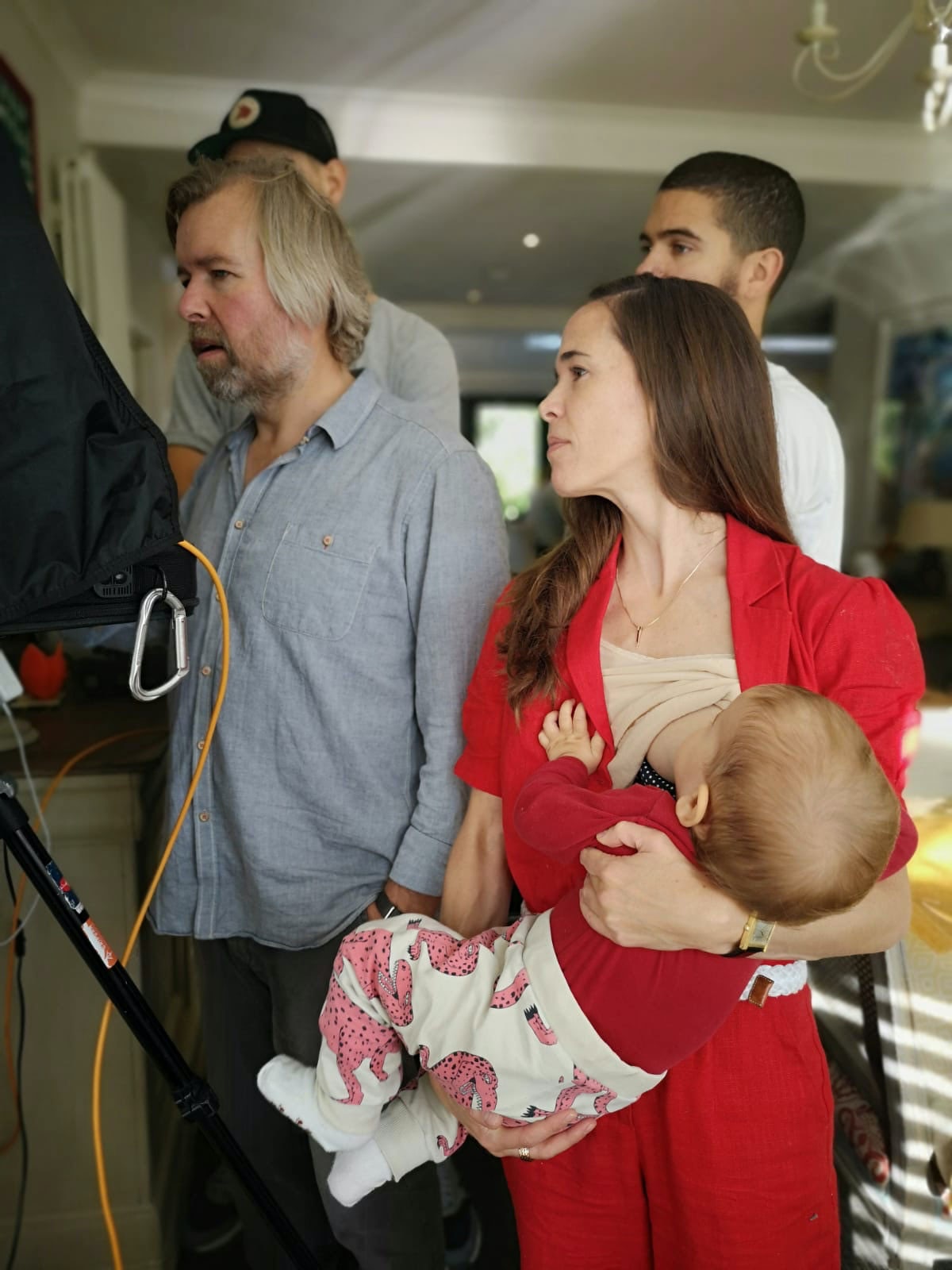 Women in advertising are hot – and finally, it’s not in the eating cheeseburgers in bikinis kind of way. In recent years, the creative industries have shifted away from using women as pretty props to hold products to being idols and equals to emulate, respect and revere. Women finally have a strong, impactful voice in mainstream advertising. We play sports. We play drums. We’re told that This Girl Can and we’re encouraged to Show Them What Crazy Can Do.

We do all the things that men do now and, drumroll – we do it all while bleeding. It’s awesome. And it’s about damn time.

Yet despite this full embrace of empowerment in front of the camera, there seems to be a lack of commitment to this change behind it. How do I know that? I was fired from a job a few weeks ago for being a mother. Can you imagine what that felt like? This girl can.

The full story is this: I am a photographer and mother of two. I am both of these things, equally, and proud of it. I still breastfeed my youngest, Louison, and I bring her with me and breastfeed on shoots when I work. This takes about 15 minutes at lunch, and the rest of the day she spends off set with a nanny playing and napping outside. So far, the feeding feedback has been overwhelmingly positive. Someone even once said she was the best part of the shoot, and it was a really good shoot. She had some stiff competition that day.

After winning the job and mentioning that my daughter would be with me during the lunchbreak to feed, I was told it wouldn’t be possible and I lost the job.

But recently, things got complicated, let’s say. I had won a job from a large advertising agency in London. An agency, in fact, that bleeds hashtag feminism in many pieces of its work. After winning the job and mentioning that my daughter would be with me during the lunchbreak to feed, I was told it wouldn’t be possible and I lost the job. Why? “Sorry, it’s going to be complicated,” the producer told me. Hmm. Complicated. That wasn’t the first time I’d heard that word.

In fact, five years ago, I was breastfeeding my eldest son, Jules, working on a shoot with a celebrity in Los Angeles, when I first heard this vague phrase, shrouded in mystery. And back then, I was sneaking away to feed him in basements and bathrooms because breastfeeding was still a well-kept secret, something you were only supposed to do behind closed doors. I accepted it at the time because I thought I had to. But now? In 2019? I thought surely things had changed. Especially in the wake of #FreeTheNipple and #FreeTheFeed. Complicated. I wasn’t prepared for that. It left me speechless.

Before I felt angry, wronged or misjudged, I felt like complete shit. It was that familiar feeling of hot, syrupy guilt new mothers around the world know all too well. I immediately started pointing fingers at myself. Had I done something wrong? Was I trying to balance too much, or to have it all, like those magazine headlines promised me I would, when I just couldn’t?

While I had never been fired from a job for breastfeeding, these ‘conversations of concern’ are commonplace for me. They always make me feel insecure and unempowered rather than ready to take on a job. They make me angry, because, like many working mothers, I am instantly judged not by my work and awards and past successes, but by the baby on my hip. God forbid she starts crying.

Finally, they make me question if I should stop breastfeeding altogether. There are plenty of reasons for a woman to stop breastfeeding. A job shouldn’t be one of them. Complicated. I kept thinking about this word. As a mum, I understand that life can be complicated. If I can find a way to make it work, have a career, fly to South Africa to shoot high-profile campaigns, do it again and ask for more, then doing a three-day job in London shouldn’t be too complicated, right?

I think I’ve  earned the right to decide if something is too complicated for me before somebody else does. (Also, if men breastfed, pumps would be the size of iPod minis, but I digress.)

Yet I lost the job – a paying job that I had turned down other paying job opportunities for.

In a society that craves female voices and representation, workplaces need to ask themselves if they are designed for the realities of motherhood.

My story is specific to breastfeeding, but this issue is bigger than boobs. Whether you breastfeed, pump or formula feed, options for mothers returning to work are extremely limited. In a society that craves female voices and representation, workplaces need to ask themselves if they are designed for the realities of motherhood – and if not, why? While offices are taking steps to better accommodate working mothers, clearly there’s room for improvement. So, where do we go from here?

We could start by not firing new mothers for breastfeeding their kids. That seems like something I shouldn’t have to write, but here we are.

Secondly, we should normalise it. On a recent call before a job with J Walter Thompson, I took a deep breath and gave my breastfeeding-heads-up chat. The ECD replied: “I’m uncomfortable even having this conversation.” I bristled immediately until he followed with, “It’s such a normal thing that we don’t even need to discuss it. Of course, you can bring your baby on set.”

What a concept: that this human behaviour half of the entire world’s population has been doing for thousands of years is so normal, we shouldn’t have to discuss it. We need people – men and women – to recognise breastfeeding for what it is: a normal part of life.

We should also provide flexibility around how a mother feeds her child when returning to work. Usually we hide them away in converted closets, or treat feedings like some 120-minute feature-length film. Again, for me, this is one 15-minute break in a work day. How is this any different than a smoke break or a quick conference call? For some reason these things don’t seem to be as compli-cated for people. Maybe because it’s been this way forever. Well, now’s a better time than ever to start normalising breastfeeding forever, don’t you think?

And maybe we should ask ourselves, what’s the worst that can happen? A baby cries? And we’ve all seen boobs before, right? The industry’s been using our boobs to sell products for years. We should start to think about the short-term versus long-term effects at stake here: a baby on set for 15 minutes versus losing what makes client work better and stronger. This is actually the worst that can happen.

Finally, as an industry whose job it is to be at the forefront of culture, we should be leading the way in this discussion through action. Other industries should follow suit. We have the tools to make it possible, and we already promote the belief that women deserve to be listened to. So, let’s listen to them.

But I feel uncomfortable that we’re even discussing this. As a client of mine once said, we shouldn’t even be having this conversation. Because this? Being a mother? A working mother? This is normal.

And if things get complicated, I’ll be the one to let you know.