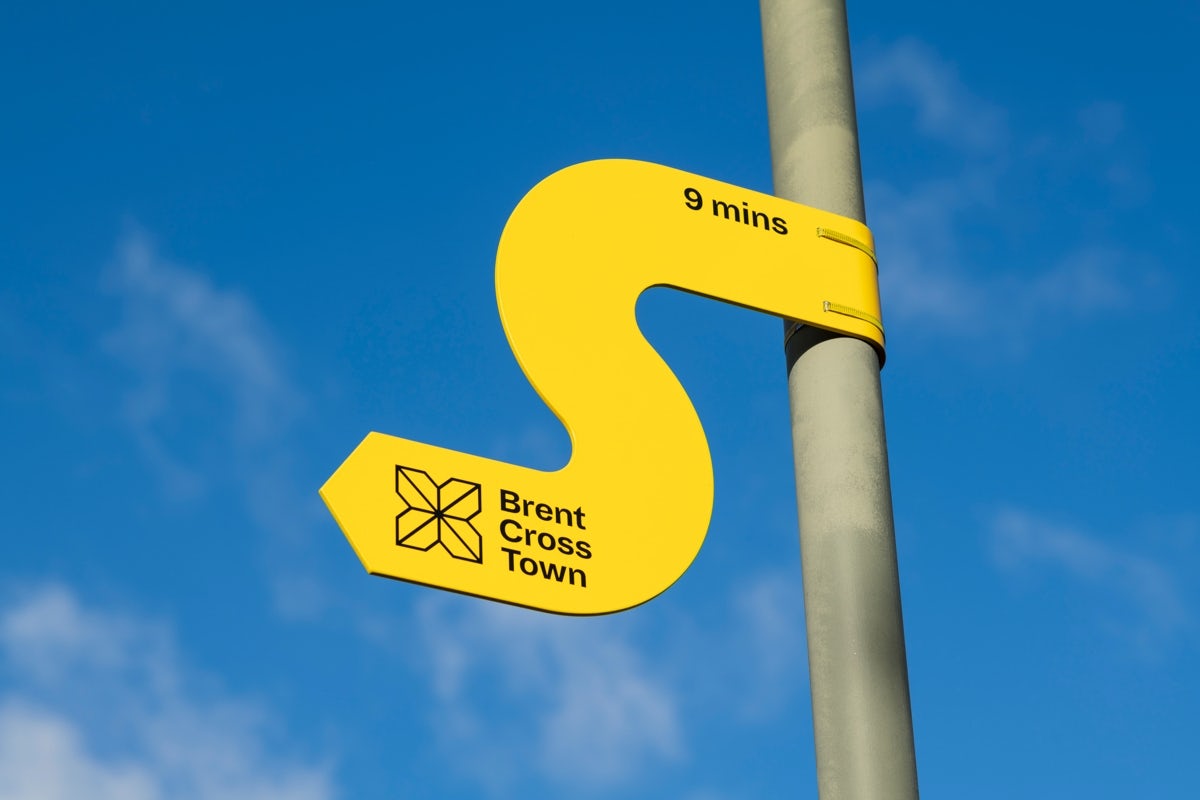 The signage is designed to “capture the spirit of play and bring a little bit of joy to the neighbourhood,” according to Fieldwork Facility founder Robin Howie.

Howie says the wayfinding project is designed to echo the net zero pledges of the new London development – which is being led by Barnet Council and UK developer Argent Related, and is designated a Park Town for Future London. 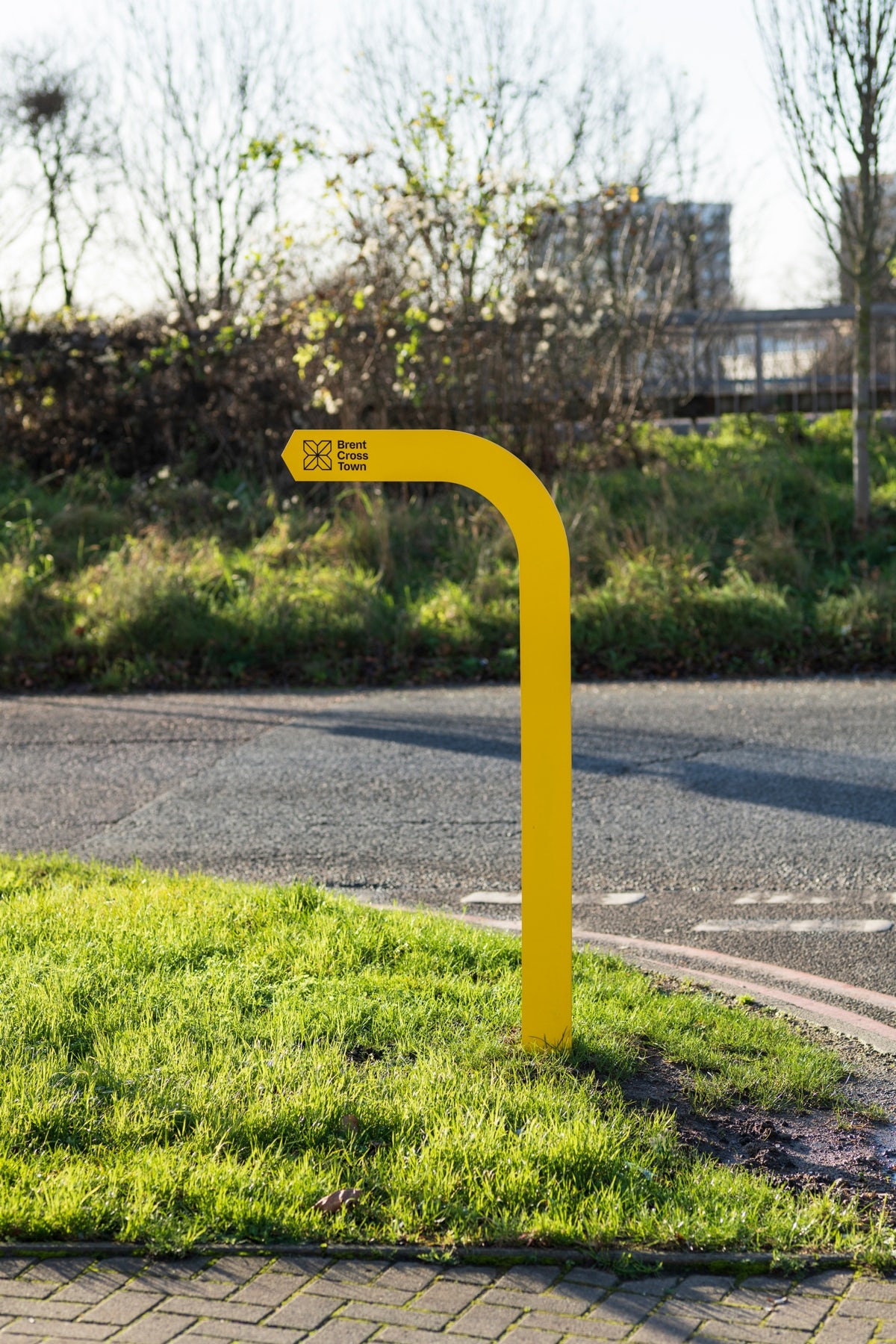 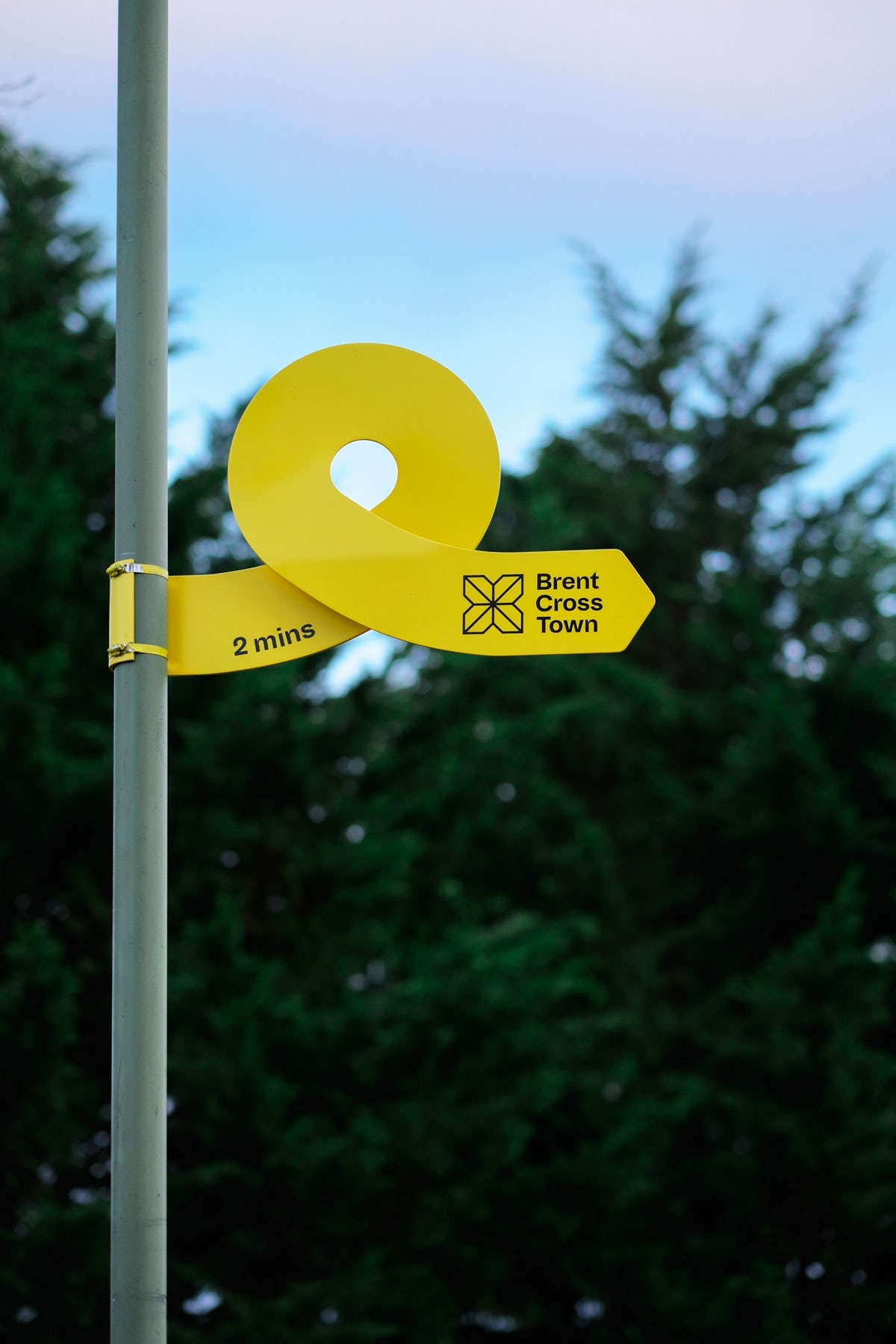 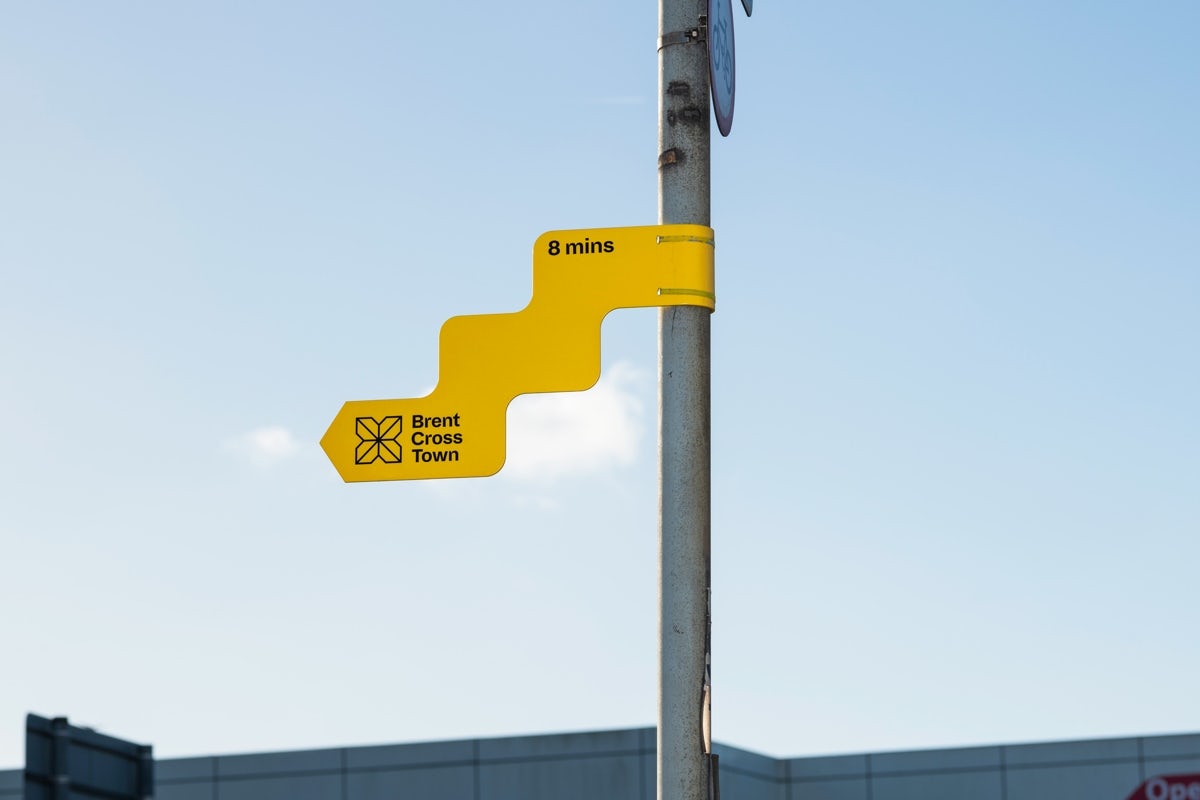 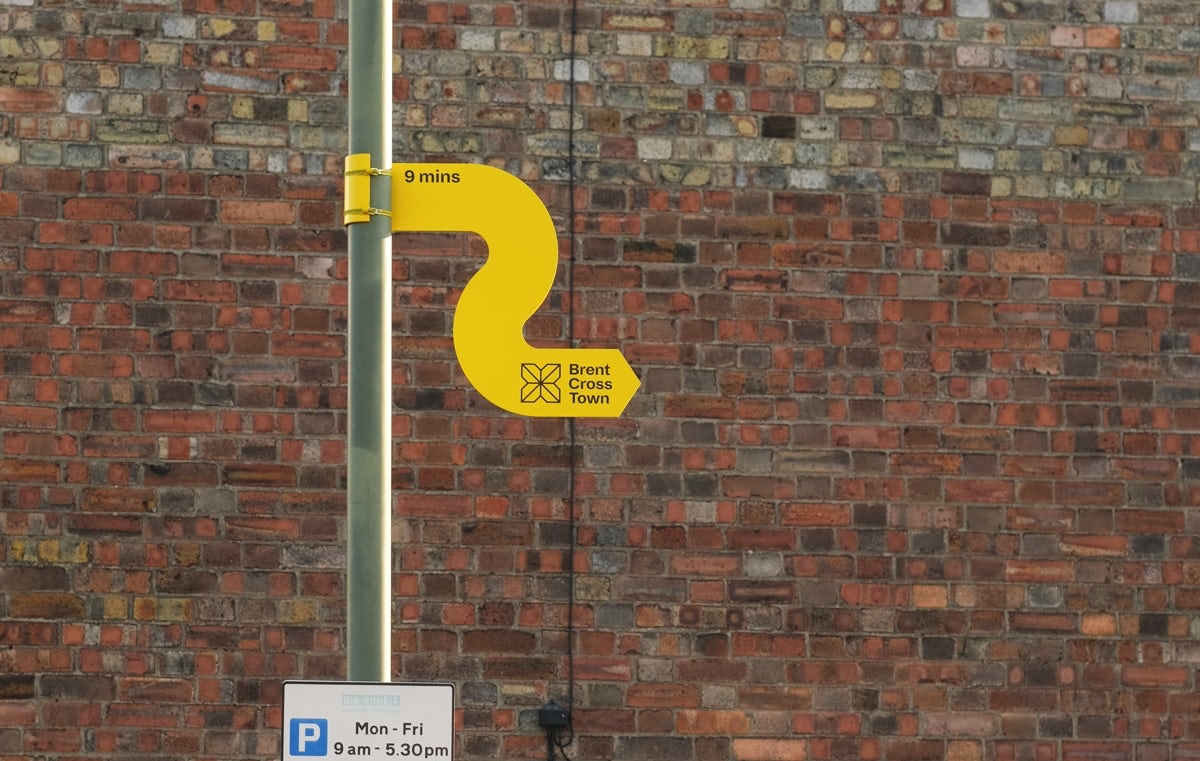 A series of snake-like yellow signs show cyclists and walkers how many minutes are left in their journey, and appear wrapped around lamp posts and growing out of curb-side grass.

Fieldwork Facility – a design studio that’s created several branding and wayfinding projects for London councils – has been working on design interventions to the Brent Cross Town route for two years. As well as its yellow signage, the studio has commissioned public art including a mural by Annu Kilpainen, and is currently designing an underpass and parade of shops. 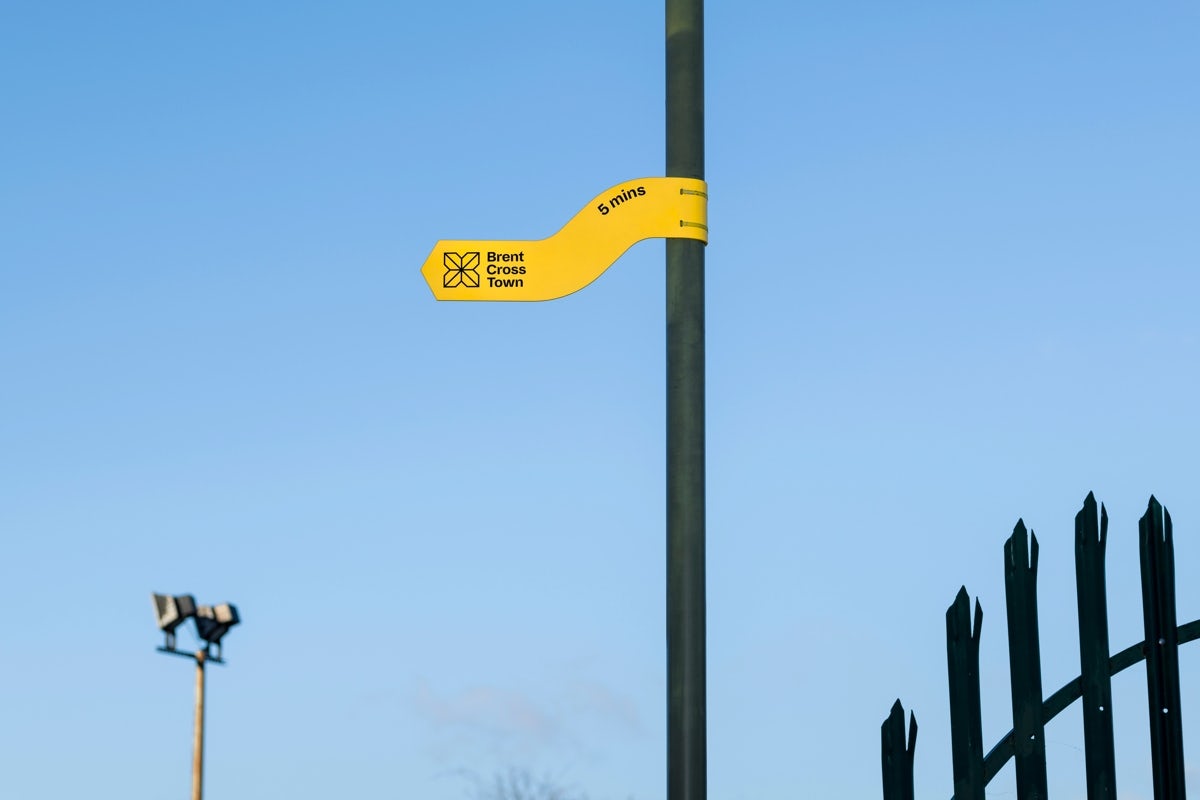 “Good, at least in terms of wayfinding, is directing visitors to the development successfully, but great looks like putting a playful little smile on someone’s face or encouraging someone to walk with more of a spring in their step,” says Howie. Quite right too.