Known for his whimsical zines, comics and album covers, cartoon illustrator Brian Blomerth has turned his hand to graphic novels with his new book Brian Blomerth’s Bicycle Day, which takes readers on an unexpected trip.

The novel follows the true story of when Swiss ‘mystic chemist’ Albert Hofmann embarked on the world’s first acid trip in April 1943. It all began as a bit of an accident: Hofmann had initially synthesised the compound five years prior, having left it alone when he believed it to be ineffective in the project he was working on. Upon eventually revisiting the compound, he became the first person to intentionally ingest it and trace its psychedelic effects, which he began to experience on his bike ride home. 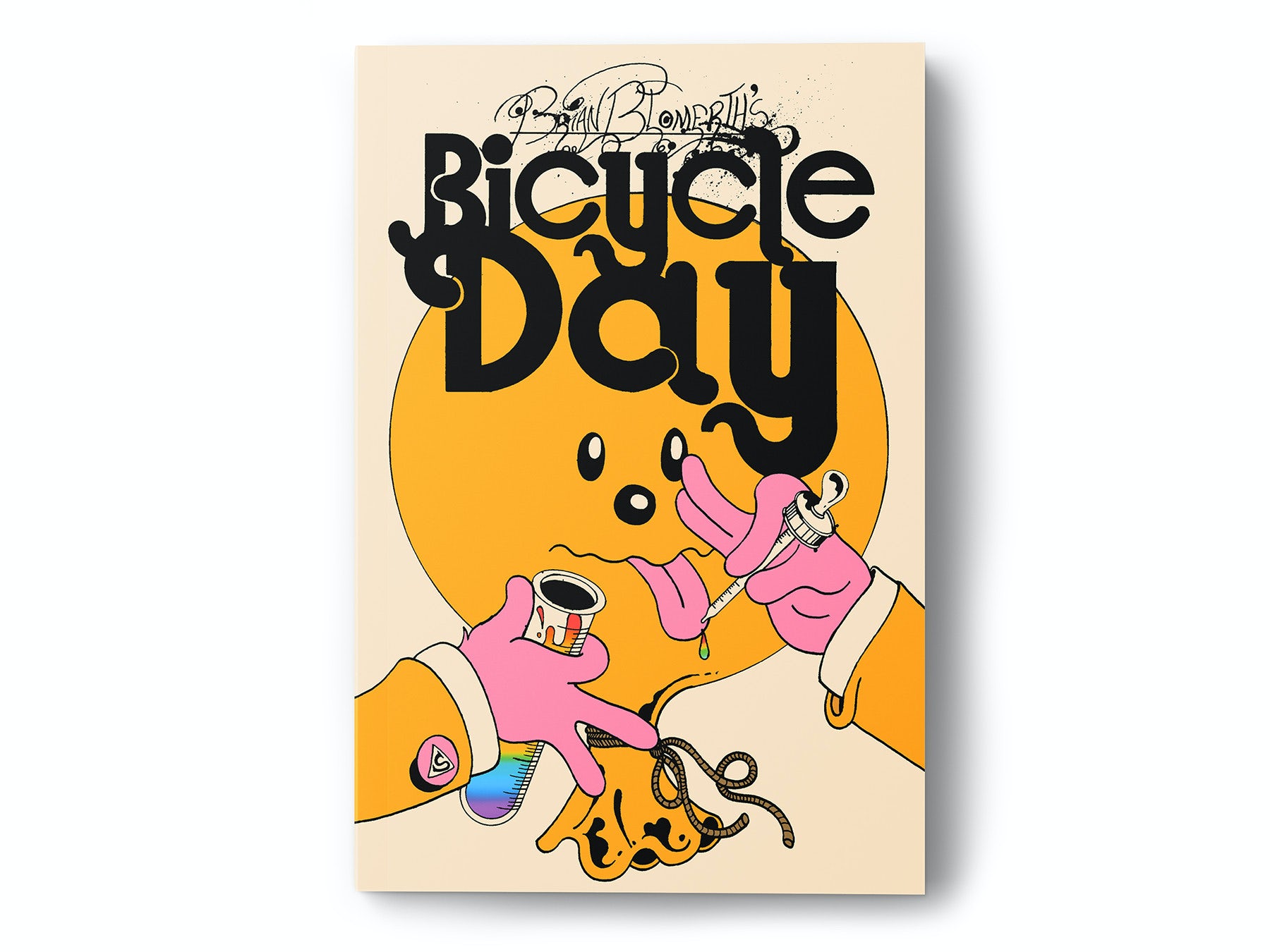 Set in Hofmann’s native Switzerland, the book features Blomerth’s trademark dog-human hybrids, who make for charming protagonists as the book spirals into neon chaos. While an “experimental children’s book” might not be the obvious choice for such a subject matter, Blomerth’s zany style lends itself particularly well to the story, the vivid, kaleidoscopic characters and vistas bringing the bizarre tale to life.

Despite its eccentric nature, the novel offers a surprising level of detail of the story, drawn from diaries written by Hofmann, his family and his colleagues. Readers unfamiliar with the events of ‘Bicycle Day’ would benefit from taking the time to read the introduction by ethnopharmacologist Dennis McKenna to minimise confusion – though, given the nature of this particular storyline, perhaps a bit of confusion ought to be expected.

Brian Blomerth’s Bicycle Day is published by Anthology Editions and is out on 25 June; pre-order now at anthology.net/books