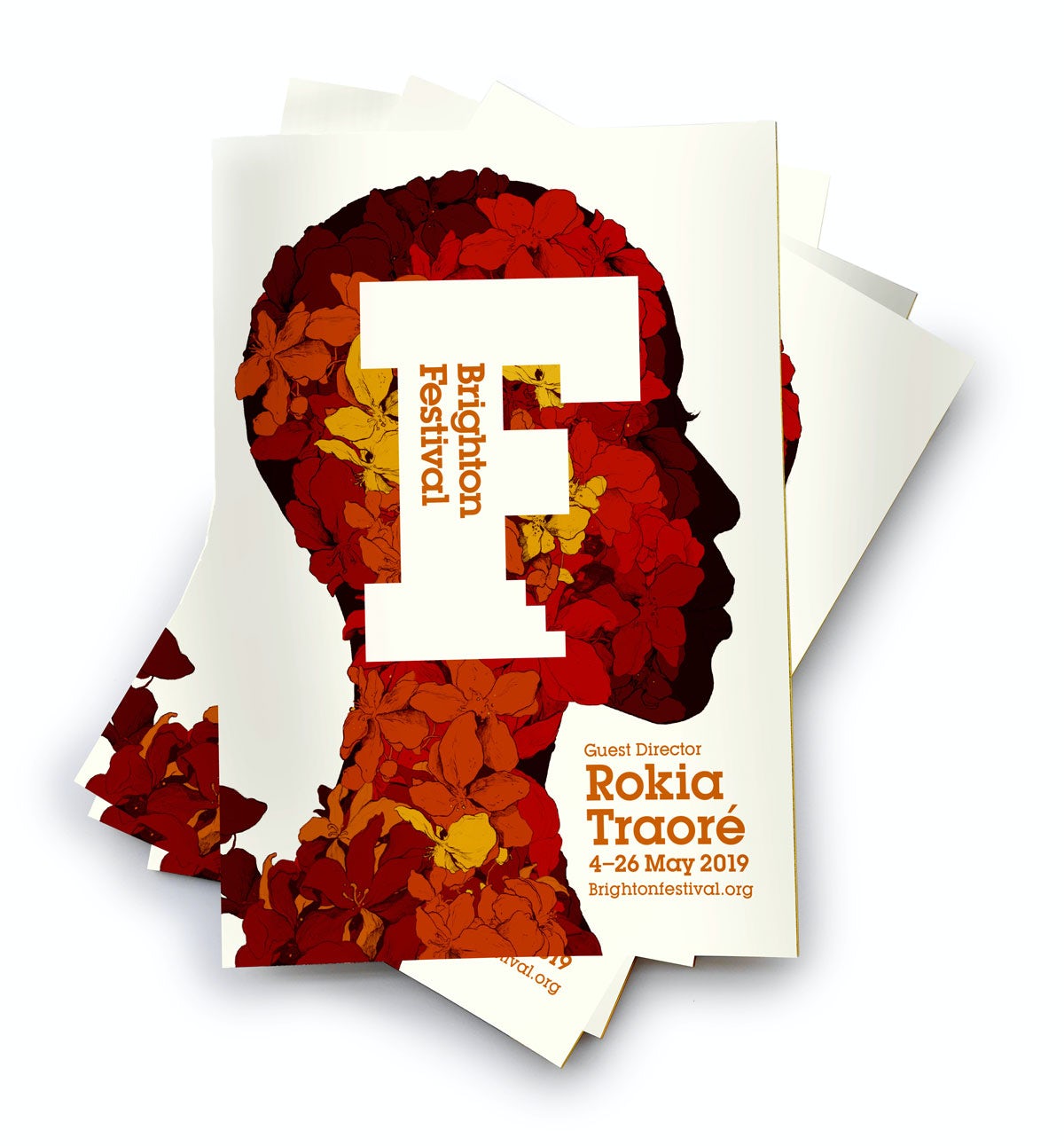 It’s rare to find a festival that has aged as gracefully as Brighton Festival. The annual celebration of the arts has taken place in venues across the city since 1967, with events spanning music, theatre, art, film, literature and debate.

The festival marked a new era in 2013, when it unveiled an updated visual identity along with its sister brand Brighton Dome, both designed by Johnson Banks. 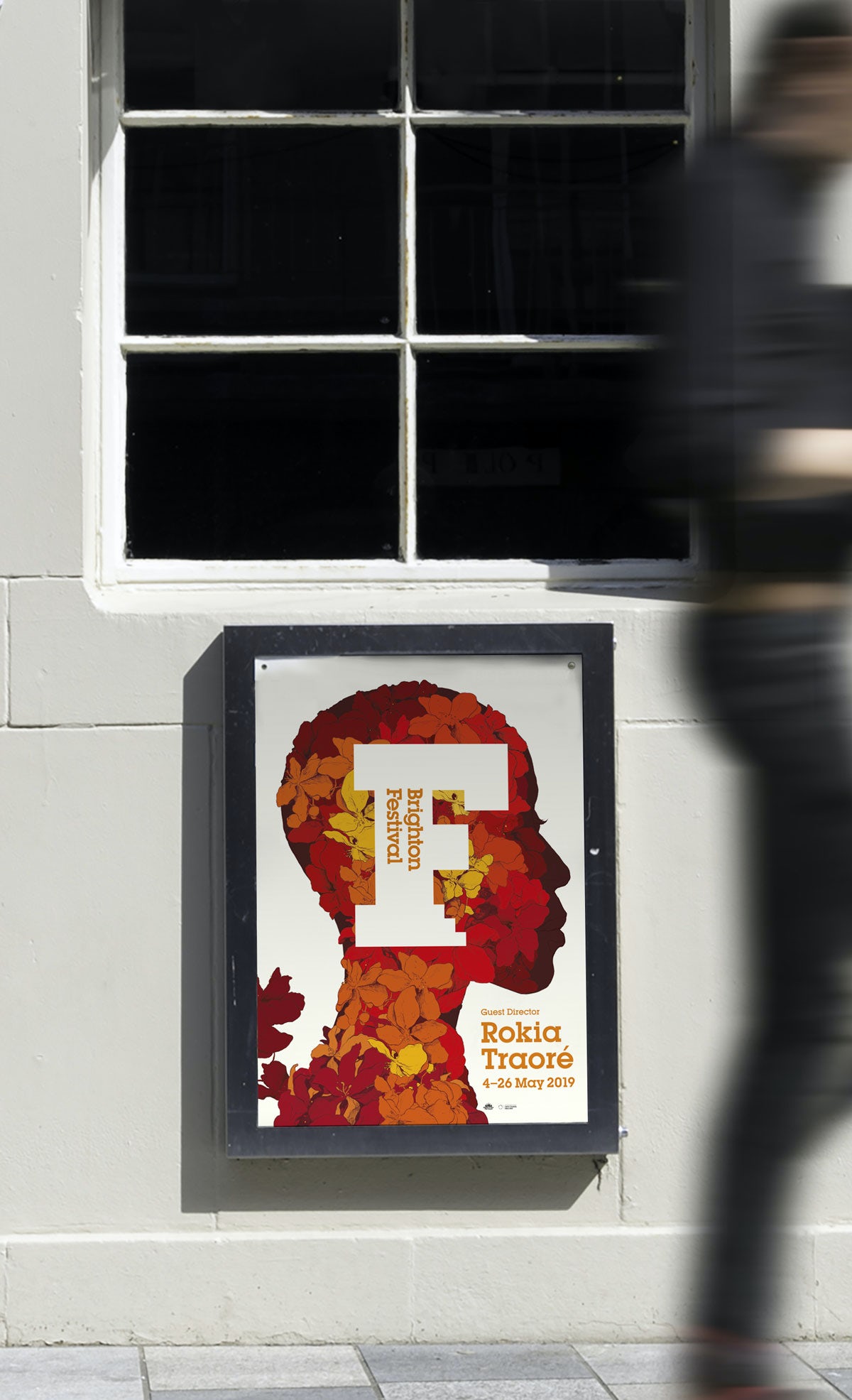 The ‘F’ symbol has been the focal point of the studio’s branding for the festival every year since then, flexing its approach depending on the guest director, which has ranged from Brian Eno in 2010 to David Shrigley last year.

This year, Malian musician Rokia Traoré has taken over the reigns as Guest Director, and the studio decided to put her front and centre of the new identity. “Rokia’s aim is to inspire and empower individuals to make change and to become artists and activists in their own right,” says Johnson Banks founder Michael Johnson. “From the very first briefing meetings, we were keen to use her very powerful profile in the designs, to clearly mark it as her festival.” 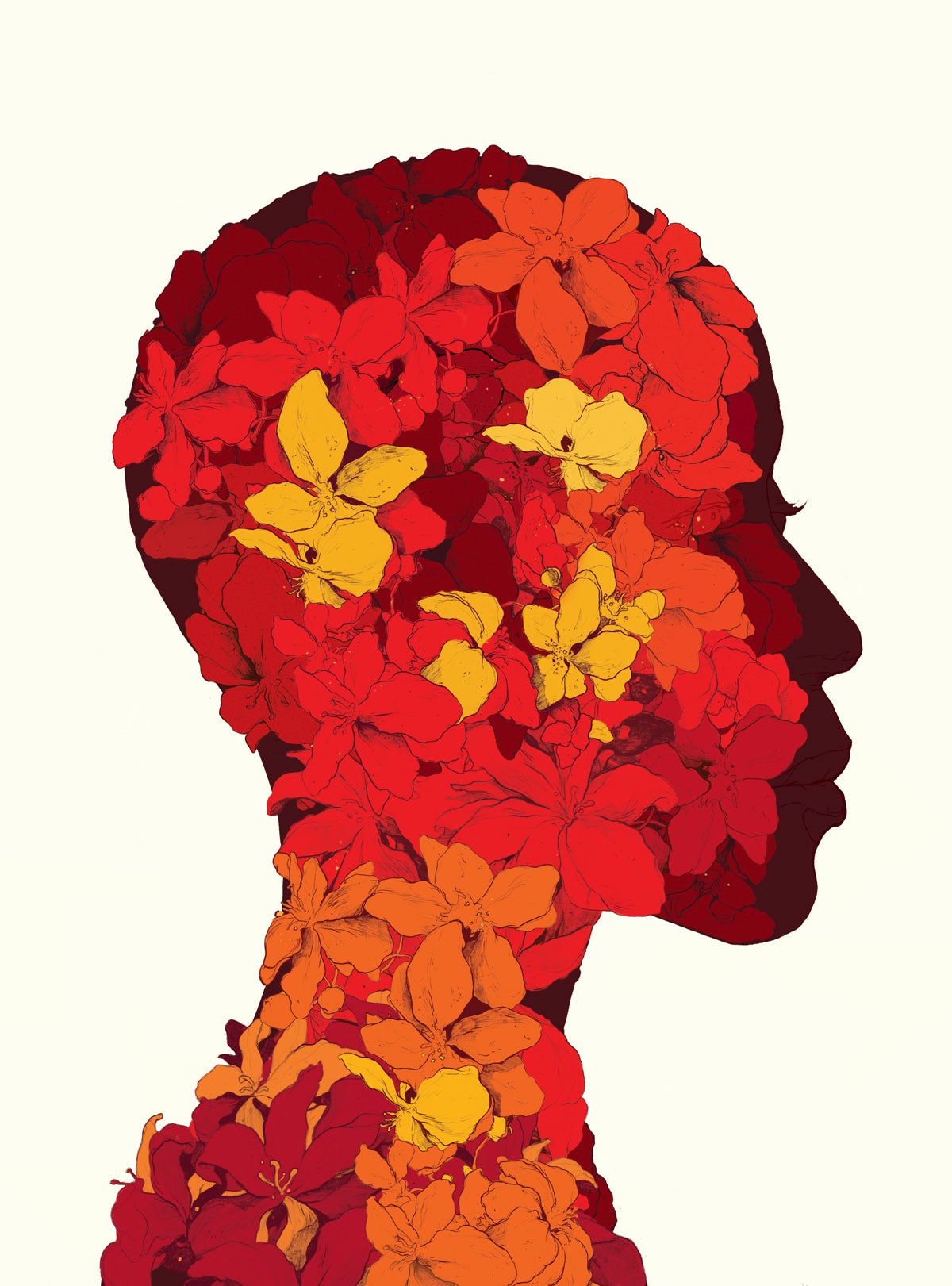 The studio looked at various design options based on Traoré’s profile, including photography and graphics, but it was an illustrative approach that won through in the end.

Simon Prades was commissioned to create the final illustration for the identity, which sees Traoré’s silhouette filled with layers of indigenous African hibiscus flowers and the festival’s F symbol placed within the drawing. 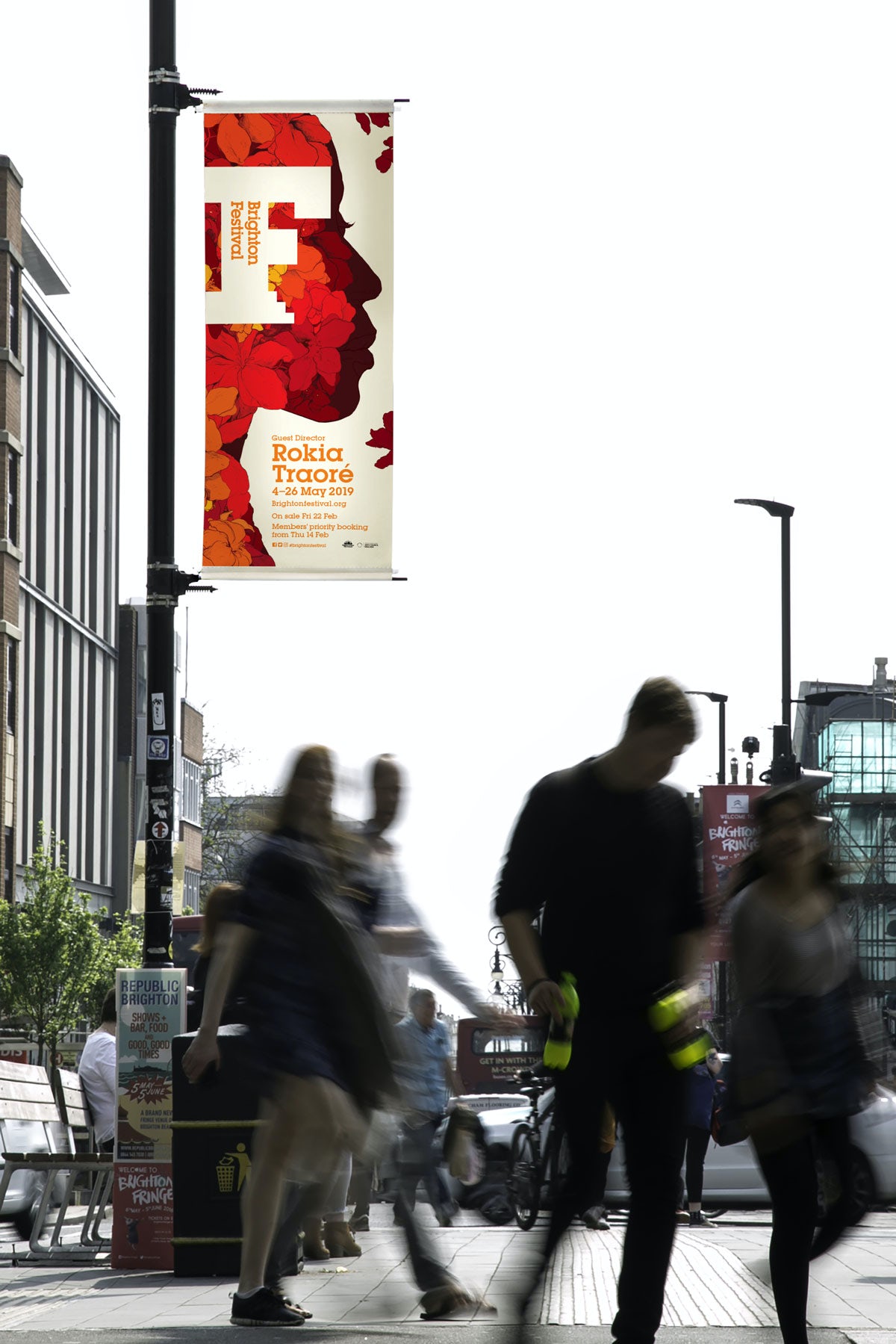 “Some of our previous work for the festival had been almost brutal – this was an opportunity to do something rich and visually stunning,” says Banks. “Simon appealed because of his obvious skills with people and faces, the sheer beauty of his work and his preparedness to work in a quick and digitally compatible way.”

The choice of colour palette also looks to complement the hibiscus flowers. “Originally we looked at blues, then slowly switched to warmer hues that would work better with native African flowers,” says Johnson. “Also – it’s May, in Brighton? It’s time to put the winter colours away and splash out a little…” 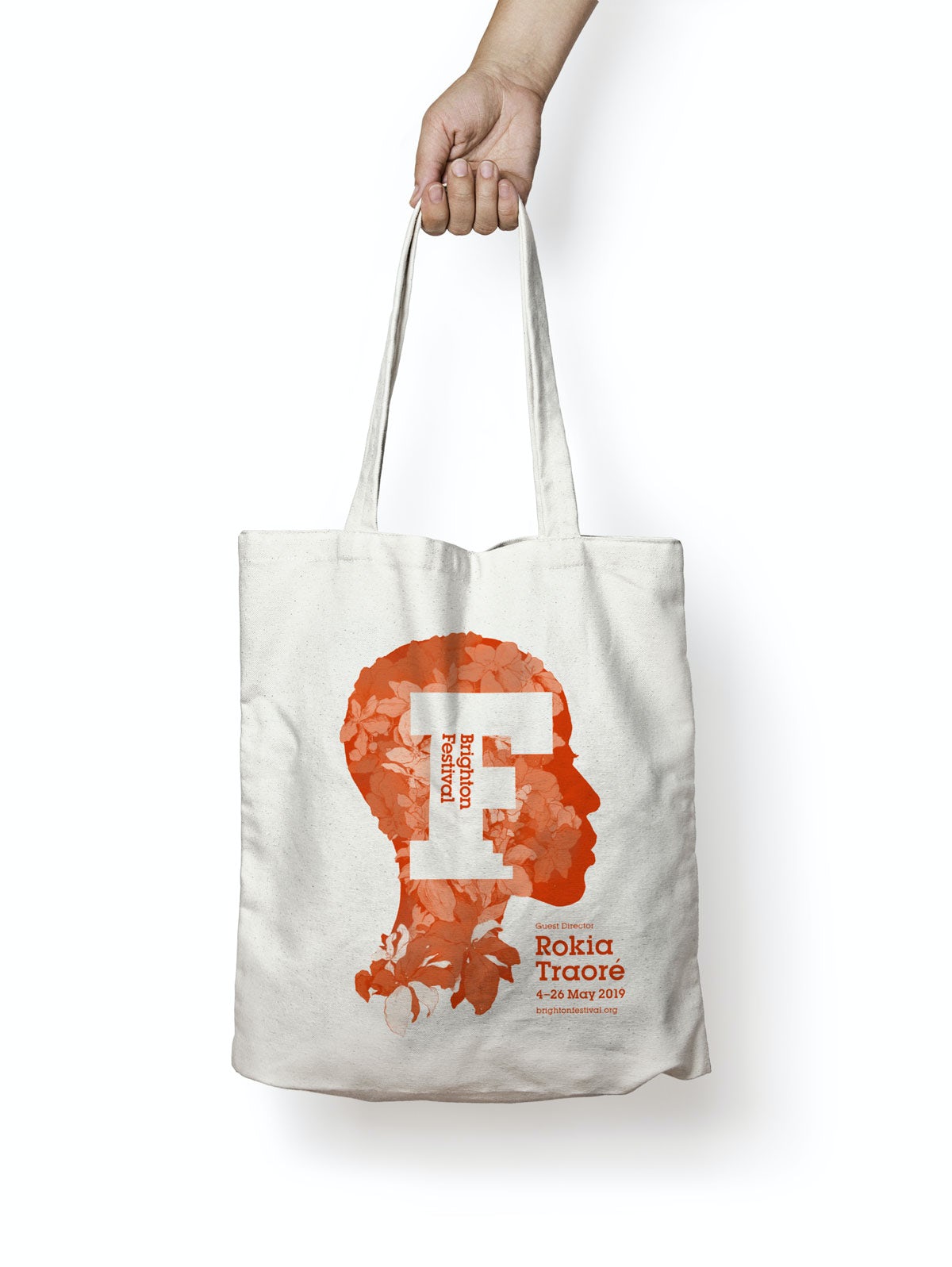