“When you stand in the instant noodle aisle of an Asian supermarket, it’s the most incredible thing,” says chef, former DJ and Future Noodles founder Carl Clarke. “It just makes you smile because you don’t know where to start. You’re buying things because of what they look like, and the shape of the carton. And then you go into the supermarket and it’s pretty depressing.”

Clarke, who admits to living off spicy Nongshim Shin Cup noodles when he was working “ridiculous hours” in the kitchen, is fascinated by the world of instant noodles. “I really enjoy the personality behind them – a bit of fun there, a bit of personality in and around the flavours, and almost a mythical kind of culture,” he explains. “People are really into these things.”

But while there’s plenty of joy in packet noodles, they’re not necessarily the healthiest choice of food stuff. So Clarke came up with the idea of creating a brand that embodied everything he loved about them, but with a new focus on health and sustainability. 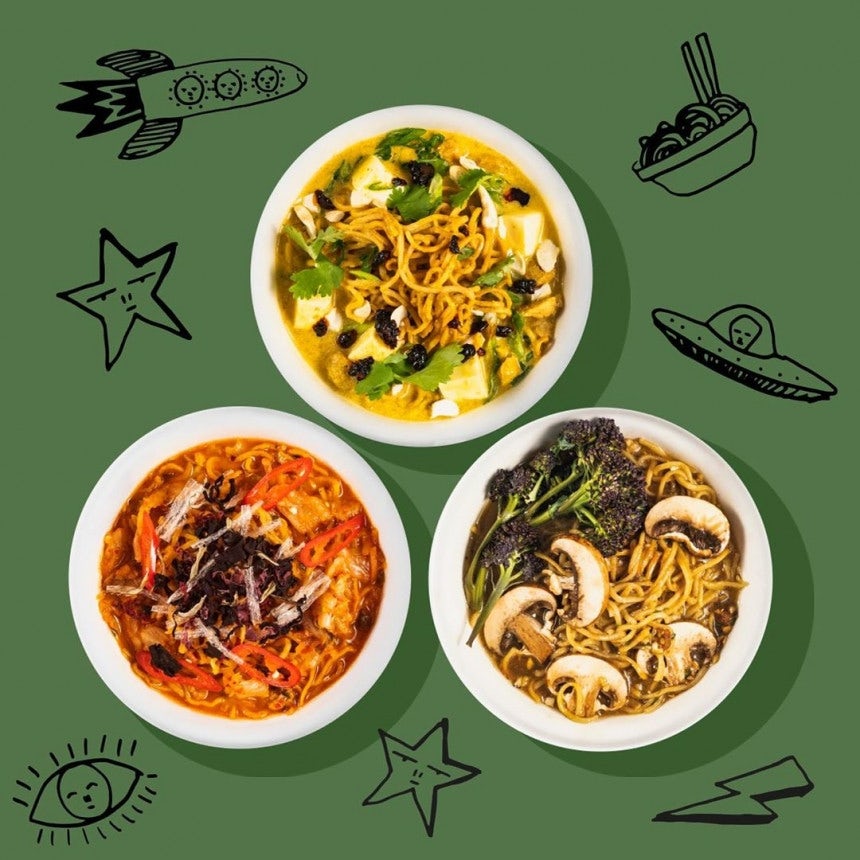 Despite his experience as a chef, and a restaurant founder, Clarke says it was tough to find the sweet spot between something that was delicious but also good for people. “We thought we’d cracked it, but then it wasn’t very healthy, so we had to go back, find what was brilliant and re-engineer it into something that was still brilliant with all the health benefits,” explains the founder, who also enlisted feedback from his friends in the food industry – people he says are the toughest critics. “I know how to make things tasty, I’ve got a good idea of the science, but the actual practicality of making that come to life was a journey that involved a lot of very clever people.”