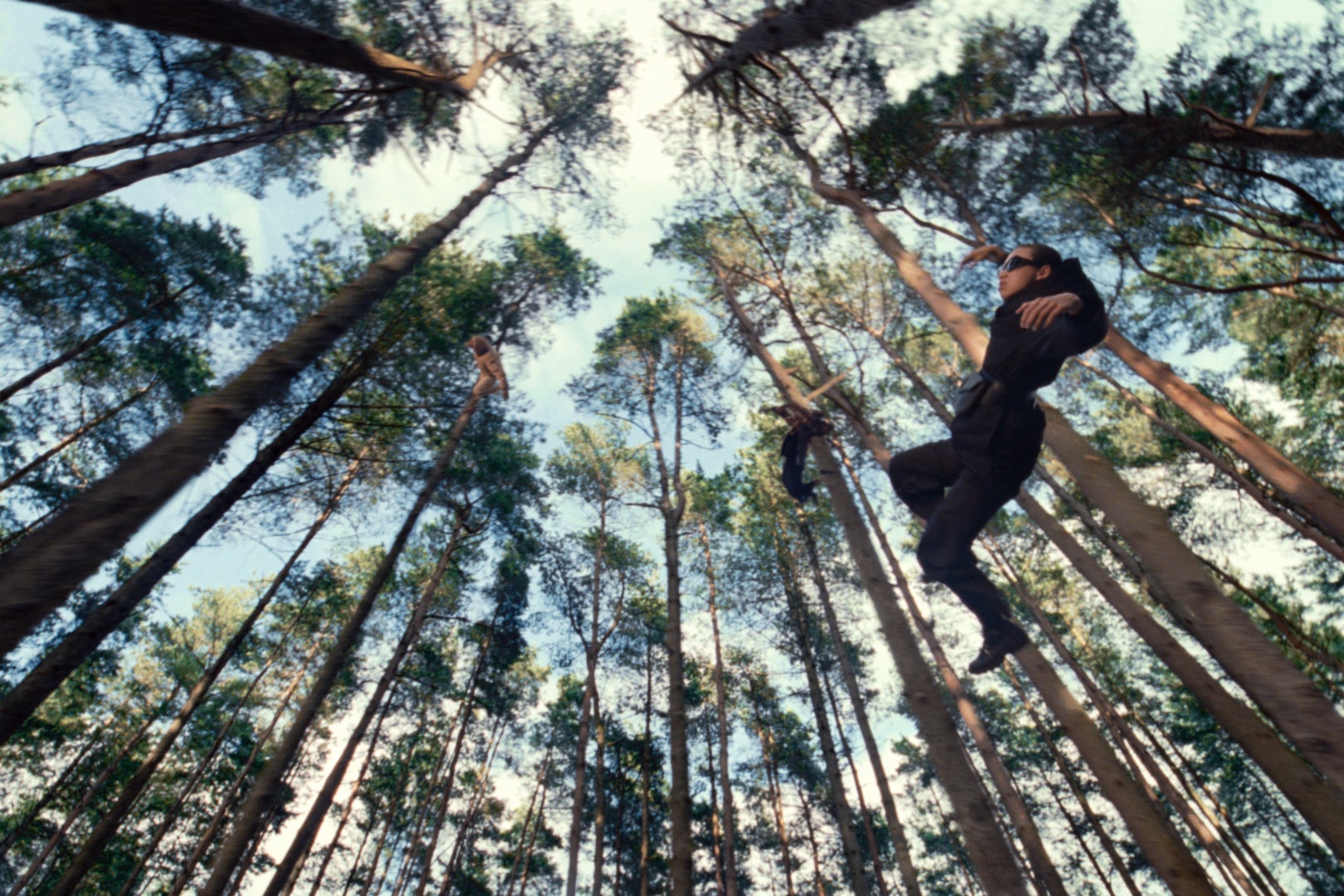 Like Festive, Open Spaces features choreography from (La) Horde, who have helped to create a gravity-defying film, which sees a group of friends flying through the British countryside, crossing fields, forests and a lake before coming together as one in the sky above a cliff edge.

“For this film, we had the idea to celebrate the joy of being free, the love for nature, and the strength of the ­collective,” said Megaforce on the ad’s release. “These are familiar themes to Burberry’s vocabulary, as well as its heritage of exploring the outdoors. We wanted to communicate these ­notions and it’s such a nice feeling when something out of our imagination becomes a reality.”