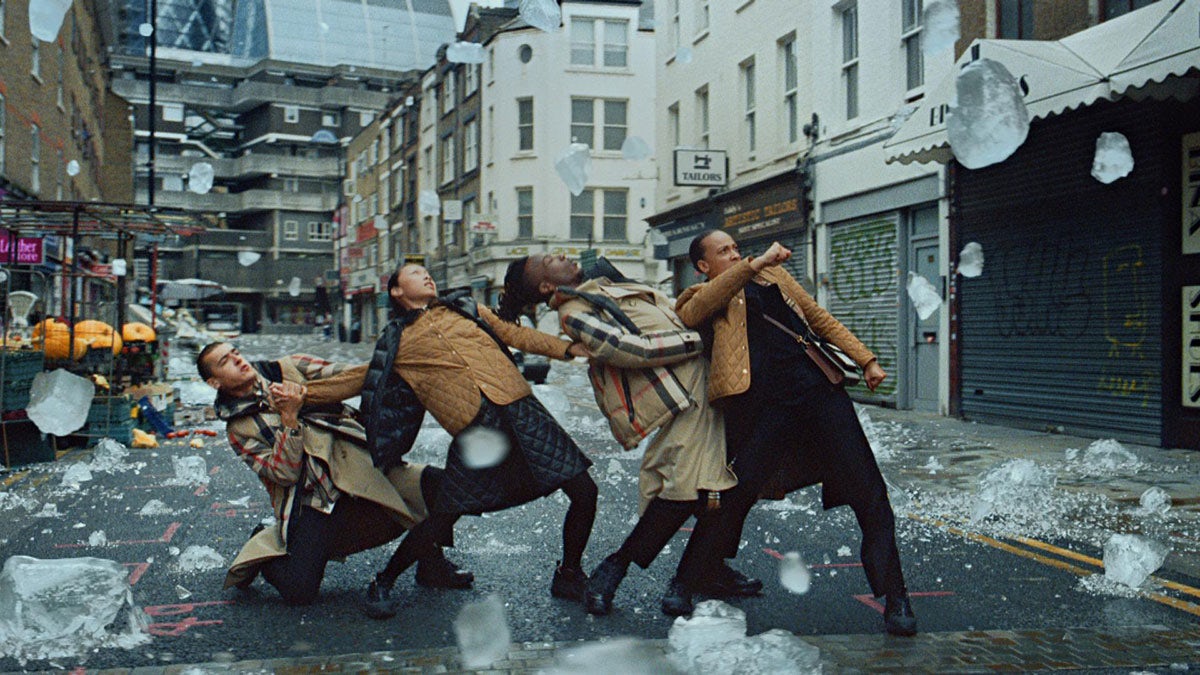 Hot on the heels of partnering with footballer and activist Marcus Rashford to fund youth centres in the UK, Burberry has launched its new festive campaign, which features a choreographed fashion film celebrating the brand’s heritage and what it means today. The ad was produced by Riff Raff Films and was created in collaboration with directing quartet Megaforce and choreographed by dance collective, (La)Horde.

Unlike many ads this time of year, the film eschews the wholesome schmaltz and cheesiness for something a little more contemporary by capturing dancers Kevin Bago, Robinson Cassarino, Chantel Food and Zhané Samuels elegantly sidestepping giant icy blocks in synchronised fashion down London’s Petticoat Lane.

Dressed head to toe in the heritage label’s latest collection, the spot is a nod to the 1950s classic film, Singin’ in the Rain. “We found the idea for this film digging through Burberry’s history. The founder, Thomas Burberry, created innovative weatherproof clothing that was used by polar explorers, which gave us this idea of a story that saw its characters braving the elements with ease,” explains Megaforce.

“That iconic scene from the film Singin’ in the Rain came to our minds so we wanted to draw inspiration from it and make a version that speaks for our times. This year has been tough for us all, so we wanted to push the metaphor and transformed the rain to ice blocks. We also changed the narrative from a single character to a group of friends because going through adversity is a thing that we’d better do together.”

Matthew Fone, founder of Riff Raff Films adds: “The most pleasing thing for me about this collaboration is how Megaforce took the brief of capturing what Burberry stands for today alongside its prominent heritage; and made a festive film that encapsulates the notion of both, in a simple metaphor of adversity in their own, inimitable way, no baubles.” 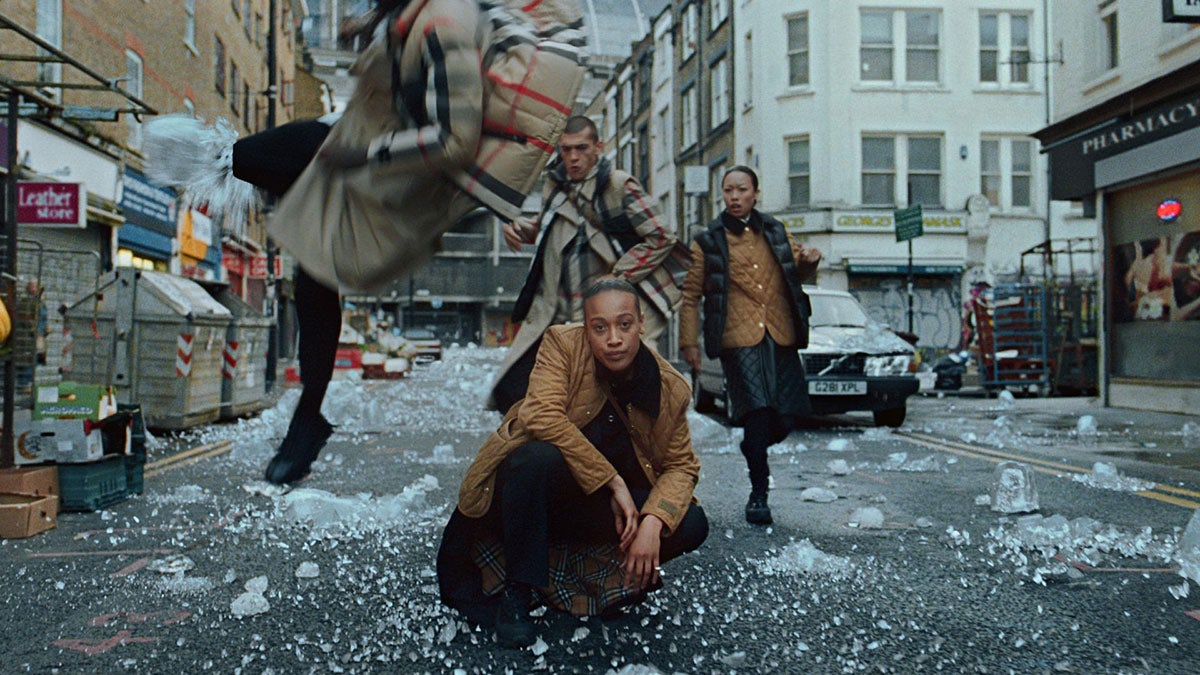 Instead of baubles are falling blocks of ice, which were created by visual effects company MPC, and help add to the playfulness of the ad. “The film showcases our ambition to challenge the ordinary and push the boundaries of remote post-production,” says Alex Lovejoy, creative director at MPC.

“A key element was building the falling ice blocks – to do this successfully it was essential to capture data on set, so we took detailed photogrammetry of the streets and referenced real ice blocks shattering. This was used as the base for our CG so that it could be synchronised exactly with the live action. We are all incredibly proud of the final film, which was a lot of fun to create.” 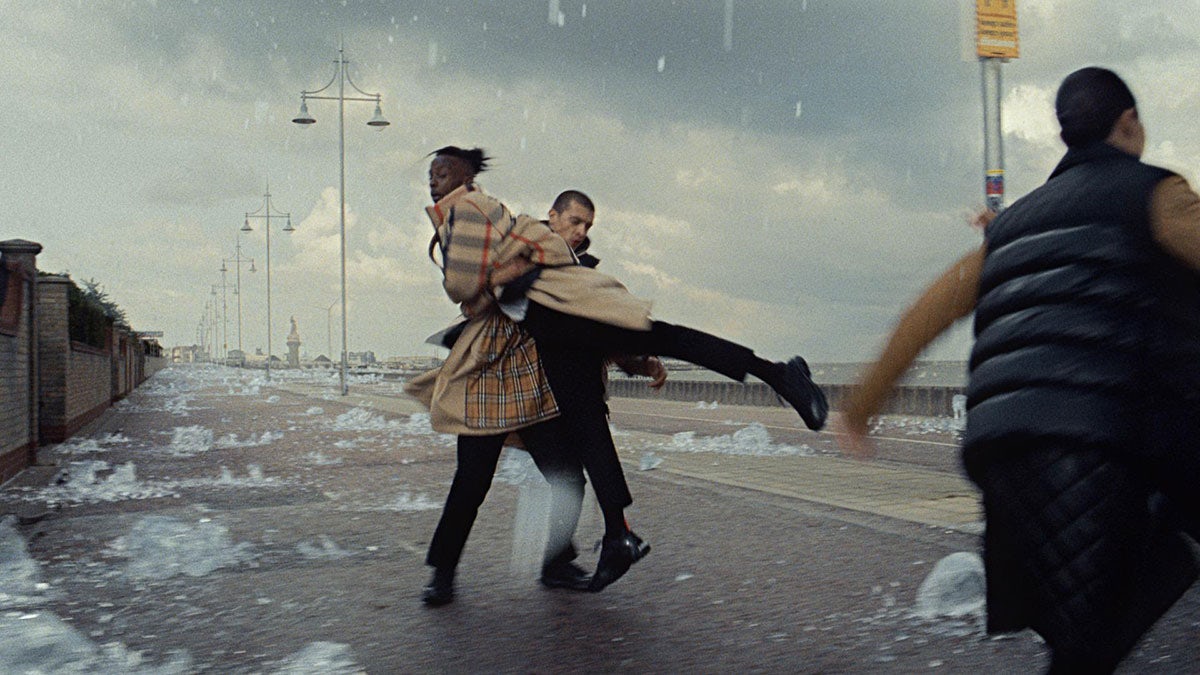 The spot is accompanied by a campaign shot by Rafael Pavarotti, featuring Manchester United player Marcus Rashford, as part of his new partnership with Burberry to combat child hunger and poverty. The brand has also committed working with a range of local and global charities as a part of this campaign including London Youth, Manchester’s Norbrook Youth Club and Woodhouse Park Lifestyle centre, the Wide Rainbow Partnership, and the International Youth Foundation.