Burberry has launched a new retail store in Shenzhen, China, that puts social media at the centre of the experience. The luxury fashion house has partnered with Tencent, the developer behind Chinese social media and payment app WeChat, on a ‘mini program’ that “connects and rewards customers as they explore online and in store,” according to Burberry CEO Marco Gobbetti.

Customers can use the WeChat app to engage with the store and gain access to personalised or exclusive content either at home or in person. It also houses product information, bookings and virtual tours of the store, features that aren’t revolutionary and could easily be found in a standard retail app, although integrating app concepts into WeChat is considered more straightforward than launching a standalone app.

A custom fit . Explore to unlock hidden experiences and gain exclusive access at our first social retail store, #BurberryOpenSpaces in Shenzhen China, powered by Tencent . Find out more at link in bio

The mini program makes use of social currency, which aside from the added digital content can also ‘unlock’ additional menu items in the on-site eatery, Thomas’s Café. The social currency also plays into the cute animal avatars assigned to customers, which evolve based on how much customers engage with the store. While gamification has been popular in retail since the dawn of eBay, its use has become increasingly important with the rise of social media.

Burberry’s collaboration with WeChat comes at a critical time for the retail industry, which has faced enormous challenges in the wake of Covid-19. Between national lockdowns, logistical nightmares, conscious shoppers and a looming recession, retail brands have been grappling with how to engage with customers and adapt to a new set of circumstances that are likely to have a lasting effect well into the future.

Burberry has long been a pioneer in mixing digital with in-store experiences to engage customers, and this latest move offers a glimpse of how apps may begin to play an increasingly important role in stores. While the spread of WeChat’s functions makes it a far stronger proposition for Burberry than a Western social media equivalent, the concept marks out a blueprint for the future of social media in the world of retail. 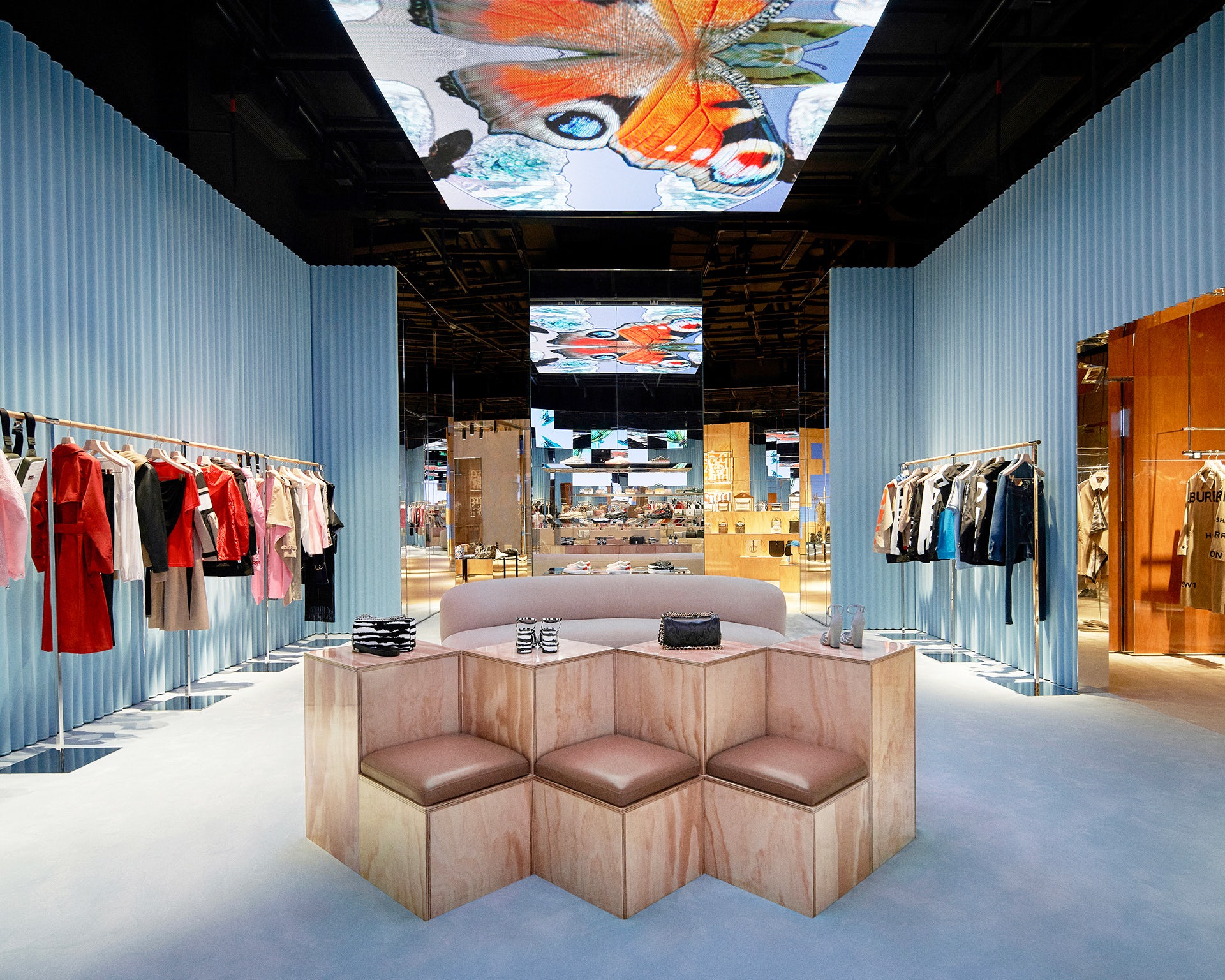