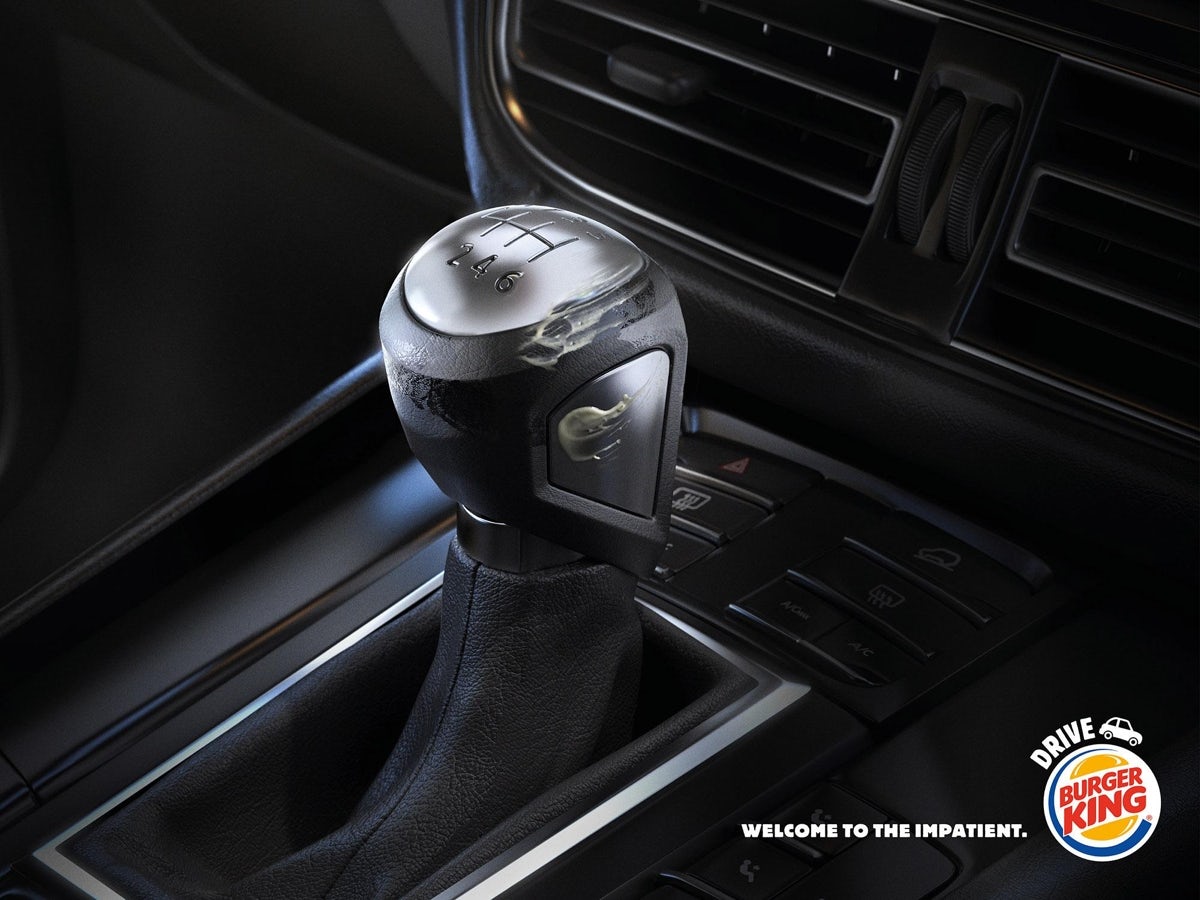 Paris agency Buzzman created the campaign, which features some gloriously stark photography of unremarkable car interiors. Where it all comes to life is in the telltale details that show evidence of a recent trip to BK.

Without ever showing a burger or bag of fries, Buzzman has made it abundantly clear what’s going on here – with clever use of a few tomato seeds and an errant piece of lettuce, or the oily smear left by a mayonnaise-covered hand on the steering wheel. Obviously the corner BK logo and the tagline, ‘bienvenue aux impatients’, helps. As does the sense that something slightly illicit might have just happened. 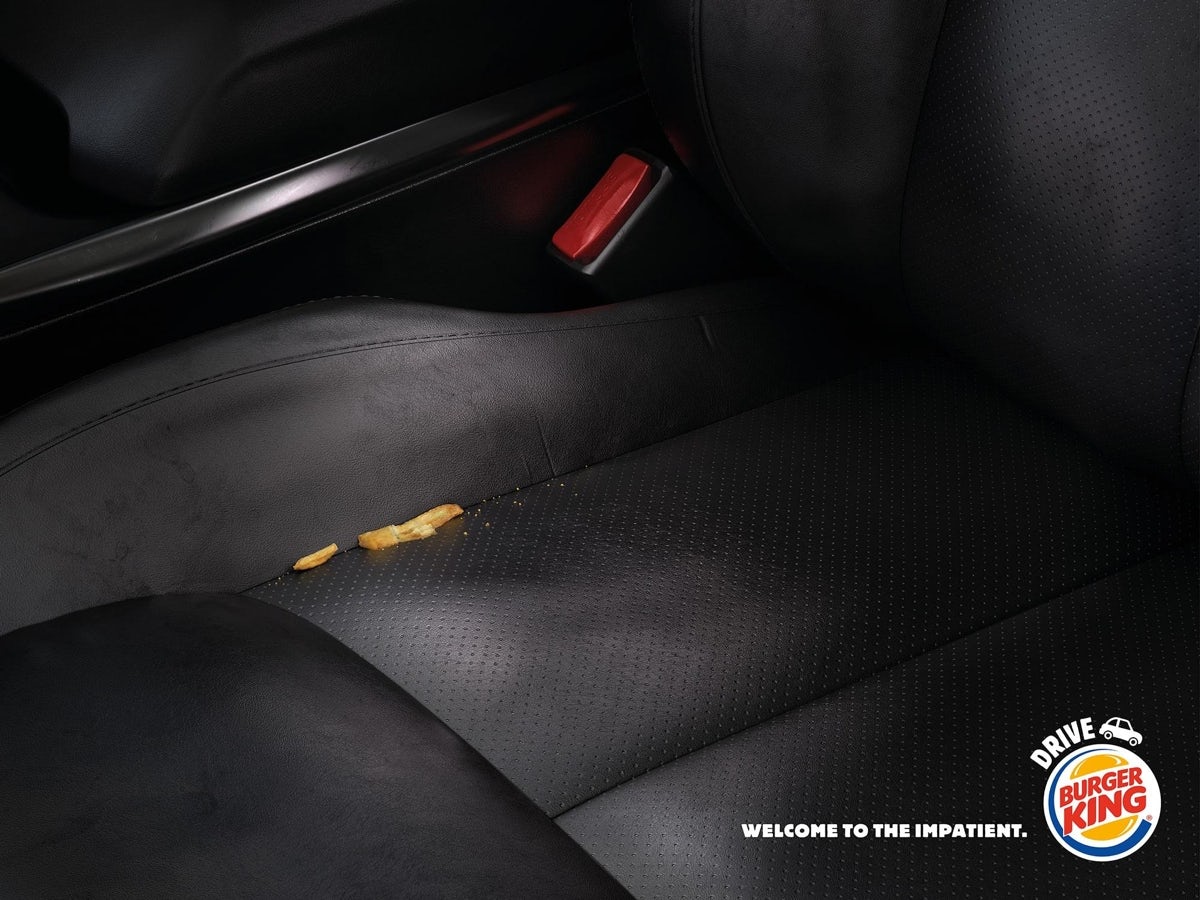 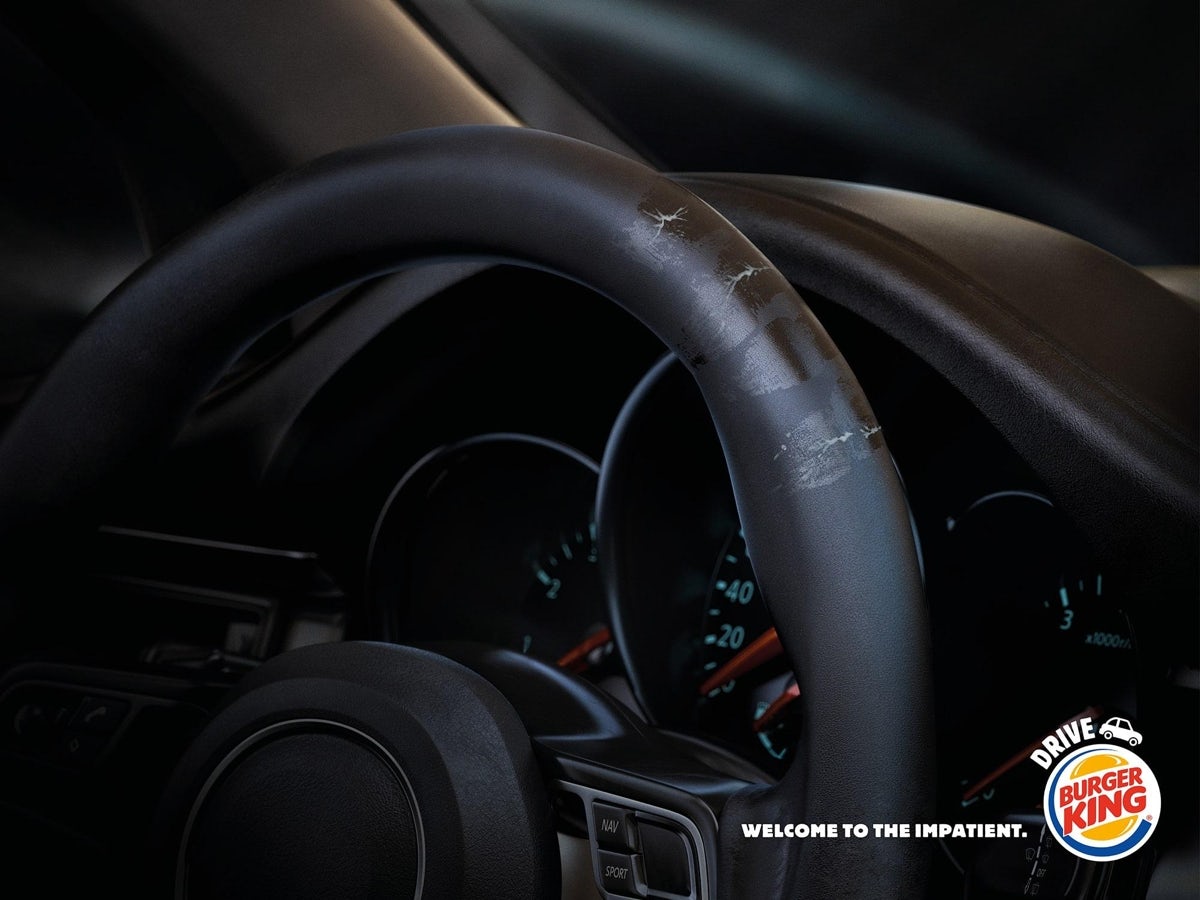 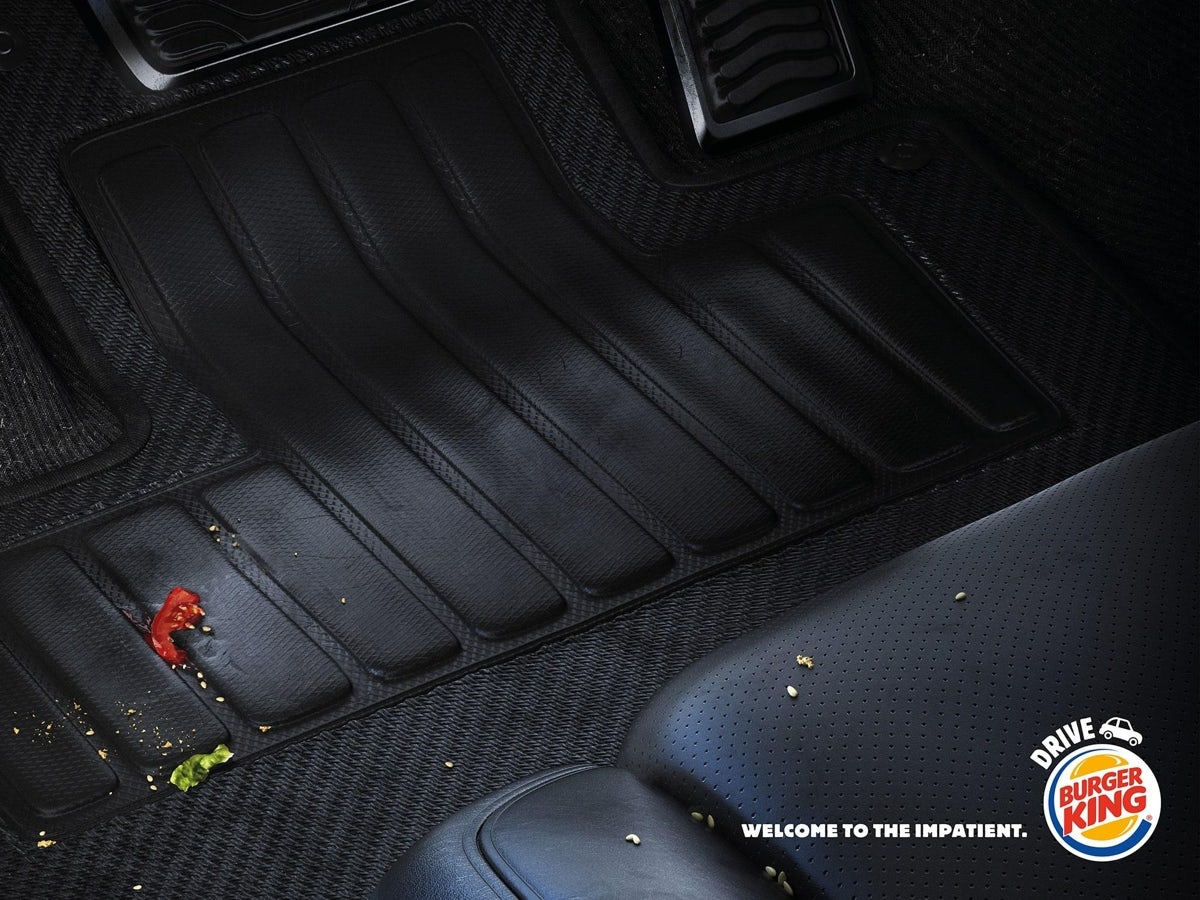 It’s a smart piece of advertising that uses very little to get the punchline across, and comes in the wake of several other playful pieces of work from BK – including a Michel Gondry-directed spot about cow farts.