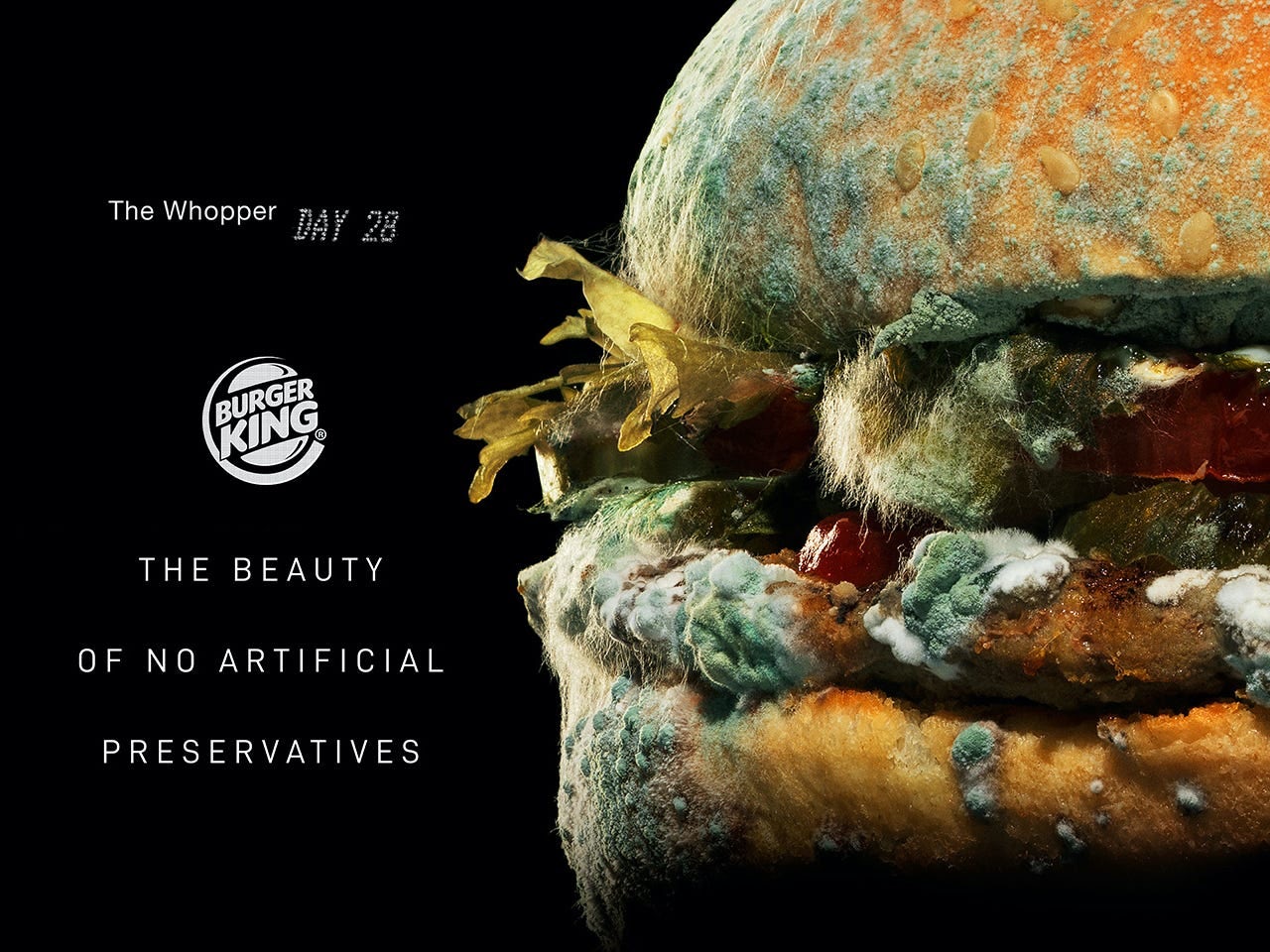 Between the growing market for vegan, unprocessed or organic foods and the increased backlash in the face of the obesity crisis, it’s safe to say fast food chains are facing an uphill battle. While brands in this space have shown inventive responses to such quandaries, Burger King US has taken an unexpected punt at demonstrating its credentials as a producer of ‘real’ food. The move comes as the chain begins to remove preservatives from its recipes, apparently steering away from the additive-laden products most have come to expect from burger chains.

Built around the tagline ‘The beauty of no artificial preservatives’, the new campaign centres on a time lapse that begins with a meticulously assembled Whopper burger, staged M&S-style against a dramatic black backdrop. Before long, however, we see what happens to the burger as the days and weeks go by – insert mould, fluff and all manners of scuzz – to the tune of Aretha Franklin’s What A Difference A Day Makes.

The accompanying print ads follow a similar format, capturing the state of the Whopper on different days late into the decomposing process. The campaign was the creation of three agencies – David Miami, Publicis, and INGO Stockholm.

“Real food tastes better. And the Mouldy Whopper is here to showcase that we are removing artificial preservatives in our food,” wrote Fernando Machado, Burger King’s global CMO, on Twitter.

The ad is more than a little reminiscent of Still Life, a time lapse piece created in 2001 by Sam Taylor-Johnson (née Taylor-Wood) showing a fruit bowl decaying over time. The Mouldy Whopper concept however, sits in the same vein as McDonald’s Quality Control ad from 2016, where people were found reeling off all the misconceptions surrounding the composition of Chicken McNuggets, before the rumours were put to bed at the end of the ad.

Though the method is much the same, Burger King is taking a risk by making its best known burger quite so visibly repulsive – it’s hardly appetising at first glance, marking a bold move when it comes to food advertising. Yet with the public becoming increasingly health-conscious and, in turn, dubious about the contents of their meals, Burger King is evidently trying to engage the minds of a sceptical marketplace. Our eyes might be bigger than our stomach, but Burger King is hoping that our minds are bigger still. 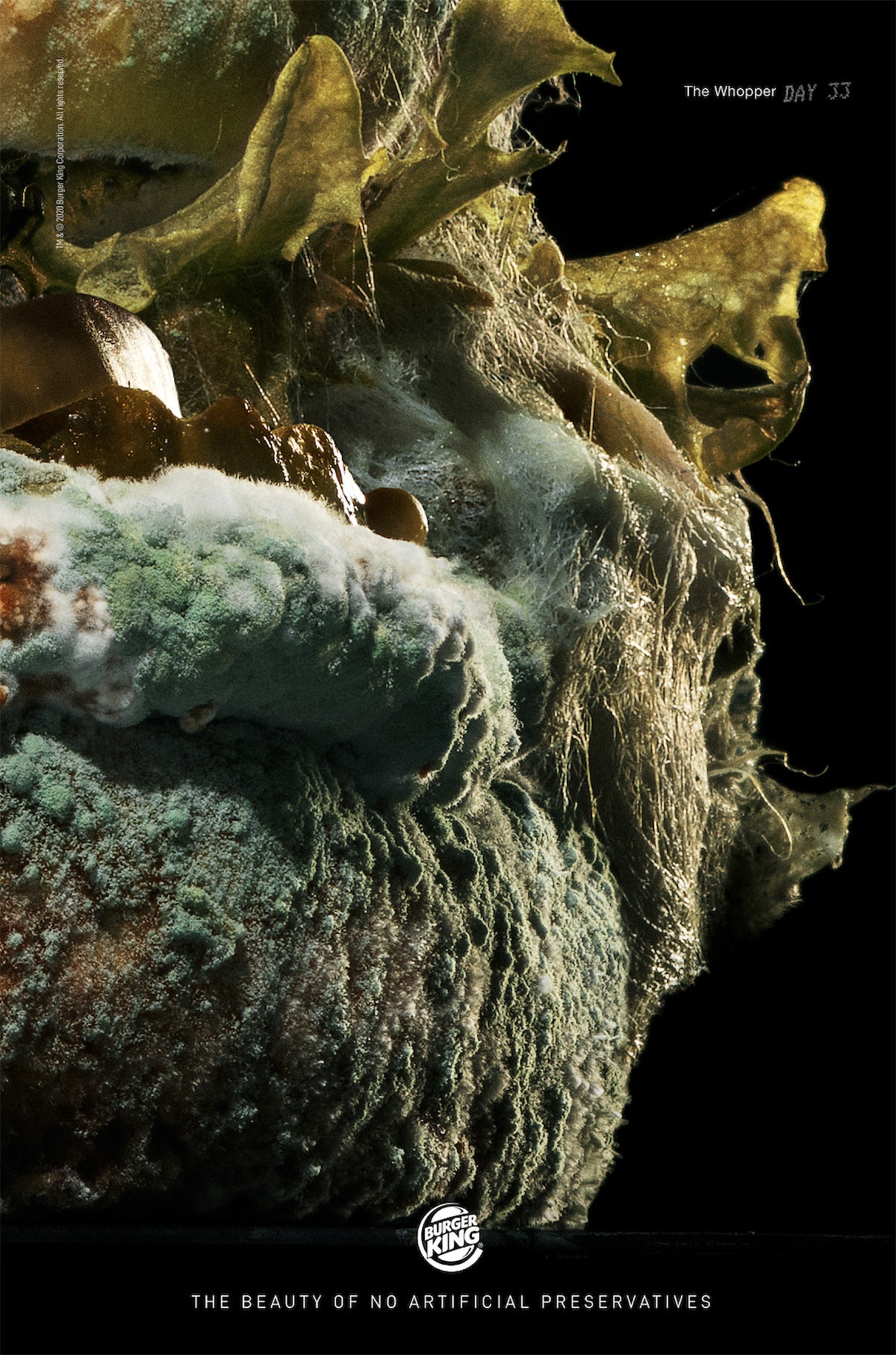 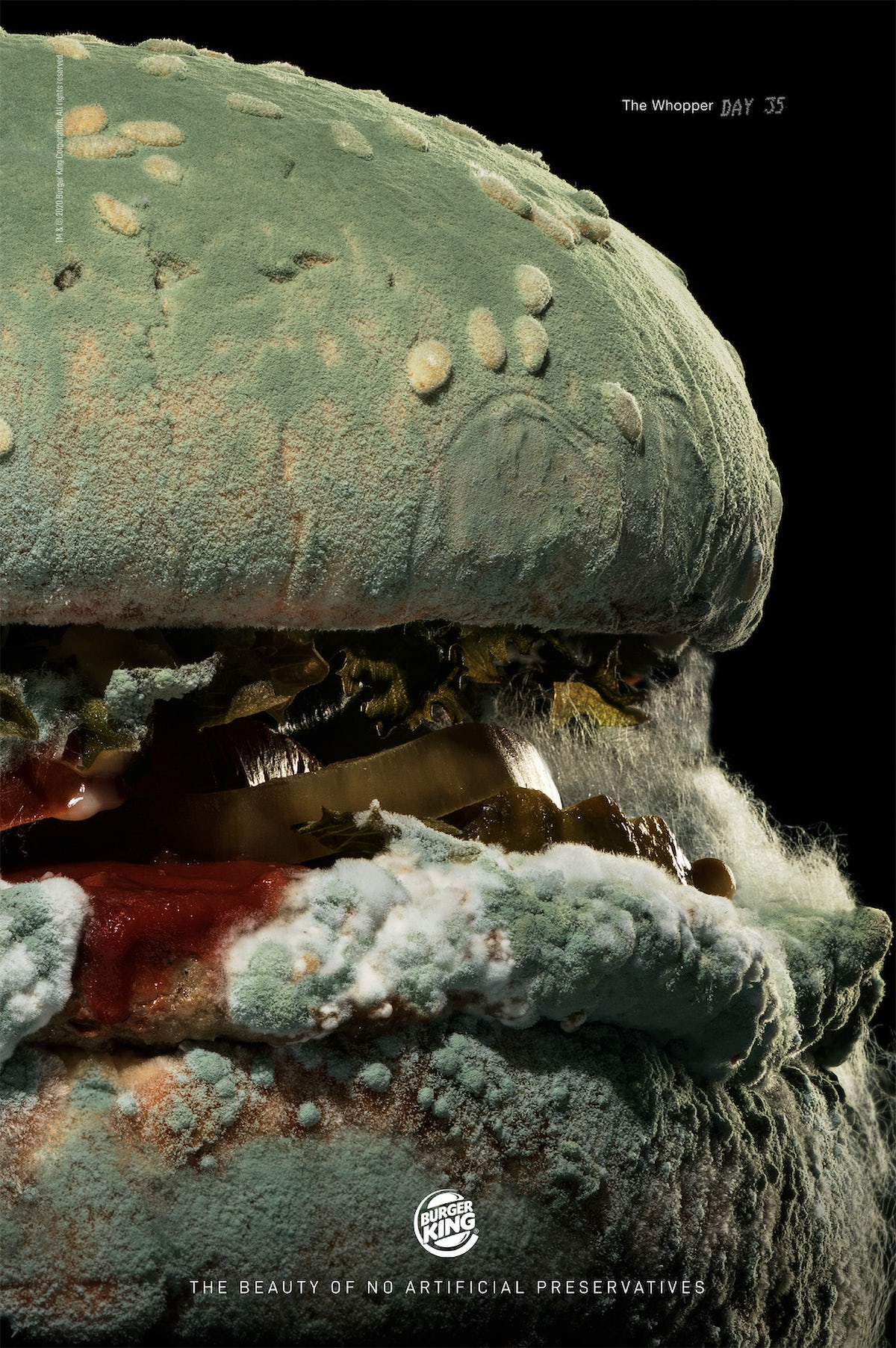 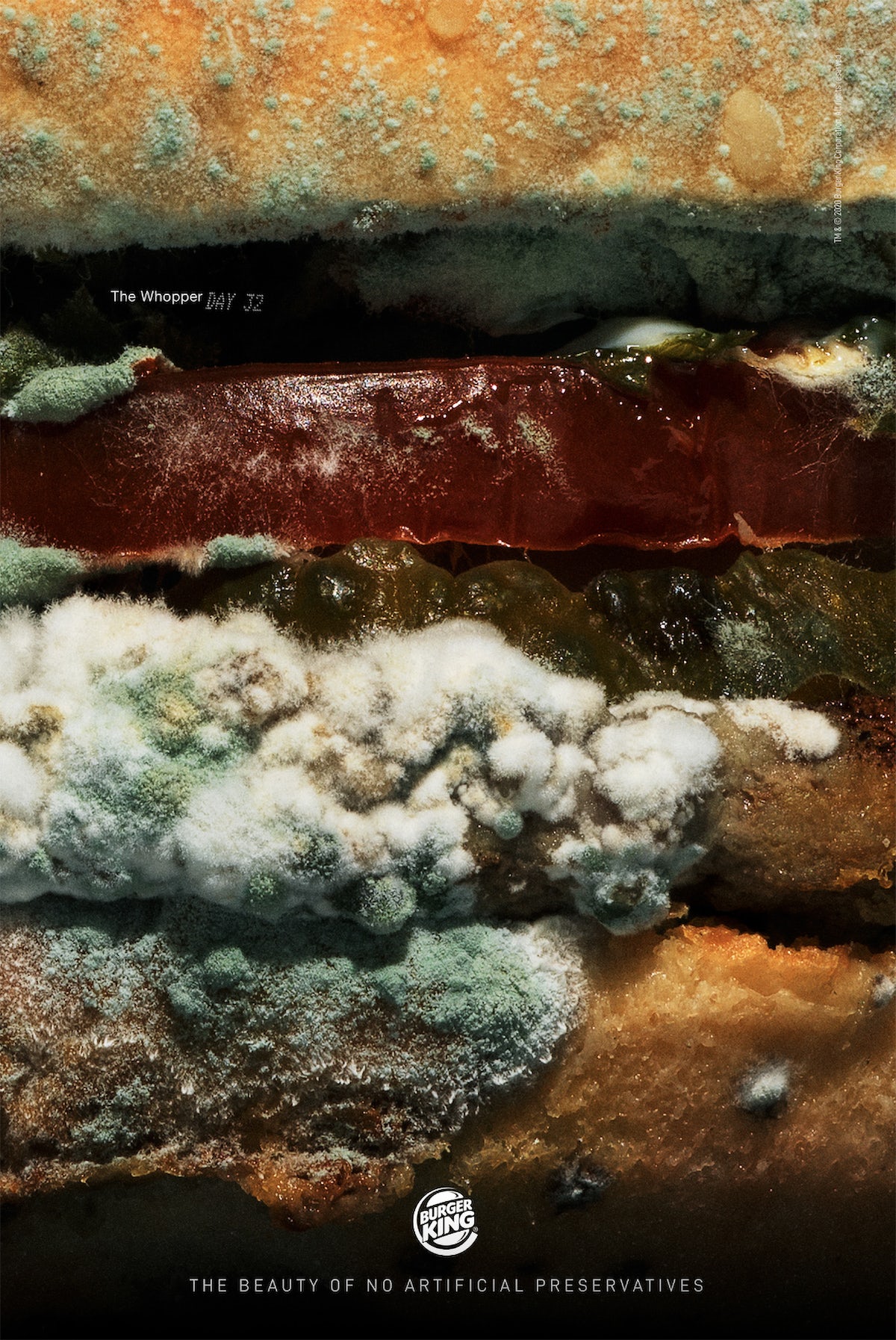