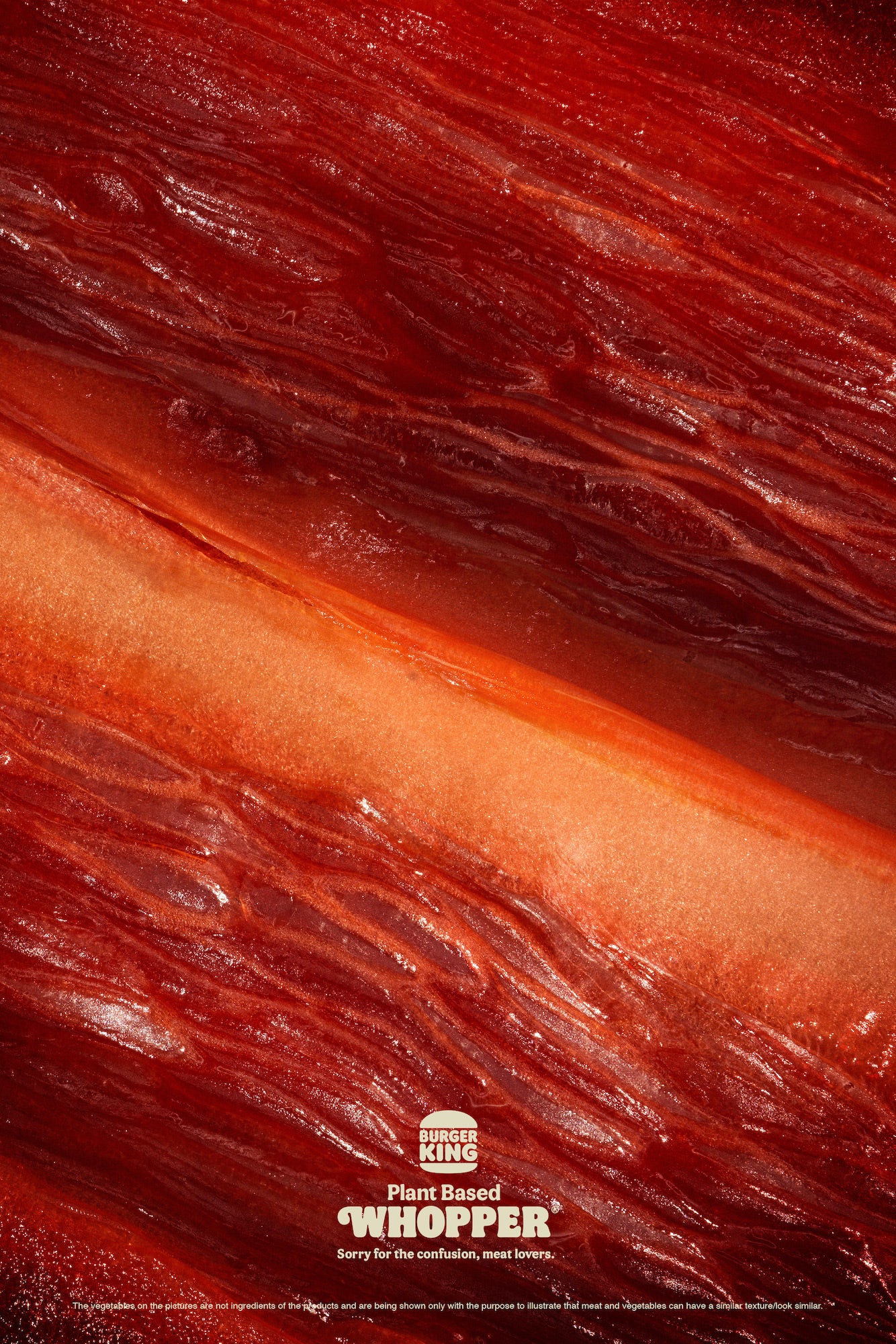 Burger King is no stranger to posters that make you look twice. Two years ago it famously debuted the Mouldy Whopper campaign, which intended to highlight that its product was so fresh that it would rot (unlike burgers that feature preservatives). The disgusting looking imagery caused wide debate, but was ultimately lauded across the ad industry, at least in award shows.

The brand’s new campaign is less provocative, though still designed to make you think. At initial glance these posters appear to be close ups of meat, yet in reality they are photos of vegetables – red pepper, beetroot, and radicchio to be exact. Accompanying the images is the tag ‘Sorry for the confusion, meat lovers’ as fans of the original Whopper are invited to try the plant-based version instead. 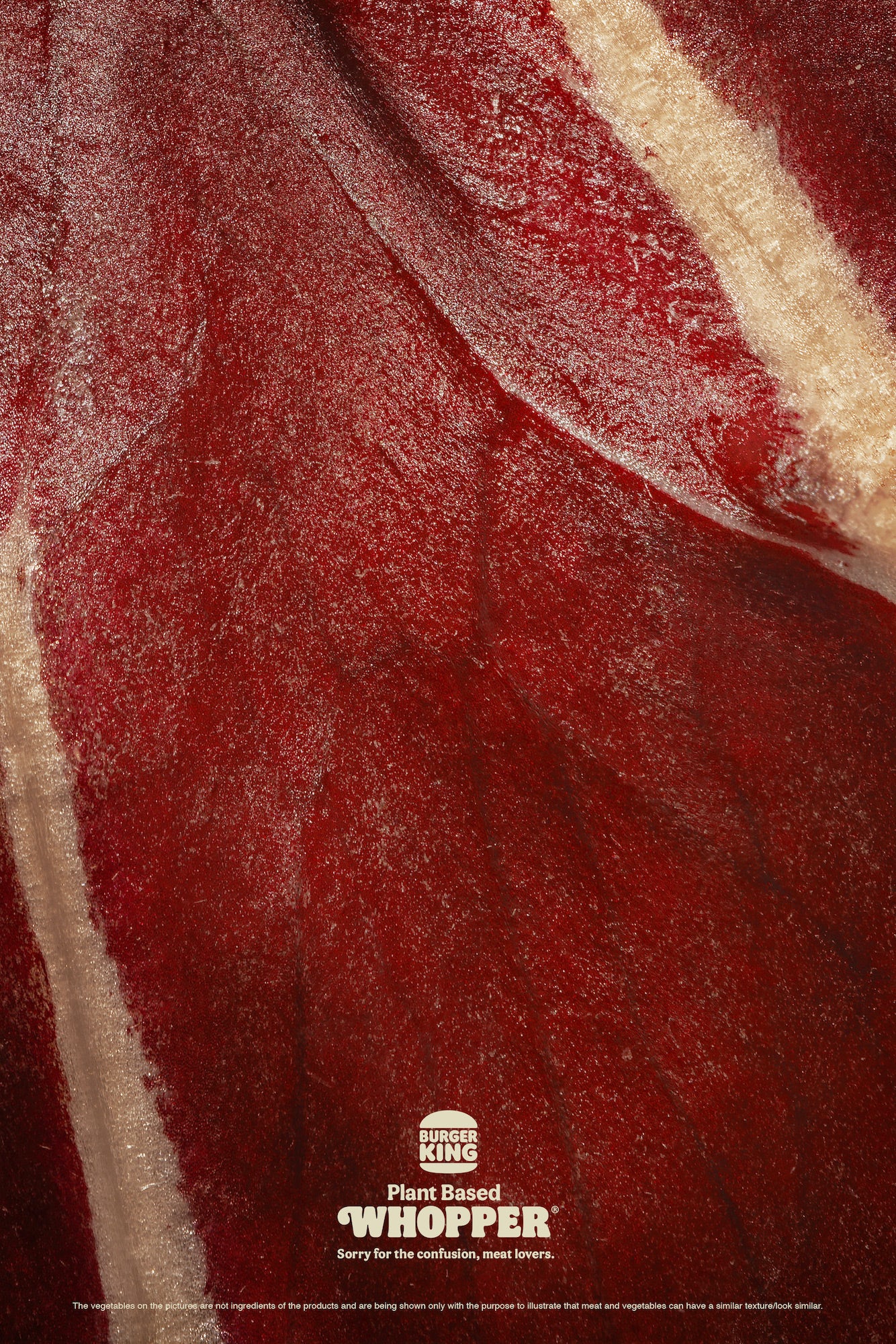 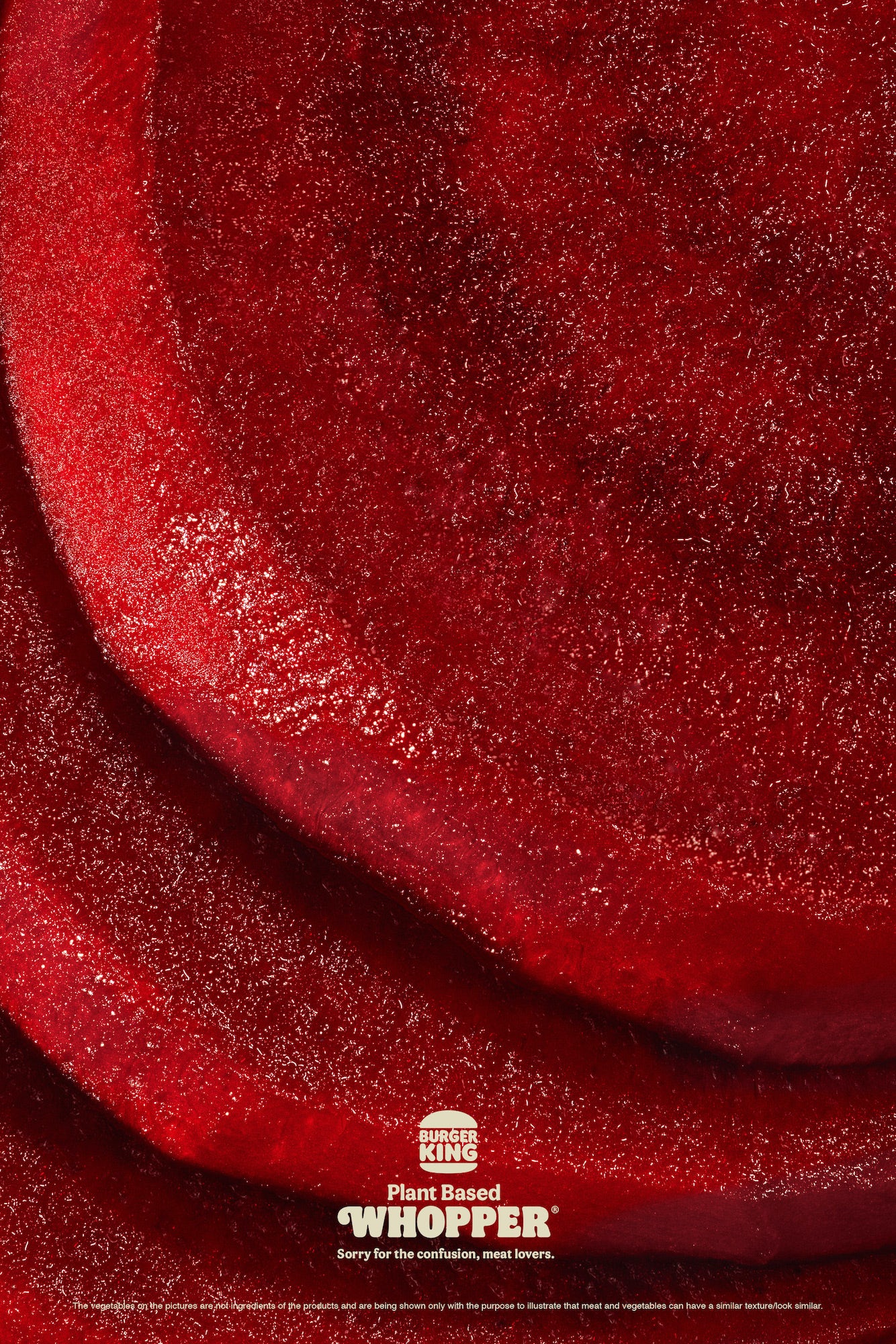 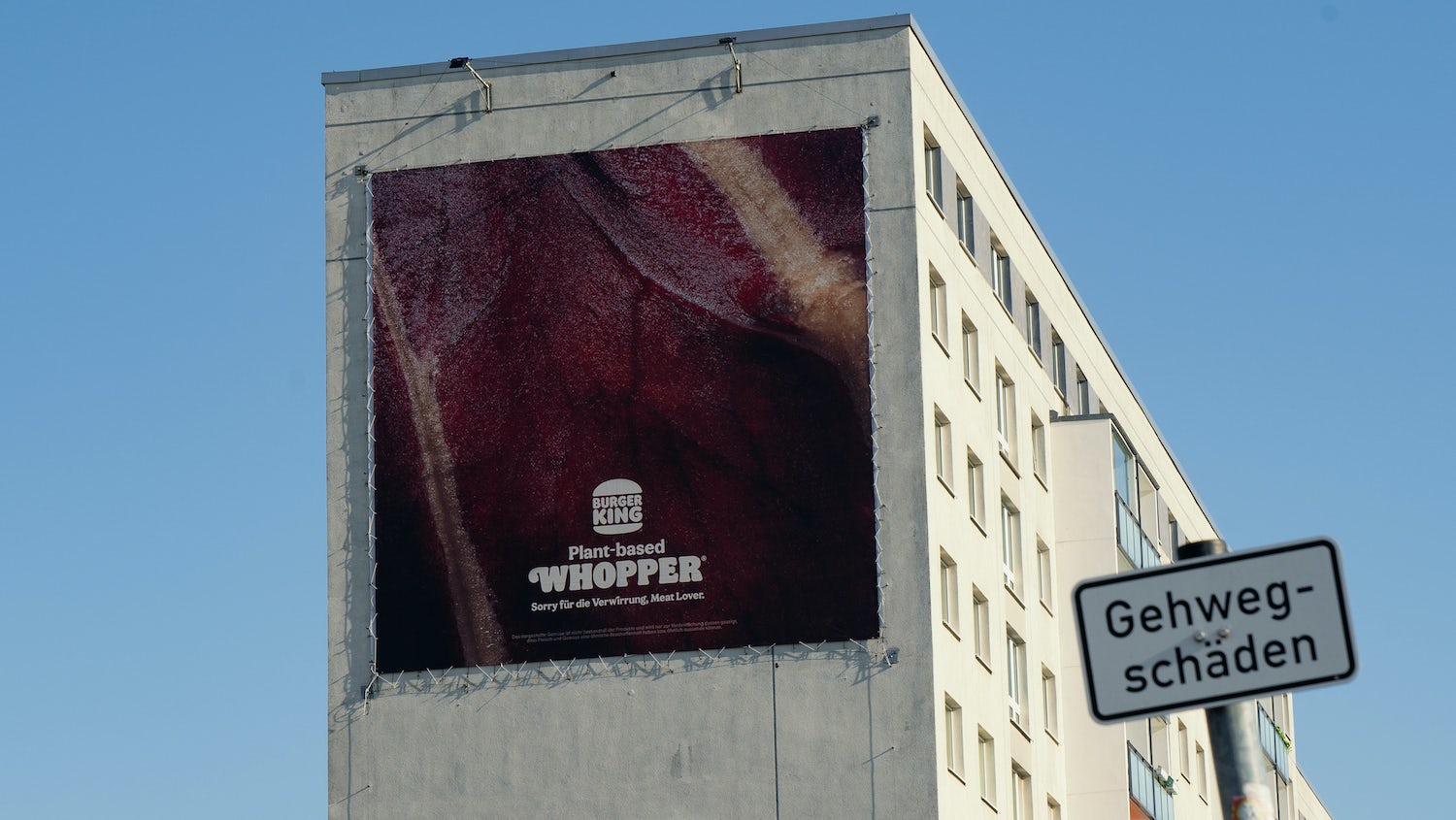 Burger King is not the first brand to try and appeal to sceptical meat lovers by pointing out the similarities in texture between meat and vegetables. Last year, for example, Impossible Foods doubled down on making ads that made plants look as beefy as possible.

Rather than focusing on the burger itself though, BK is making the point in this series of ads via a visual trick, which simply hopes to help people overcome the idea that plant-based means less pleasure.

“Many times, guests can’t tell the difference between the traditional Whopper and the plant-based Whopper,” says André Toledo, ECD at David Madrid. “So we challenged a food photographer and a food stylist to shoot some vegetables in a way that would make them look like meat. The idea was to create ads that would make people ask themselves ‘Wait, is this meat or is this a plant?”