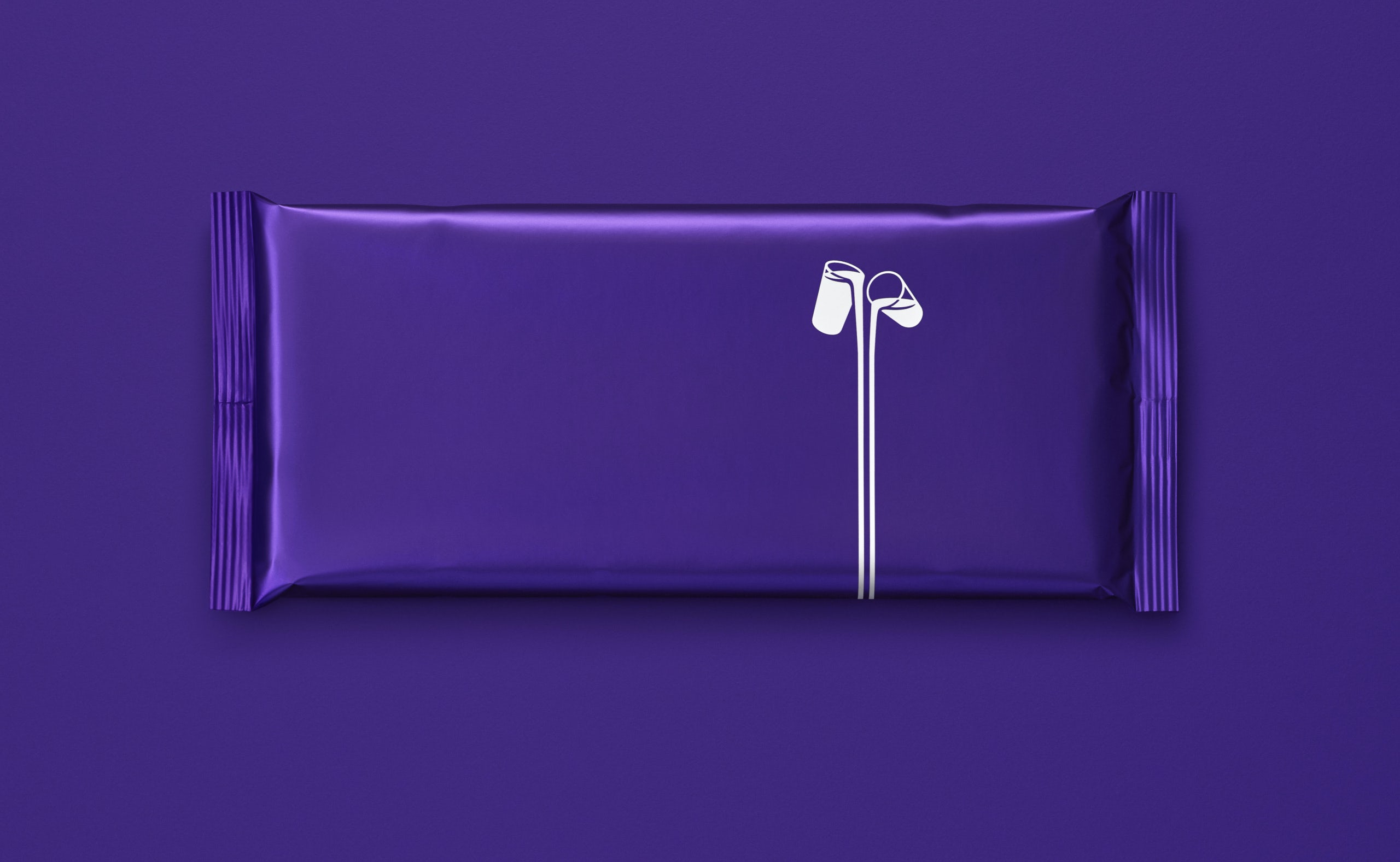 Ever since Cadbury’s iconic Dairy Milk bar was launched in 1905, the packaging has always had three constants: a purple wrapper, the glass-and-a-half of milk icon, and the name of the product written in large type across it.

Cadbury has a history of giving back to society and it wanted to do something to help tackle the issue of loneliness in older people in the UK. Studies find that 1.4 million older people struggle with loneliness and 225,000 often go a whole week without speaking to anyone. To draw awareness of the issue, and to help raise money for Age UK, VCCP persuaded Cadbury to ‘donate’ the words on the front of its Dairy Milk packaging to the older people who don’t speak to anyone all week. Special packs of Dairy Milk were released with a vast, blank purple space and only the glass-and-a-half of milk icon on it.

On the back of the pack, there was text explaining that Cadbury had donated its words to bring attention to the issue of loneliness in older people, and that 30p from every pack sold would go to Age UK. During the campaign’s run, Cadbury sold a million Wordless Bars, raising £300,000 for Age UK.