Walala, who recently painted a parade of shops in east London, got the idea to design a new Oxford Circus at the beginning of lockdown – when she says she was “struck by the silence of the streets” and “the sense of peace that had descended on London in the absence of the traffic”.

Together with her partner, creative producer Julia Jomaa, Walala started to imagine what London might look like in the future, and has just released a set of renders that show an entirely new kind of Oxford Street. The images, produced in partnership with OmniVisual, depict an area completely pedestrianised, punctuated by trees, plants and fountains, and painted in bright colours and stripes. 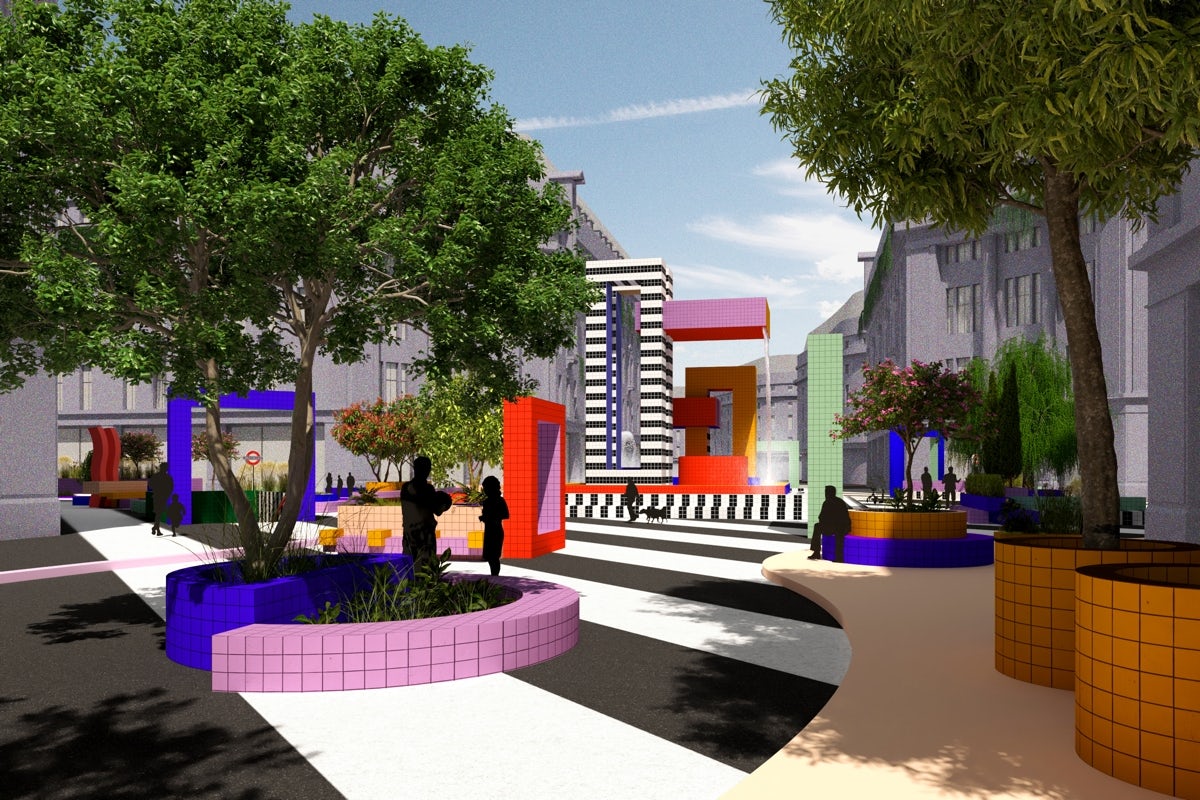 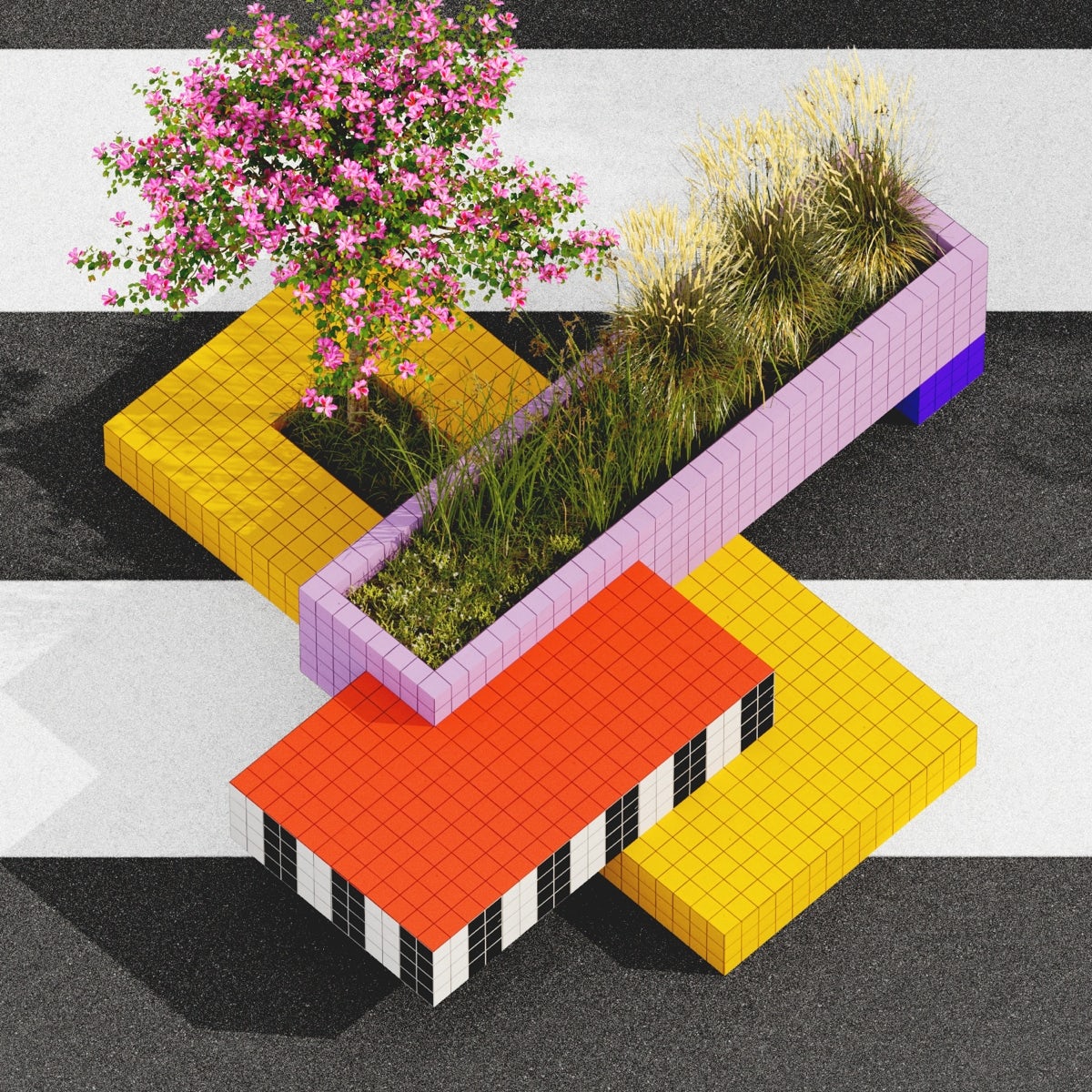 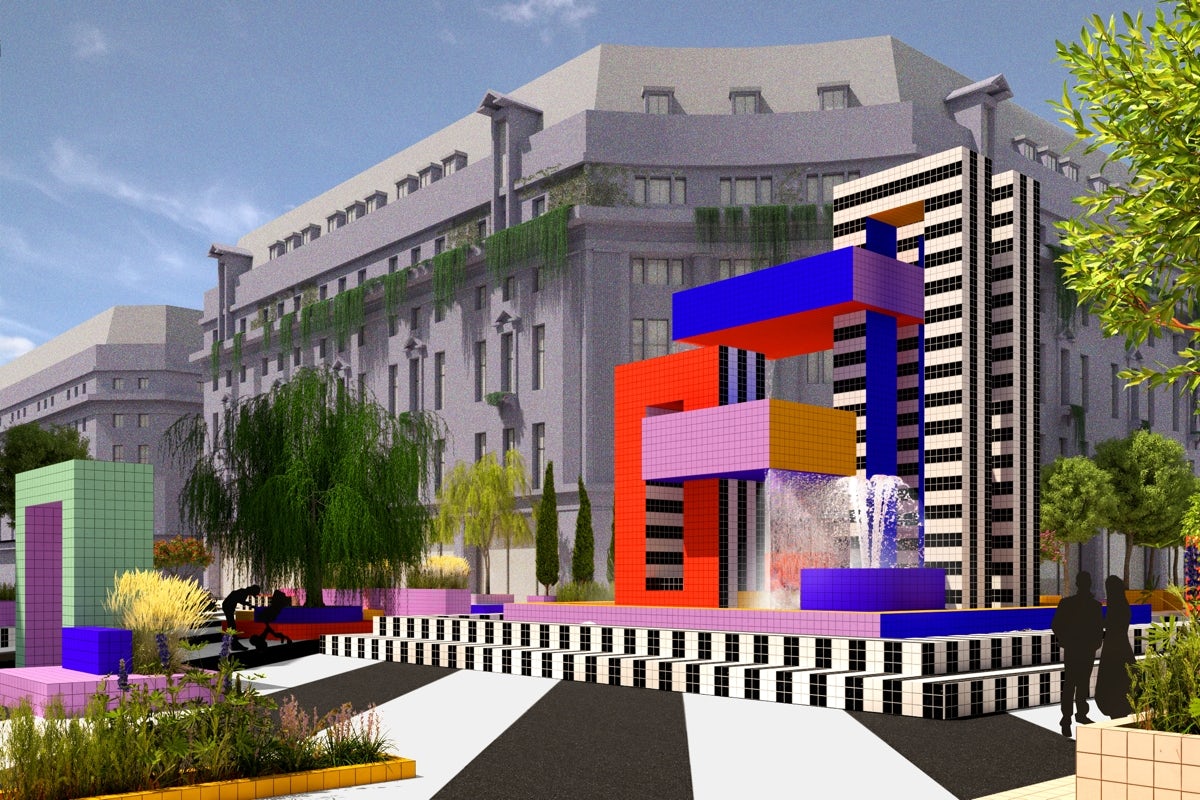 Rather than a heaving mass of shoppers, Walala’s Oxford Circus is filled with sculptural pieces, raised planters, and spots for people to stop and rest – all designed to create an environment that makes people happy, rather than stressed. It’s a radical change, but one that no longer feels removed from reality.

Cities around the world are using the downturn in traffic caused by Covid-19 to envision new ways for roads and pavements to operate, making more space for pedestrians and cyclists. And the opportunities for designers are huge, as CR wrote about in a recent piece arguing that creativity could save post-Covid cities. 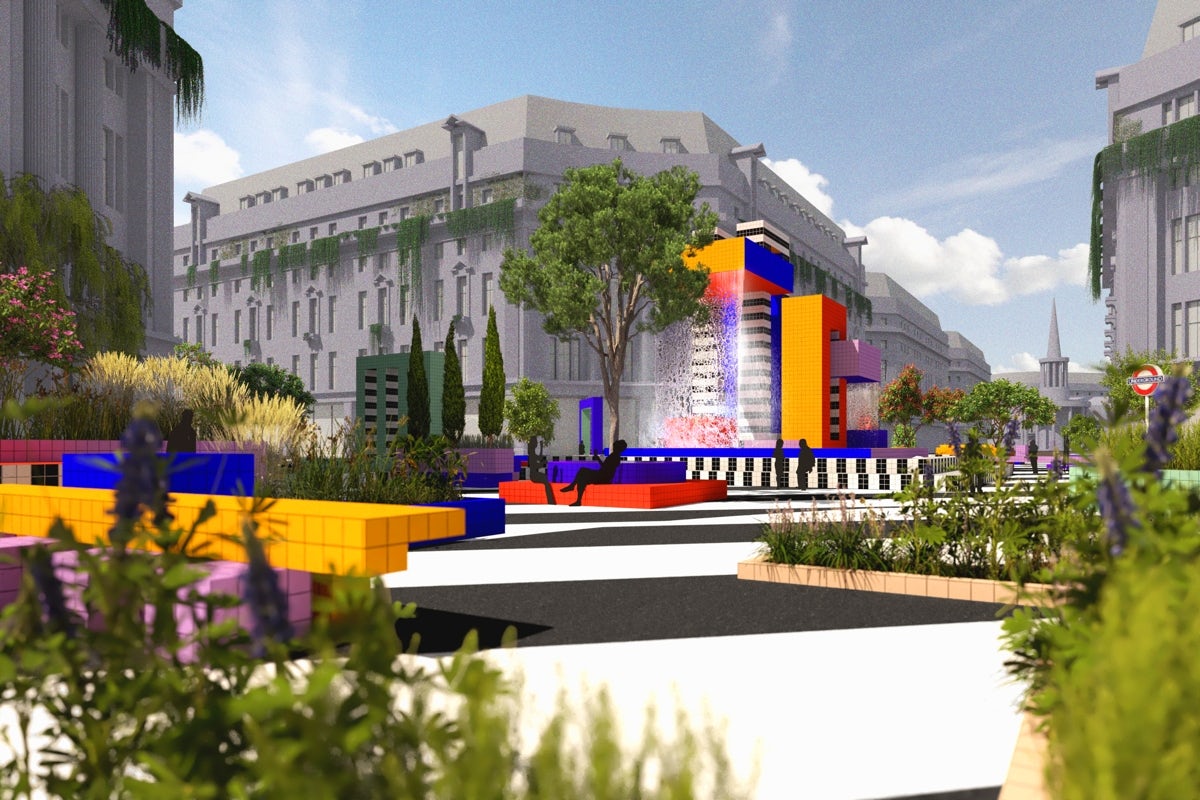 “This project is my what-if portrait of the city of tomorrow, and my own projection of what the London I love might one day look like,” says Walala, who’s been living in the capital for 23 years. “In times such as these, when the future is uncertain, strain on mental health is high, and many of us are facing tough challenges in our lives, I believe it’s crucial to hang on to what hope we can for the future, and to spread joy in the present.”