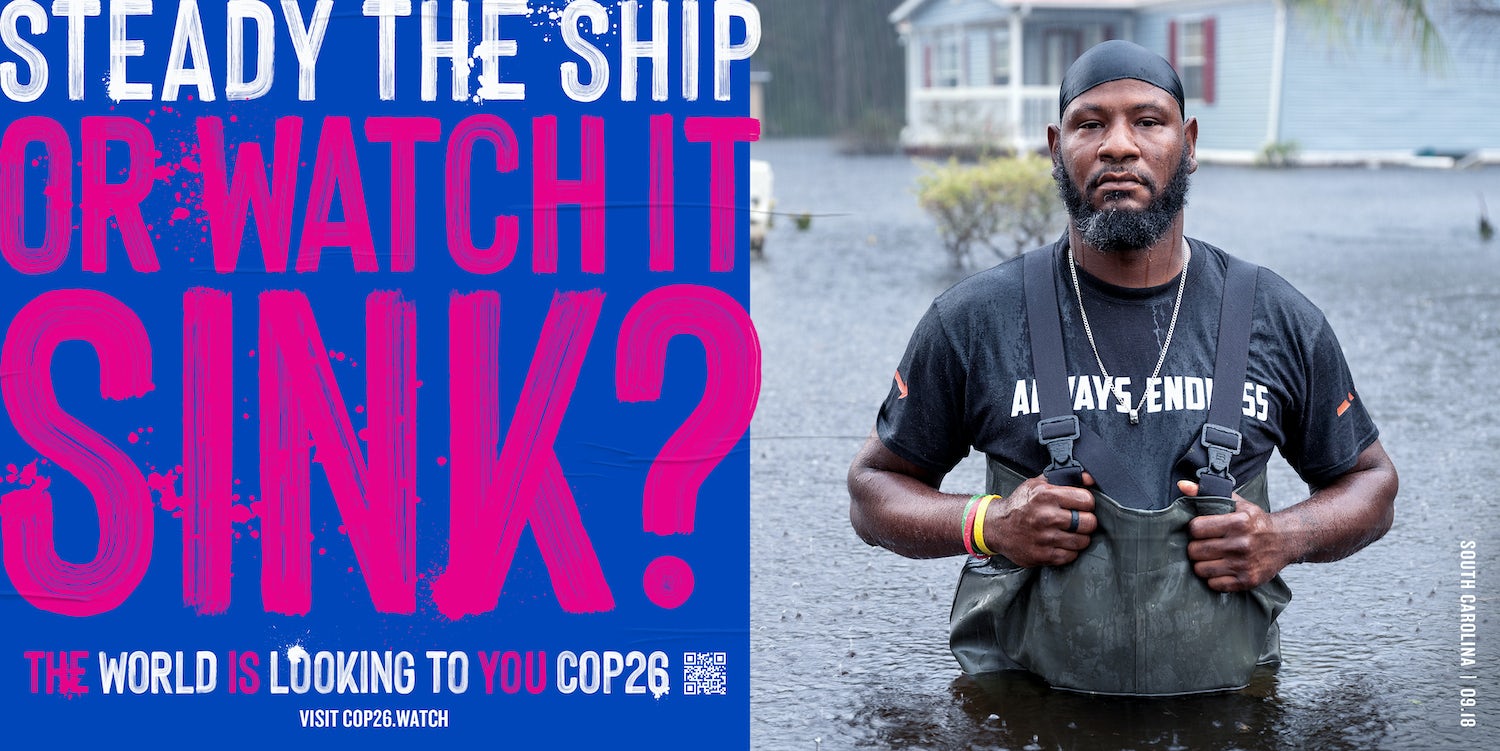 Created by Iris, the poster campaign will launch in major transport hubs around the UK in the run up to and during Cop26, with the intention of highlighting the realities of the climate crisis to delegates and business leaders travelling to the event, which begins next week.

The campaign pairs stark copy with photographs of individuals who have experienced disasters caused by climate change. These were captured by world-renowned photographers that were local at the time the events took place across the globe, and include imagery shot in Europe, Thailand and the US. Each portrait shows the participant starring directly out at the viewer. 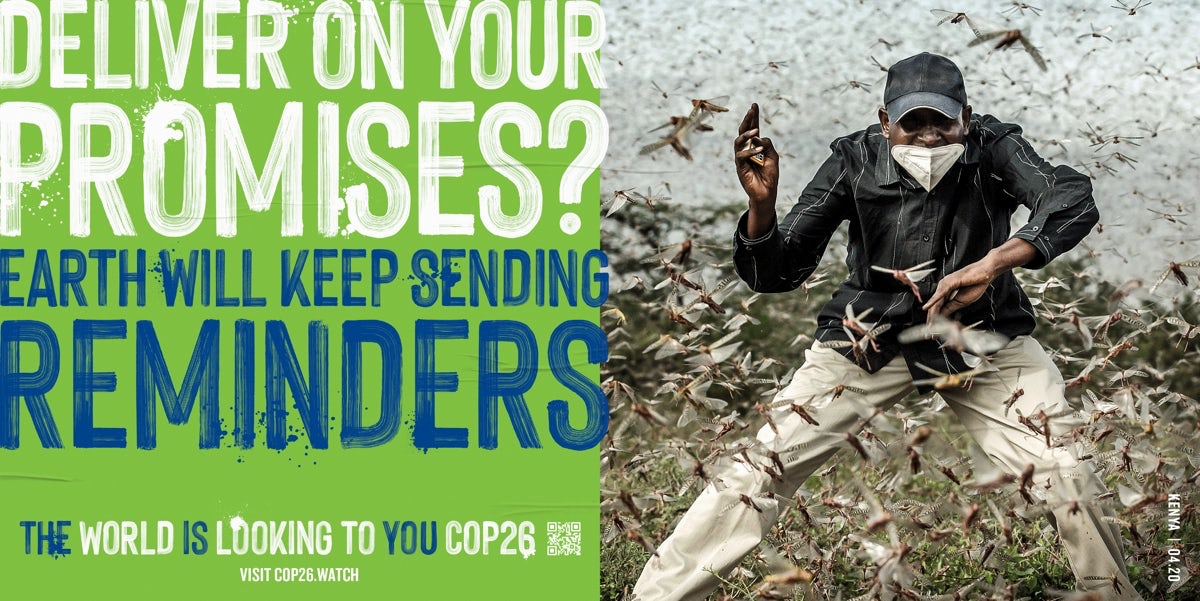 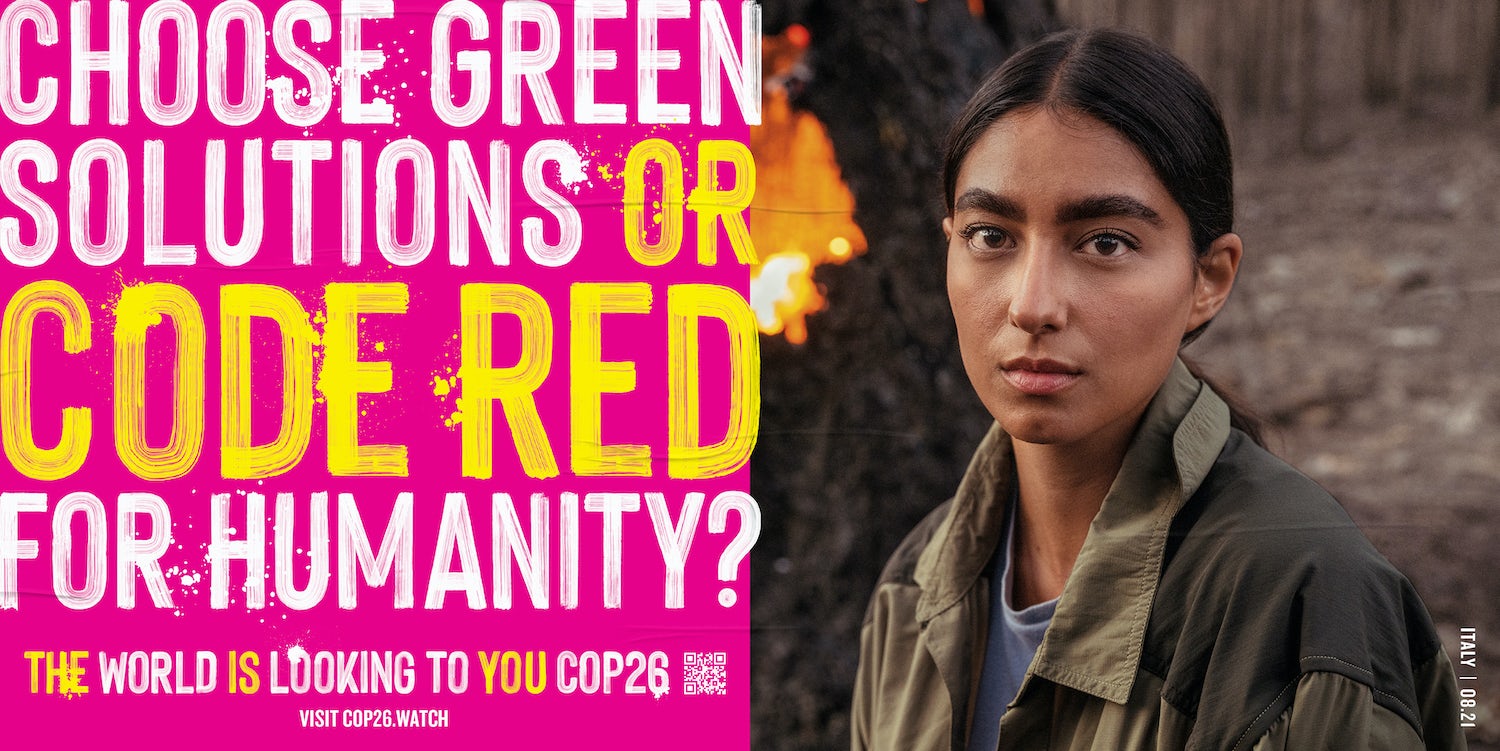 Iris intentionally chose not to fly any photographers to the emergency scenes, and worked with talent already in the affected regions. Included is imagery by Magnum photographer Steve McCurry from a waterfall in the Calabria region of Italy after horrific fires destroyed the surrounding forest this summer. Gideon Mendel captured shots of a civilian in front of his flooded community in South Carolina, in the aftermath of Hurricane Florence in 2018, while Luis Tato captured a chief of a Kenyan village, Henry Lenayasa, as he tries to scare away a swarm of locusts ravaging the local grazing area in 2020.

The agency also sourced archive photography from serious climate crisis events that have occurred over the past few years. As many of these images were the photographer’s personal studies, Iris worked to find local fixers to track down the subjects and secure their involvement in the campaign. Some of the photography is accompanied by QR codes that take the public to a microsite, where the wider stories of the images are told through videos and 360 panoramas.

The media space was secured by Quadrature Climate Foundation – a cohort of over 40 organisations united in the belief that Cop26 is a hugely important moment in the fight for climate justice.

“The world is looking to Cop26 for a reality check,” says Grant Hunter, global ECD at Iris. “There’s an alarming reality out there on the climate crisis frontline that urgently needs to be recognised. That front line is all around us, from Surrey to Bangkok to Florida, but those human stories can seem distant from the negotiations at Cop26. The powerful photography including the 360s, video and written accounts that we’ve commissioned for our campaign shine a light on those individual experiences to remind delegates that the world is expecting decisive action and leadership from them.” 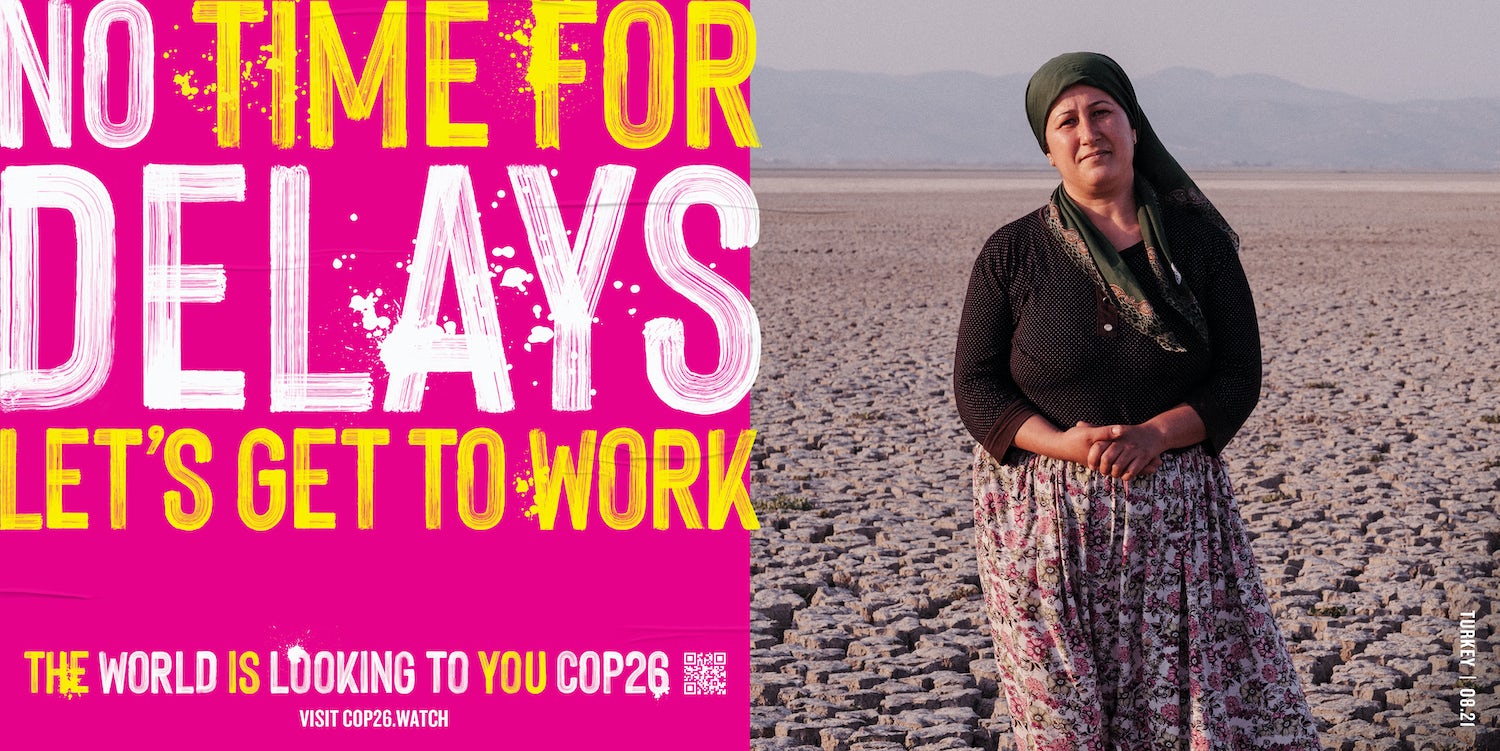 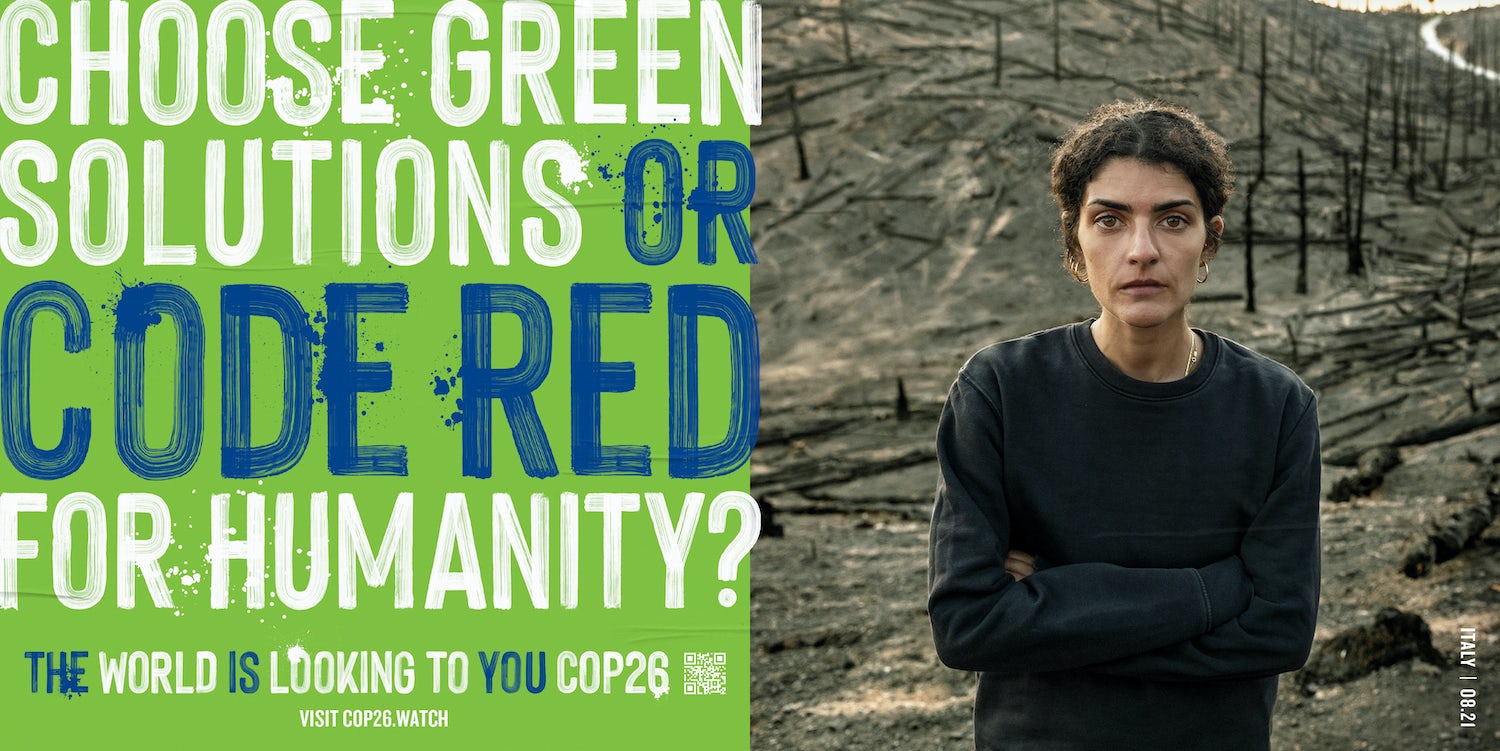 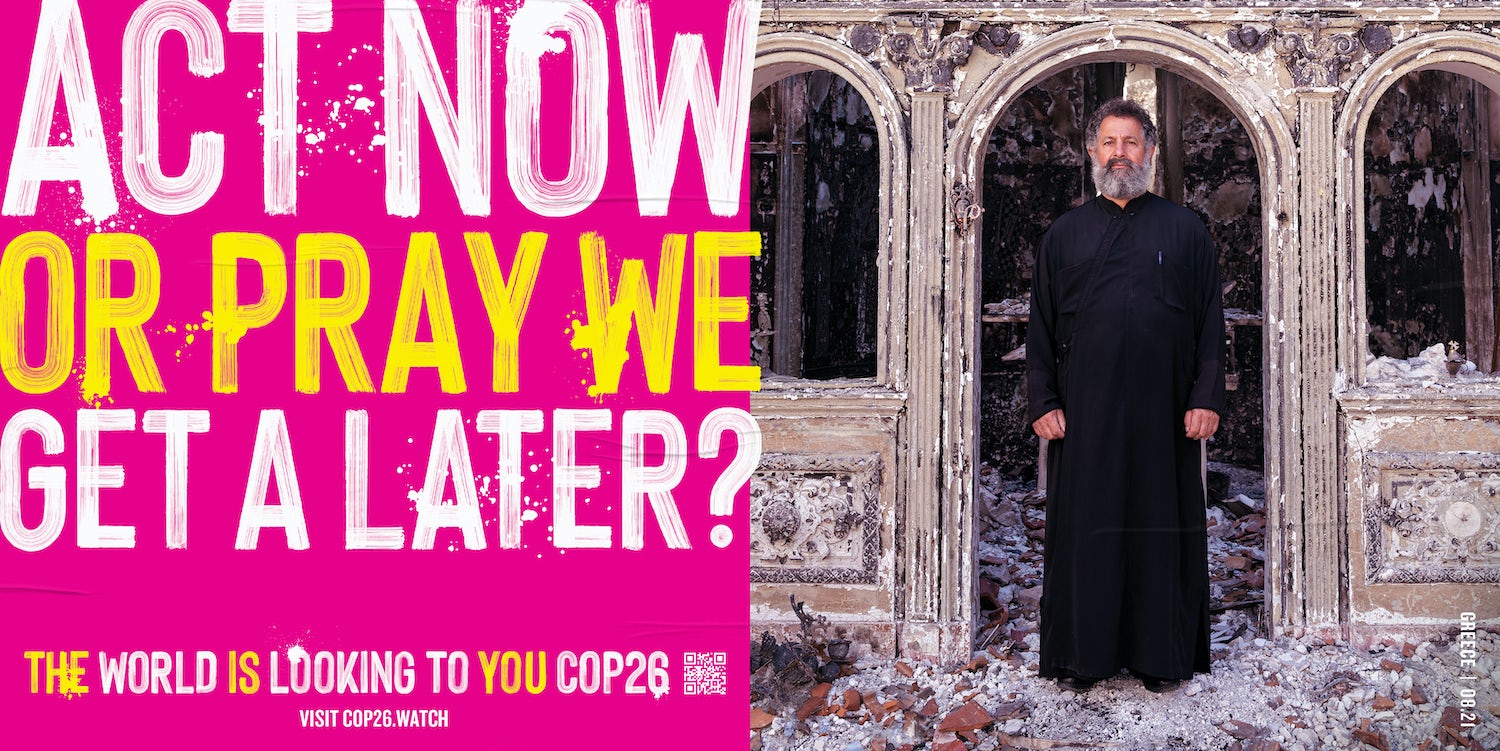