If you follow any marketers or advertising folk on LinkedIn, it cannot have escaped your attention that this week has seen the announcement of the Cannes Lions winners.

With the annual event cancelled last year due to the pandemic, this year’s awards are huge, encompassing two years of creative work. As Covid-19 is still causing havoc across Europe, the physical event in the south of France was once again cancelled for 2021 but this time the awards have gone ahead, with the winners revealed via a virtual event held over the week, which also featured industry analysis and the odd starry talk.

Nothing is going to make up for not being able to booze and schmooze in the sun, of course, but adland has made it clear just how much a Cannes Lions award means via an outpouring of joy by the winners across social media.

And there have been a lot of awards. Here we have gathered together only the Grand Prix winners, which by themselves amount to 35 campaigns awarded across 30 categories. With such a vast amount of winners of the top prizes, there is no space to acknowledge the additional golds, silvers and bronzes here, perhaps raising the question of whether such a bumper crop of Grand Prix gongs undervalues the other awards somewhat.

If you are after trends, the winners show an ongoing preference by jurors to award purpose-based work, with the Grand Prix list heavy in examples of brands doing work that aims to make a difference in society. This cuts across virtually every category type (bar maybe entertainment), but includes a wide variety of creative ideas.

The other obvious trend is just how sprawling the marketing industry – and therefore the spread of awards categories – has become. The list of winners paints a creative though somewhat confusing portrait of a sector trying to get to grips with the multitude of ways brands can communicate to consumers these days. It seems unlikely to get any simpler in the years to come.

Dive in below to view the winning work (Grand Prix winners of multiple categories are listed first, with the rest following):

A follow on from the #WombStories film, the #WombPainStories campaign collated stories of womb pain, specifically endometriosis, and featured a Pain Dictionary and a Pain Museum with artworks to help raise awareness and understanding.

Burger King attempted to turn Stevenage FC into the biggest club in the world via a set of challenges for footie fans.

Sixty million children in Pakistan do not have a birth certificate. With this campaign, mobile network Telenor created a SMS app that allows people to begin the process of claiming the official document. 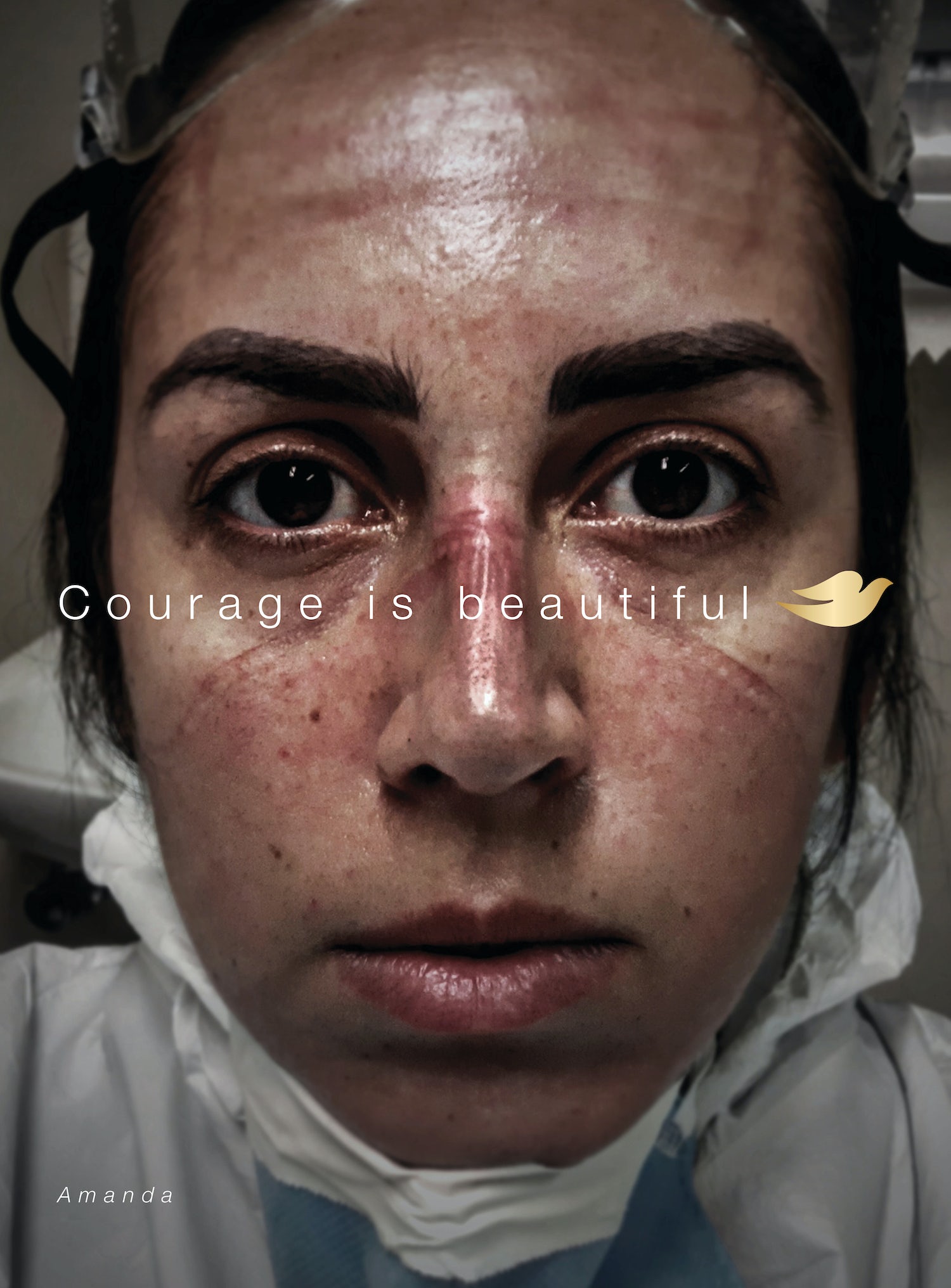 Sick Beats combines music with an airway clearance vest, used by kids with cystic fibrosis. The prototype vest is a redesigned version of Woojer’s consumer vest, but combines the actions of the vest with 40Hz songs on a Spotify playlist to make the therapy less unpleasant.

Mastercard offers trans people the option to use their chosen name on their credit card.

French supermarket Carrefour launches a programme to transform the way it works in order to offer healthier food for consumers that is also good for both farmers and the environment.

Warner Music Group teamed up with Apple Music to create a playlist of songs that feature patterns that can be beneficial for speech therapy.

When lockdown happened in the UK, The Big Issue teamed up with LinkedIn to help its vendors find the local business customers they used to see out on the streets on LinkedIn, and created a new digital community. In the process the vendors also received digital training.

ABInBev created a digital platform in Colombia to connect local neighbourhood stores (where 40% of Bavaria beer sales in the country take place) to customers during the Covid-19 crisis.

Nike’s ad campaign starring Colin Kaepernick became a cultural phenomenon in the US and beyond in 2018.

Cheetos Popcorn revisited MC Hammer’s classic hit in this ad that ran during the Super Bowl 2020.

H&M installed Looop, an in-store recycling system, in one of its Stockholm stores. The machine allowed customers to turn old garments into new ones.

Superunion in London created the name and branding identity for Notpla, an edible, biodegradable material made from plants and seaweed that can be used directly to replace pieces of single-use plastic.

In Love We Trust, created for the property firm Sinyi Realty, is a film addressing a fear of marriage and commitment among young Taiwanese couples. It generated millions of views and sparked debate and conversation in the country.

When Brazil Pride could not take place in 2020, ecommerce brand and Pride sponsor Mercado Livre turned the avenue where the parade usually takes place into an Instagram feed where people could tag themselves. The tags were then immortalised in a Gloria Groove music video.

To promote the new Glideride shoe, Asics created a run without a finish line on the Bonneville Salt Flats in Utah.

This campaign saw the Lapland town of Salla make a spoof bid to host the 2032 Summer Olympics, in order to raise awareness of the effects of climate change.

Lacoste’s ad is an epic tale of a couple engaged in an argument as their house also collapses around them.

A remarkable feat of editing, this ad from Nike was released at the height of the Covid-19 pandemic in 2020 and speaks to unity and survival in sport and in life.

GLASS: THE LION FOR CHANGE

I Am, Starbucks, Agency: VMLY&R Brazil

For Pride 2020, a Starbucks in São Paulo was transformed into a registry office where members of the trans community could change their name on official documents to the one they have chosen.

#StillSpeakingUp saw four journalists that had been murdered in Mexico reincarnated on Twitter, with the help of their friends and families, in order to raise awareness of threats to press freedom.

To raise awareness of outdated attitudes about hiring staff with disabilities, Beco – a toiletries brand with a workforce that is 80% visually impaired, disabled or disadvantaged – created this bold campaign encouraging other companies to steal its staff.

Degree Inclusive is the world’s first inclusive deodorant. It was co-created by a team of design experts, including occupational therapists, engineers, consultants, and people living with disabilities across the globe.

Boards of Change was a campaign to encourage Black Americans in Chicago to vote in the US Presidential election. Plywood boards which had been used to barricade shopfronts during the Black Lives Matter protests, featuring messages of justice and calls for change, were turned into booths where people were encouraged to register to vote. 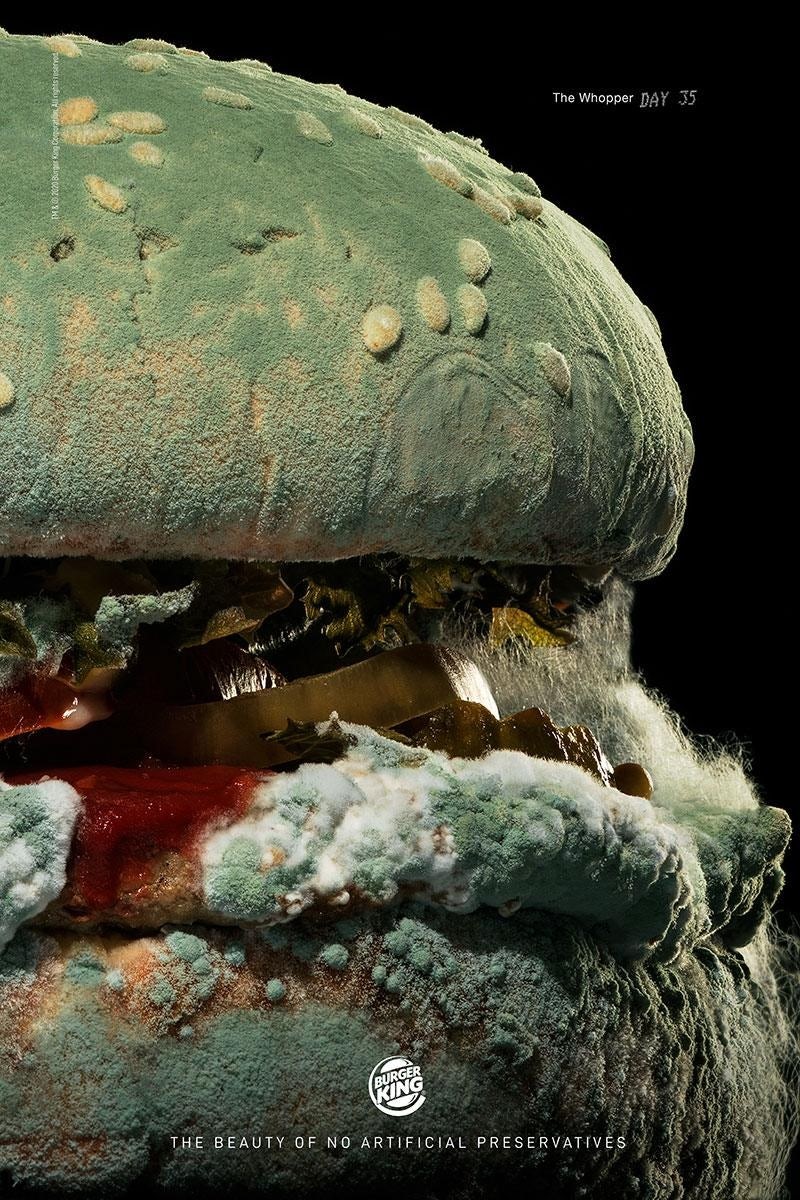 Burger King’s decaying burger picks up another in the slew of awards it has received since its launch in early 2020.

Heineken helps out local bars in Italy which have been shuttered during the pandemic by paying them to host ads on their closed shopfronts.

To encourage reluctant consumers to trust in electric cars, Renault turned a small village in France entirely electric to prove how well they work.

Contract for Change is a commitment from ABInBev and Michelob Ultra Pure Gold to encourage farmers to switch to organic.

This campaign was developed to help subtly teach women how to check their breasts.

At five seconds long, this lo-fi Super Bowl ad for Reddit cost the brand’s entire marketing budget and relied on viewers pausing to read it in full.

The 2030 Calculator was launched by Swedish fintech startup Doconomy to help brands and suppliers better understand the carbon footprint of the products and materials they produce and share this information with consumers.