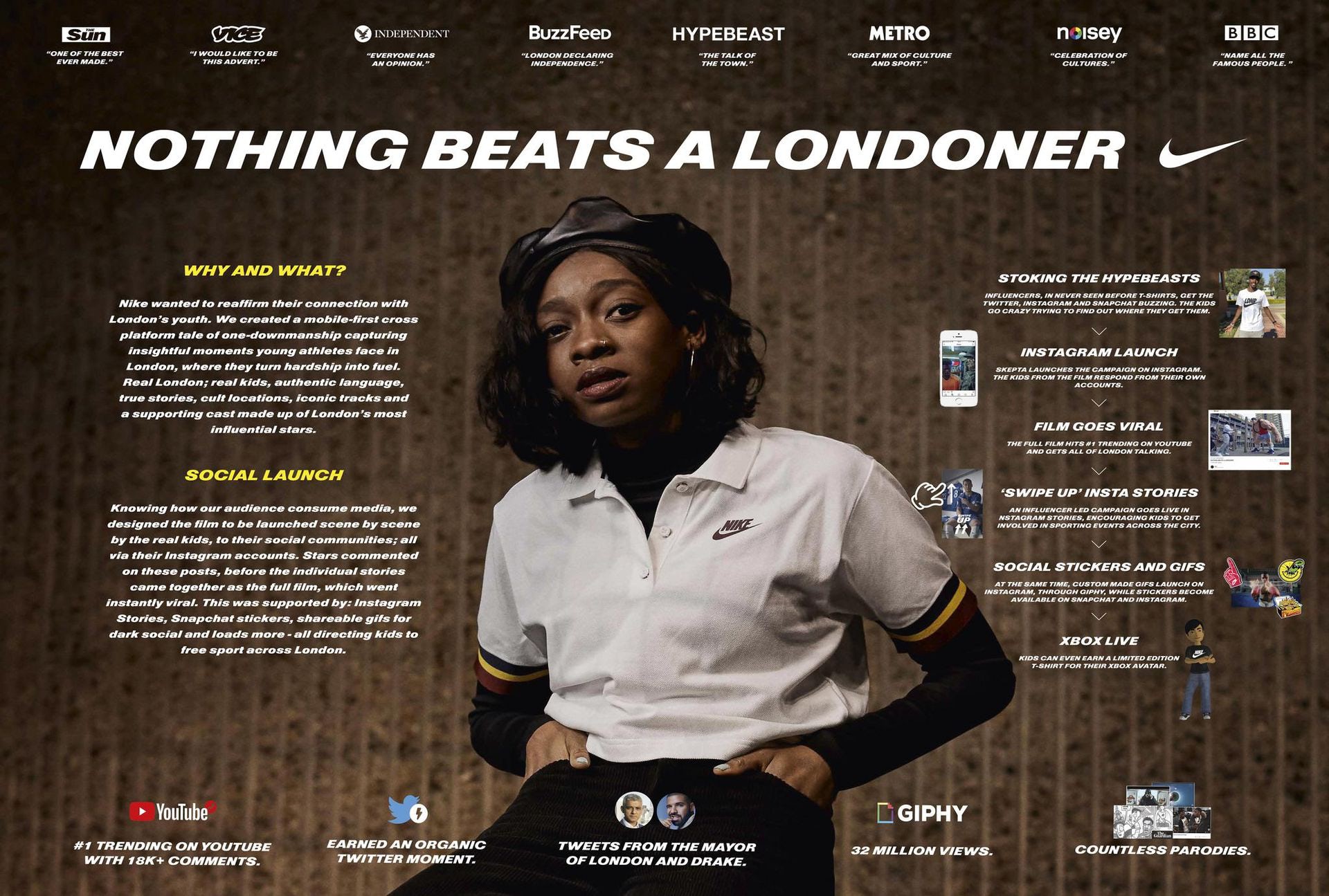 Nike’s Nothing Beats a Londoner (which we reviewed here) won the Grand Prix in the Social & Influencer category after surprisingly failing to make much an impression in the Film Craft categories. To support the central film, in which a variety of athletes (both established and upcoming) and musicians related the struggles of succeeding in the capital, agency Wieden+Kennedy London made wide use of social channels. On the day schools broke for half-term, grime star Skepta posted the opening scene of the film on Instagram. Once the film was up on YouTube, it was boosted by a variety of ‘influencer’-led ‘swipe up’ Instagram Stories, bespoke GIFs in Giphy and Snapchat stickers, all designed to reach and engage with the youth in London.

Also winning Gold was Adam&EveDDB’s FIFA 18 More Than a Game in which the agency created and hid a new skill move called ‘El Tornado’ in the game, then challenged gamers to find it.

In Creative Data, Rothco (Accenture) completed a remarkable run of award-wins for its JFK Unsilenced project (which had already won a Gold, three silvers and two Bronzes in other Cannes categories) with a Grand Prix. Created for The Times, the campaign used recordings of JFK’s speeches to recreate the speech he would have made in Dallas had he not been assassinated.

In a generally underwhelming selection, the Product Design Grand Prix went to Ogilvy Colombia for its work with King, a startup that supplies prepaid sola energy kits to communities that have no access to mains electricity. 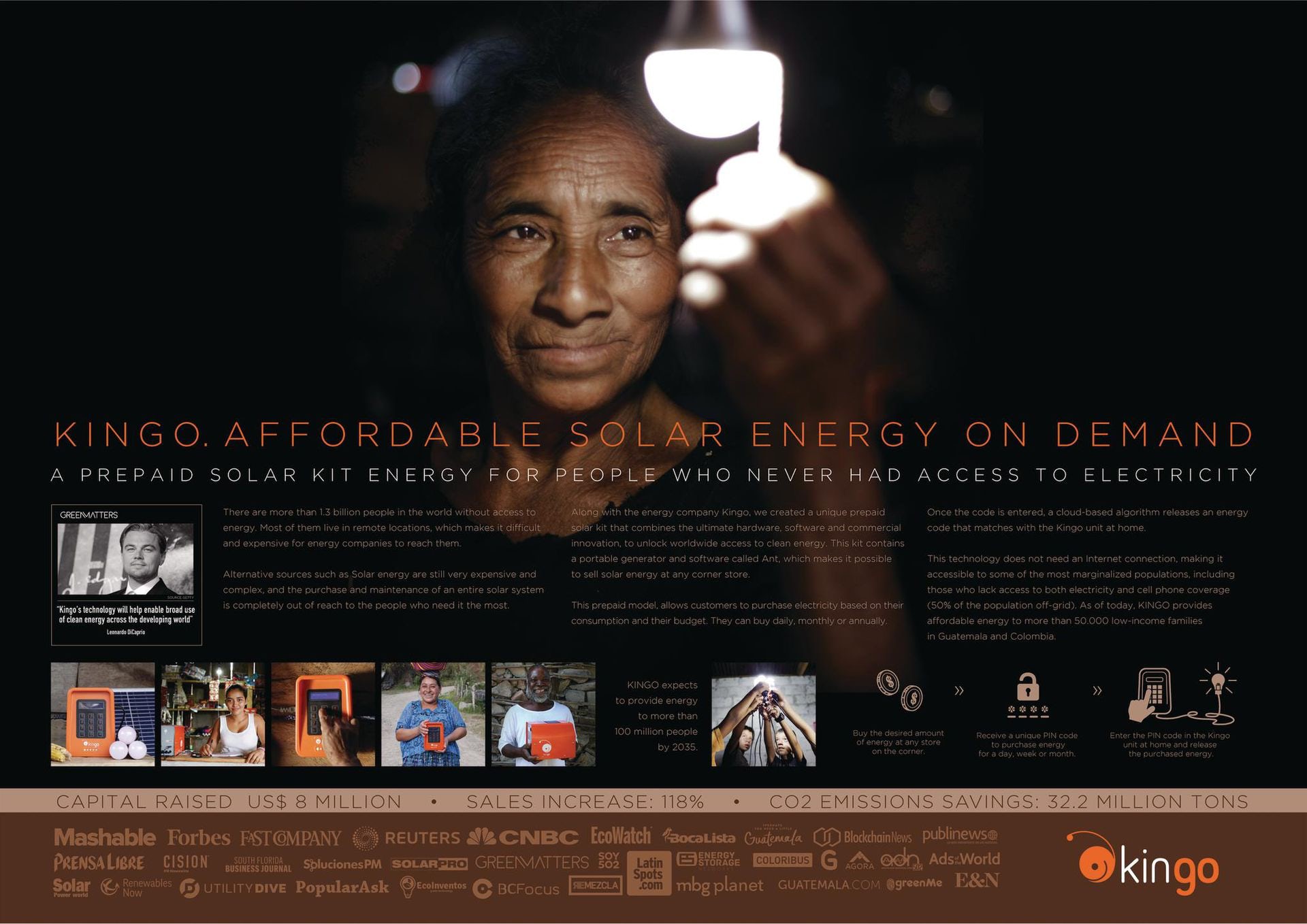 The Innovation Grand Prix went to another Colombian project, MY LINE Powered by Google by Mullenlowe SSP3 Bogota, a landline telephone number that people without an internet connection can use to access Google Assistant and get answers to their questions. MY LINE also won Gold in Mobile (which we reported on here).