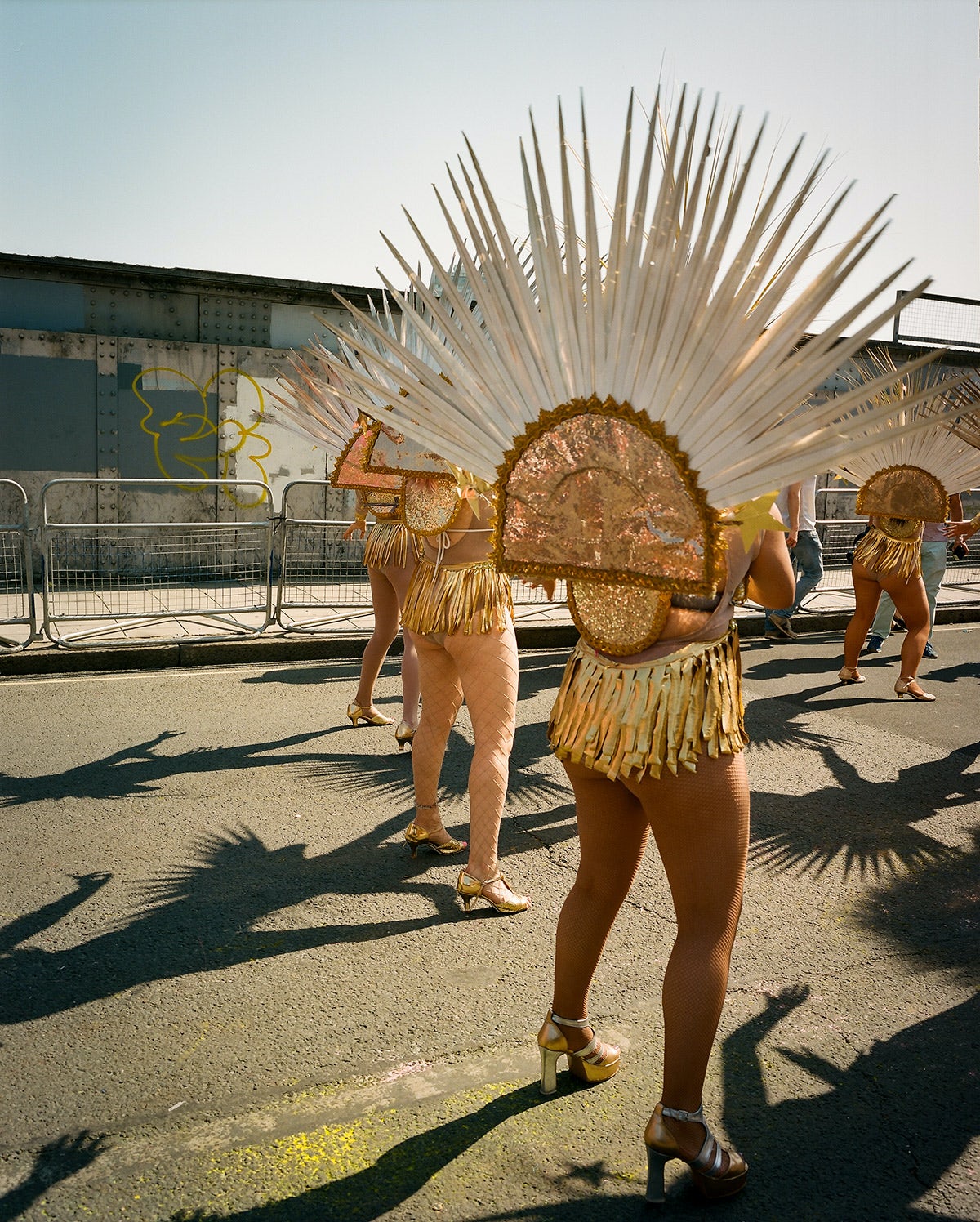 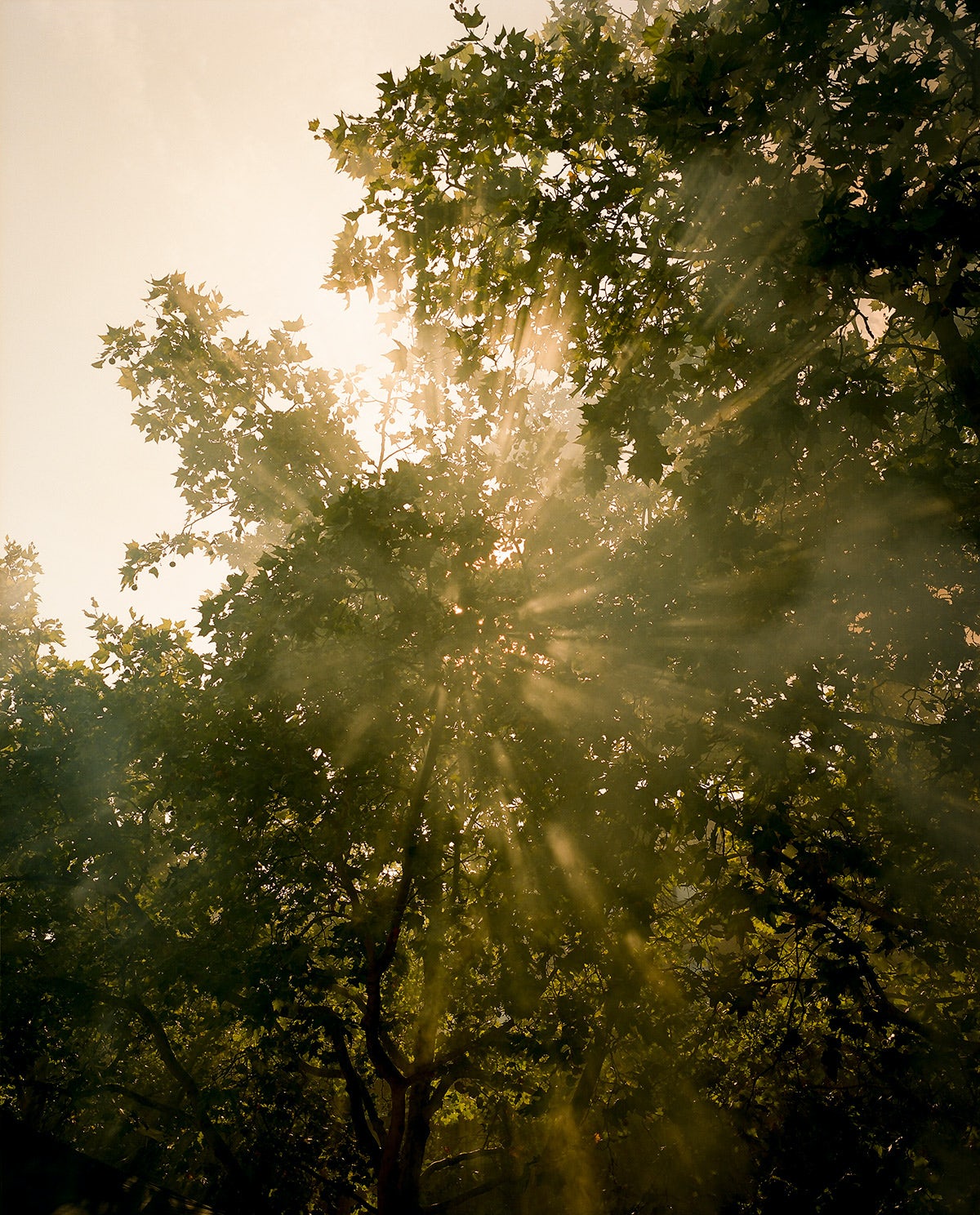 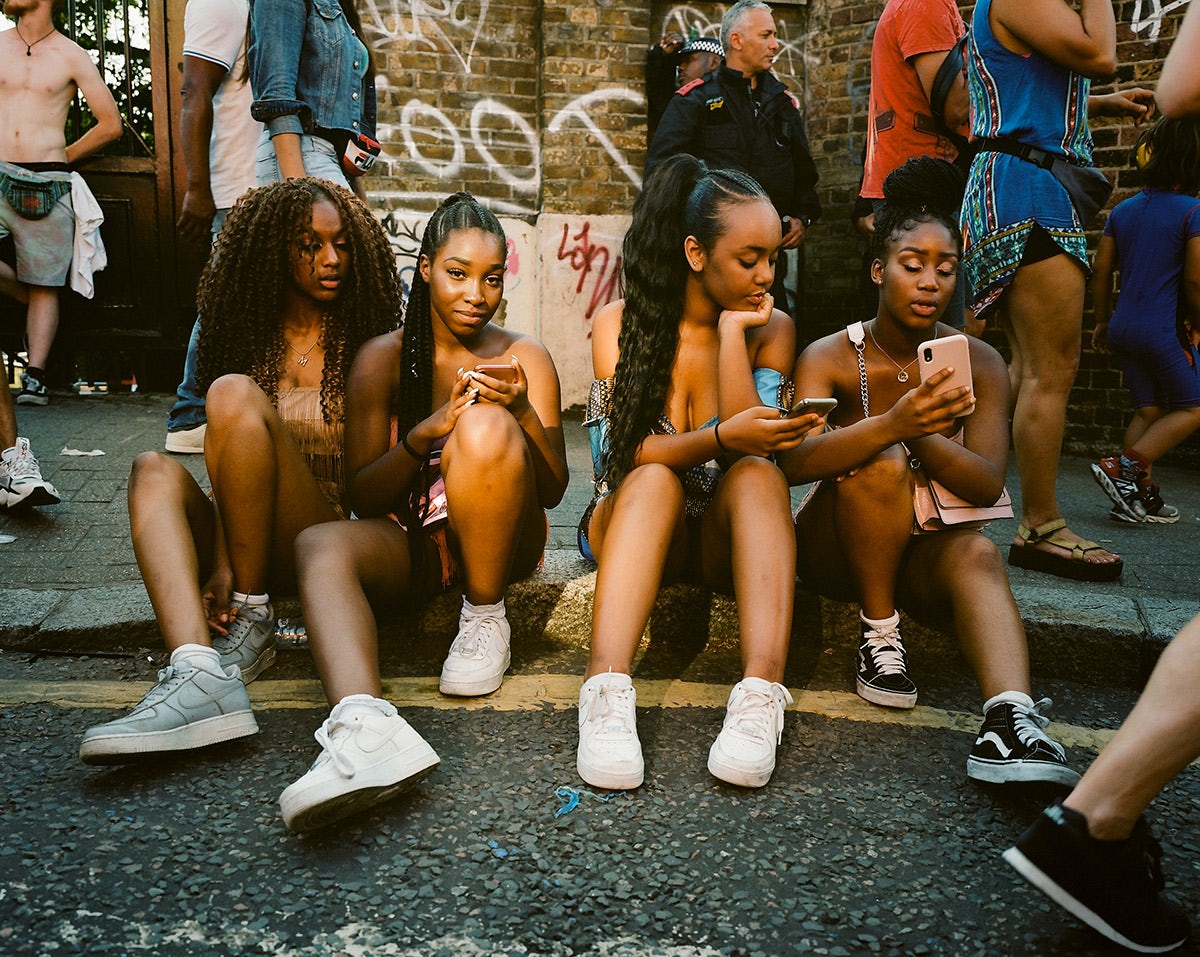 Alice Zoo was commissioned by Liane Radel at New York Magazine’s The Cut to photograph London’s Notting Hill Carnival. In the series of images she deliberately wanted to get away from the typical imagery that we tend to see of the carnival. “There is a certain visual language used to cover the event every year that has become familiar: low angle shots of attendees caught mid-dance move, whirls of masquerade feathers, jovial policemen, and dizzying crowd shots,” says Zoo.

“I decided to approach image-making during the weekend from a different perspective. I focused on finding moments of intimacy within the commotion, directness with my subjects, and a tone that emphasised sensuality rather than overwhelming scale. My hope was to get close, and to produce a unique view on this beloved and much-covered event.”