The fact that Brazilian photographer Cássio Vasconcellos began his aerial photography series Coletivos (Collectives) over ten years ago is an indication of the painstaking, time-consuming process behind his detailed images.

Vasconcellos repeatedly photographs elements of everyday life and gathers them into dense scenes that at times feel suffocating, especially now as the world grapples with an intense bout of crowd aversion. Windows are arranged into a tableau resembling TV static, roads are mapped out like tangled yarn, and in one particularly claustrophobic image, a vast stream of people fills the frame with no beginning or end in sight.

Vasconcellos takes all of the photographs from a helicopter, adding them to an already hefty bank of imagery on a broad range of subjects. “It takes several months for each work to be done, as it is necessary to cut hundreds or thousands of photographs on the computer, adjust the proportions and light of each one,” he tells us. 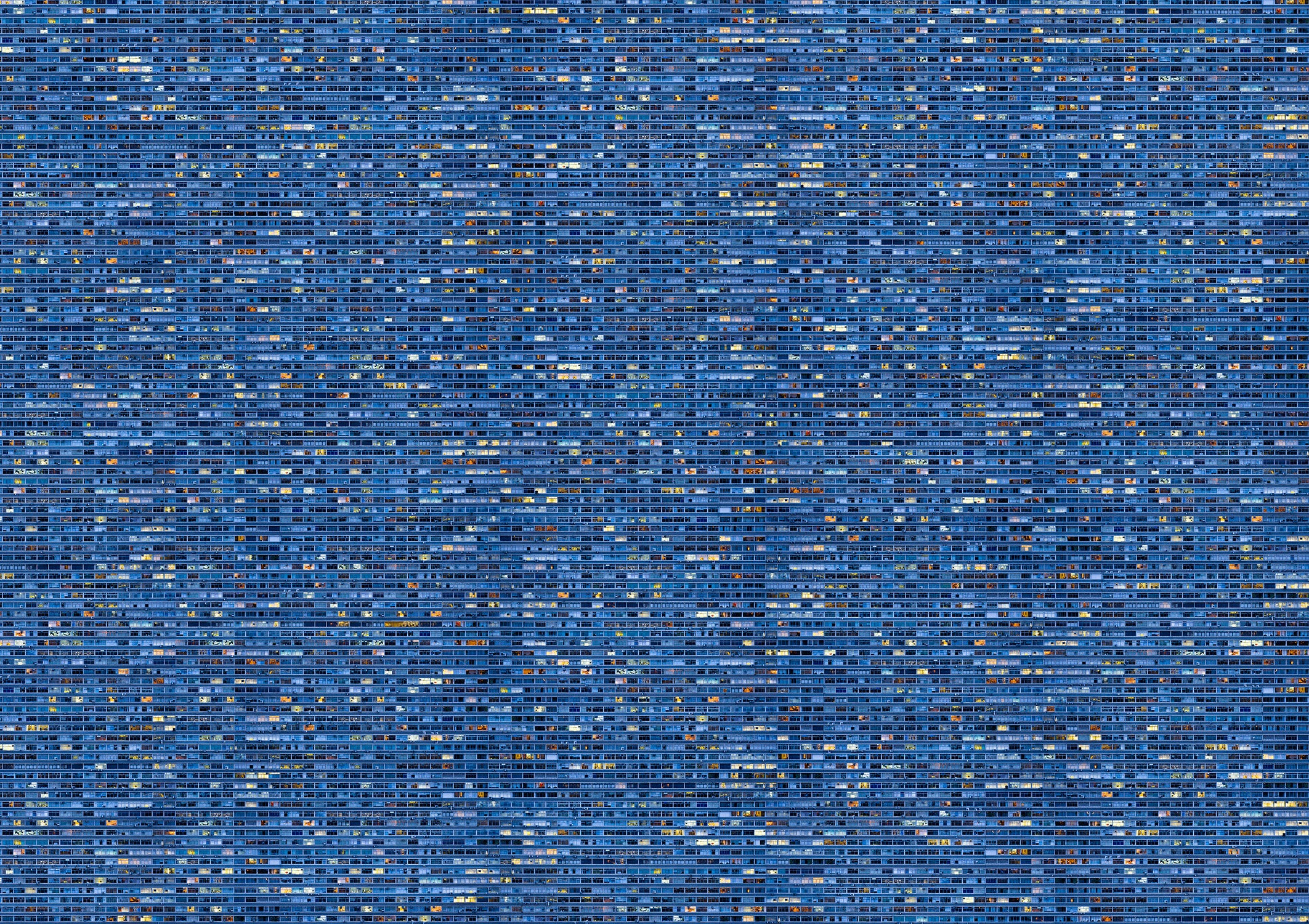 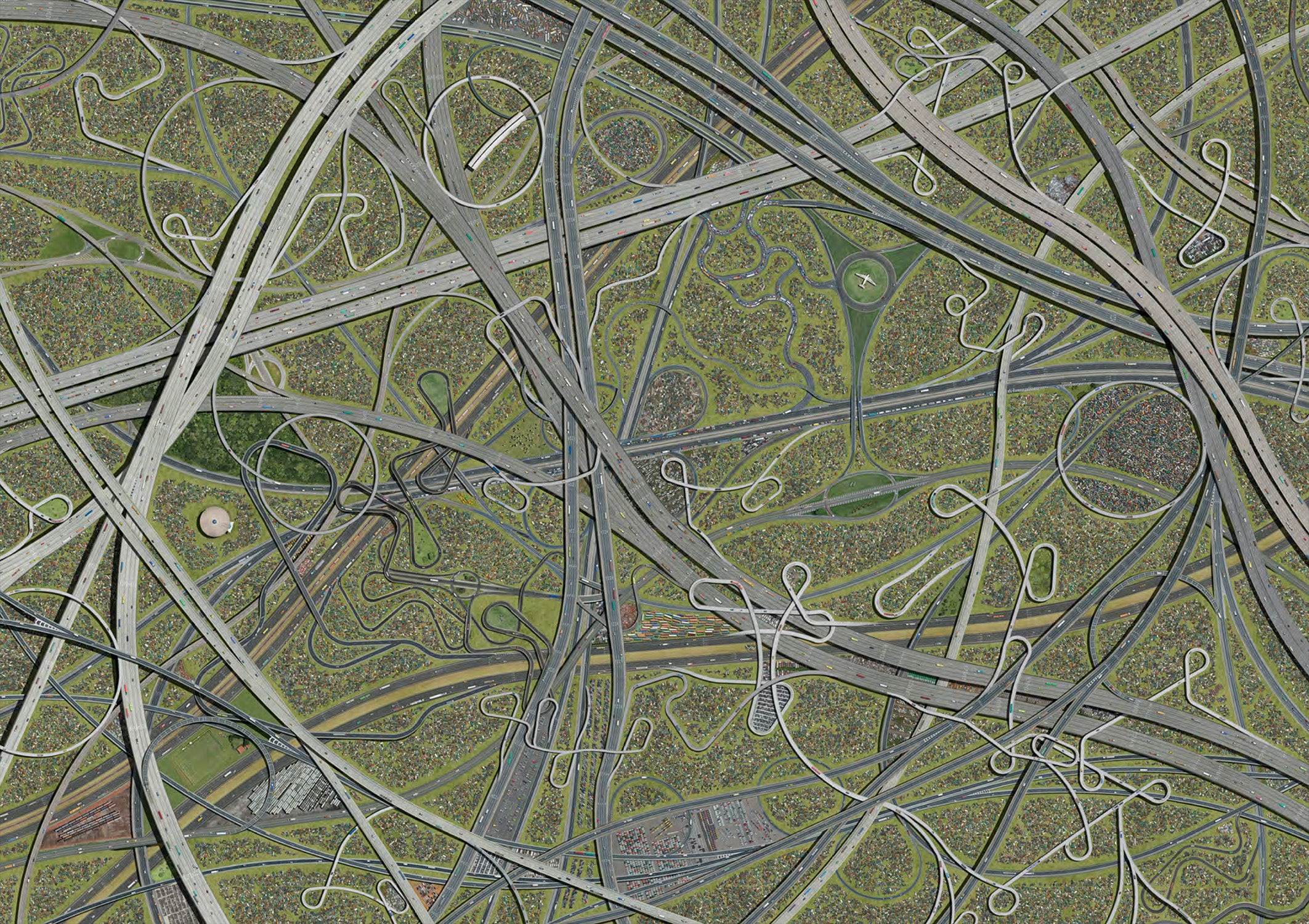 For example, his image Airport (shown top) took a year to complete, including the task of flying over different airports to capture the initial photographs, followed by roughly 800 hours of editing on the computer.

Aside from the obvious technical complexity and the amount of time spent on these images, Vasconcellos believes the biggest challenge involved is bringing all of the photographs together and building a landscape that is in some way convincing to the viewer.

Started in 2008, the series was conceived as a reflection on the impact of humans on the world, examining “our footprint on the plant” and the sheer volume of objects, materials and space we consume – not to mention the waste left behind. 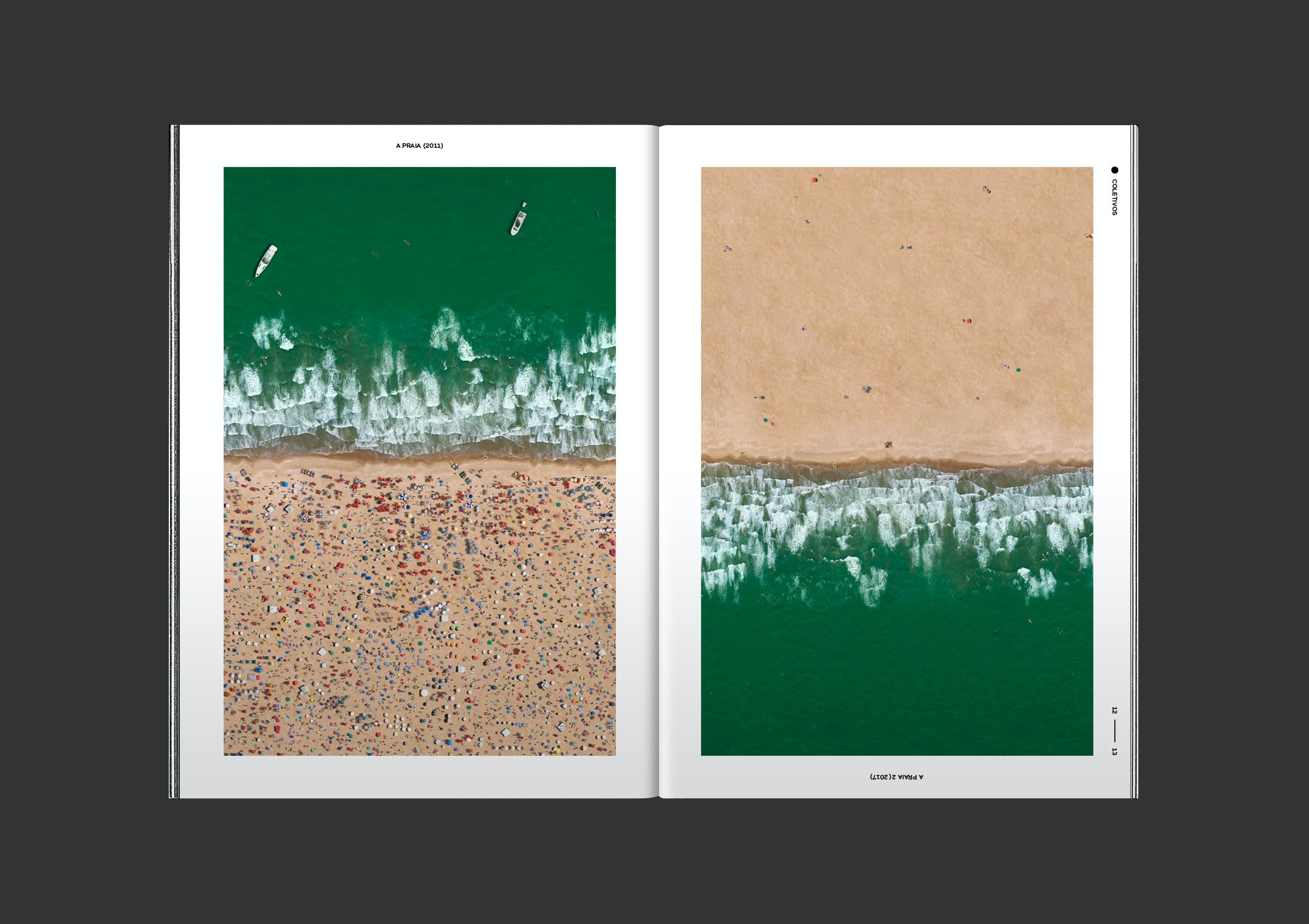 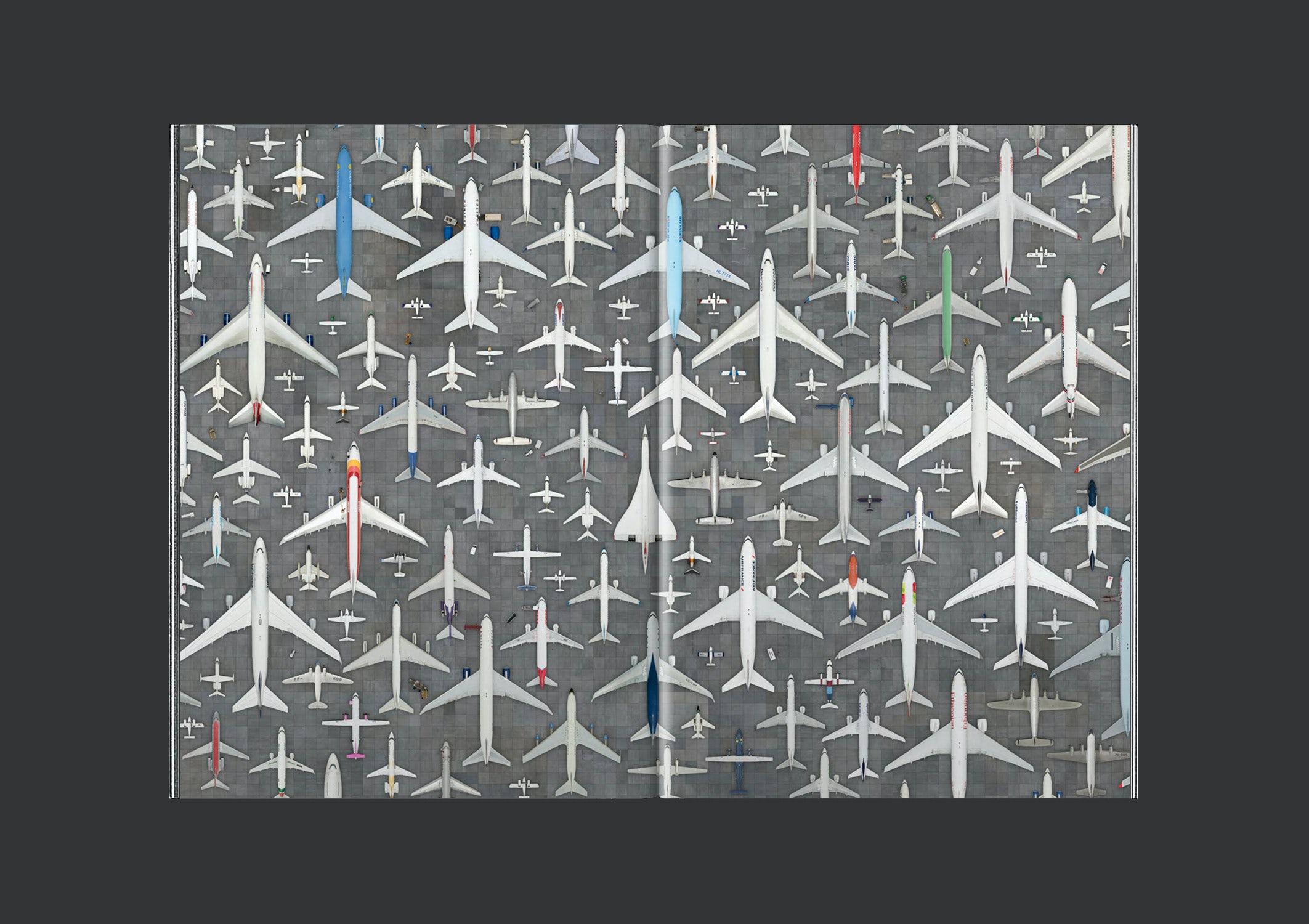 Vasconcellos’ aim has been to construct an imaginary landscape that paints a portrait to symbolise our era, however the images take on a new significance in our present times.

“Seeing these images now during the pandemic, we see how difficult it is for us to live with a personal distance,” he says. “This is not part of our history, we like to get together and live with other people, and the paradox is that our way of life, with a great impact on the environment, is a factor that increased the chances of all this happening.” He finds his images of aeroplanes particularly profound, since they are often what connects us to people around the world, yet their role in spreading the virus internationally has left countries more detached from each other than ever.

In light of this new-found meaning, the Coletivos series has been published in a photo book of the same name, as one of the eight-part Quarantena Books series. The books have been devised in response to the global pandemic, and each one involves pairing a photographer and designer for a special collaboration. 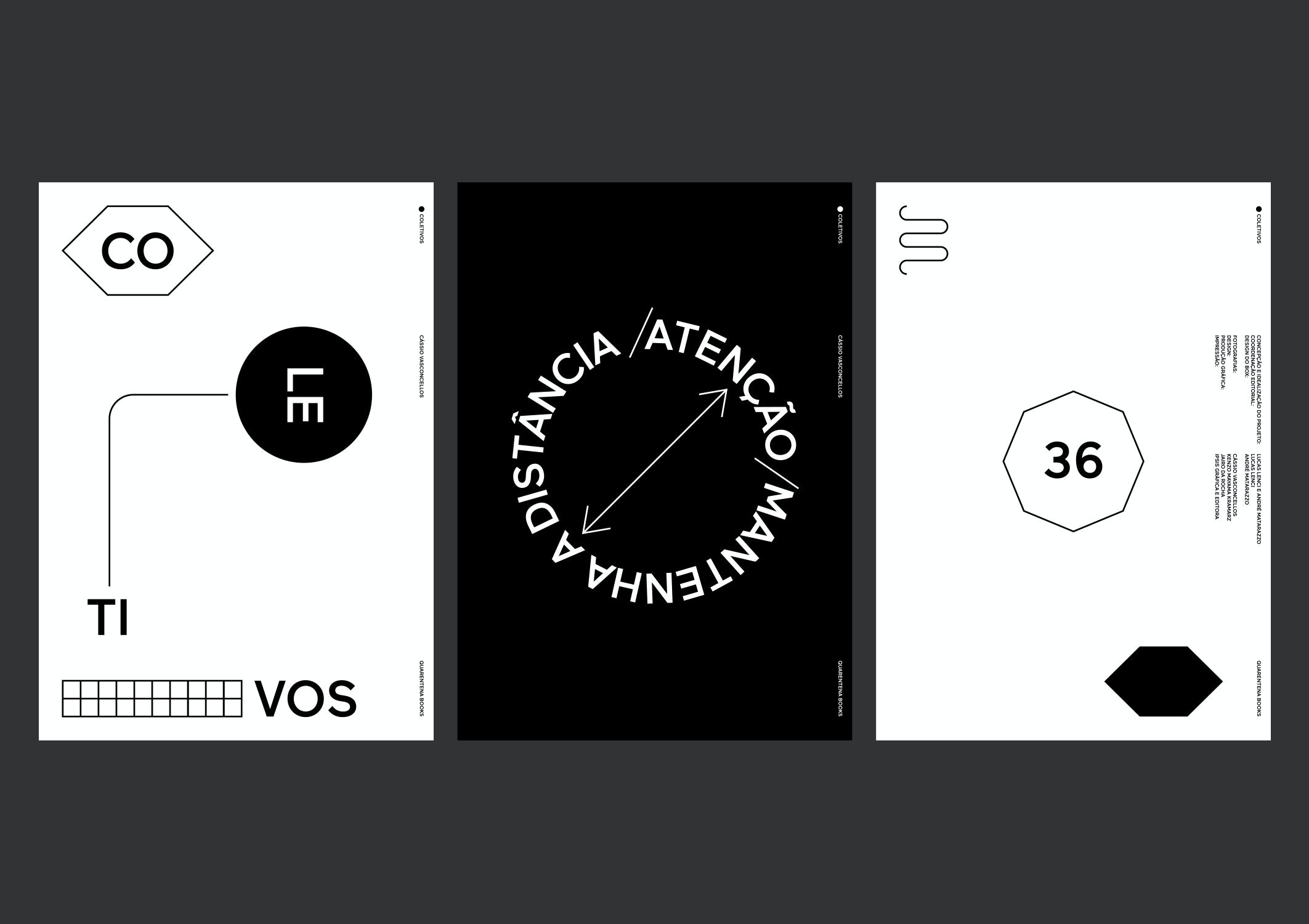 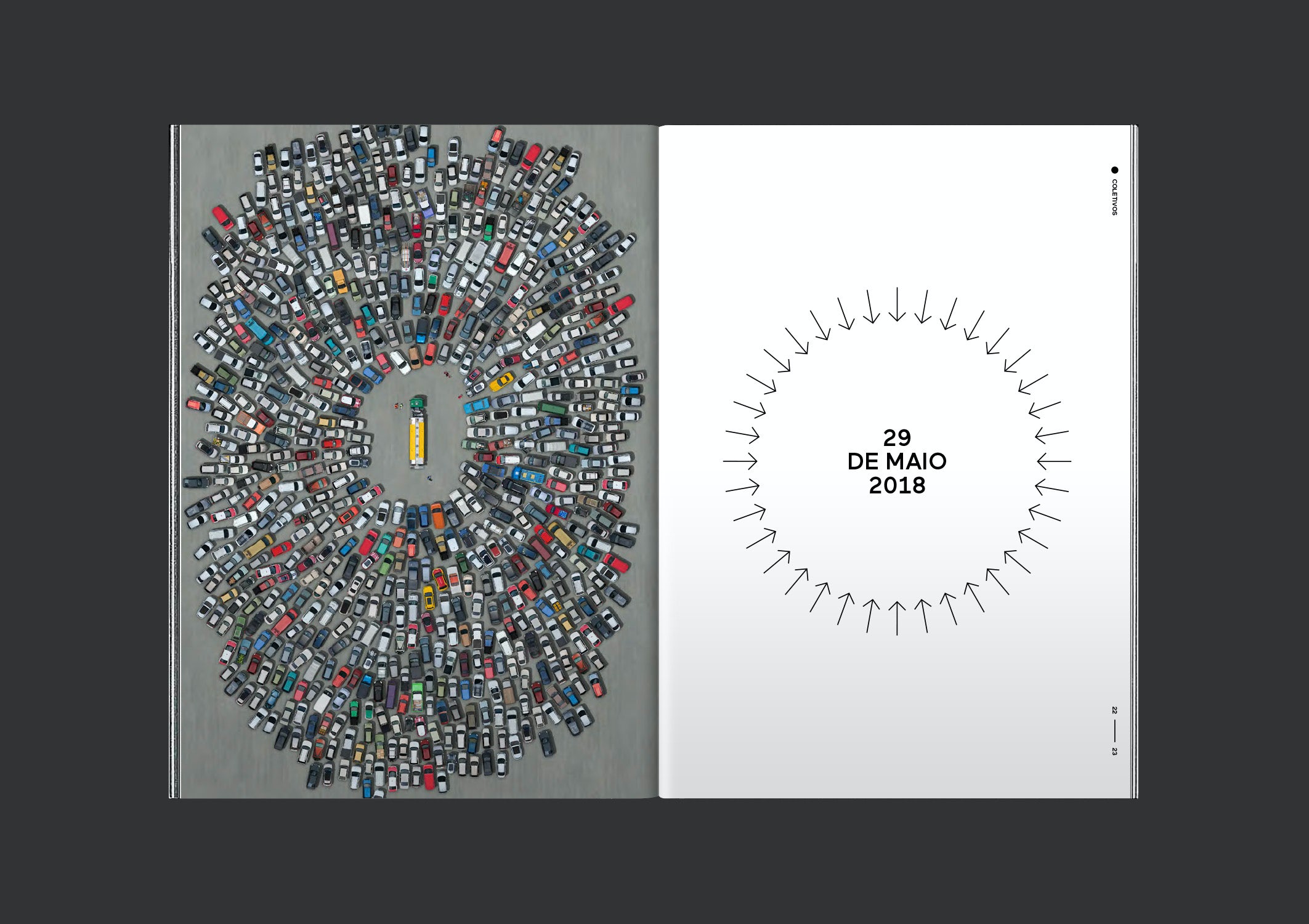 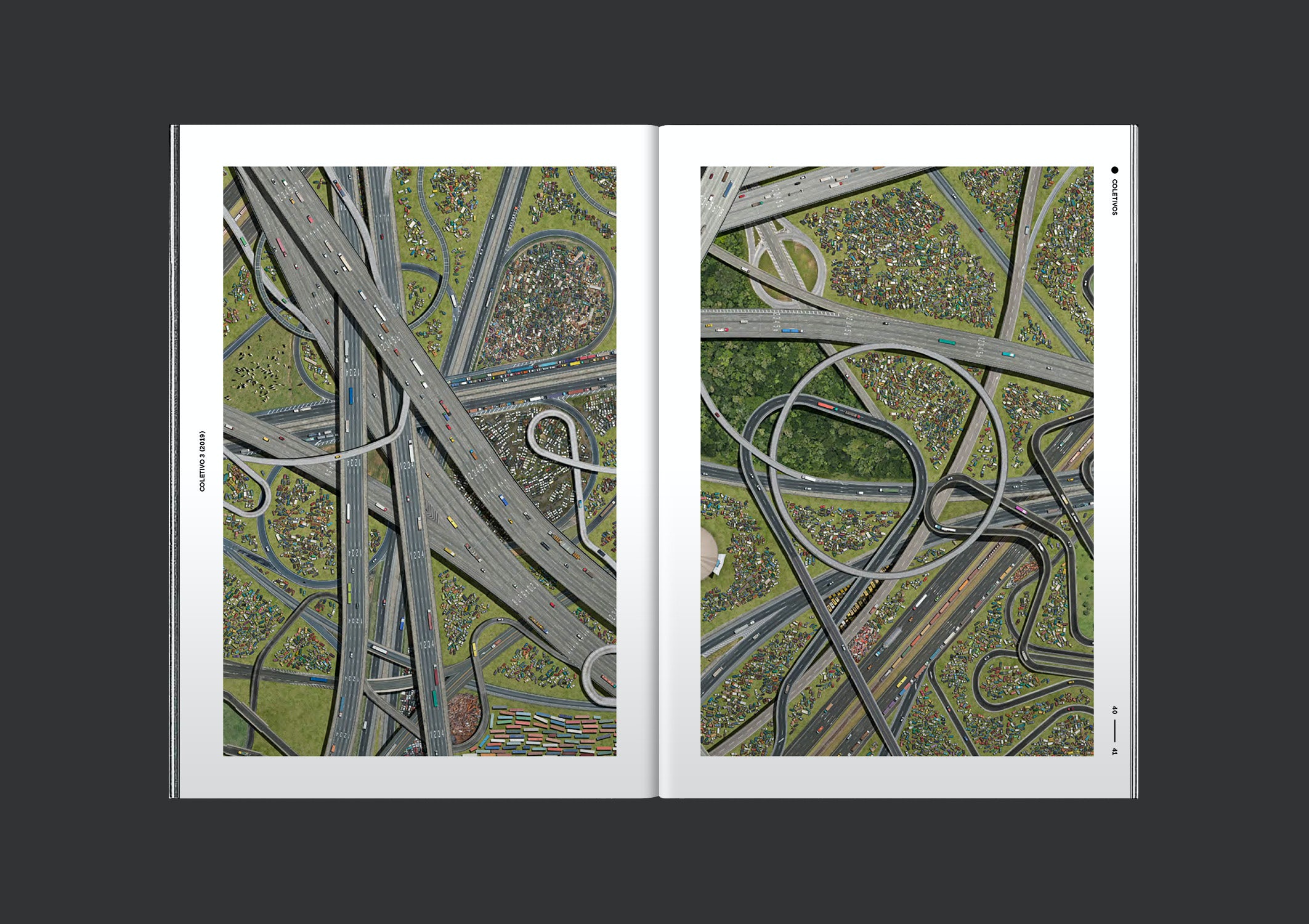 The Coletivos book was a collaboration between Vasconcellos and Kenzo Mayama Kramarz, a designer and co-founder of London-based design studio Make. Kramarz aimed to examine the idea of space during the pandemic through the editorial design, namely by adding “a layer of graphic interventions that bring ‘distancing’ into the equation, and what it means in relation to our awareness in engaging with each other as well as with the world around us”.

Proceeds from sales of the books will be going to Projeto Rizoma, a charity supporting people who are most vulnerable during Covid-19 in Brazil.