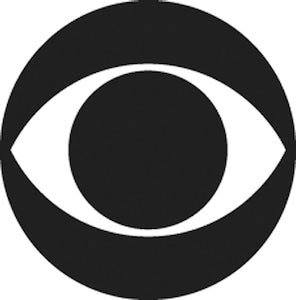 On Saturday October 20, 1951, CBS Television unveiled its new logo in station breaks voiced by a range of the channel’s stars. Jack Benny, Frank Sinatra, George Burns and Gracie Allen each intoned that the viewer “keep your eye on this eye”. The new symbol epitomised clean, modern design but the inspiration for its creation harked back to the superstitions of 19th-century America.

The CBS eye was designed by William Golden, creative director of the broadcaster’s Advertising and Sales Promotion Department. CBS president, Frank Stanton had declared that the incumbent CBS logo simply wasn’t stylish enough, so commissioned Golden with the task of creating something new. According to designer Lou Dorfsman (who succeeded Golden at CBS) the creative director’s thinking was directly influenced by the ‘all-seeing eye’ Hex symbols painted on the Shaker barns of Pennsylvania Dutch Country. One eye device from 1850, that Golden had seen in a Portfolio magazine feature on Shaker art, proved particularly resonant.

Using the Shaker design as a starting point, the new symbol was drawn up by graphic artist Kurt Weihs. Golden took the eye drawing and two other proposals to CBS management; neither of which were received with much enthusiasm, Golden reported, but Stanton liked the eye device. Originally the logo was conceived to work in motion and appeared in an animated sequence of several concentric eyes. The camera dollied in to reveal the eye’s pupil as a shutter, which then clicked open to show the words ‘CBS Television Network’. Soon after, the symbol was simplified as a static device, the text and clouds that had acted as a background were removed, and the eye was transferred onto cameras, curtains, company buildings, even matchboxes and ashtrays. 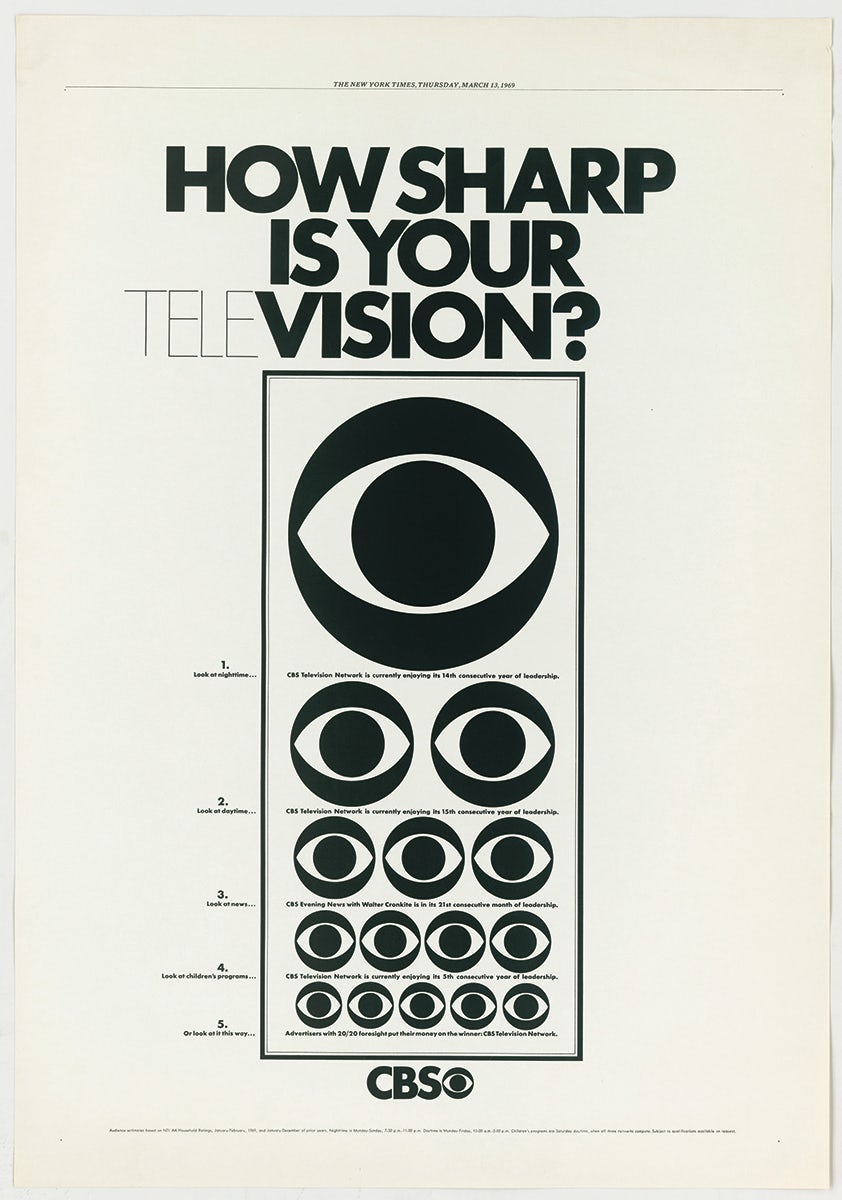 If the company name was used alongside the symbol, it was to be set in what Golden referred to as ‘Didot Bodoni’ (George Lois apparently tweaked the font on Golden’s instruction and, later, under Dorfsman’s direction in 1966, a CBS Didot was drawn by Freeman Craw).

As preparation for the next CBS season began, Golden reputedly started work on a new symbol, but Stanton interjected. “Just when you’re beginning to be bored with what you’ve done is when it’s beginning to be noticed by your audience,” he is reported to have said. CBS has used the eye symbol ever since and it currently appears, unaltered since 1951, on no less than ten subdivisions of the brand.