First published in 1938, The Beano is the longest-running children’s comic in the UK. The weekly magazine is well-known for its mischievous brand of visual humour, and has made household names out of characters such as Dennis the Menace, Minnie the Minx and The Bash Street Kids.

To mark the comic’s 80th birthday, Beano Studios has commissioned artist Horace Panter (who also moonlights as the bassist in ska band The Specials) to reimagine some of its most famous faces as part of a travelling exhibition. 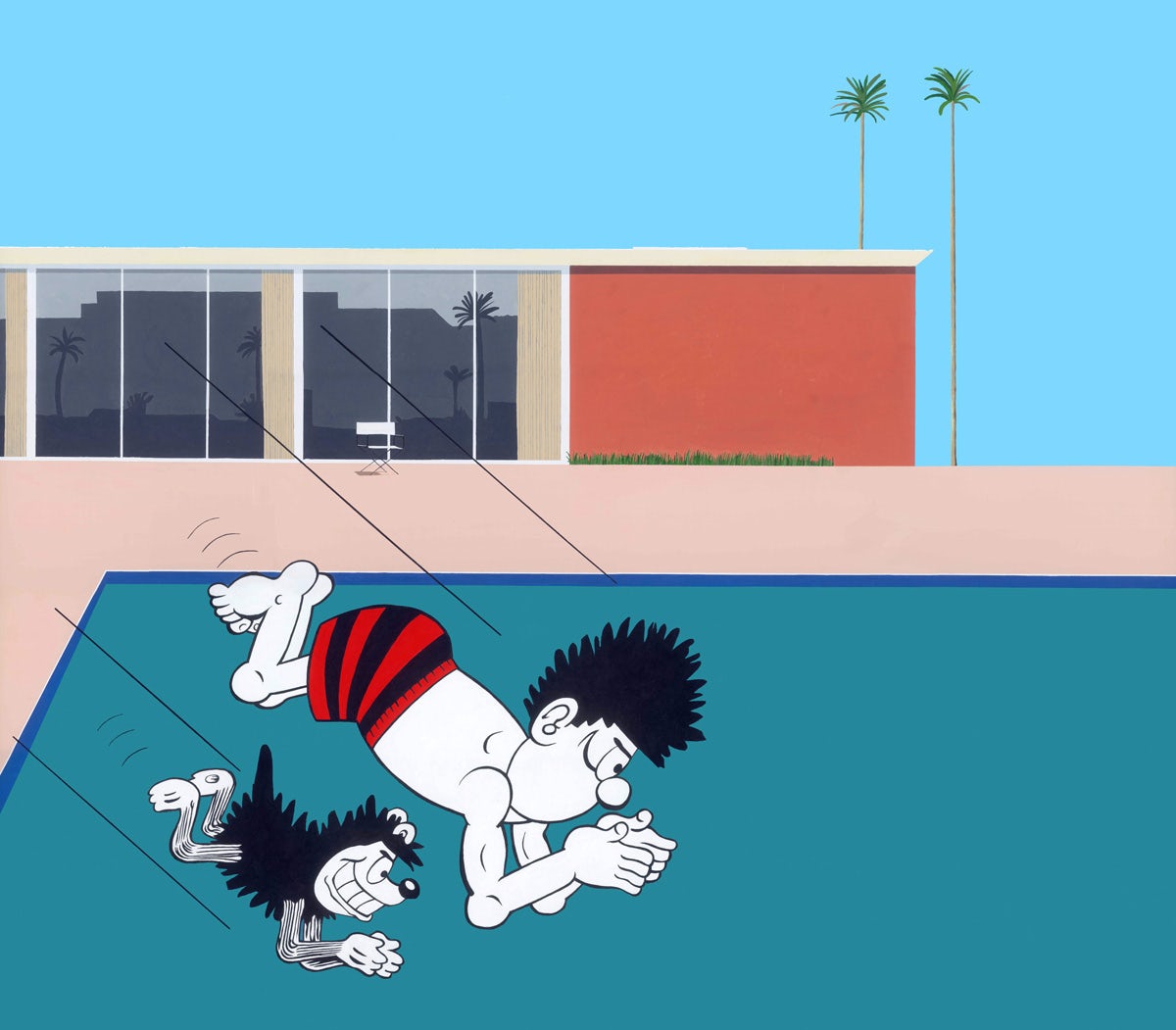 Following in the footsteps of Sir Peter Blake for the comic’s 75th birthday, Coventry-based Panter has created a series of paintings and silkscreen prints that put a Pop Art spin on existing drawings from Beano Studios’ archive.

Inspired by some of Panter’s artistic heroes, the works place The Beano’s instantly recognisable characters into the settings of famous Pop Art paintings. Think Lord Snooty as a Roy Lichenstein style figure, Minnie the Minx sitting for an Andy Warhol portrait, and Dennis diving into David Hockney’s Los Angeles swimming pool accompanied by his dog Gnasher. 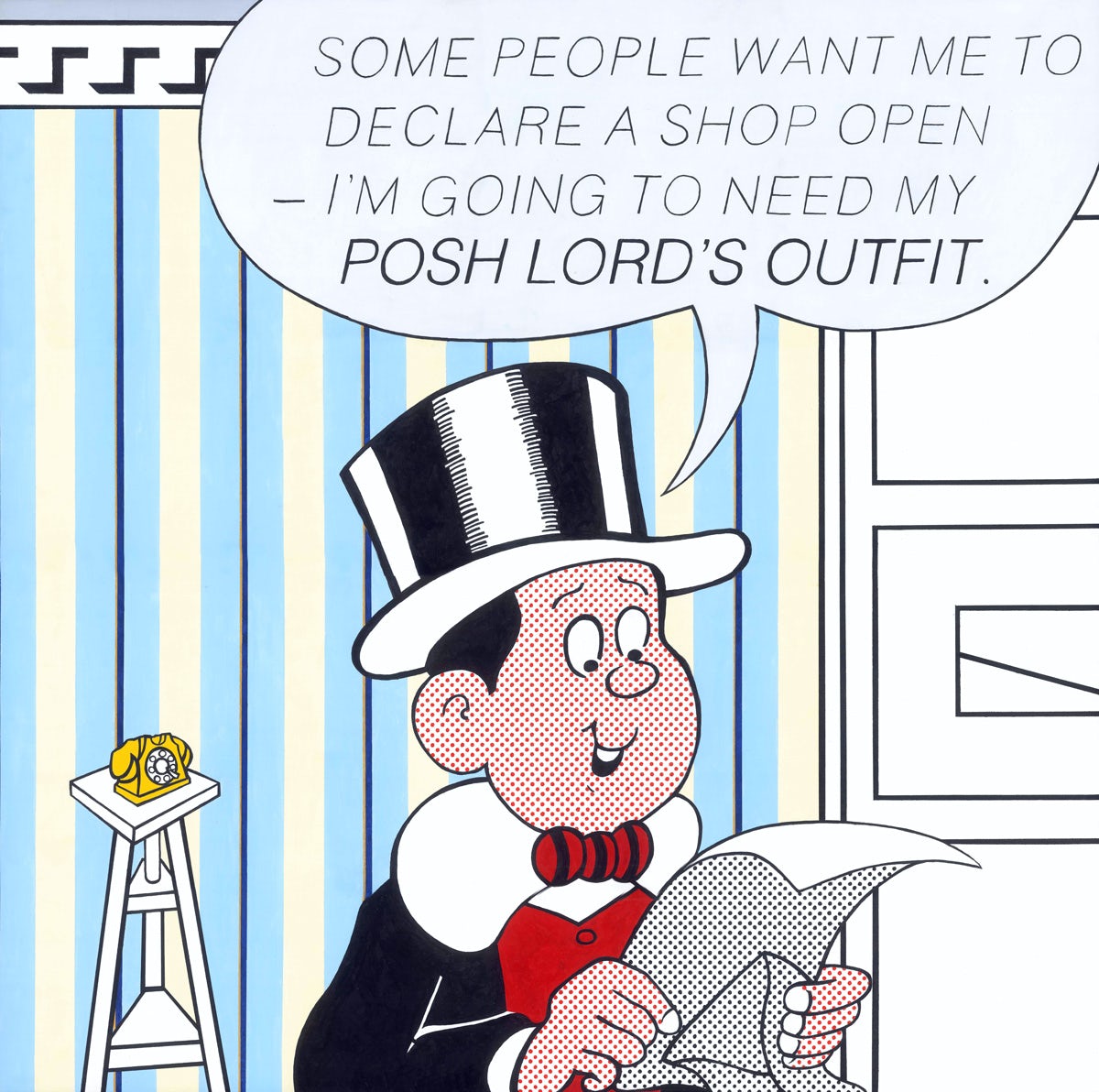 “Growing up, there was always The Beano around; those characters were an integral part of my childhood. Dennis, Minnie the Minx and, my personal favourites, the Bash Street Kids – street smart, irreverent anti-heroes for the under 12s,” says Panter. “I’d like to think the paintings are funny and irreverent, but pay homage to both my favourite artists and to the comic characters.”

York-based studio LazenbyBrown has also worked on the campaign materials for the exhibition at According to McGee gallery, which feature stills from the Beano Studios archive. 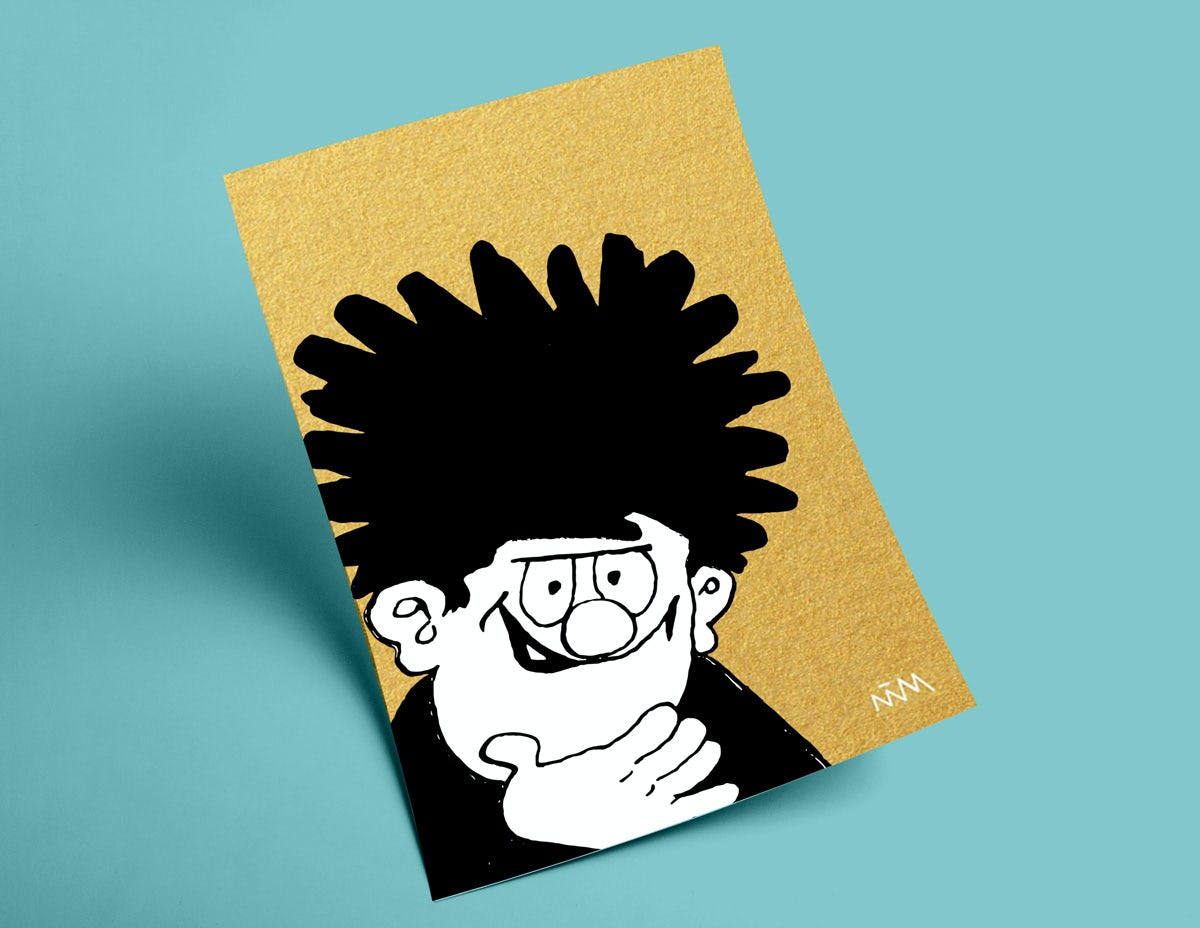 Beano’s 80th Birthday Collection opened at Beano Studios in London last month. It is currently on display at According to McGee in York, and will also travel to Dublin, Harrogate and Dundee. For more info, head here