By Megan Williams
The Photography Annual

Following a long period of commercial jobs and feeling “drained creatively”, London-based fashion photographer James Pearson-Howes was looking to work on a project that gave him creative freedom – “something that had some depth to it,” he says.

It was then that his friend, stylist Kusi Kubi – who splits his time between Ghana, where he was born, and London, where he grew up – approached him about a photo story for men’s fashion magazine Man About Town. It took the photographer to one of the most stimulating environments he could have imagined.

Set in a bustling bus station in the fast-paced Circle area of Accra in Ghana, the editorial shoot is an ode to the energy and characters at the heart of the local tro tro transport system. Tro tros are shared taxis operated by a driver and a conductor, known as a ‘mate’, who runs the routes, shouts out the destination, and collects fares. The name is believed to come from the word ‘tro’, meaning ‘three’ in the local Ga language, since the single fare cost threepence when the system was created in the 1940s. 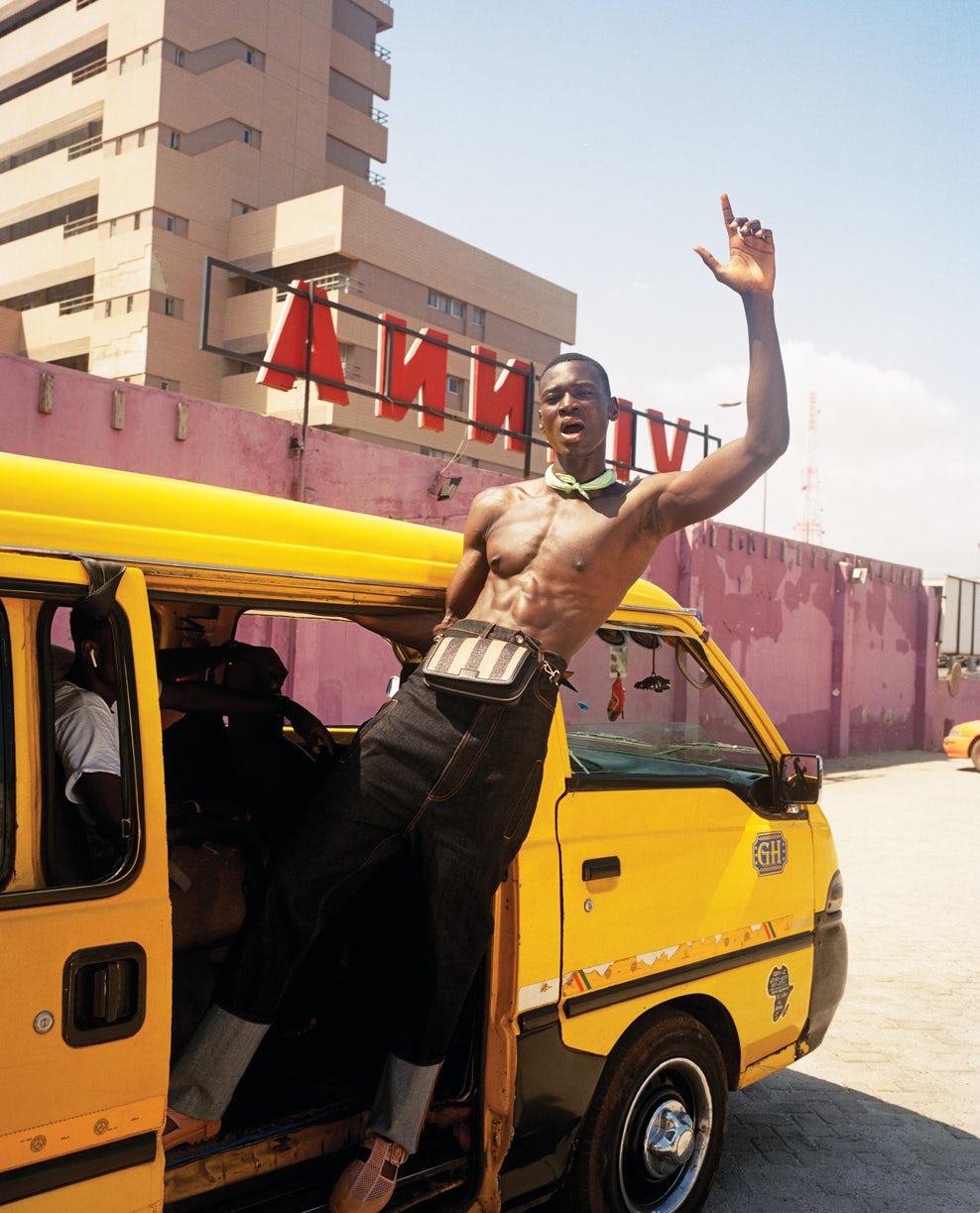 Pearson-Howes describes the area as “chaotic: cargo everywhere, buses going flying everywhere. It’s really hot and sweaty, but there’s just this life existing all around, and I just love that,” Pearson-Howes says. “You have to be just instinctual; you’ve just got to adapt to what’s going on and work around it.” 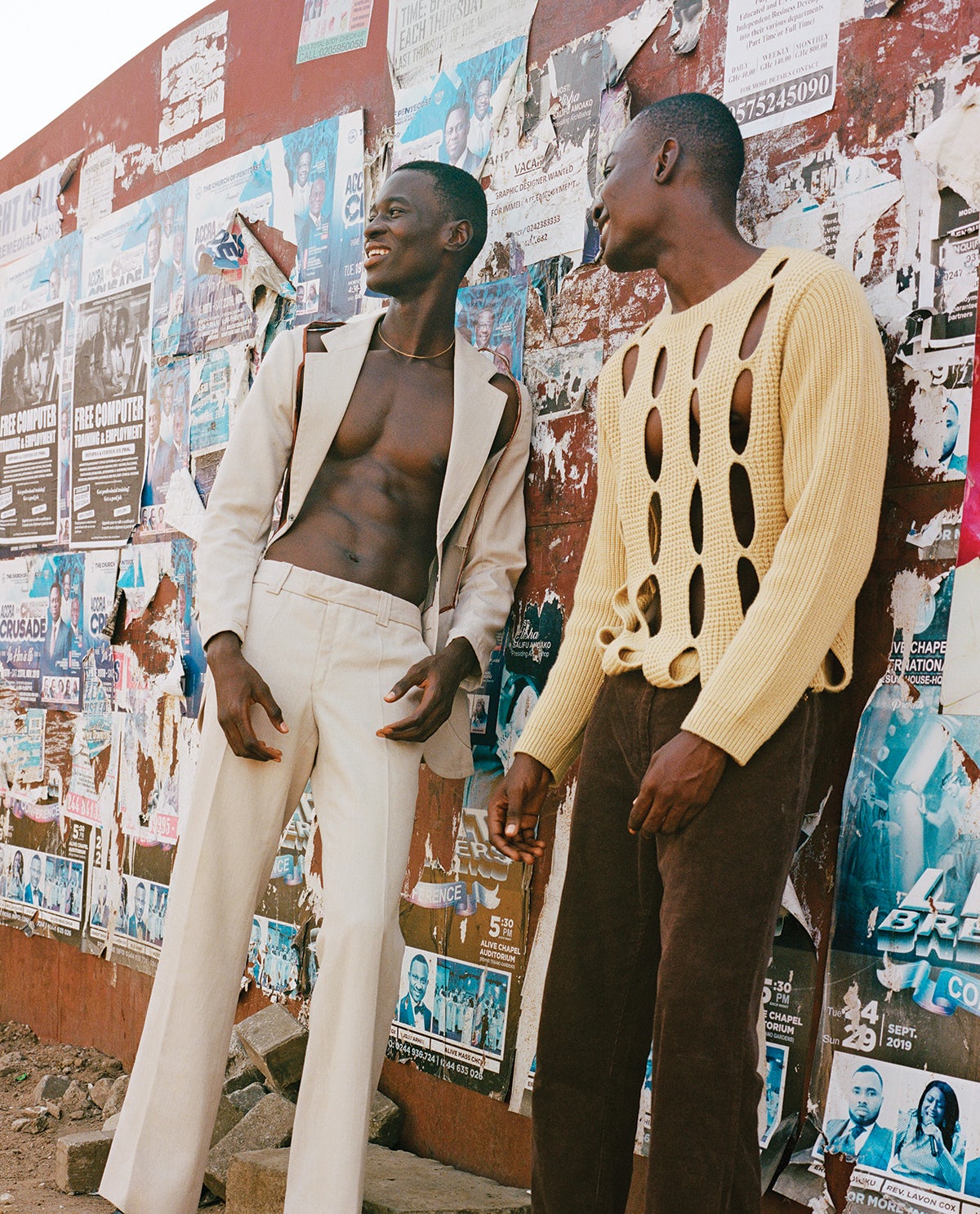 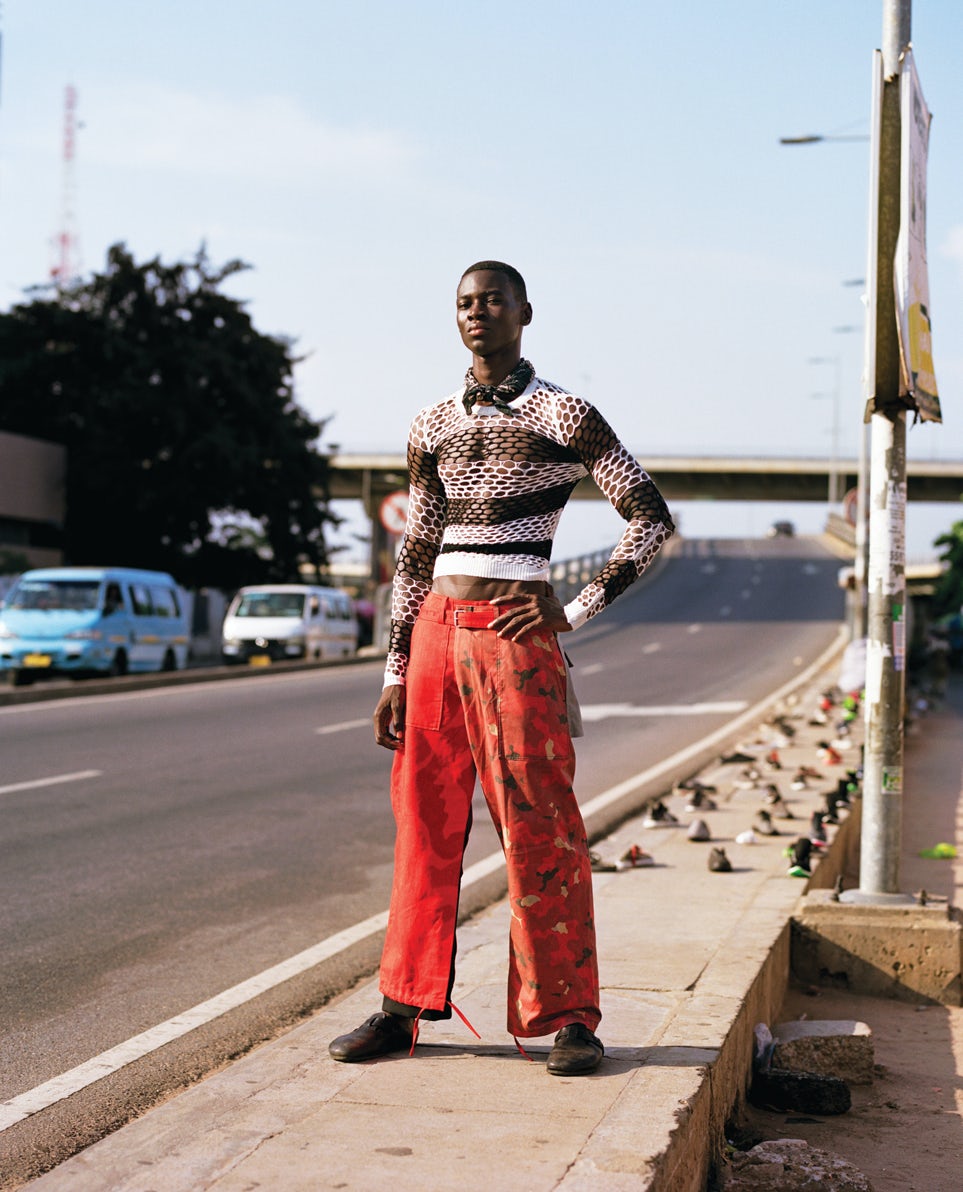 Two local models were cast for the story, who sport eye-catching outfits against striking backdrops. The models are at one with their surroundings: in one photograph, they hold hands inside the tro tro, jumpers stitched together, as a flyover loops around them in the background; in another, one of the models hangs from the side of a tro tro, embodying the energy that underpins the environment.

“One of the things tro tro boys do is count their big wraps of money on top of there,” Pearson-Howes explains. “We got one of the boys on top of this van we hired and he stood up there with these amazing see-through pink trousers. He came down and said, ‘I’ve never done anything like that before.’ Bear in mind there’s about 50 people watching.” 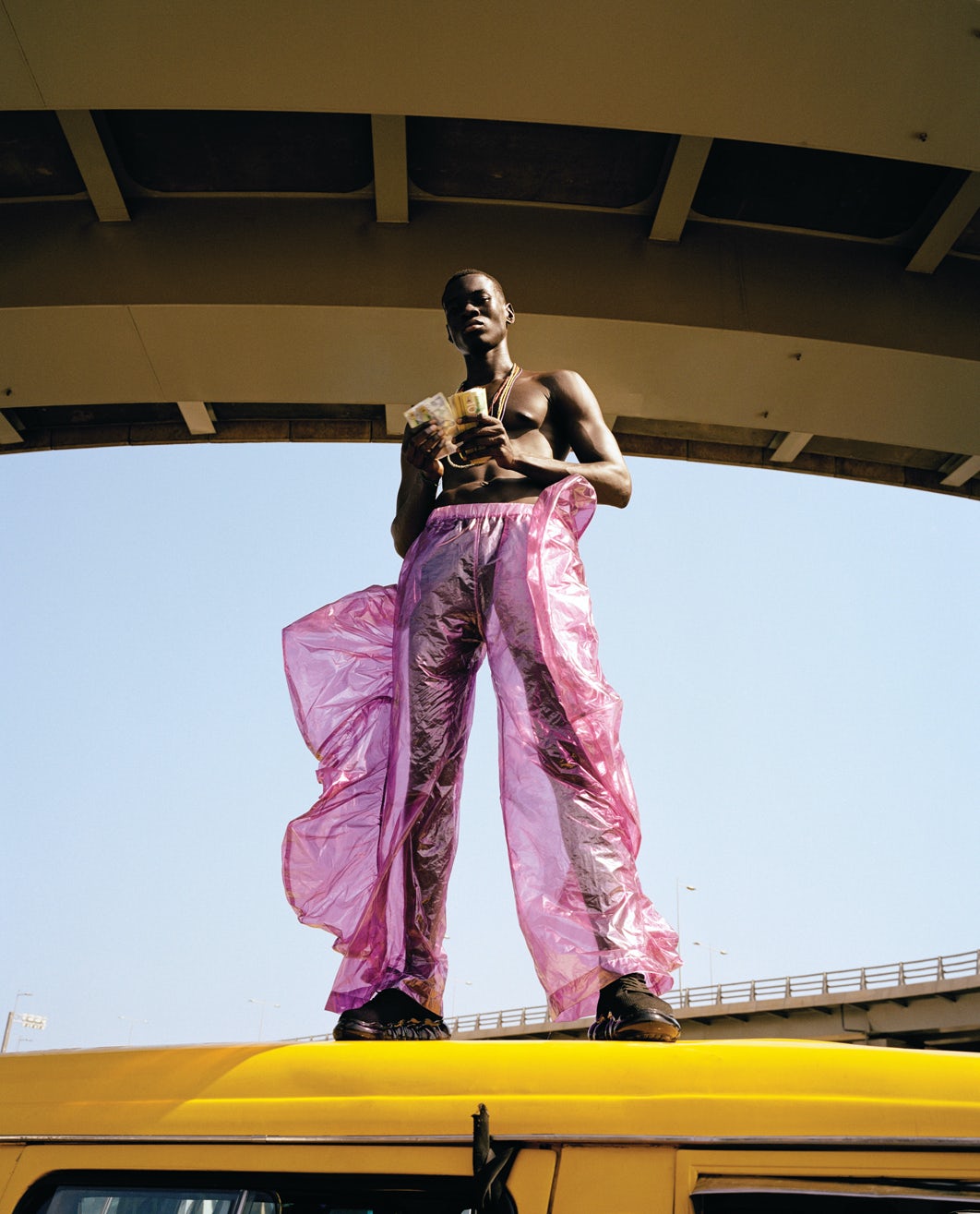 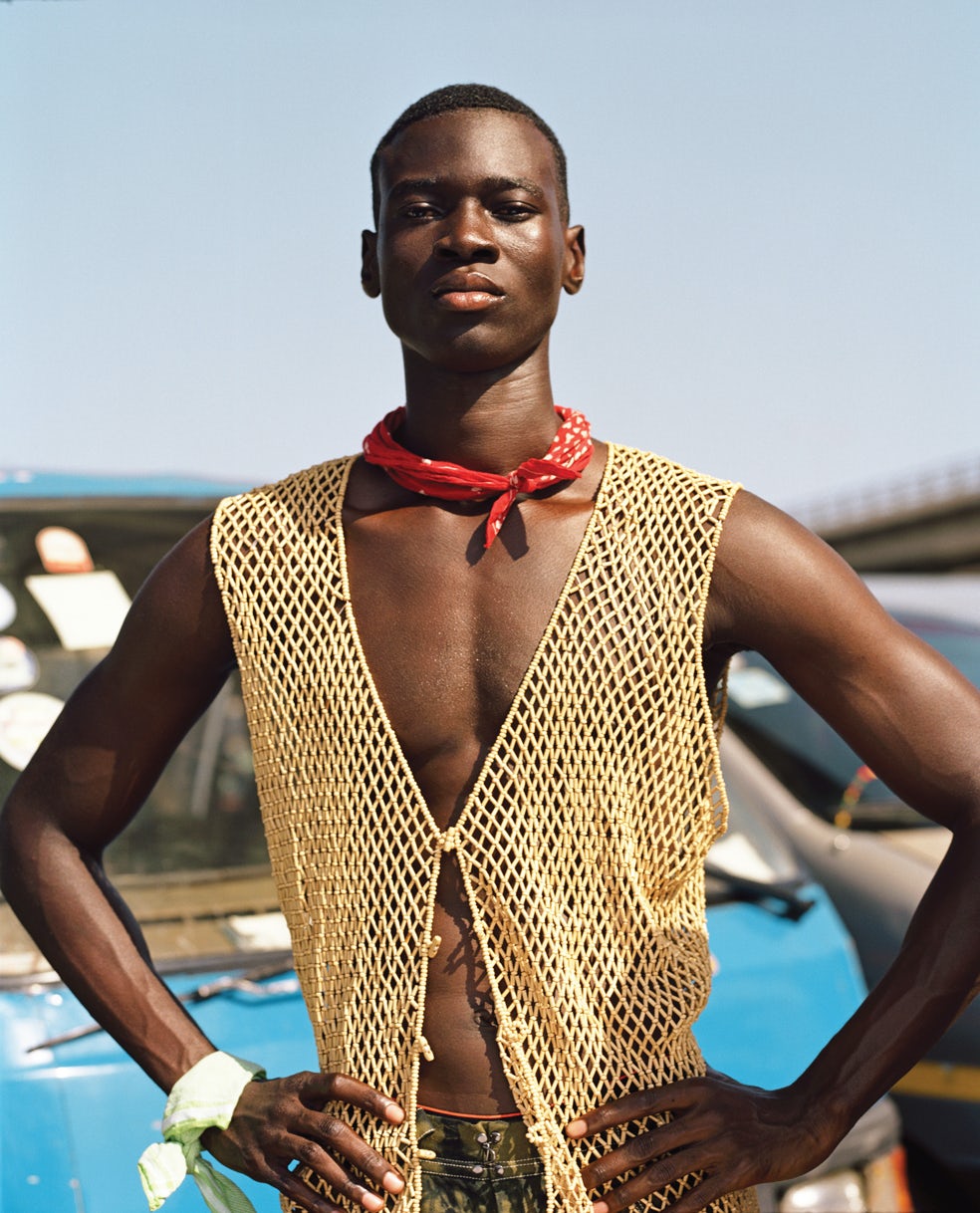 Despite the high-intensity setting, Pearson-Howes opted for a slower medium format camera and 120mm film to enhance the portraiture element. He even found there was enough “meat and bones” to create a short film, shot on Super 8.

Although the team tactically chose to shoot on the weekend when it’s slightly quieter, there is no shortage of energy and the lack of control added atmosphere to the final shots, according to Pearson-Howes. “I think there has to be a real element in there – whether that’s real models, as in real people, or locations that have that vibrancy and that life,” he says. “There’s a lot to be said for being within those spaces, because there’s more authenticity. It just feels and looks better when you don’t control all the variables.”