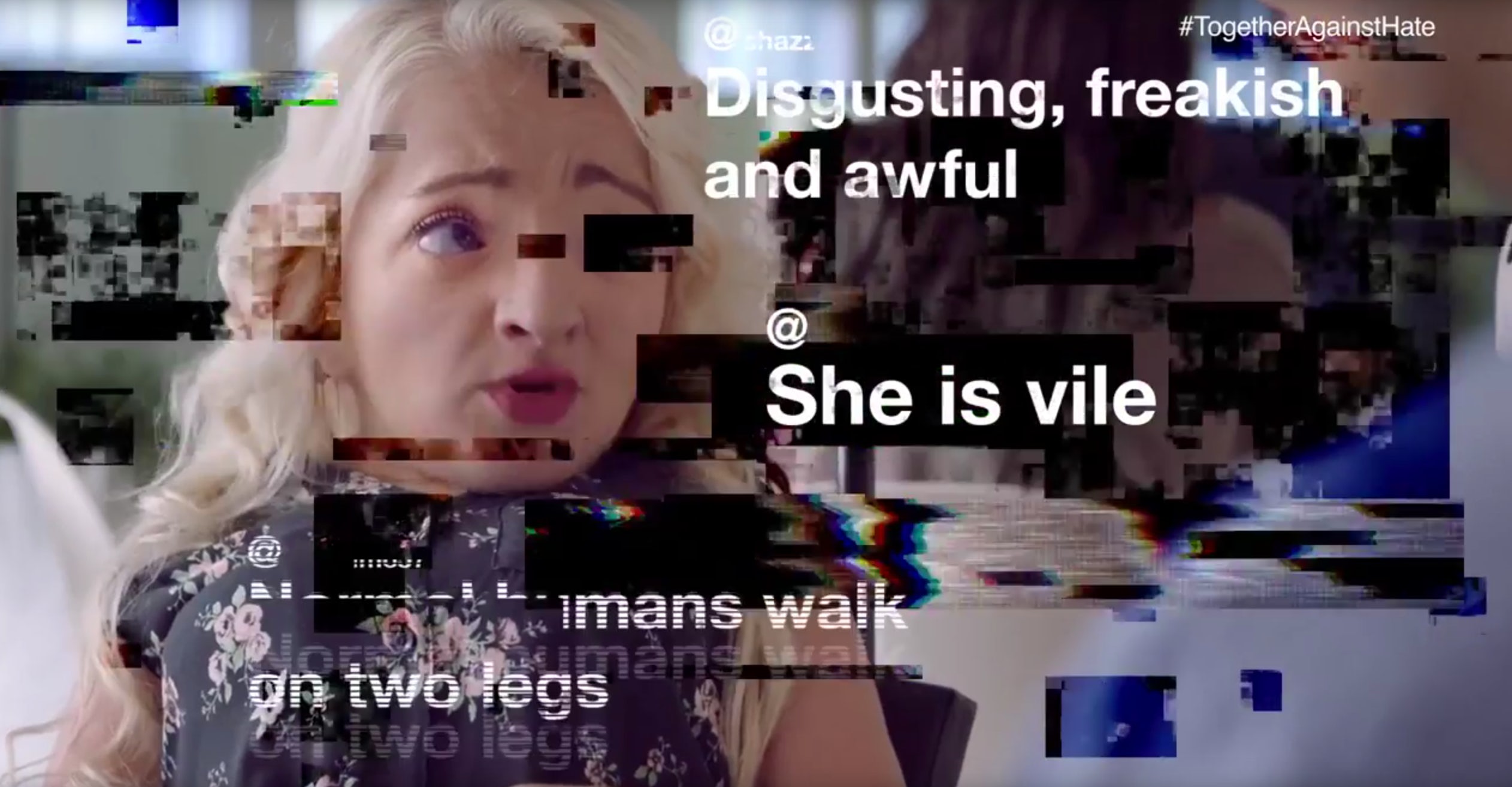 The takeover will feature short clips from three recent ad campaigns, overlaid with screen grabs of social media postings showing how some members of the public reacted to what they saw.

The ads include spots from Maltesers, Nationwide and McCain and all feature diverse casting. The Maltesers spot is one of a series of ads which won Channel 4’s Diversity in Advertising Award in 2016, and features characters making light of their disabilities, while the McCain ad is from a set of spots featuring LGBT+ families.

The online responses featured reflect the kind of vicious bullying and nastiness that feels all too familiar to regular users of social media. The words are also accompanied by visual affects designed to emulate the emotional impact they cause on those in the ads, including imagery of mould, cracked screens and digital distortion.

The overlay of the posts on the original ads is designed to shock. They highlight an undercurrent of intolerance towards diversity that is painful to watch.

The resulting film possibly raises more questions than it can answer, however. There is a link to a webpage containing helplines for online abuse at the end but there is no real sense of how such responses can be effectively dealt with. Plus it’s easy to see how the takeover, while raising awareness of the problem, may also provoke more bullying.

Despite this, Channel 4 is to be admired for this attempt to shine a light on the brutal reactions that actors and real-life participants in ads may face when appearing in commercials. Plus the ad break also highlights some of the backlash that brands can receive when taking more diverse approaches.

One answer to this is surely to make such diversity in ads the norm rather than for it to be a point of difference worth commenting on, either by brands keen to appear inclusive or by bullies.

There is no easy answer to online trolling and bullying but calling it out, particularly on a platform as large as Channel 4, will always be a step in the right direction.

The ad takeover will take place during the first ad break in Gogglebox, which begins at 9pm on Channel 4