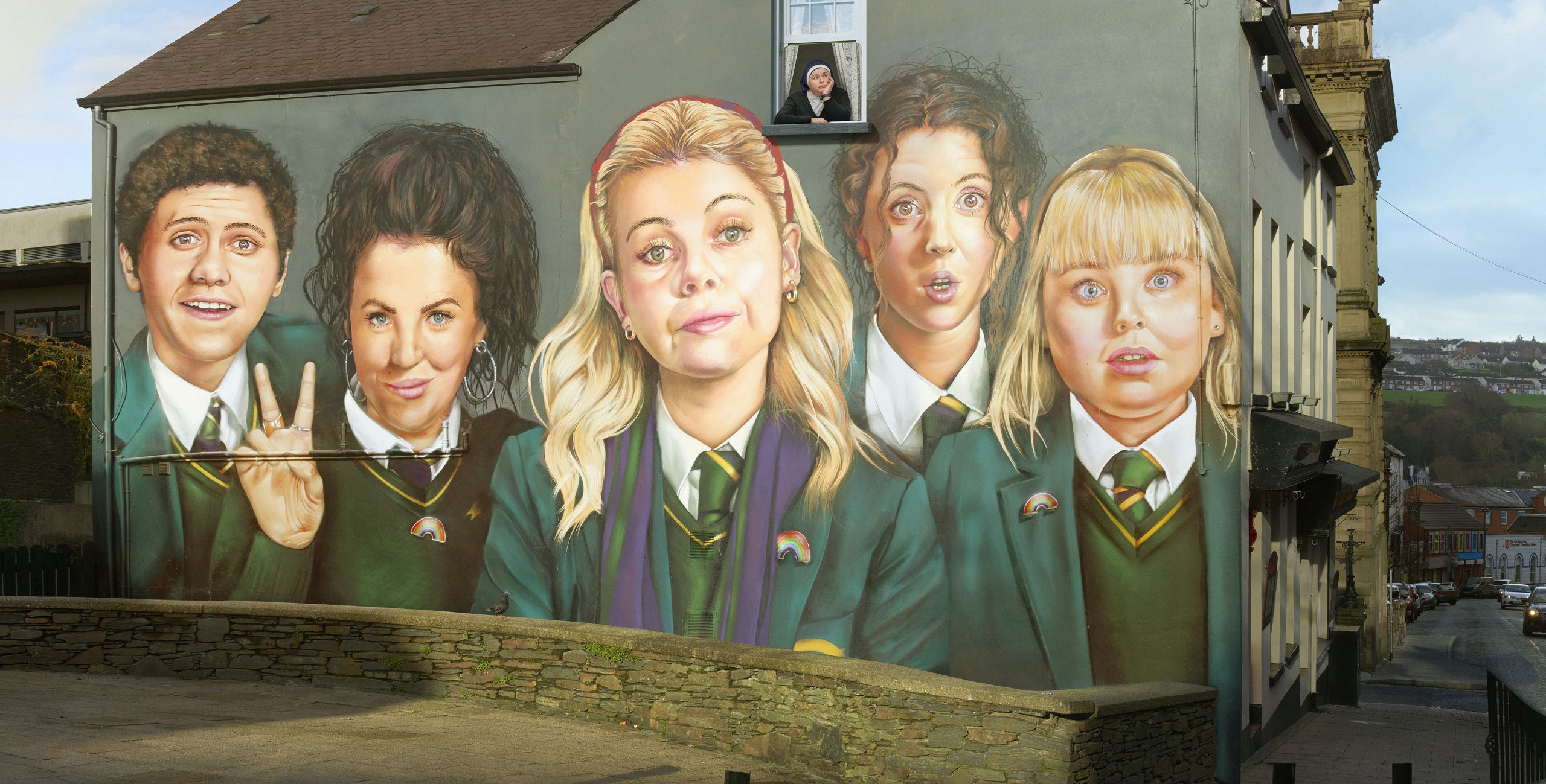 Derry has historically been one of the most divided cities in the world, with this division represented in its political murals, drawn by the IRA and loyalist paramilitaries. These murals are symbols of conflict, depicting the political and religious divisions of the past.

Channel 4 wanted to create a new mural that moved away from the divisions of the past, replacing scenes of violence with the heroes of Derry Girls, Northern Ireland’s most-watched TV show of all time. To do so, 4Creative worked closely with both sides of the local community to help create the street art.

The Derry Girls mural was the first of its kind in Derry and triggered a serious conversation in the city about the role that murals play in perpetuating conflict. 4Creative followed up the first mural with a series of further pieces painted by students from Catholic and Protestant schools working together alongside community arts group UV Arts. Several further large-scale, ‘peaceful’ murals are underway in the city, and the original Derry Girls mural is now a key destination promoted by the Northern Ireland Tourist Board.