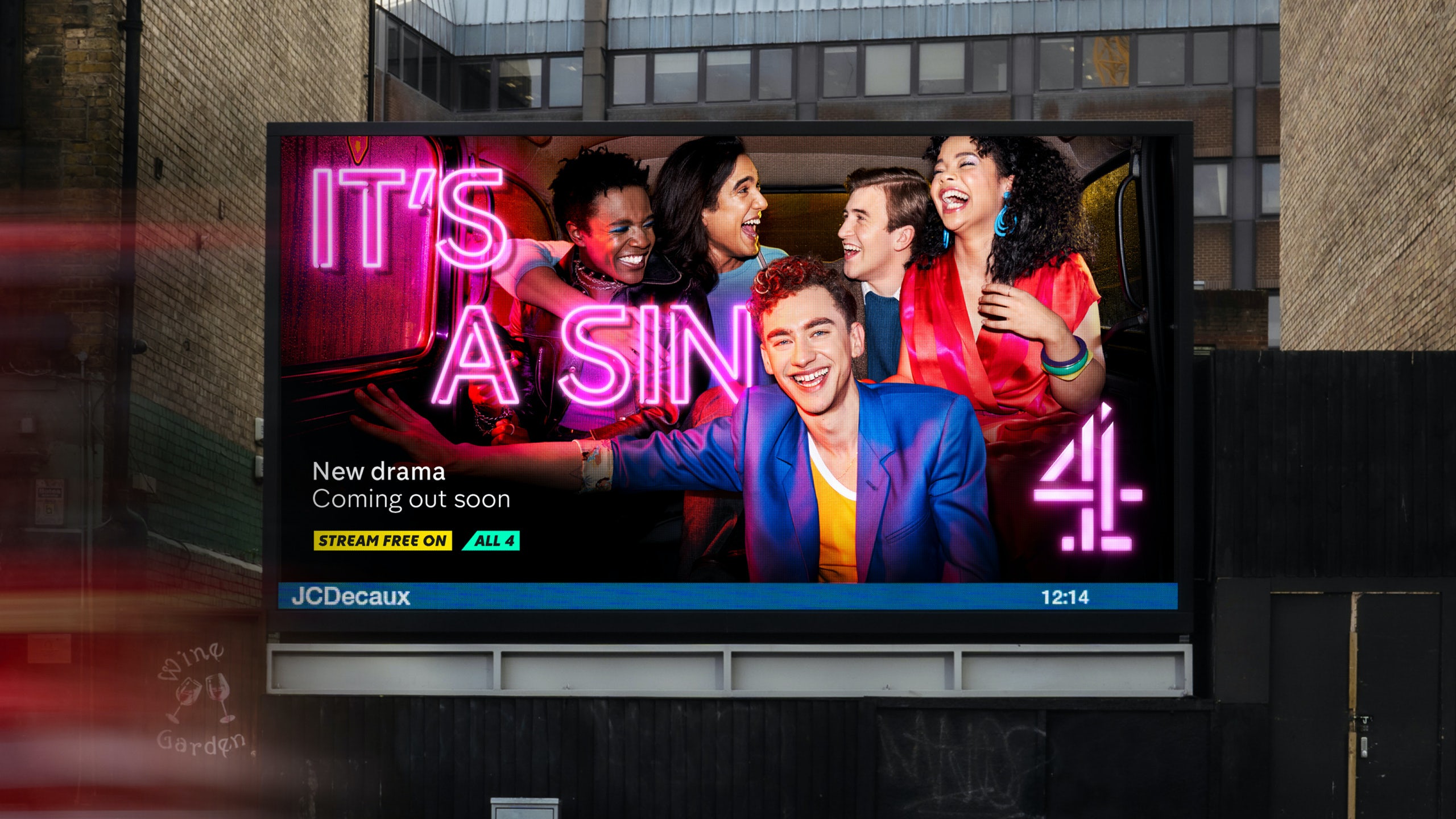 It’s A Sin is a Channel 4 drama about the AIDS crisis in 1980s Britain, created by writer Russell T Davies. For its launch at the time of a third UK lockdown during the Covid-19 pandemic, the channel decided not to emphasise its heavy-hitting qualities initially but instead focus on its coming-of-age story and the friendships at the heart of the show. Then, mid-series, it began driving real-time conversation around the important issues it represents.

Nostalgia was key – on the day the show launched, the broadcaster recreated a 1980s viewing experience on the channel. A throwback trailer for It’s A Sin, inspired by classic 80s movie tropes, played throughout the day, alongside archive Channel 4 idents, original end boards, continuity announcements (delivered in a polished RP accent), and the revival of the channel’s iconic original logo. Each and every detail evoked the era while capturing the joyful spirit at the start of the story.

This was then followed by a campaign to encourage debate and inspire societal change – especially around HIV awareness and testing – with Channel 4 using its digital platforms and partnerships to delve deeper into relevant conversations.