This will be the third and final series of Hat Trick production Derry Girls, which is based on writer Lisa McGee’s own experiences and takes place against the backdrop of The Troubles in Northern Ireland. It first aired in January 2018, and went on to become Channel 4’s biggest comedy launch series of the last 18 years. Series three is set during the final year of school for the show’s characters. As such, the campaign nods to “last day of school chaos”, says Channel 4.

The new campaign looks to Derry during the 90s (when the show is set) and has seen 4creative partner with Bauer Media to produce a 28-page version of Smash Hits, including a pull out double-page poster of the cast and “classic Derry Girls themed features like the Biscuit Tin interview”. Visuals from the double page poster in the magazine will also feature across the campaign’s out of home materials.

More than 150,000 copies of the magazine will be distributed across the UK, as well as being bagged up with this week’s issues of Bauer magazines Heat and Closer. 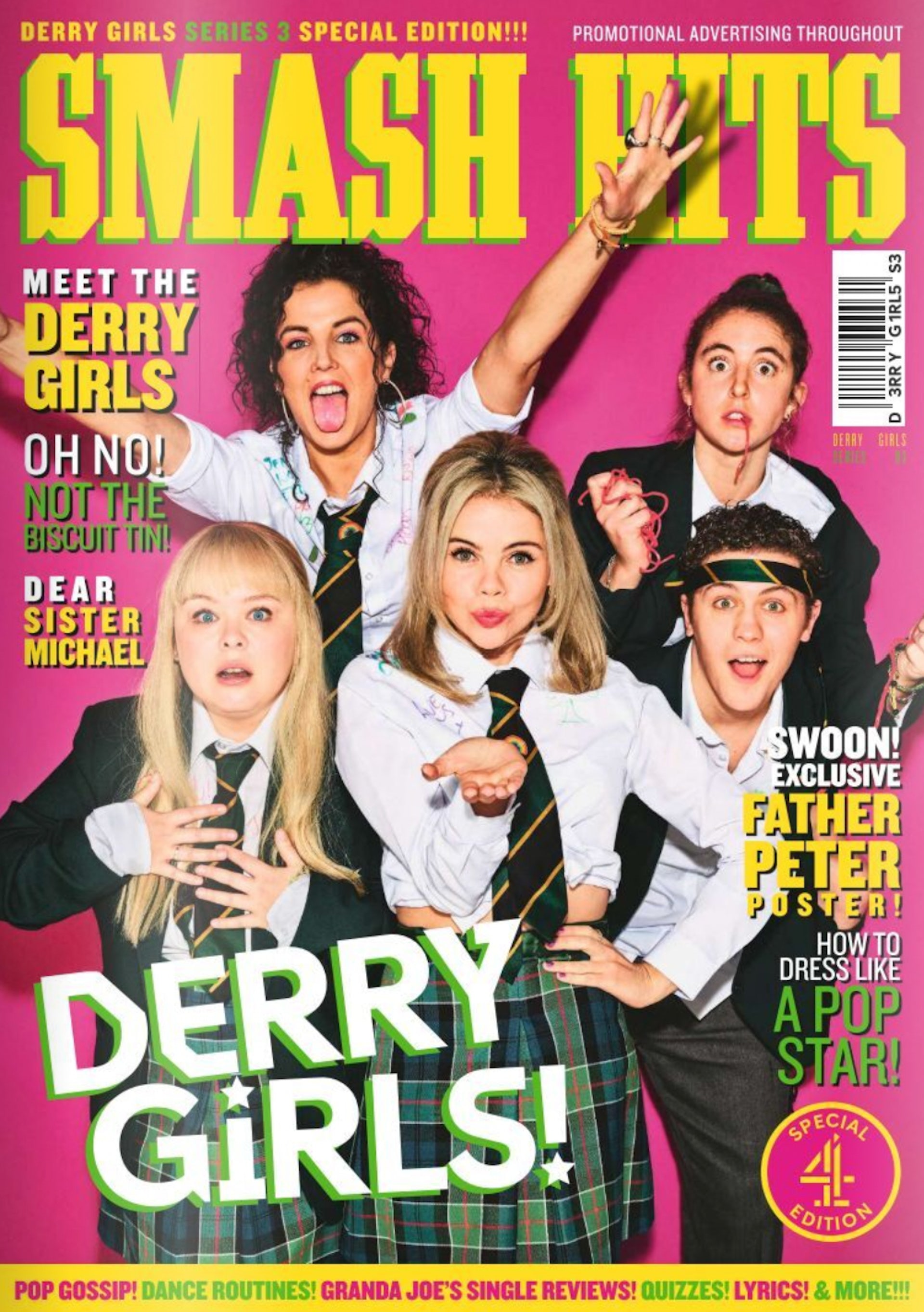 “Smash Hits and Derry Girls is a match made in 90s heaven – both icons of their time, wildly popular and with an incorrigible urge to say what they think (even when it gets them into trouble),” says Lynsey Atkin, ECD at 4creative. “We have absolutely loved bringing this campaign to life; giving the Derry Girls (and the wee English fella) the full pop star treatment and working with Bauer Media and Lisa McGee to give fans even more of Erin and the gang before school’s out for good.”

Bauer Media chief content officer Lucie Cave adds, “Working incredibly close with the Channel 4 team meant that we were able to be keep the energy and essence of both brands in sync throughout and ensure that the show was seamlessly woven throughout all editorial – including the fan-favourite ‘Biscuit Tin’ interview and classic ‘How to Dress Like a Pop Star’.” 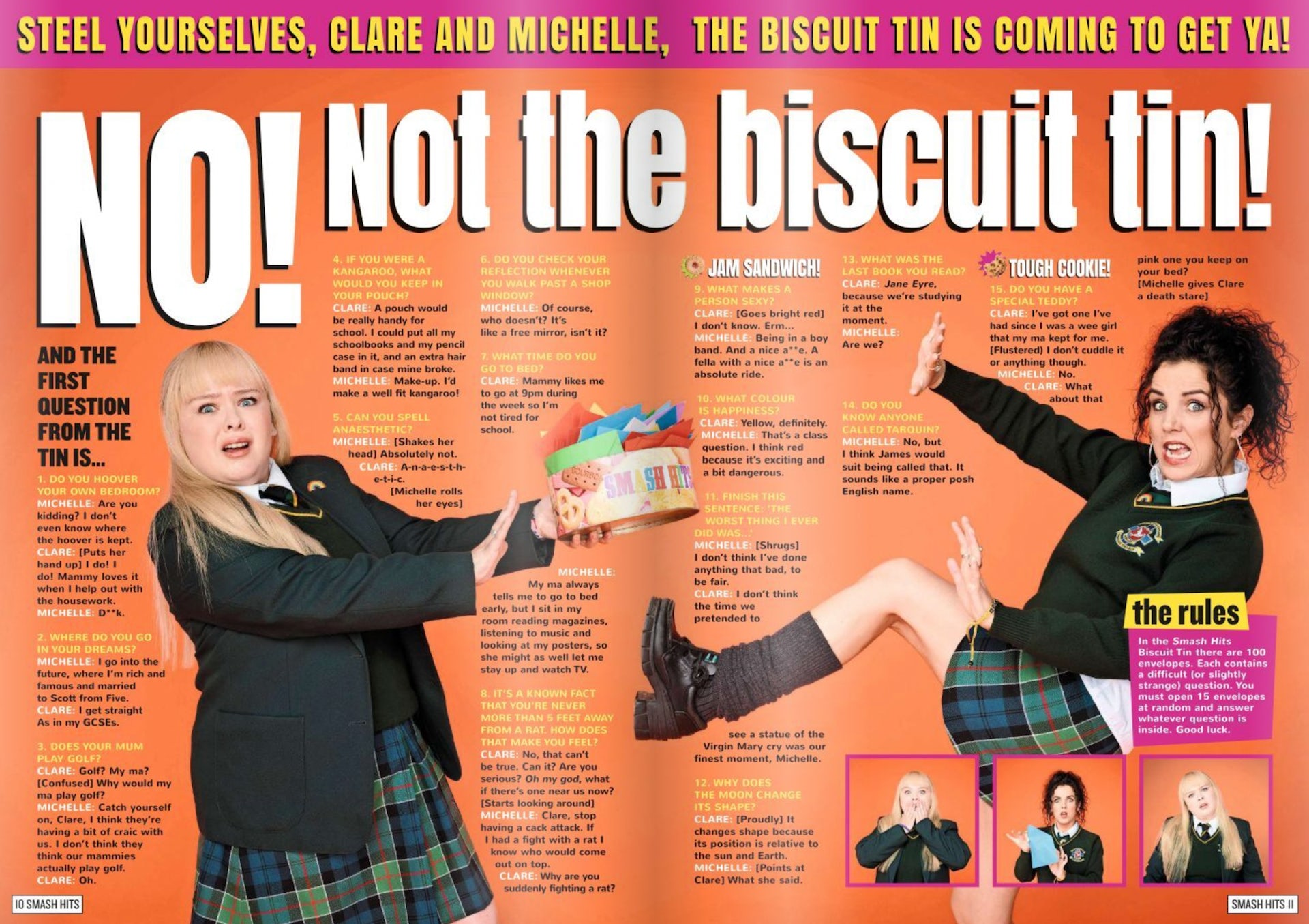 The campaign also extends to TikTok, where exclusive magazine content has been adapted for social. Followers can place their own images onto the front cover of Smash Hits with the Derry Girls cast, for instance; while a digital experience has been launched on Spotify in which users can create their own ‘mixtapes’ by selecting 90s tracks and loading them onto a virtual customisable cassette tape.

In Derry itself, street art collective UV Arts has worked on an update of its mural showing the Derry Girls characters. This was created to celebrate the second series of the show and will bear a temporary update for the launch of series three, which will be unveiled today.