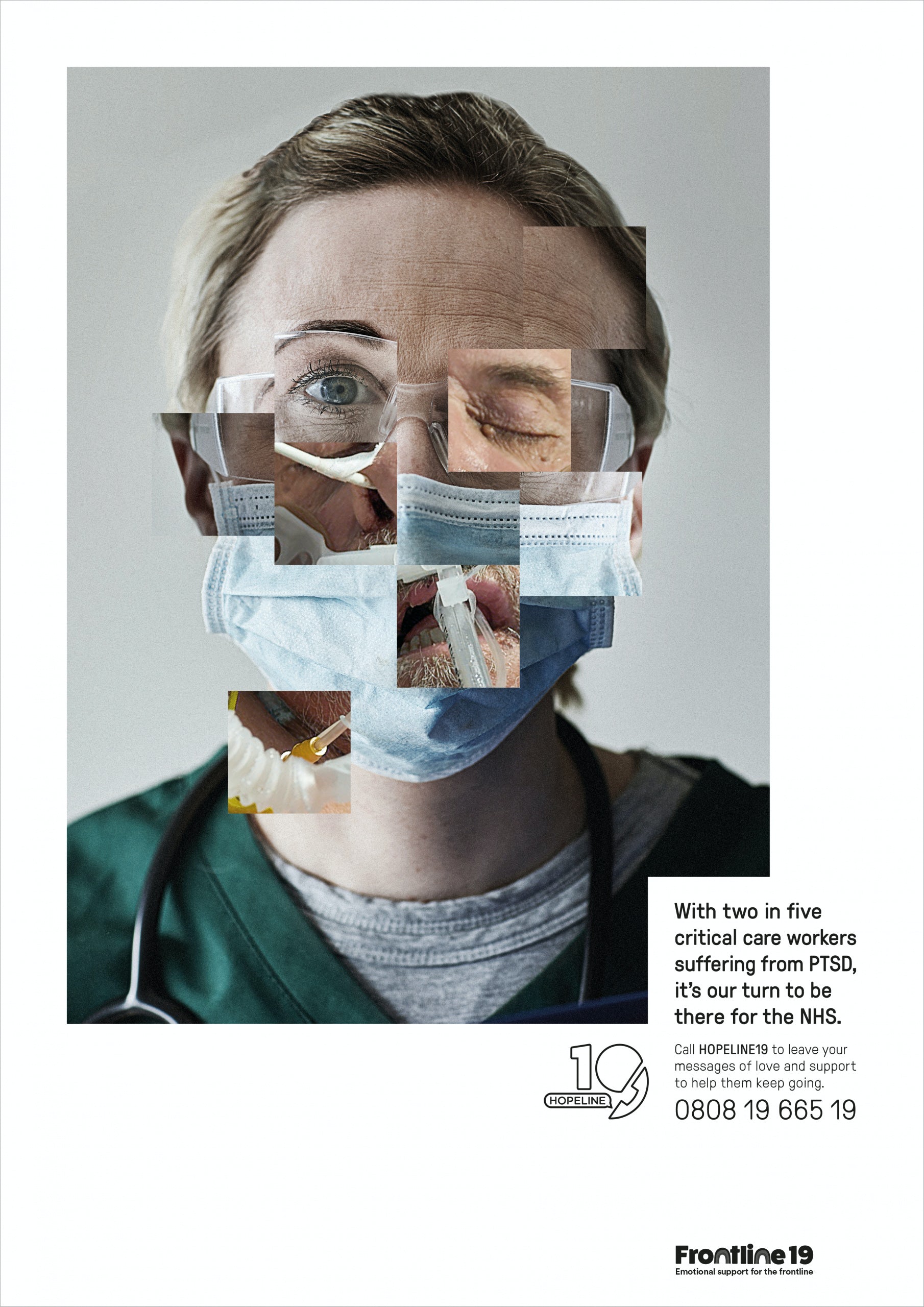 There have been many, many statistics thrown at the public during the pandemic. Yet while these numbers serve a useful purpose, one downside of so many stats is the risk that they become meaningless along the way.

One such example is in recent reports that two in five frontline staff are suffering with PTSD as a result of the pandemic – nearly double the rate of recent military veterans. While such information is clearly damning in terms of how those who bore the brunt of the pandemic are now coping, it is difficult to quantify what this means to their daily lives.

To help articulate this, and also to encourage the public to leave messages of support for frontline workers via a free phone service called Hopeline19, adam&eveDDB has created a film and poster campaign for the charity Frontine19. The film, which is a difficult watch, tells the stories of some of those on the frontline, from ambulance workers to ICU doctors and nurses, and how their experiences have affected their personal lives.

Accompanying the film are outdoor, print and radio ads that also ask members of the public to leave messages of gratitude and support on Hopeline19. These will be moderated and then uploaded so that frontline workers can call and listen to kind words from the public, and targeted media will be displayed in and around hospitals to make frontline workers aware of the service. 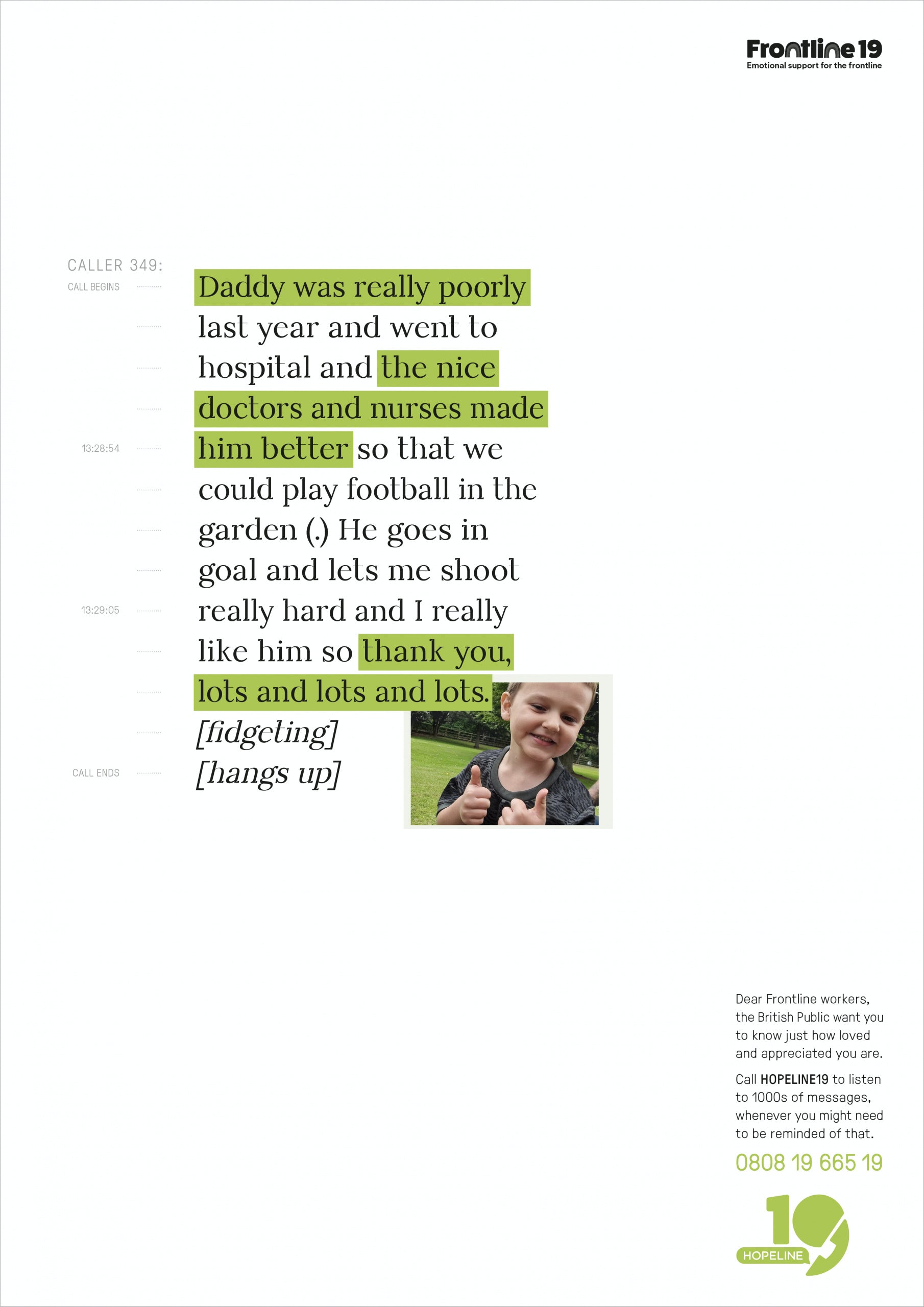 Frontline19 is a non-profit organisation set up right at the start of the UK’s first lockdown in March 2020 by psychotherapist Claire Goodwin-Fee, who recognised that the NHS staff dealing with Covid patients were about to face an incredibly testing time. Goodwin-Fee began simply by offering her own services but Frontline19 now has 3,000 volunteers and has created a system where NHS and frontline workers can get in touch to be matched with a suitable counsellor for free, confidential sessions. It helps everyone from hospital staff and emergency response teams to the people who support the ambulance service and those working in social care.

“We’re humbled at what the doctors, nurses, emergency responders and thousands of other unsung heroes have achieved over the past 18 months,” says Ant Nelson, ECD at adam&eveDDB. “But while their actions may be heroic, they are human beings as vulnerable to mental health problems as the rest of us. Frontline19 has already done so much in such a short time, but we need to make sure their work can carry on and in turn help NHS workers get through this traumatic time.”