Alongside his success as a children’s author, Roald Dahl also famously wrote haunting stories for adults and, next month, Penguin is reissuing eight books of his collected shorter works. In these Dahl ponders on the darker side of life, addressing themes of – as the titles suggest – Fear, Innocence, Trickery, War, Cruelty, Deception, Madness and Lust.

The short stories feature, among other characters, a war pilot shot down in Libya, a thieving hitchhiker and a couple in a state of breakdown. The covers for the reissues feature illustrations by British artist Charming Baker – and his work, much like the stories themselves, is dark and unsettling.

The theme of ‘romantic melancholy’ that runs through most of Baker’s work seemed to fit well with the mood of Dahl’s ‘domestically dark short stories’, say Penguin.

His paintings selected for the covers all seem to have started out with a certain gentleness – a crawling baby and lonesome lighthouse – which was then disturbed by a burst of impassioned markings that turn a potentially innocent scene into something more sinister.

Besides their love for melancholia both Dahl and Baker share an association with war, in Dahl’s words ‘our most inhumane activity’. Some of the autobiographical stories in the collection draw from the author’s experiences as fighter pilot in the Second World War.

Baker spent his youth traveling with his father, a commando in the British Army. While not the dominant theme in his work, fighter planes and choppers make a regular appearance, like in his painting titled A Beginner’s Guide to World Peace featured on the cover of War (pictured below). 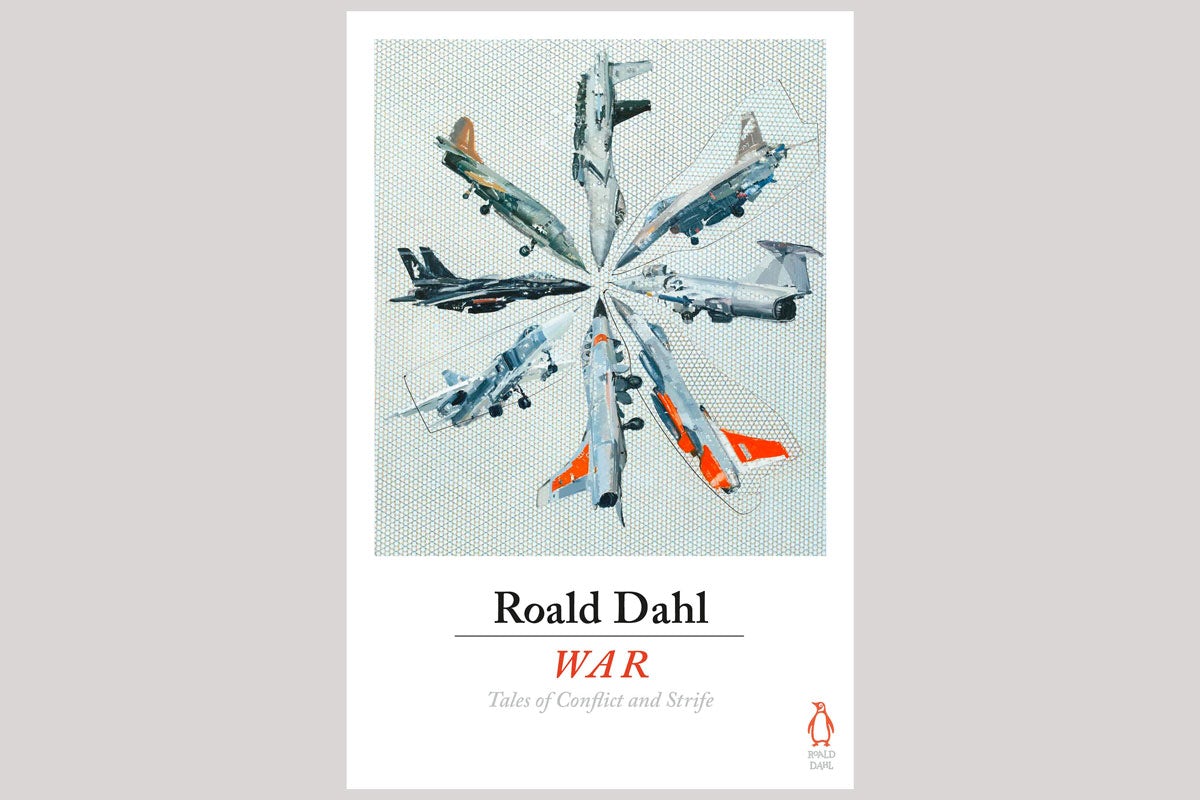 The paperback series will be out August 10, published by Penguin (£8.99 each)