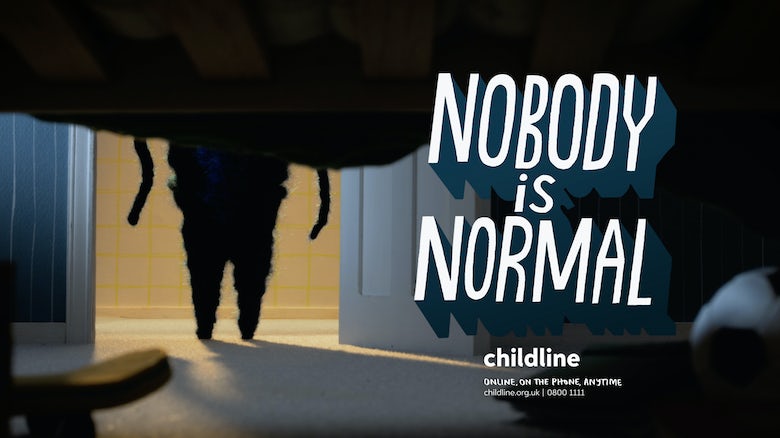 Childline was originally established as a charity focused on helping children cope with issues such as abuse, violence, neglect and addiction, but the organisation is aware that young people were also becoming increasingly more vulnerable due to their own mental health. There is a rising need for support on topics ranging from body image, gender identity, sexuality, and various mental health issues. This is a problem that was exacerbated when the Covid-19 pandemic struck, resulting in surging rates of depression, anxiety, self-harm and eating disorders.

To reach out to children, ad agency The Gate created this beautifully crafted stop-motion animation which aims to highlight that no one is normal and that we all struggle to fit in sometimes. And in doing so, positioning Childline as the place to go if that’s how you feel.

Working with director Catherine Prowse, the team created a film that captured the feeling of not fitting in by personifying insecurity as a monstrous creature that we keep hidden inside.

The story follows one such creature disguising itself in a human skin suit in order to appear like a ‘normal’ teenager and fit in at school. However, they soon discover that things at their school aren’t quite as normal as they might seem and in fact everyone seems to be hiding something inside. The animation is set to Creep, the iconic Radiohead song about feeling different.