The ‘cholitas escaladoras’ had worked as cooks and porters for mountaineers before forming a climbing group of their own. In January this year, they hiked to the tip of Mount Aconcagua – a distance of 22,000 feet – in just over a week. Equipped with pickaxes and snow boots, they braved ice-covered paths, steep rocks and freezing temperatures – all while dressed in traditional patterned shawls and skirts in candy colours.

Bolivia’s Aymara population has faced racism and discrimination since the days of Spanish colonisation. Women were forced to work as servants for Spanish occupiers and were systematically marginalised as recently as the early 2000s. But the climbers who scaled Mount Aconcagua are part of a growing group of women who have embraced their culture and reclaimed the term cholitas (often used as a racial slur) as a source of pride.

Antony spent two days with the women earlier this year, photographing them on a climb up Bolivia’s Huayna Potosí mountain. The London-based photographer – who has spent the past few years photographing subcultures and groups of people living extraordinary lives – came across the group while searching for inspiration online for potential new projects. 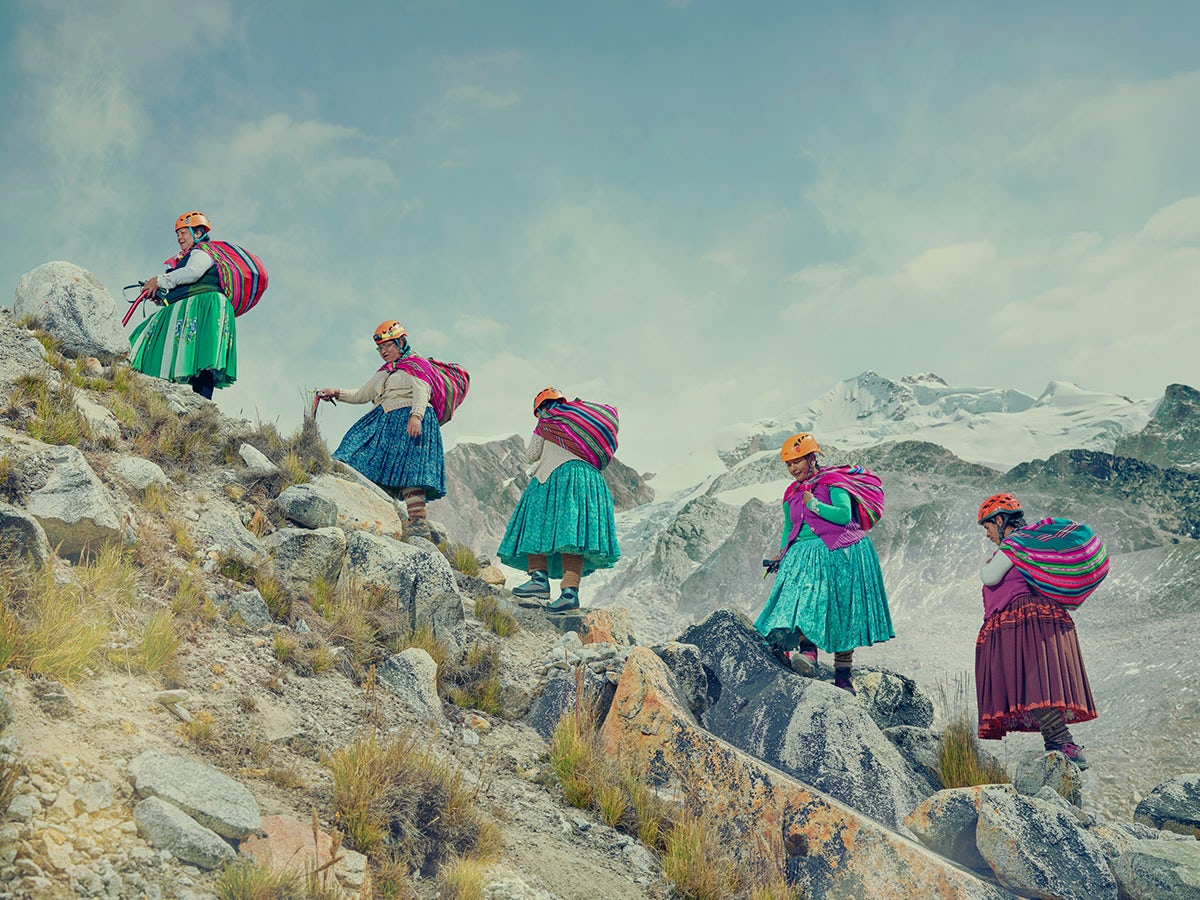 “It was their clothing that stood out initially,” he explains. “It seemed so incongruous with the environment they were operating in. As I found out more about the history of the cholitas and how they have suffered over time, it seemed like the perfect human interest story.”

Creating the series was a gruelling experience – with Antony suffering from severe ­altitude sickness – but one that allowed him to bond with the cholitas and take in the area’s jaw-dropping landscape.

“We’d hike in the morning, and then at lunchtime we’d sit at the foot of this glacier, with this huge mountain towering above us and the most spectacular view you could ever imagine,” he tells CR.

His stylised images have an almost painterly aesthetic – created with the use of flashlights – and offer a fresh take on a story that has captured the attention of media around the world. “I wanted [the series] to feel almost anthropological – like when you go into museums and you see these dioramas or paintings where everything is lit perfectly,” he adds. 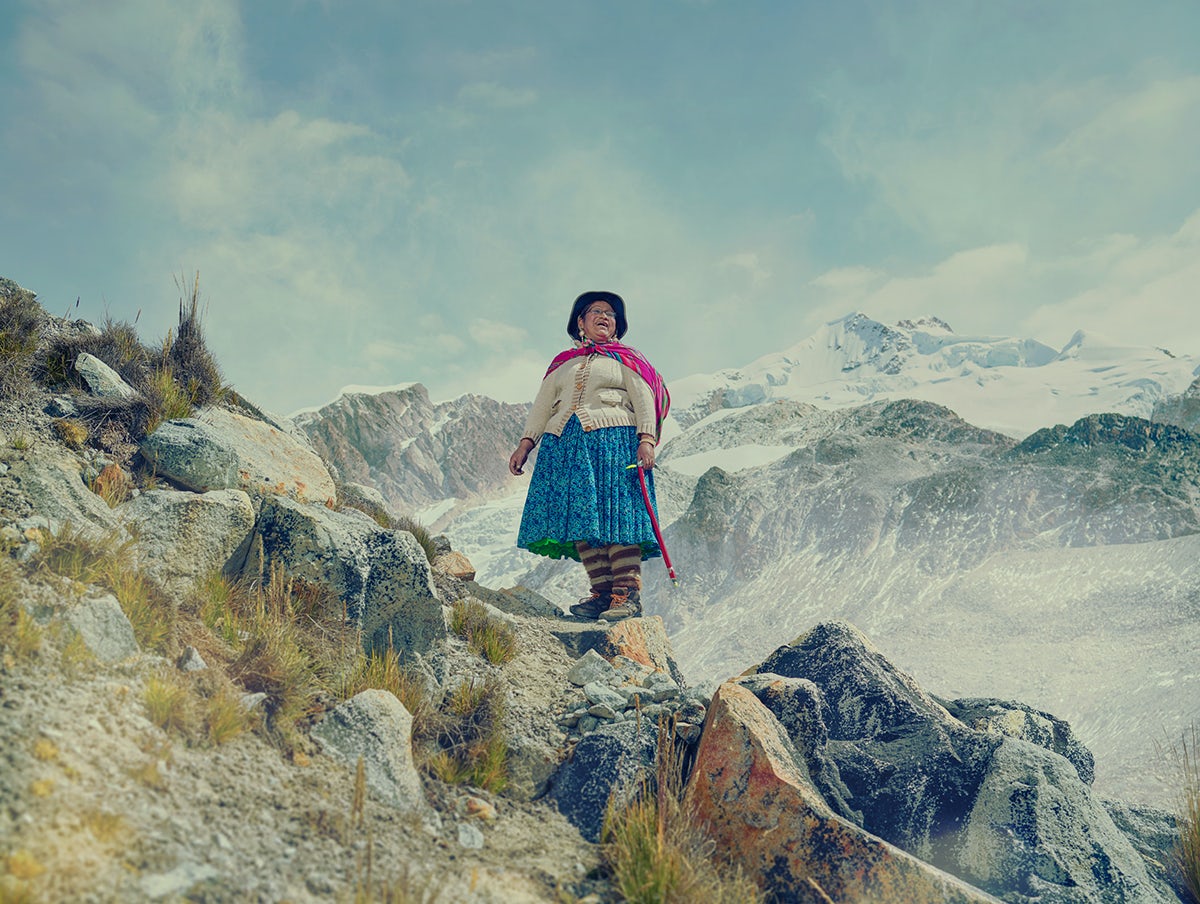 His shots of the women lined up in colourful clothing against a backdrop of thick clouds and snow-topped peaks capture the scale of their climb, while individual portraits of the cholitas are reminiscent of regal paintings from centuries past. “I wanted to show strength and power and their feminism, as well as the history of the cholitas themselves. The portraits are a nod to that – they sort of nod back to the old royal portraits of people with their chins up, looking proud,” he explains.

The cholitas escaladoras’ story is compelling by itself, and Antony’s artistic take on the documentary format encourages us to look at it in a whole new light. “There are so many photographs in the world now, so when I find something that’s piqued my interest, I always think to myself, have we seen this before? And how can I elevate it out of the ordinary so it doesn’t just become a documentary or reportage shot? I guess I’m trying to create something slightly more polished – something out of the ordinary – so it can grab people’s attention just that little bit more.” 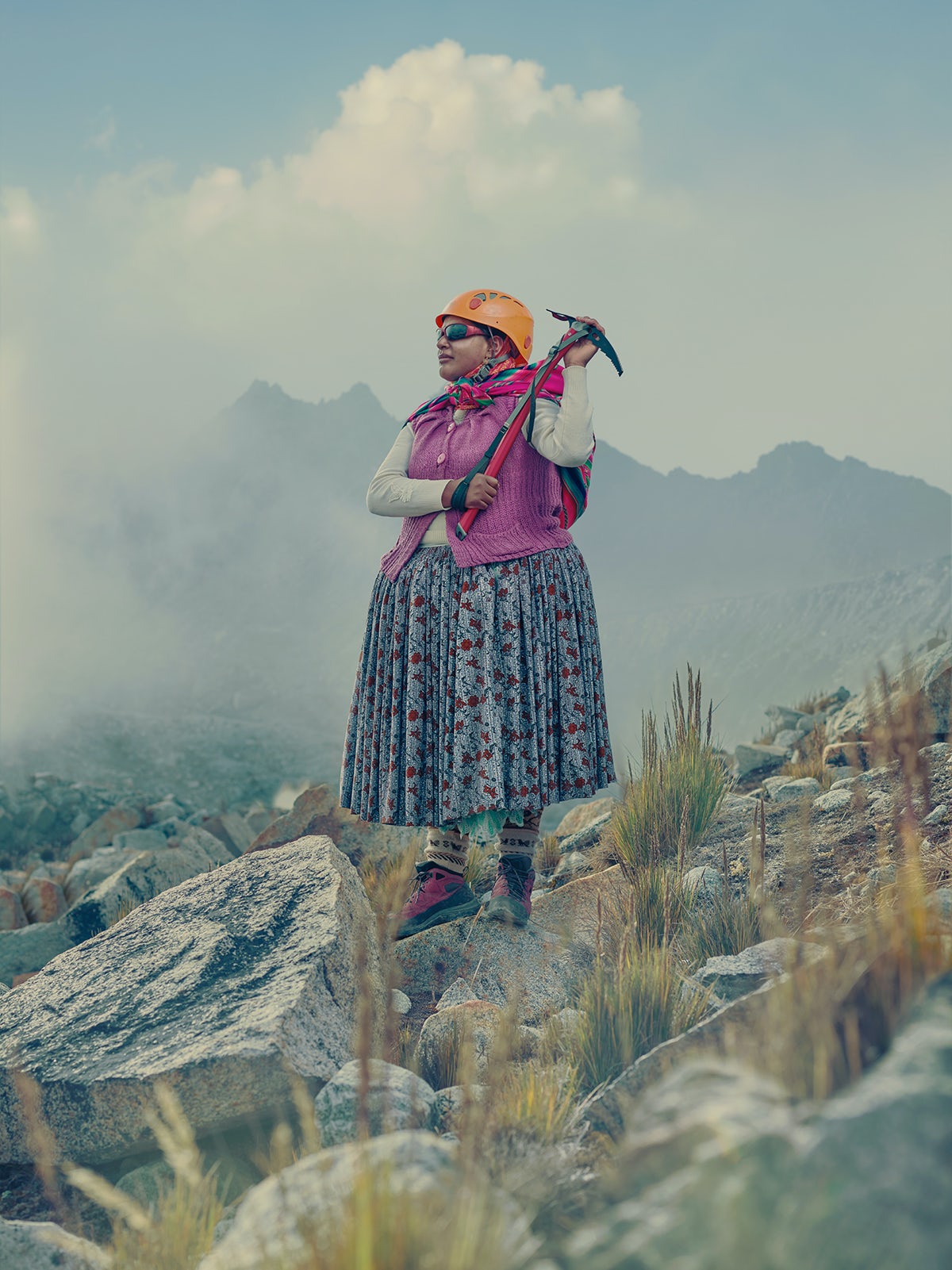 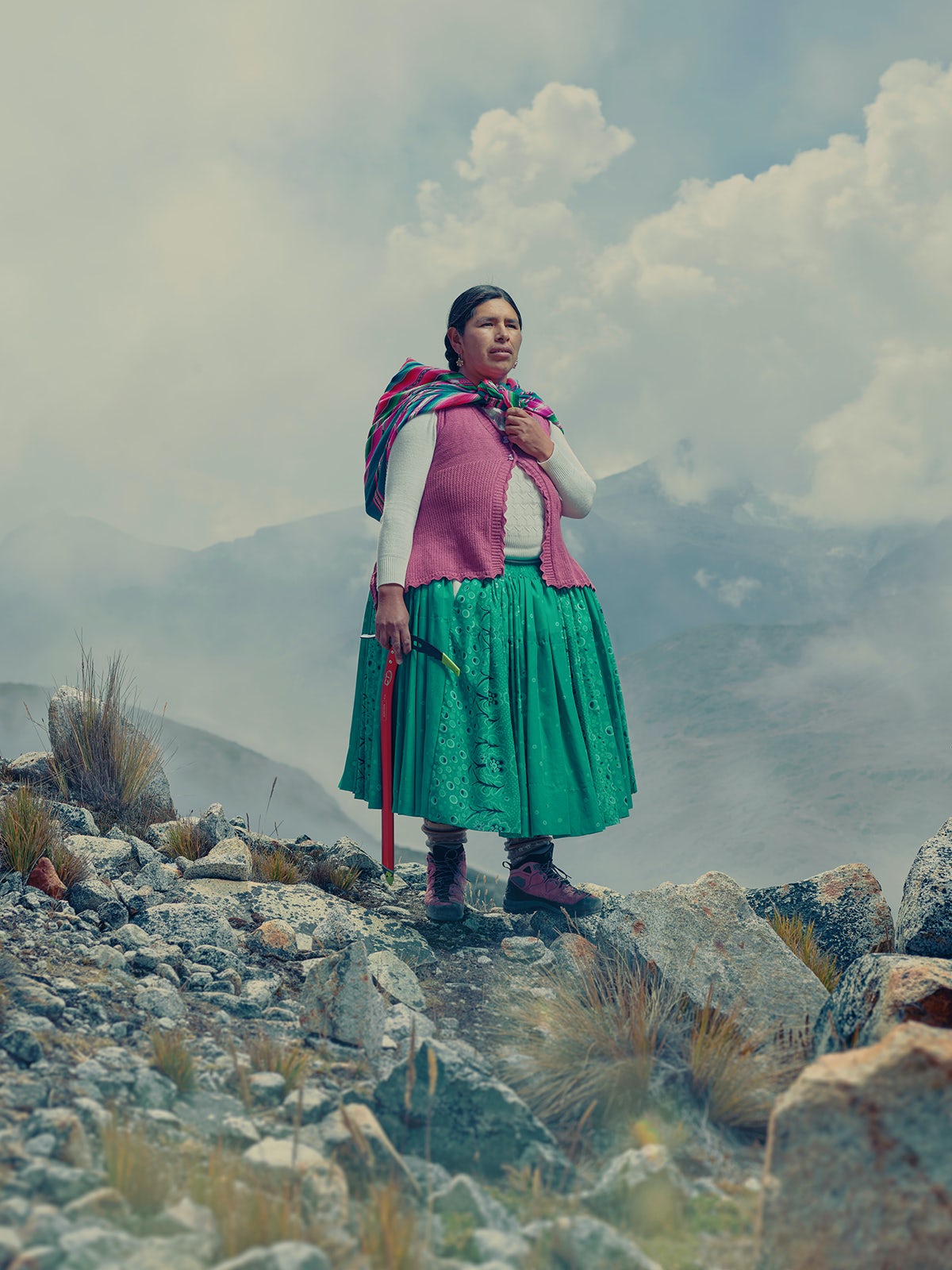 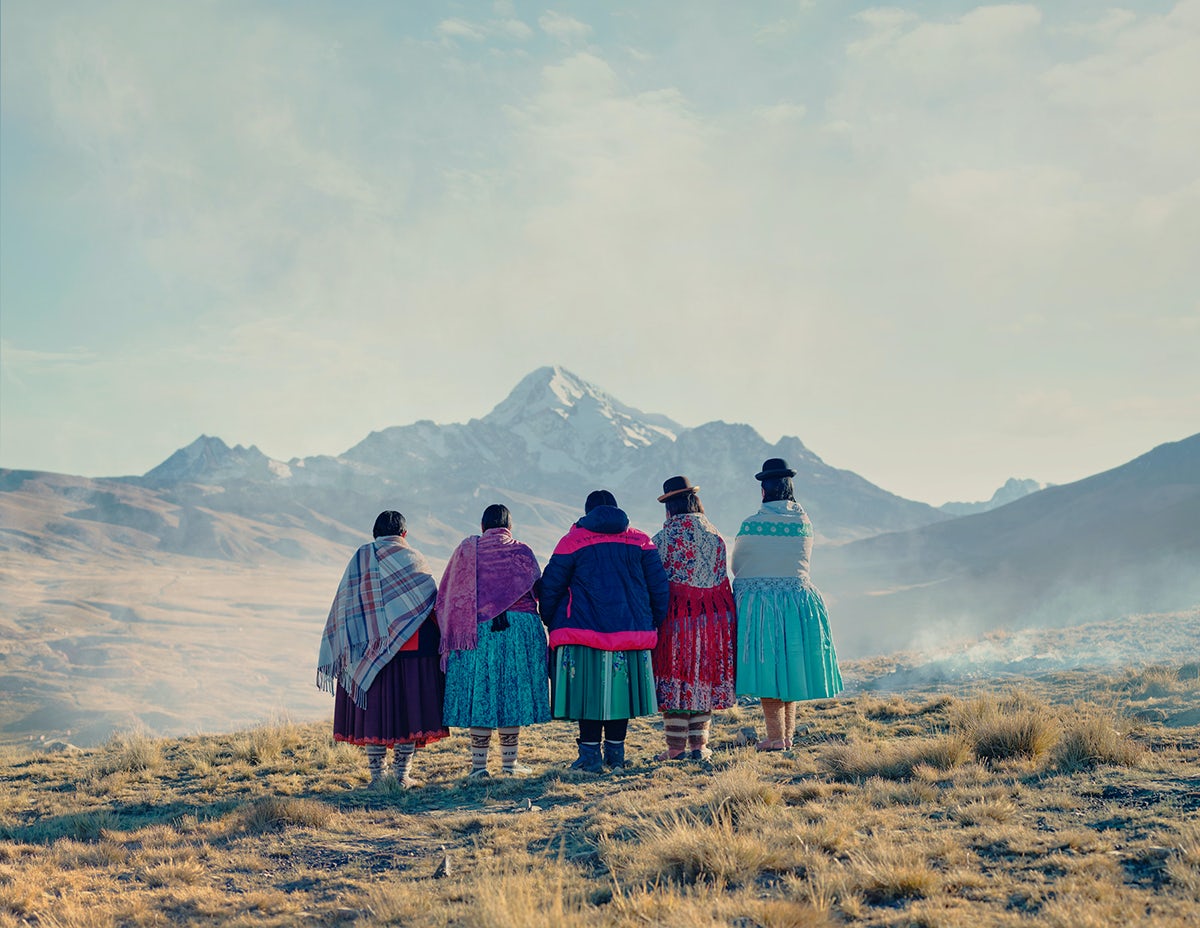